Unraveling the Tragedy of Heterosexuality

When was the last time a straight woman complained to you about cishet men? I can count four times this week, motivated by a mediocre Bumble date, a jealous boyfriend, a growing ennui with dating apps, and a male partner who doesn’t do his share of the housework. These laments often end with a comment like, “Ugh, if only I were into women!” Now in the so-called fourth wave of feminism, straight women tend to reject victim status in almost every context except one: their love lives. They’re self-actualizing by day, victims of their own straightness by night. In her new book, The Tragedy of Heterosexuality, gender and sexuality studies professor Jane Ward explains why “the world’s most glorified relationship is often a miserable one.” Many of her conclusions won’t come as a surprise to queer readers, but they can help us understand the predicament facing our straight friends, or even our own normative desires.

As a bisexual cis white woman, I have one foot in and one foot out of this heteropatriarchal bog. My first and most significant relationship was queer. After that relationship ended and I started dating men, I felt surprised and guilty at how comforting these scripted interactions were. But then they began to feel automated, which made them boring. In this primer on straight culture, Ward explains where these feelings come from. The book’s dedication is even addressed to straight women: “May you find a way to have your sexual needs met without suffering so much.” The sanctimoniousness! The pity! The condescension! People typically don’t respond well to this tone, especially when we’re so accustomed to the “you go, girl!” mode of writing on sex and relationships. In a gesture of solidarity with straight women, whose desires and frustrations are often my own, I will temporarily use “we” when referring to the group.

Ward begins by challenging straightness as a site of security and queerness as one of suffering. While mainstream LGBTQ discourse—dominated by gay white men—has historically promoted biological, “born this way” theories of queerness, the idea of choosing one’s own sexuality is central in lesbian feminist discourse. Ward doesn’t advocate for political lesbianism, which posits sexual orientation toward women as a political choice. Instead, she challenges straight people to own their straightness: “If we abandoned all pretense that heterosexuality is the only option, or that it is easy, simple, automatic, predetermined, and not worth talking and thinking about, how might straight women and men articulate what propels them toward each other, despite all the difficulty?”

This book is a loving lesbian intervention, a defamiliarized look at what we’ve come to expect from heterosexuality: “I have noted that it appears to be perfectly acceptable for straight couples to share few interests, to belittle or infantilize each other, or to willingly segregate themselves during important moments in their relationships.” Ward also questions whether men and women are even sexually attracted to one another. Straight women have made a running joke of our indifference toward penises and straight men seem to desire women’s bodies only very provisionally, depending on their size, youth, and hairiness. Straight people aren’t completely oblivious to these issues. Beyond complaining to friends, we also gorge ourselves on relationship self-help media. In a delightful short history of this genre, Ward demonstrates how the “heterosexual-repair industry” has capitalized on straight people’s disappointment for more than a century.

These books and movies reinforce the myth of men and women’s innate difference, reconfiguring it as a scientific fact and even a field of study. Gender difference is used to sell things, to legitimize wage gaps, to extort domestic labor from women, and to justify sexual violence. But it also turns us on. According to Ward, straight culture is the “romantic arm of misogyny, wherein the delicate coexistence of hate and love, the slap and the kiss, would come to represent the heteroerotic.” Mutual dislike and violence are not an unfortunate bug in the heteropatriarchal system; they’re fundamental to it. So fundamental, in fact, that self-help writers ground their solutions to heterosexual disappointment in the very “difference myth” that causes it. Ward notes the classic example of this paradox: the 1992 bestseller Men Are from Mars, Women Are from Venus: The Classic Guide to Understanding the Opposite Sex. Although Ward doesn’t address romantic comedies, which often deliver self-help messages via fictional narratives, these films clearly illustrate her thesis.

When Harry Met Sally (1989) features enough philosophizing on male and female differences to fill a self-help book. Other romantic comedies are explicitly tied to these books: Think Like a Man (2012), based on Steve Harvey’s 2009 bestseller, Act Like a Lady, Think Like a Man, and He’s Just Not That Into You (2009), based on Greg Behrendt and Liz Tuccillo’s popular 2004 book. Although critiques of the gender binary are becoming more mainstream, we cling to the difference myth as if it is the precious source of all heterosexual eroticism. Ward even calls out Esther Perel, the widely adored couples’ therapist, who has built her career on the idea that overidentifying with a partner kills desire. Meanwhile, by focusing on gender as the predominant type of difference, straight people fail to recognize other types of difference: race, class, ability, trans/cis identity.

Like many American traditions, the relationship self-help genre was born out of white supremacy. The earliest American marriage guides were intended to ensure white women’s marital happiness and, in turn, their race loyalty. Meanwhile, racist ideas about the Black woman’s inordinate strength have cast her as the archetypal “survivor” of heterosexuality. Ward locates this trope in popular music (from Gloria Gaynor to Lizzo), in film (Waiting to Exhale), and most famously in Beyoncé’s 2016 visual album, Lemonade. Ward suggests that Beyoncé’s performance of resilience is yet another example of straight women’s preoccupation with “fixing relationships with individual men rather than identifying hetero norms and heteromasculinity themselves as fundamental problems.” This dismissal is unfortunate, since Lemonade features the very type of conscious heterosexuality that Ward champions. In it, Beyoncé explicitly treats the historical and cultural forces impinging on her 21st-century Black heterosexual marriage.

Continuing her critique of Lemonade, Ward expresses the core frustration of her book: male partners (in this case, Jay-Z) who seem to care very little about maintaining their romantic relationships with women. Ward’s solution—rather than advocating for the “queering” of straightness—is for straight men to become more straight. To “put their politics where their lust is.” To “desire women humanely.” To “fuck and to be feminist comrades at the same time.” She calls this “deep heterosexuality,” and in her final chapter, she lays out some central tenets of lesbianism as guidelines. Most critical is the idea of love as an encounter between two subjects, in which each person reaffirms and delights in the subjectivity of the other. Reading this book was a pleasure. It was interesting, fun, quotable. I Snapchatted passages to my friends who complain about men. Paradoxically, this easy consumption reminds me of the very self-help books Ward critiques.

While this book is addressed and marketed toward straight women, it doesn’t offer a concrete course of action. It’s also missing the “you go, girl!” energy that evaporates when an author moves from an individual to a structural analysis. After all, if the redemption of heterosexuality depends solely on men, women aren’t left with much to work with. A tragedy is a tragedy because its characters cannot escape their fates. And by including the word “tragedy” in the book’s title, Ward stresses the grand proportions of straight suffering and the “pity,” as Aristotle wrote, that it arouses in spectators, including the author herself. Within this framework, Ward’s concept of “deep heterosexuality” is a deus ex machina that improbably flies in at the last minute to save the day.

Critics have ridiculed this dramatic device for centuries, arguing that it betrays the playwright’s inability to work within the narrative they have created. I reacted similarly to Ward’s schematic presentation of “deep heterosexuality,” which improbably concluded a convincing study of the institution’s inherent flaws. Maybe it would help to reimagine this work in a different genre: utopian literature. A century ago, the Marxist philosopher Ernst Bloch distinguished between “compensatory utopias” that are meant to console versus “anticipatory utopias,” which imagine a future that can actually be built. It’s up to readers—and lovers—to determine which category “deep heterosexuality” belongs in. 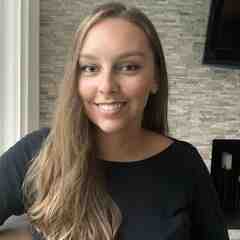 Fiona Bell is a culture writer and translator of Russophone literature. Her work has appeared in Asymptote Journal, the Los Angeles Review of Books, Full Stop, and elsewhere.