How Jennelle Eliana Is Changing the #VanLife Movement | Bitch Media 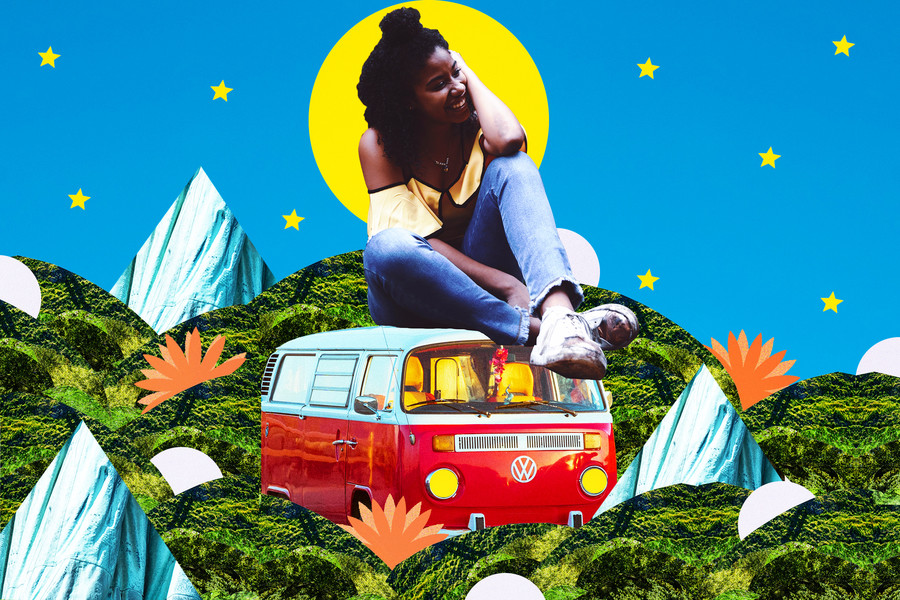 Jennelle Eliana spends her days driving a baby-blue 1995 GMC Vandura Explorer around California with her pet snake, Alfredo. The 21-year-old first popped up on YouTube with a tour of her van on June 26. After three weeks and one more video, she had gained a following of 1.3 million subscribers—an unheard-of number for a new YouTuber. A quick search of Eliana’s name yields many conspiracy theories about her success: She bought her followers, or she’s an industry “plant” who secretly works for YouTube. But the truth is probably much simpler. Eliana’s videos are about #VanLife, a topic that is booming in popularity at the moment. And unlike other #VanLife folks, she’s a Black woman.

Foster Huntington, the originator of #VanLife, moved into a Volkswagen T3 Syncro in July 2011 before coining the hashtag and rising to Instagram fame. The tag has since been used more than 5 million times, often by others who have adopted the same lifestyle. Use of the hashtag is most popular among young people, in particular millennial couples and single folks. It’s easy to understand why van life appeals to young people: The lifestyle offers financial autonomy and affordable housing in an age where such things are increasingly scarce. It also shifts the focus away from traditional markers of success, like owning a home or starting a family, that many young people simply can’t count on achieving. Instead, it emphasizes exploration, independence, and simply enjoying life.

Plus, #VanLife is cool. Browse through the hashtag on Instagram and you’ll see many of the same stunning visuals over and over. The back doors of a van open up to a gorgeous vista. A thin white woman does yoga on top of a van at sunrise. A straight white couple cozies up together in a van decorated with string lights, tapestries, and plants. A white guy surfs, his van visible at the top of a cliff. But something important is missing from all this beautifully curated inspo content: The vast majority of it only features white people.

In many ways, #VanLife’s dearth of racial diversity isn’t surprising. Road travel has always been a risky proposition for people of color in the United States: From being needlessly pulled over by police to being threatened, harassed, or refused service, Black travelers continue to face a litany of dangers on the road. There’s also the fear of “looking poor” in a country where many Black people depend on wealth as a barrier of protection against racism. These are among the reasons my family was one of the only Black families doing the van thing when I was a kid. Growing up in 1990s Philadelphia, I’d never seen anyone living in a vehicle who wasn’t doing so out of absolute necessity (see: trailer parks). I didn’t even know anyone who used a van for travel. My family was an anomaly: My parents, an interracial couple, owned two Volkswagen buses during my childhood. First was the lime-green Westfalia, and then the beige Vanagon. Our family of six routinely crowded into these vans for camping excursions and road trips, never imagining that someday those same VW buses would become the quintessential status symbol of a lifestyle trend. 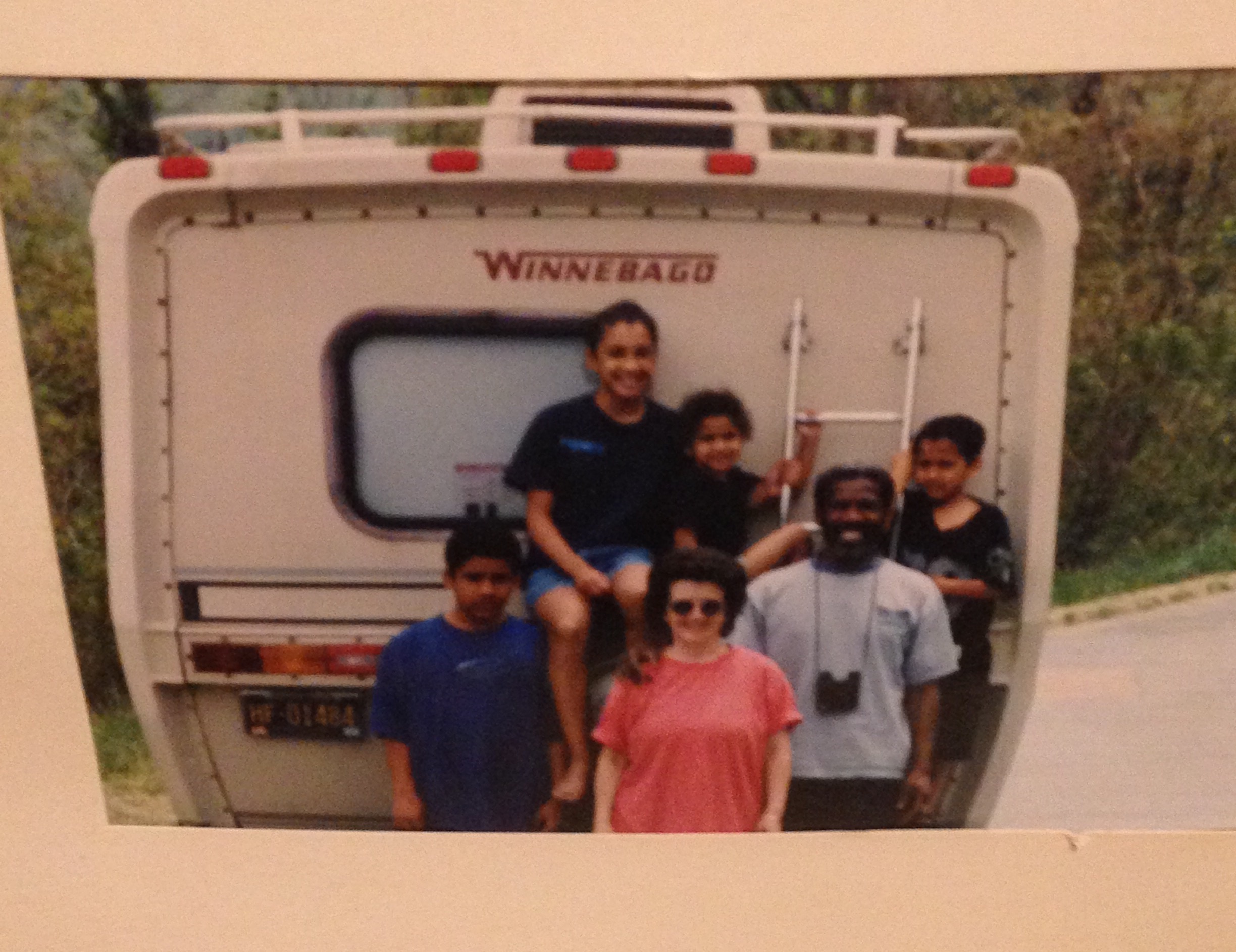 For many years, our trips in the van were the only vacations I ever knew. When the buses became too crowded, my parents bought a 1983 Minnie Winnebago, a 21-foot-tall RV that slept six. Our trips were sometimes quite long, and the Winnebago frequently broke down and required some type of repair. We often ended up camping overnight in the middle of nowhere, surrounded by white folks, full of fear. As the youngest of four visibly Black siblings, I recall the fear and discomfort of these unexpected nights well. But thinking about these trips years later also evokes a sense of adventure. I remember clambering around the crowded RV as we drove, singing along to the same cassette tapes over and over. I also recall the satisfaction of popping up the hood of the bus to reveal a full bed inside. I felt like my family and I could go anywhere in our van. White supremacy complicated that freedom, but it didn’t take it away completely. It certainly didn’t take away the desire for more.

This fraught, bittersweet relationship between Black people and the art and culture of road tripping is nothing new. When cars first became popular in the United States, they symbolized a new freedom for Black people, an alternative to segregated public-transportation systems. Since then, Black folks have come up with creative ways to balance the freedom of the road with the threats of racial discrimination and white supremacy—most famously, The Negro Motorist Green Book, which for 30 years was published by Victor Hugo Green as a kind of secret map to hotels, gas stations, restaurants, and other services safe for Black road trippers.

All this considered, there’s no reason that #VanLife shouldn’t feature Black people in its sunny, vibrant, adorably cozy Instagram grids. We, too, thirst for adventure and novelty and freedom from the nine-to-five life. It’s 2019, and when we search for images that both reflect and inspire those longings, we deserve to see ourselves. But the #VanLife movement seems utterly oblivious to the people it leaves out. It’s rare to even spot a brown-skinned person in the sea of thin, white young people that is the #VanLife hashtag, let alone a post that acknowledges the way racial dynamics impact or impede people’s road-trip experiences. Moreover, the working-class people who have been living out of vehicles for decades—arguably the true originators of van-life culture—are nowhere to be found.

I felt like my family and I could go anywhere in our van. White supremacy complicated that freedom, but it didn’t take it away completely. 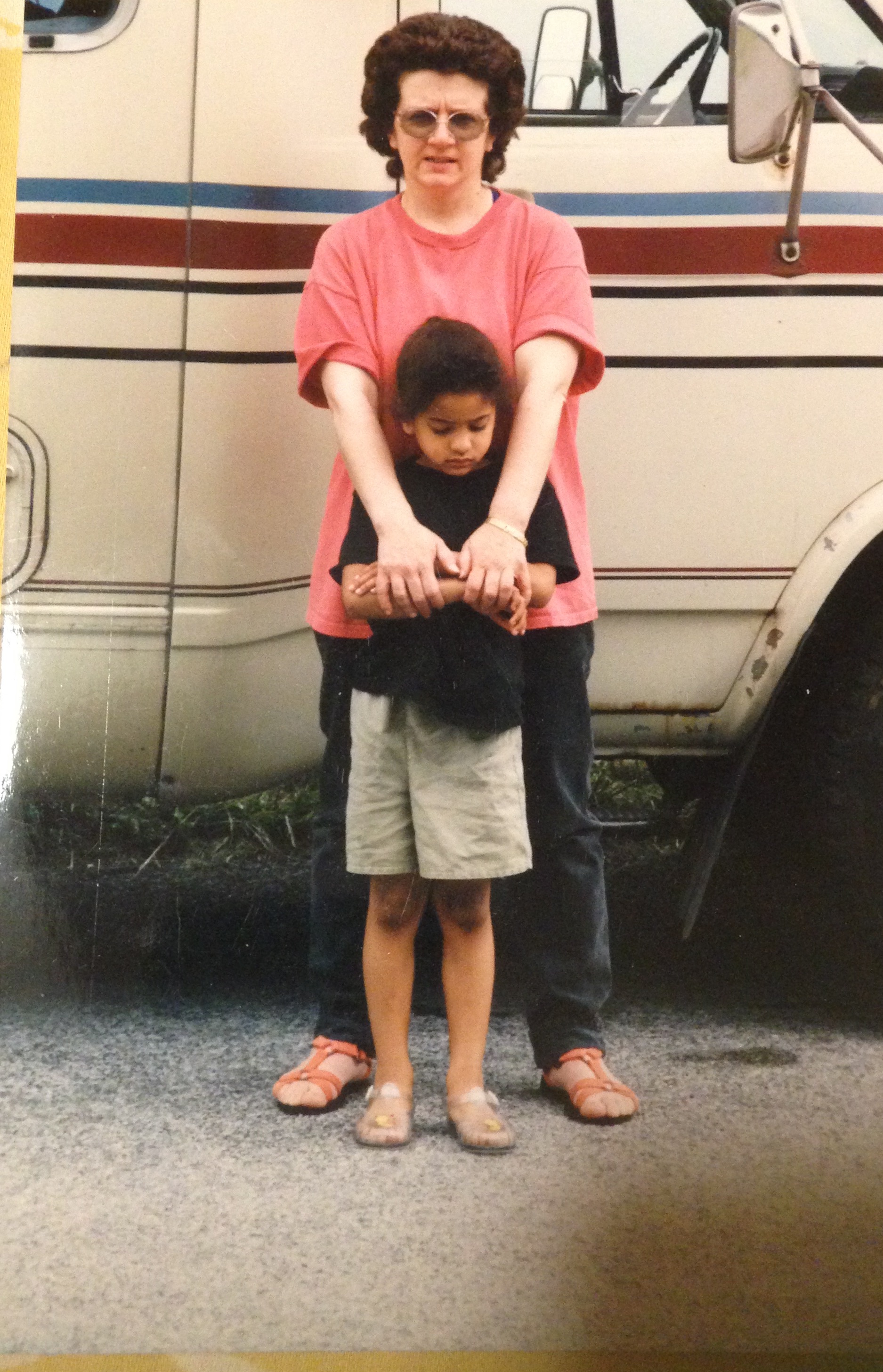 This, in part, is because the privileged stars of #VanLife are more than just hobbyists: Many of them make a full-time living as #VanLife influencers. They get paid by brands to drive their photogenic vehicles to specific destinations and post sponsored content at every stop. They enjoy free surfing and biking gear and often get free maintenance on their vans. They rarely worry about dealing with racists or looking poor. For years, I couldn’t stomach the #VanLife movement at all.

And then Jennelle Eliana appeared. I first encountered Eliana on Twitter, and was so excited that I subscribed to her channel even before I even had time to watch. It’s not that Eliana was the first-ever Black van-lifer—Crystal Vanner, Paris and Lovell Lee, and @tinytimetravelers already occupy a niche, and the hashtag #BlackVanLife exists. But Eliana has captured almost 2 million viewers’ attention, and is only continuing to rise in popularity. Her videos are refreshing and easy to watch; she’s a natural on camera, and she clearly has a knack for filming and editing. But more important is that, as a Black-girl #VanLifer, Eliana embodies a carefree openness and spontaneity that often feels inaccessible to Black women.

She travels around California, hiking and surfing and exploring new cities. She says she has never really worried about her safety (until becoming internet famous, that is). In this sense, Eliana and her videos are aspirational. But she’s also relatable: She left home at 18 to support herself, complains about her van’s lack of a bathroom, and still worked a full-time job when she started her channel. And as a Black and Filipina girl with big curly hair and a trendy, thrifted wardrobe, she’s extra relatable to me. In an August episode of the YouTube interview series A Conversation With, Eliana told host Philip DeFranco that 70 percent of her viewers are women in her age range. For young Black women, who face the double danger of being Black and female, Eliana’s van life seems pretty damn ideal.

It’s a window into what kind of lives could be possible for us in a more perfect world, one that’s free of -isms. Eliana says she posted her videos for a simple reason: fun. She doesn’t explicitly dive into her racial identity in her videos, and it’s not clear that she was trying to be groundbreaking when she uploaded her van tour on June 26. To me, a Black woman who grew up “vanlifing” before hashtags existed, Eliana’s success makes all the sense in the world: She’s living, breathing proof that an expansive world of picturesque adventure is as possible for young Black women as it is for their white counterparts. Eliana’s videos have tapped into something much larger than herself. Her channel brings back that feeling of endless possibility that felt as a kid in a van, watching the road go by with my family. It’s a feeling that the #VanLife movement has never given me before. After years of frustration over the sheer white privilege of #VanLife, Eliana is a hugely welcome relief. 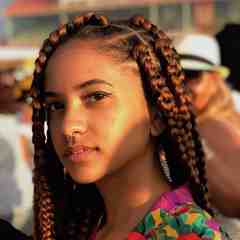 Kim Wong-Shing is a writer with bylines in Autostraddle, Men’s Health, Bustle, and other publications. She grew up in Philadelphia and is now based in New Orleans.