Doing Nothing Is a Radical Idea for Marginalized People 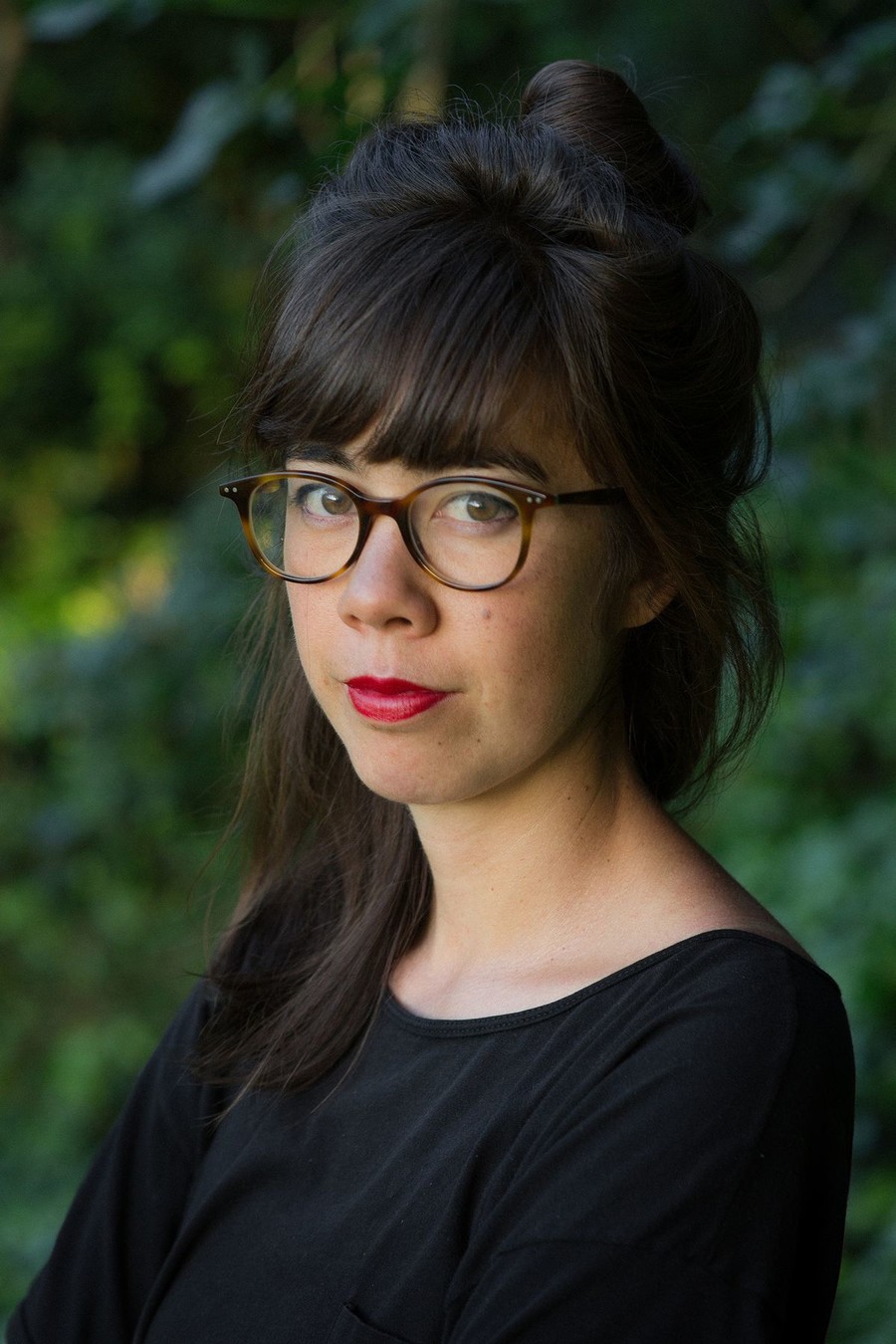 On a recent trip home to Florida, I asked my 72-year-old grandma if, throughout her long life, she has ever stopped to just do nothing. Mama Gorda (our affectionate nickname for her) answered incredulously: “No! I have to be productive. I have to.”

Like Mama Gorda and so many other brown women in my life, I also suffered from the constant need to work. I viewed moments of stillness as inefficiency. Doing nothing meant being lazy, useless, and a waste of space. To work was be worthy, so I busted my ass juggling jobs, part-time retail gigs, and research opportunities to the point of extreme burnout. But I realized almost immediately after I left my social-media job to freelance that, for me, free time feels suffocating. Like many other marginalized people I know, I found myself feeling guilty for doing something frivolous when I could be hustling instead. And then I felt even worse for not appreciating the fact I had free time. So I picked up Jenny Odell’s How to Do Nothing: Resisting the Attention Economy in part to contextualize my own experience, and to see if I could shed this work-related anxiety.

How to Do Nothing isn’t a book about being comfortable with absolute nothingness; rather, it’s about how divesting your attention from the ever-growing list of things that demand it can be the most radical form of resistance. Odell, an artist and writer from Silicon Valley, argues that our attention has become a commodity within our capitalist society, something that she argues is ultimately harmful to our well-being. “In a situation where every waking moment has become the time in which we make our living,” she writes, “and when we submit even our leisure for numerical evaluation via likes on Facebook and Instagram, constantly checking on its performance like one checks a stock, monitoring the ongoing development of our personal brand, time becomes an economic resource that we can no longer justify spending on ‘nothing.’”

In 2005, just 5 percent of American adults used at least one social media platform, according to the Pew Research Center; today, it’s 72 percent. Women use Twitter, Facebook and LinkedIn more than men, for networking and job-seeking as much as for social connections. Furthermore, social media has been the backbone of crucial activist and cultural movements for people of color. #BlackLivesMatter is the first to come to mind, but #YouOKSis, a campaign against street harassment faced by Black women and other women of color, and #OscarsSoWhite are prime examples of online discussions serving as an impetus for change.

In many ways, participation in the attention economy is necessary for marginalized people in order to do everything from community building to finding work. This isn’t a truly new phenomenon for women of color. While having to carefully hone a social-media presence—something that can feel like performance—in order to be visible to potential contacts and employers (even for those of us who don’t seek to become influencers) is a new development, women of color have been participating in the attention economy for years. In fact, they’re often penalized for playing the game. Tech reporter Sarah Jeong, for instance, cultivated a following on Twitter via tweets that offered a critical perspective on tech culture and spoke to her existence as an Asian American woman. When she joined the editorial board of the New York Times in 2018, alt-righters dredged up old tweets and accused her of racism against white people, which resulted in a wave of online abuse against the writer that underscored how the attention economy is almost always a double-edged sword.

Marginalized women, in many ways, have to pay attention. Who else is going to spotlight, signal-boost, and respond to the way we are erased, co-opted, and scapegoated? From childcare to side gigs to breaking barriers in the workplace, there isn’t a moment for rest, especially when Latinx and Black women continue not to see pay equity coming our way any time soon. White-owned companies—think the Kardashians—profit off the image and labor women of color forge for themselves online. Pop artists appropriate music styles that aren’t theirs (hi, Miley!), while Instagram influencers lean into “appearing” Black online. And let’s not forget all of the brands that capitalized on “on fleek,” a catchphrase coined by Peaches Monroe, a Black woman, on Vine in 2014, and 2018’s “big dick energy.” Pop culture, as a whole, monetizes and values Black, Latinx, and Asian cultures, but does not let us benefit from being ourselves online, despite the level of effort, attention, and digital participation these appropriated personas require. 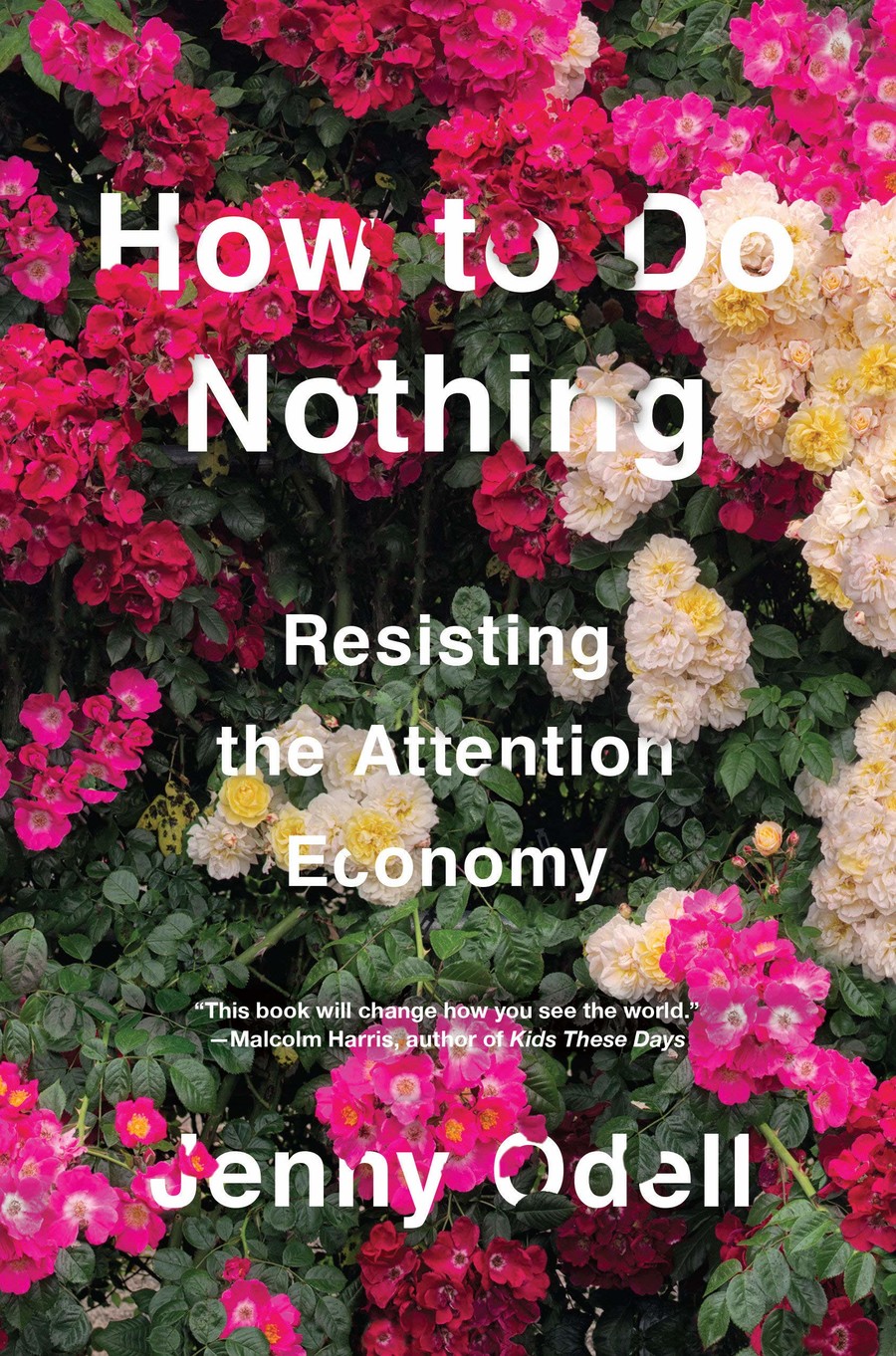 Jenny Odell's How to Do Nothing: Resisting the Attention Economy (Photo credit: Melville House)

Odell notes that this constant diffusion of attention winds up distracting us from the things that matter to our very existence. Because “hustle” and “girl-boss” culture have coded spending time with our communities and our physical environment as unproductive, activism on the local level can be more difficult than it once was and self-care is practically impossible. While plenty of people participate in a form of hashtag activism (a valid, though very often-critiqued way of connecting with others on an issue online), it’s tricky to move past posting or retweeting something you agree with and to explore activism in non-digital spaces given our current penchant for relying heavily on social media as a means of engagement. Getting involved with your immediate neighbors—and, therefore, immersing yourself in the communities you understand and can best contribute to, is something Odell herself cherishes. Taking a moment to volunteer at a nearby park, joining a CSA, or getting acquainted with local advocacy organizations are all prime examples of activism that doesn’t depend on engaging with the attention economy.

However, Odell is less interested in the all-too-common refrain that the only way to push beyond this is to delete all social media or to live off the grid, something that is often beyond the reach of marginalized people, as many of us don’t have the funds or means it would take to remove one’s self from digital spaces entirely, and rely on our identity-based online communities in real and valuable ways. Instead, she advocates that those who feel sucked into the attention economy and seek escape actively slow down and reconnect with neighbors and with nature.

While Odell briefly acknowledges the privilege of free time, she spends much of How to Do Nothing critiquing the ways that the attention economy causes us harm. When labor activists in the 20th century lobbied for the eight-hour workday (their rallying cry: “Eight hours for work, eight hours for rest, and eight hours for what you will!”), free time was something reserved exclusively for the wealthiest citizens. To some extent, it still is: For those who work multiple jobs, and whose income relies on both the gig and attention economies, free time is often devalued—after all, why grab a moment to yourself if you aren’t going to maximize it? The toxicity of our capitalist society casts free time as validating—as “worth it”—only if it improves our ability to be productive workers.

We can try to force ourselves to be what a capitalist economy desires—complacent, free-idea generators that others capitalize on—or we can burst out of that mold. That’s what’s radical about How To Do Nothing: Odell’s proposition that “nothing” is a path to clarity, rather than simple inaction, is a reminder that once we start paying attention to our communities and environments, we can find more energy to focus on fighting the injustices we are currently too busy or stressed to address. Using our free time the way we want to is perhaps the only way to stay sane in the midst of continual marginalization. Doing “nothing” is the last resource we have.

Read this Next: Young Feminists of Color are Transforming the Labor Movement