Jerry Harris and the Dark Underbelly of “Cheer” 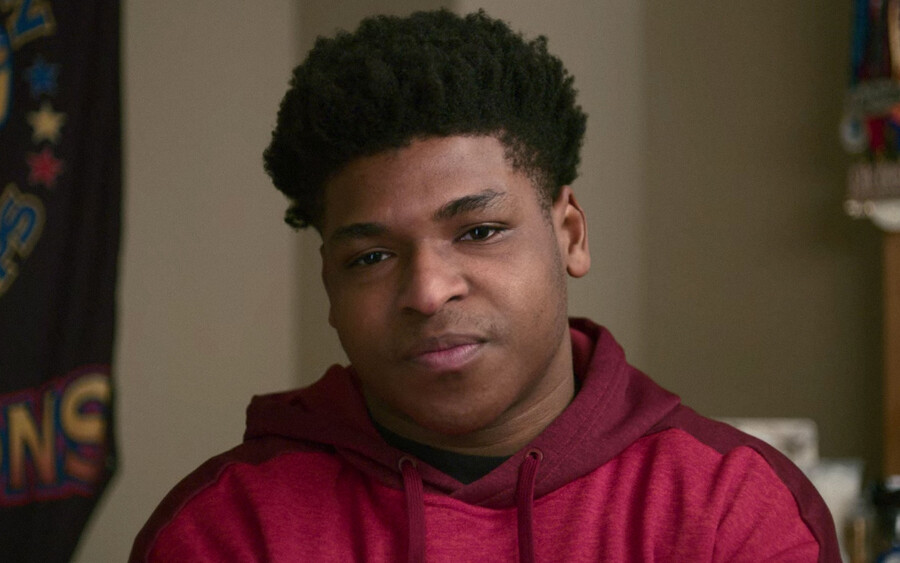 Netflix’s Cheer became an overnight phenomenon after debuting in January. The six-episode docuseries, which follows Navarro College’s cheerleaders in their nonstop preparation for the Daytona Beach cheer competition, was as much about cheerleading as it was about the lives of the cheerleaders themselves. The Guardian called Cheer a “Netflix megahit”; Cosmopolitan invited the cast to do a TikTok challenge; and Forbes made a list of “business lessons” to be garnered from the series. Coach or “queen” Monica Aldama appeared on The Ellen DeGeneres Show, and Oprah Winfrey invited Aldama and cheerleaders Gabi Butler, Lexi Brumback, and Jerry Harris—an instant fan favorite and undoubtedly the show’s biggest star—to do some “mat talk” on her live tour.

A Black, gay, 21-year-old from Illinois, Harris was unfailingly positive and had an underdog story that viewers immediately latched onto. Though his mother died from lung cancer when he was 16, his effervescent attitude seemed to be proof that people who hope and try hard enough can find happiness. Throughout the show, Harris desperately wanted to make mat—and get to compete at Daytona—and we watched him fail and succeed with baited breath. Our obsession with Harris went beyond watching him on Cheer: Ellen brought him to the Oscars to interview celebrities on the red carpet and people enthusiastically cheered him on from afar. Harris also signed with an influencer management company, leading to a number of different deals with Cheerios, Walmart, and other brands.

Then it all came tumbling down. On September 18, Harris was arrested on child pornography charges. USA Today interviewed two twin brothers, also cheerleaders, who “described a pattern of harassment, both online and at cheer competitions, that started when they were 13 and Harris was 19.” USA Today reports that Harris contacted one of the preteens through Snapchat and encouraged him to send sexually explicit videos and photographs. The twins allege that Harris knew how old they were and that he used cheerleading to connect with them and maintain access to them. Originally, the family didn’t want to make these allegations public, deciding instead to focus on protecting their children and removing Harris’s access, but their mom told USA Today that she decided to come forward once she learned that the boys had also been sexually assaulted by a cheerleading coach.

They weren’t Harris’s only alleged victims. The New York Times reports that in interviews with law enforcement, Harris “admitted to exchanging sexually explicit photos on Snapchat with at least 10 to 15 people he knew were minors, having sex with a 15-year-old at a cheerleading competition in 2019 and paying a 17-year-old to send him naked photos.” Harris is now in federal custody. “I am devastated by this shocking, unexpected news,” Aldama said on Instagram when Harris was arrested. “Our children must be protected from abuse and exploitation and I’m praying hard for the victims and everyone affected.” The news was shocking, even to those in Harris’s close inner circle, but it also solidified one thing: Cheer should’ve never become a viral success or being viewed as aspirational. Instead, it should’ve been understood as a violent disaster in which manipulation is the name of the game.

Cheer didn’t approach cheerleading as we’ve come to expect it in films of the early aughts, including Bring it On (2000), Gotta Kick It Up (2002), and Man of the House (2005), with lessons about working together, building solidarity, and realizing that teammates have more in common than the audience thought they did. In these films, the team became a means of better interrogating the self—not an excuse to do away with the self entirely. Instead, as Jia Tolentino wrote in the New Yorker, Cheer caught fire quickly because it was so devoted to bending long-established rules and perpetuating an abusive pathos. “In cheerleading, as in gymnastics, the upper difficulty level is being pushed higher at a thrilling and alarming rate,” Tolentino wrote. “Much of what the Navarro cheerleaders do onscreen was barred from competition, if not physically impossible, when I was cheering at a Texas high school, in the early two-thousands.”

Cheer went all in on breaking boundaries, and showing what becomes of people who devote their all to competing in a sport at the highest level. And we loved it. For these cheerleaders, many of whom have led difficult lives full of drugs and violence, there’s also a devotion to devaluing the self in pursuit of a singular goal. At times, Cheer felt like the Freedom Writers (2017) of cheerleading: a show about a white woman plucking marginalized teens into greatness by a white woman and using them to do her bidding. As Morgan, a 98-pound white girl who was abandoned by her parents, explained in the series, “People have broken their necks doing this, but Monica needs me to do it so I’ll just do it. I would take a bullet for her.” Another cheerleader, La’Darius, who was bullied and physically attacked for being a gay, Black boy, says that cheering gave him something to live for. Given their devotion to Aldama, these teenagers were willing to risk their bodies—concussions, twisted ankles, and an escalating series of other injuries—to please their savior and reach heights that seemed impossible before.

The shows we so enthusiastically consume can transfer power and trust to people who will wield it violently.

Breaking rules means nothing in their push to go further, harder, and higher. “Cheer’s hardworking, eager-to-please athletes are indeed transcendent,” Amanda Mull wrote in the Atlantic. “But Cheer doesn’t let their victories shine. Instead, the series tells one of the oldest, darkest stories in American sports—of athletes with no pay and little support breaking their bodies again and again, all for the greater glory of an authority figure they dare not question.” Indeed, as Mull declares, the show is “built on a pyramid of broken bodies,” so who’s surprised that the same lack of boundaries that allowed injuries to go unchecked and for 100-pound girls to be tossed into the air, dropped, and then forced back onto the mat also leaves space for team members to harm other children? When Harris was given power, he used it to abuse kids who likely respected and admired him not only for being an excellent cheerleader, but for his success.

The boys he abused are victims, and we also have to recognize that the shows we so enthusiastically consume, especially in the age of social media, can transfer power and trust to people who will wield it violently. It’s time to let go of Cheer and, as we do, we should also consider how we can more thoughtfully engage with the media we consume. It’s one thing to engage with a show. It’s another to build a cult of personality over someone you have never met despite having no real sense of their ethics or morals. While audiences sympathized with the team’s bad decisions and even understood Aldama’s aggressive coaching practices, these allegations are a failing that even this team can’t brush off.

Read this Next: Hey Hey! Ho Ho! Where Did Radical Cheerleaders Go? 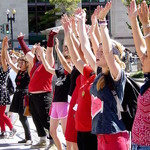 by Christine Ro
A brief history of radical cheerleading, which mixes peppy chants with anti-establishment politics.

When Our Heroes Fail Us

The Problems With Bemoaning a Rapist's "Once-Promising Future"

“You” and the Excuses We Make for Traumatized Men