Jessica Darling Saved Teen Girls in the 2000s. Can She Do It Again? 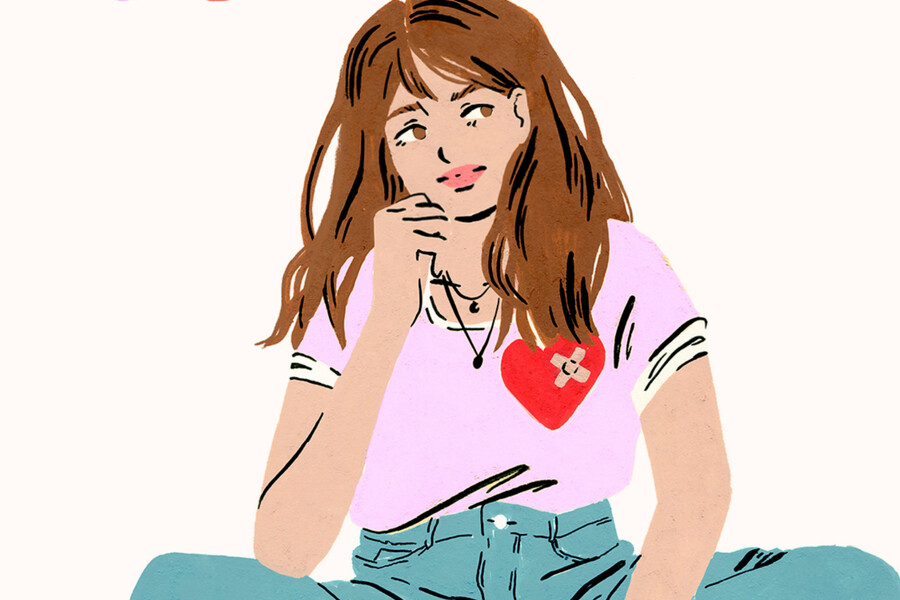 For the uninitiated, Megan McCafferty’s Jessica Darling YA series, published between 2001 and 2009, follows the adventures of the eponymous Jessica, a brainy, disillusioned high school girl from suburban New Jersey. The books open on the eve of Jessica’s 16th birthday, after the unthinkable has occurred: Her best friend, Hope, has moved away. Jessica hates all her other friends and despises her high school’s beer and football rah-rah culture. She doesn’t connect with her parents and despite being a star scholar-athlete, she hates everything but obsessive journaling (the books are written as diary entries) and her burgeoning secret friendship/flirtation with Marcus Flutie, a reformed-druggie-turned-genius. Marcus and Jessica dance around each other, play mind games, and, throughout the decade covered by the five books in the series, eventually become an on-again-off-again couple.

We also watch Jessica deal with many other rites of passage: her waning and waxing long-distance friendship with Hope, her strained dynamic with her parents, and her fluctuating relationships with classmates and mentors who surprise her for better and for worse. Called “Judy Blume meets Dorothy Parker” by the Wall Street Journal, these books became New York Times bestsellers and favorites among early 2000s YA readers. Though I don’t meet as many Jessica Darling fans as I do fans of other series of that time, she certainly resonated with enough of my peers to precipitate a plagiarism scandal in 2006 and a potential Netflix copycat situation earlier this year. I discovered the first book, Sloppy Firsts, in 2003, toward the end of eighth grade, when my best friend (my Hope, if you will) loaned it to me. At the time, YA was barely a blip in publishing, so the books were released on an adult imprint, complete with oh-so-2001 covers featuring photographs of legs, torsos, and midsections, but never, ever full faces (my dad used to call the books “Emily’s porn novels” when he’d see them lying around the house). Sloppy Firsts and Second Helpings (2003) quickly became two of the holy texts of my teenage years, stories I clung to as a reassurance that there’s something coming after the awkward, miserable version of myself, trapped in a teenage stasis that felt like it would never end.

In a 2020 piece for Book Riot, Kelly Jensen wrote eloquently about Jessica’s undiagnosed struggles with anxiety and depression: “Jessica is depressed, doesn’t have the language to describe it, and, when she seeks help for her mental health, she’s greeted not with compassion or understanding, but with bewilderment. Jessica writes: ‘You can only be in a bad mood for so long before you have to face up to the fact that it isn’t a bad mood at all; it’s just your sucky personality,’ and it was right here that every experience with this book growing up was a means of validating my own mental health experiences.”  Like Jensen, I saw my own mental health struggles in Jessica, though I didn’t yet have the language to articulate that. And the similarities didn’t end there. Jessica was lonely, didn’t fit in, lived in boring homogeneous suburbia—a place from which she longed to escape. She felt all the boys—and many of the girls—she knew were beneath her, and she’s infuriated by banalities. When classmates call her a lesbian, they mean it as an insult.

I gathered up these commonalities and held them close to my heart, cheered and bolstered by Jessica’s unabashed honesty. For a lonely teenage girl looking for a reflection of herself in a culture that disdains her, a brutally honest, interiority-heavy YA book can be a lifeline. The latter three books in the series, when Jessica attends Columbia University and stumbles her way through early adulthood, never resonated with me as much as the first two. Perhaps this was because I didn’t need them like I needed books about a teenage girl finding her way. From this side of 30, I certainly appreciate many of the experiences outlined in the latter three books (the shock of the real world after being a big fish in a small pond for 18 years) and I enjoyed watching Jessica mature—but some of the plot elements and conflicts in Fourth Comings and Perfect Fifths strain credulity, and ultimately, there are more interesting books out there about the experience of being in your 20s. But because of their frank portrayal of the loneliness and alienation endemic among smart, high-achieving millennial young people at the turn of the century, I still find Sloppy Firsts and Second Helpings some of the most resonant books about being in your teens.

The 20th anniversary versions of the Jessica Darling books aesthetically scream 2021. Gone are the goofy covers that inspired my dad’s long-ago epithet; in their place we see Jessica as perky cartoon, a Band-Aid-wrapped heart on her chest. When I first heard about the revamp, I was terrified that McCafferty was going to move the books to the present day. I could not have handled watching Jess’s aspiring-actor friend Bridget trying for TikTok glory or popular Sara claiming the VSCO girl label. Happily, the story remains firmly one of the early millennium, full of pop culture references of those bygone times. What McCafferty has changed, though, are some of the judgments and analysis presented as funny and edgy 20 years ago but that today read as microaggressions. She has excised the relentless fat-shaming of Sara; the portmanteau of “white” and the n-word used to describe rap aficionados at Pineville High; Marcus’s dreadlocks; and Jessica’s over-the-top protestations when the other kids accuse her of being gay. These changes are a relief—even as an adult, I felt my self-esteem nosediving when I read Jessica’s snarky takedowns of Sara’s obsession with her weight. 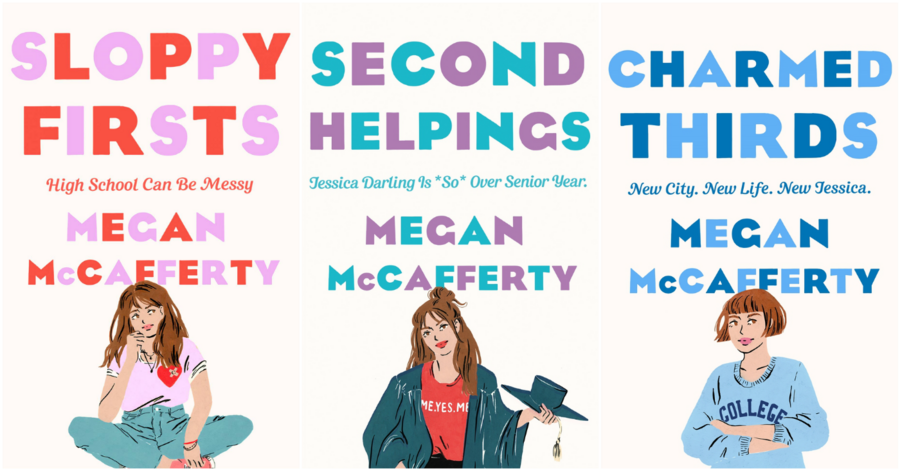 However, there are a few places where McCafferty’s textual changes feel more like Band-Aids (allusion to the cover intentional) rather than deeper revisions—and in one case, this was a missed opportunity. In the original books, judgmental, lonely Jessica constantly slut-shames other girls, including sex-positive frenemy Manda. In the revamped versions, Jess admits immediately that she’s jealous of Manda, and blames the patriarchy for her eagerness to judge her classmate’s “ho-bag” behavior. But Jess’s self-awareness flickers in and out, creating an oddly dissonant 2021 patina over what was unfortunately a very real trend in high schools in the early 2000s. Brainiacs like Jess did unabashedly slut-shame girls like Manda in high school in the early 2000s—I know this because I participated. As McCafferty points out in her author’s note, we shouldn’t use historical accuracy as an excuse to hurt others, and I agree, especially in teen literature, whose readers often haven’t developed the critical reading skills necessary to distinguish between the point of view of the protagonist and the point of view of the author. And yet, there was a missed opportunity here to allow Jess her flaws and biases at the story’s outset, which would have afforded readers the chance to see her grow.

But one must tread carefully with a book like this: The stories you read when you’re a teenager have a way of invading your psyche and never quite letting go. The jury’s still out on which she did for me. I’m still wondering just how much influence this character had on teenage Emily and on who she eventually became. Did I develop my distaste for small, liberal arts college because Jessica refused to attend one? Did I slut-shame other girls because Jess did, not understanding that my actions were hurtful, counterproductive, and born of self-loathing? Did I (with disastrous effects) chase after boys that I hoped could have Marcus Flutie potential? Even at 32, I feel myself becoming bratty and weepy as I plunge into Jessica’s innermost thoughts. “I wish this would happen to me,” I whined to my husband, referring to Jessica and Marcus’s dance of wits in high school. The problem is that like much of YA, these books are a confusing cocktail of real-talk and wish fulfillment.

On the one hand, in the Jessica Darling universe, high school sucks, real life isn’t a panacea, and you’re ultimately the greatest source of your own problems, but on the other hand, people will always forgive your flaws and the hot reformed-druggie-genius-guy will always love you for your brains and wit. Maybe, at the end of the day, when I’m weighing the question of sanity-saving versus life-ruining, the answer is that for me, Jessica Darling did a little bit of both. With that in mind, I have nothing but respect for McCafferty’s decision to own up to her mistakes and remove the elements that excluded fat girls, girls of color, queer girls, or sex-positive girls from Jess’s story. I don’t want Jessica Darling to ruin any lives; I want her to save young girls’ sanity.

Read this Next: Layered Onion 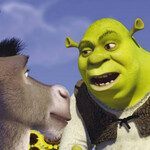 by Rachel Klein
Turning the fairy-tale genre on its head was a clever, if not totally novel, notion at the time.