Jessica Fletcher of "Murder, She Wrote" Is My Anti-Ageism Heroine | Bitch Media

Jessica Fletcher of “Murder, She Wrote” Is My Anti-Ageism Heroine 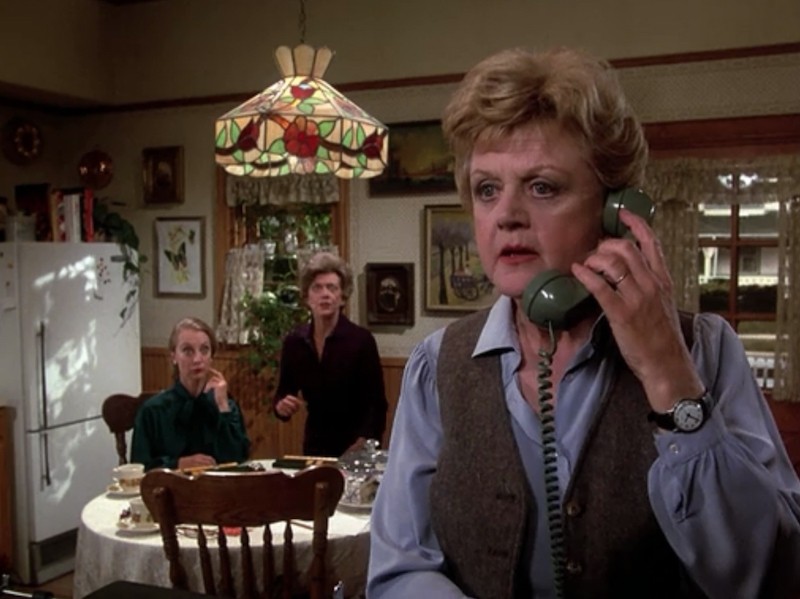 This year marks the 20th anniversary of the final episode of Murder She Wrote, one of the few shows to star an older woman as its protagonist. It’s worth reflecting on how little TV’s treatment of women like detective Jessica Fletcher has changed in the two decades since the show ended.

When Murder, She Wrote first aired on CBS in 1984, it seemed to promise a new era of television. In an optimistic report released that year by the National Commission of Working Women, the program was cited as one of the ways images of women on TV were improving—Murder, She Wrote was one of four shows that offered protagonists who represented a growing cohort of female characters who were “no longer predominantly ‘young, white, single, beautiful,” but instead defined by characteristics such as “leadership, authority and courage.”

The report’s author, Sally Steenland, said that the report’s goal was to measure and analyze the gap between real life and television, telling the New York Times, “We knew that in real life there is an enormous diversity among people, and that there was much less on television.”

Because of its older protagonist, Murder, She Wrote remains relevant today, reflecting the growing number of Americans who are 65 and older. By 2050, researchers predict that retirees will form a full 20 percent of the population. And yet when Murder, She Wrote became available on Netflix for a new generation of binge-watchers, its status as a pioneering show seemed lost to time. “It’s a grandma show,” Vulture cooed. “But it’s the best grandma show. And I love it.”

Is affection still a compliment when it marginalizes its very subject? There are a few things that this comment gets wrong. First, Jessica Fletcher is not a grandma–in fact, she had no children of her own, instead stepping in to raise her nephew after his parents died in a tragic accident.

Perhaps this critic meant that the show’s predictable format is easy for aging minds to follow, like a soapy, live action “Scooby Doo” (“You meddling kids!”). Another guess I’d hazard is that the show’s long run on daytime television due to syndication contributed to its association with retirees.

But, I think later critics recasting the show as a program for and about older women has more to do with the myriad fears of aging that trouble many of us. Algerian philosopher Franz Fanon wrote extensively about the process by which we internalize prevailing discriminatory attitudes. In an opinion column published by the New York Times, writer and sociologist Anne Karpf points out, “Ageism is particularly sinister: Ageism has been described as prejudice against one’s future self.” 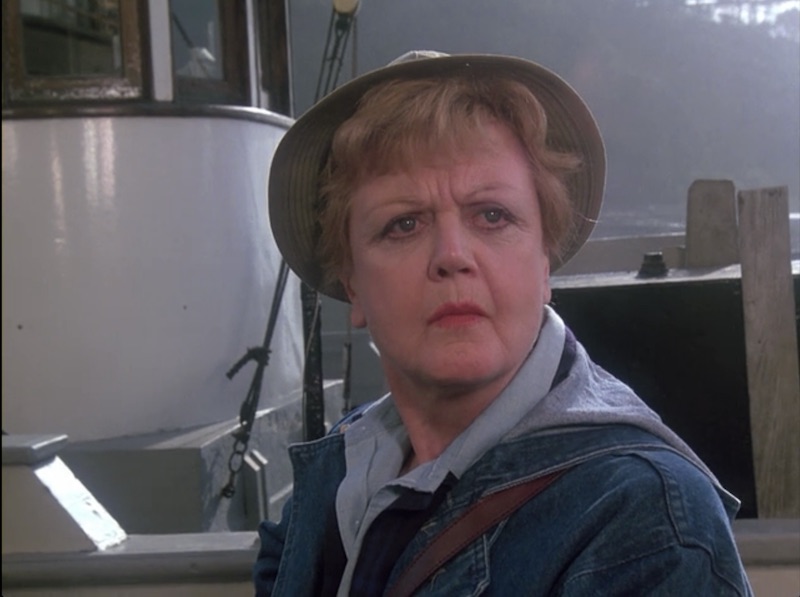 In this context, skepticism of a show about older women isn’t surprising—in fact, it’s written into the show itself. It’s safe to say that soaps aren’t known for subtlety, but some of Murder, She Wrote’s best moments are the brief, fleeting scenes in which minor characters default to treating Jessica as if she is senile. Some people speak slowly to her, making a show of their supposedly magnanimous patience. Others brush aside her inquiries, failing to recognize the logical build of her questions. Still others allow their judgment to lapse, letting the cracks in their facades momentarily widen while operating under the assumption of her declining powers of observation.

But Jessica sees and remembers everything, and is ultimately only helped by playing into people’s expectations. By acting confused, feigning infirmity, or appearing fixated on a seemingly insignificant detail of a case, Jessica regains control of these situations in order to get the information she needs.

In addition to manipulating societal expectations of older women to solve mysteries, Jessica retains absolute authority over her love life and her body. Impeccably dressed and socially graceful, Jessica attracts the attention of numerous would-be suitors throughout the show’s twelve seasons—and politely declines their advances. Although this is due in part to her enduring commitment to her late husband, Frank, Jessica’s decision to remain single is not due to guilt or fear of judgment. Instead, she emphasizes the importance of her independence, regularly affirming that she does not need a male partner in order to consider her life fulfilling and successful.

Jessica’s second career as a bestselling author also undermines stereotypes that we lose our creativity, intellect, and passion as we age. The show’s pilot reveals that Jessica’s writing career was accidental; she wrote her first novel for herself, as an interesting diversion, rather than as a way to seek attention or wealth. 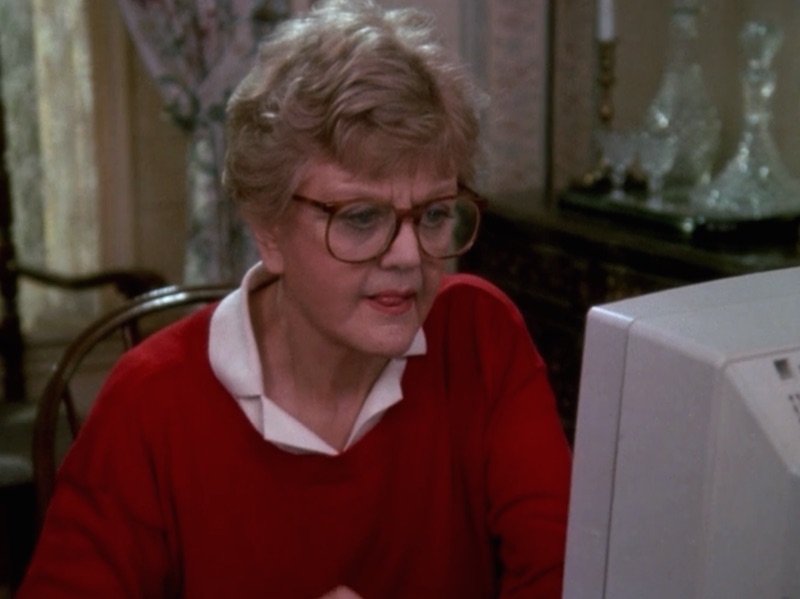 Jessica’s emphasis on research and revision also resonate with Angela Lansbury’s role in the production. Lansbury was known for regularly demanding that scripts be rewritten according to her convictions about her character. Her efforts to command authority over her work remain relevant today; earlier this year, Australian actor Russell Crowe made waves when he suggested that older actresses relegate themselves to age appropriate parts—despite a well known lack of available roles for older actresses.

If there was any question of whether or not audiences liked that Angela Lansbury was at the center of the show, look no farther than the audience’s protests over the “bookend” episodes scattered throughout seasons six and seven. In these episodes, Angela Lansbury would introduce a story supposedly from one of her books before receding into the background. Widely considered “the most boring deviations the show took,” the bookend episodes featured younger and sometimes male protagonists—confirming the audience’s desire for a show that placed an older woman at its center.  Despite providing important representation of older women, the show definitely had some problems. Often, it feels like a tour of an extravagant series of mansions occupied by the poster people for white privilege. It features few characters played by people of color, and sometimes this absence is amplified with cringe-worthy “ethnic” music—such as a random moment of bamboo flute at the mere mention of eating Chinese takeout.

In a recent study called “Nobody’s Damsel: A Study on Modern Women on TV and the Audiences Who Watch Them,” researchers found that the desire a for more diverse representation on-screen has not only persisted but blossomed. In a survey of 1,200 viewers of television programs that featured women as main characters, younger audiences increasingly crave stories featuring nontraditional gender roles and report that they embrace feminist views. Above all, when asked to rank the most valuable traits female characters possess, respondents chose “intelligent, tough, beautiful, strong-willed and self-confident”—all of which describe Jessica Fletcher.

Older actresses—when they manage to find parts that are substantial and interesting—rarely get to be as smart, sexy, and independent as Jessica Fletcher. If that’s what my future could look like, I have nothing to be afraid of. 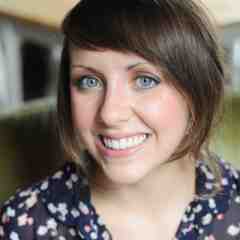 Michelle Delgado is a freelance writer in Washington D.C. Find her on Twitter @delgadia2015.