We’ve Apologized to Britney Spears. When Is It Jessica Simpson’s Turn? 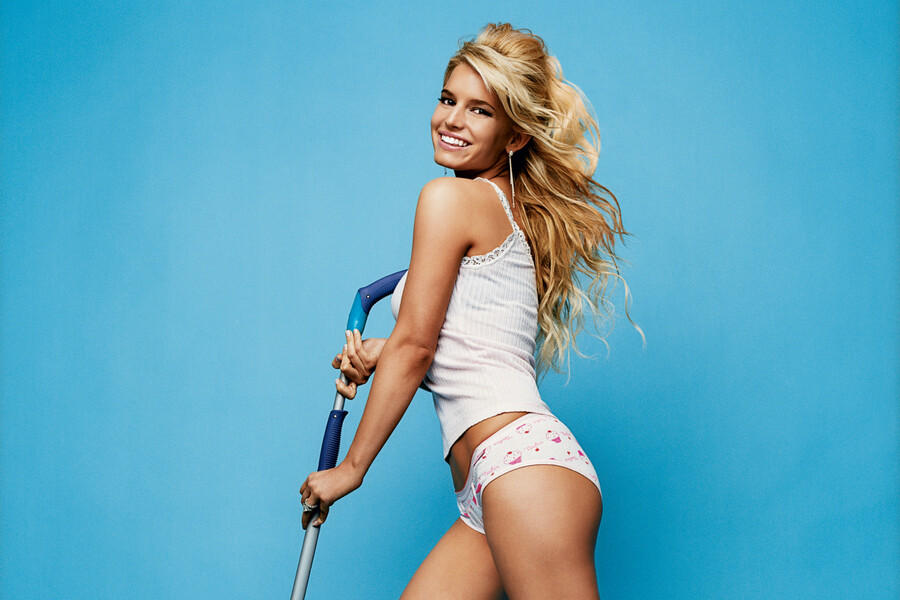 Jessica Simpson on the cover of Rolling Stone in 2003 (Photo credit: Max Vadukul)

The bimbo reigned supreme in pop culture in the early aughts, simultaneously venerated and ridiculed for her beauty and her perceived lack of brains, and few people embodied this ideal better than self-styled bimbo Jessica Simpson. She was a multifaceted entertainer, starring on MTV’s Newlyweds: Nick and Jessica with then-husband Nick Lachey, releasing albums, and gracing the covers of tabloids that followed her every move. As Emily Yahr noted in a 2020 article for the Washington Post, Simpson was “one of our first reality TV stars, before anyone could absorb the psychological damage it could cause.” Newlyweds aired from 2003–2005 and chronicled the couple’s interior lives, with Simpson playing her part as Lachey’s beautiful but not-so-bright wife. Her “dumb blond moments” became headline news: Take, for instance, Simpson asking Lachey whether Chicken of the Sea really is tuna. “Is this chicken, what I have, or is this fish?” she asked in the show’s first episode. “I know it’s tuna but it says ‘Chicken by the Sea.’ Is that stupid?” Simpson went viral before we understood virality, and her line became an easy joke for late-night talk-show hosts and magazines to riff on.

Nearly every Newlyweds episode is full of “Jessica moments,” including a misunderstanding over what buffalo wings are made of and her pronunciation of platypus as “platamapus.” But as Simpson sought fame as a singer and actor, she evolved into something more nebulous: a sex symbol. In multiple Super Bowl commercials and on the cover of countless magazines, Simpson was consistently cast as a sexpot—oiled up, wearing next to nothing, showcasing her cleavage, and being praised more for her body than her talent. A January 2002 Maxim cover even commanded readers to “feast their eyes” on her. But Simpson’s marriage fell apart as her star rose and Lachey’s solo career stalled; she filed for divorce the same year Newlyweds ended—and suddenly, she wasn’t just a ditzy wife trying to jump-start her career. She was a divorcée under even more intense scrutiny.

During the height of her fame, Simpson was at the center of a laundry list of tabloid stories that read like an absurdist trip through the ’00s: the short shorts she donned in 2005’s The Dukes of Hazzard reboot, the “curse” she put on the Dallas Cowboys by attending a game, the extreme public obsession with her weight. Vanity Fair even described her as “holding a microphone like a turkey leg.” While her virginity was a constant topic of discussion in the tabloids, the presumption that she must be a secret slut was baked into her public persona. Even the roles she played as an actor poked fun at the apparent paradox of being a sexy virgin. All of this made John Mayer’s Playboy comments about Simpson being “sexual napalm” more humiliating. The harmful ways we publicly discussed Simpson’s body also had a great impact. After she signed to Columbia Records, label head Tommy Mottola told her to lose 15 pounds. In her 2020 memoir Open Book, Simpson notes that her toned appearance in The Dukes of Hazzard became the “gold standard” for how her body should look, so the tabloids destroyed her when she could no longer meet that ideal.

As Simpson writes in Open Book, she was a “guinea pig” of social media culture, crafting her public persona in real time. “The spoils of the Newlyweds era also included the kind of intrusive, relentless level of celebrity known to ruin lives as it enriches them,” Katie Baker wrote in a 2020 article for the Ringer. “Simpson was one of reality TV’s early success stories, which is to say that, like so many other greats of the genre, she is at once an aspirational and cautionary tale.” Her role as one of the first reality TV celebrities put Simpson under a new kind of microscope at a time when we weren’t used to seeing famous people’s every waking moment (or broadcasting our own). We saw her not only walking the red carpet or dining at fancy restaurants, but also eating tuna on the couch in her sweatpants. With so many of her marital fights and throwaway comments captured, Simpson felt much closer to our reality than other stars. Because of this proximity, she was easier to tear down—her flaws more evident, less airbrushed.

“I didn’t care if people made fun of me, because we were pulling in nearly three million viewers a week,” Simpson writes in Open Book. She was well aware that her ditziness, when emphasized for the cameras, brought in killer ratings. However, those ratings came with intense criticism as her silly comments were magnified for an audience desperate to find a scapegoat for the dumbing down of culture. Her simultaneous reign as America’s most beautiful and ditziest woman made every aspect of her appearance fair game for the tabloids. As Simpson writes, “Reality television knocked famous people off their pedestals.” Nearly 20 years after we were captivated by Newlyweds, we’ve begun reckoning with the destructive effects of tabloid culture, especially on the young women it minted stars. The recent releases of Framing Britney Spears, This Is Paris, and other documentaries about ’90s pop figures revealed that the tabloids of the 2000s were particularly lurid and damaging, relying on invasions of privacy and stalking with high-stakes rewards: A picture of Spears at the peak of her unraveling could fetch a photographer $1 million.

As much as the paparazzi obsessed over the glamorous lives of celebrities, they were also invested in their downfall, as evidenced by the exploitative headlines about Lindsay Lohan’s many run-ins with the law. There was an expectation Simpson would fall apart just like her counterparts, including Spears. After all, she was also marketed as a “pure woman” unaware of the impact her seemingly unknown sex appeal had on men. But there was no real tragedy. There were no vicious custody battles, DUIs, or conservatorships; in comparison to her peers, Simpson’s trauma seems banal. Who hasn’t drank to cope with stress? Who hasn’t been gossiped about or survived a relationship with a manipulative jerk? As Spears fights to get out from under her conservatorship and Paris Hilton takes on abusive boarding schools, Simpson hasn’t received the same public rewriting of her legacy. Having never risen to Spears’s level of success in the music industry (and having never melted down as publicly), her career lives in a shadow, as does her redemption.

Jessica Simpson may not have spiraled as spectacularly as Britney Spears or died tragically like Anna Nicole Smith, but we still owe her an apology.

Herein lies the uncomfortable truth at the heart of each of these women’s narratives: Spears’s story remains culturally relevant because she lacks the agency to redefine her own narrative, while Simpson has the power to do just that, outlining the costs of fame through the lens of trauma. We don’t get to participate in her story because the open book is closed. Early ’00s stars reappear only when we’re reassessing their legacies and apologizing for the misogyny and abuse they faced, creating a secondary media cycle in which the traumas are rehashed for today’s audience. When Simpson released Open Book, the headlines focused on the “bombshells” it detailed, including her experience of childhood sexual abuse, her rocky relationship with Mayer, and her struggle with addiction. There’s a reason for that. Our primary attraction to these figures and their stories is the consumption of their tragedy, manifesting as self-flagellation: Didn’t we know better? To reflect on Simpson’s legacy requires us to reckon with the ways we constantly need to consume women’s trauma as entertainment.

Maybe Simpson’s redemption is less interesting because she gives us less to gawk at—and because she inherently understands how to court press. She might not know what buffalo wings are, but she can run a multimillion-dollar business and pen chart-topping hits. In his 2020 book, On Nostalgia, David Berry writes that “nostalgia works as a way of helping us consolidate our identity.” When we reflect on our past obsession with these figures, we necessarily refract that obsession through a lens of apology. How can we reconcile our love for Simpson with the way we gawked at her at her lowest? Even when we take accountability for the role the toxic tabloid culture plays in these women’s lives, the stars remain objects.

Simpson may not have spiraled as spectacularly as Spears or died tragically like Anna Nicole Smith, but we still owe her an apology. Like so much of the ridicule in popular culture, its victims aren’t just the celebrities it targets. It’s part of a framework that keeps regular people in check, reminding us to not be too fat or too slutty or too mentally ill. Whether it’s Smith’s fluctuating weight, Spears shaving her head, or Simpson being photographed wearing “mom jeans,” we find pleasure when women we once considered beautiful become “ugly.” That can’t be apologized away. Instead, we must excavate the reasons we turn women, Simpson among them, into cultural punching bags so that we may never repeat the cycle again.

Read this Next: “Framing Britney Spears” Is a Portrait of a Pop Star on Fire 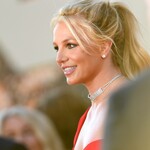 by Vanessa Willoughby
“Framing Britney Spears” is a clear indictment of society’s stigmatization of mental illness. 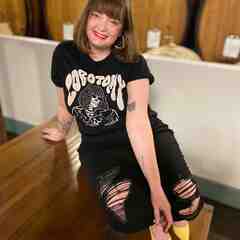 Caitlin Hart is a cultural critic and writer from Edmonton, Alberta.