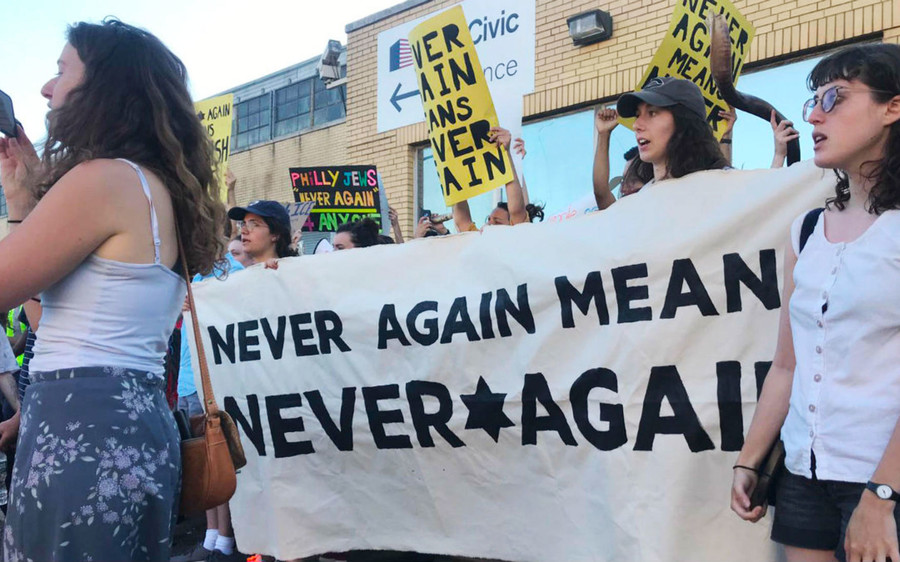 The pain of antisemitism runs deeply in the veins of most, if not all, Jews in the United States. Many of us carry the legacy of intergenerational trauma from the Holocaust, where our family members were taken from their communities, rounded up and forced to live in absolutely inhumane conditions, and—if they survived—lived the rest of their lives knowing that they made it when millions did not. Many Jews also carry other traumas from the winding and difficult histories of our multiracial, multiethnic diaspora.

My grandfather escaped Nazi Germany when he was 10. He watched his father, grandfather, and the other men in his village dragged off to Dachau on the night of the November Pogrom. When the rest of the family fled to the United States, my grandfather was barred entry because he had scarlet fever. By the time he was reunited with his family, his grandmother had died—“of a broken heart,” he wrote in his memoir—and he could not attend her funeral. He carried with him the pain of separation from his family and land his entire life. He rarely talked about his childhood because it was too excruciating. At 85, shortly before he died, he began crying while recounting the pain of losing his grandmother without the opportunity to say goodbye. I can sometimes feel in myself impulses that I know come from this intergenerational legacy—an overwhelming feeling of scarcity (even when there is most definitely enough); a fear that someone is out to get me, my family, and my community; a deep sense that nowhere is safe.

Today, I see echoes in the United States of the violence my family experienced many decades ago. ICE and U.S. Customs and Border Protection (CBP) currently run more than 200 immigrant detention camps, many of them along the U.S.-Mexico border. While mass detention and deportation did not begin with Trump, over the last several months, journalists have exposed the increasingly horrifying conditions in these camps under his administration. In June, Alexandria Ocasio-Cortez called the detention centers “concentration camps,” first on Instagram and the next day in a tweet. Though scholars who study genocide as well as many in the progressive Jewish community have supported the comparison, Ocasio-Cortez faced intense backlash, mostly from Republicans but also from the Jewish Community Relations Council of New York (JCRC), a prominent mainstream Jewish organization.

JCRC argued that the term “concentration camp” is specific to Nazi Germany and its use “to describe these contemporary concerns diminishes the evil intent of the Nazis to eradicate the Jewish people.” The United States Holocaust Memorial Museum stated that they “unequivocally [reject] efforts to create analogies between the Holocaust and other events.” I understand the urge to hold onto a term that describes a community’s unique experience. Many of our families will be forever impacted by the collective memory of concentration camps, but as politicians and organizations squabble over semantics, migrant kids are dying in ICE custody. They have clothes covered in excrement because they lack access to proper sanitation. There are photos of migrants packed into facilities like animals and reports of them held in standing-room only cells for up to a week at a time.

Physician Dolly Lucio Sevier, describing CBP holding facilities in Texas, wrote that “the conditions within which [migrants] are held could be compared to torture facilities.” It is not hyperbole to call this a crisis. Latinx writer, speaker, and meditator Diego Perez—also known by his pen name, Yung Pueblo, reminds us that “Time does not heal all wounds, it just gives them space to sink into the subconscious, where they…still impact your emotions and behavior.” Jews in the United States have deep, collective wounds from both the Holocaust and many other iterations of antisemitic violence. Time alone has not and will not heal these wounds, but while white America looks the other way, our country is creating a new generation of children and families, of future ancestors, who will carry this trauma in their bones and pass it on to their children. U.S. Jews cannot allow our community’s wounds to make us complicit in the harm of others.

Jews know what happens when bystanders do not intervene. Martin Niemöller’s well-known poem “First They Came” has resonated with me in a new way over the last few weeks. Niemöller’s character passively watches while several groups of people are targeted, removed, and presumably exterminated, based on shared political identity. The character then realizes the consequences of remaining silent:

“…Then they came for me
And there was no one left
To speak out for me.”

As a Jew committed to creating a different world, I know that it is our duty to prevent future generations from carrying state-inflicted trauma. White Ashkenazi Jews occupy a unique historical and political position in the United States: We are targeted by white nationalists and weaponized by conservatives when they want to vilify progressives of color—but we also have access to whiteness and the corresponding safety and political and financial power it offers. Antisemitism has long manifested in cycles for Ashkenazim: we’re safe, until we aren’t. In the United States, most Ashkenazi Jews gained access to whiteness after World War II, and many allied themselves with the ruling class and still participate in upholding racial capitalism today.

The wounds of collective trauma require deep collective healing, but that healing can only take place if we make the choice to align ourselves with those fighting for freedom and dignity, not those upholding power.

In the wake of the October 2018 massacre committed by a white-supremacist shooter at Pittsburgh’s Tree of Life synagogue, many synagogues around the country are increasingly relying on law enforcement for protection—a collaboration that may temporarily increase safety for white Jews but that relies on law enforcement’s fundamental violence and anti-Blackness to ensure that veneer of safety. This June, progressive Jews harnessed the parallels between what our ancestors experienced and what’s currently occurring under ICE and CBP policies and came together to speak out. Using the hashtags #JewsAgainstICE and #NeverAgainIsNow, and in collaboration with Movimiento Cosecha, we shut down an ICE detention center in Elizabeth, New Jersey.

Since then, the fledgling group Never Again Action has held nearly 40 actions in cities around the country, shutting down ICE detention facilities, drawing attention to politicians who continue supporting ICE, and highlighting collaborations between ICE and powerful corporations, including Amazon and GEO Group. These progressive Jews are making a choice: We refuse to continue aligning ourselves with white supremacy in an effort to preserve safety and power for just ourselves and are aligning ourselves with other oppressed peoples to draw the margins of safety ever larger. Many of us are descendents of those who survived the Holocaust and earlier pogroms, and I believe it is our duty to put our bodies on the line to shut down these camps.

The wounds of collective trauma require deep collective healing, but that healing can only take place if we make the choice to align ourselves with those fighting for freedom and dignity, not those upholding power. It is time to move into our agency in the face of this crisis so that we can truly say “never again” means never again for anyone: We must fight to end these camps, to abolish ICE, and to work toward creating a world in which all Jews and all immigrants are able to flourish. 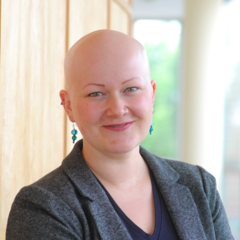 Olivia Lawrence-Weilmann is a queer, lefty Jew based in Boston. She’s a descendant of Holocaust survivors, an organizer with Never Again Action, and Program Coordinator at Political Research Associates.