New Memoir “Sex With Shakespeare” Explores a Fetish and the Bard 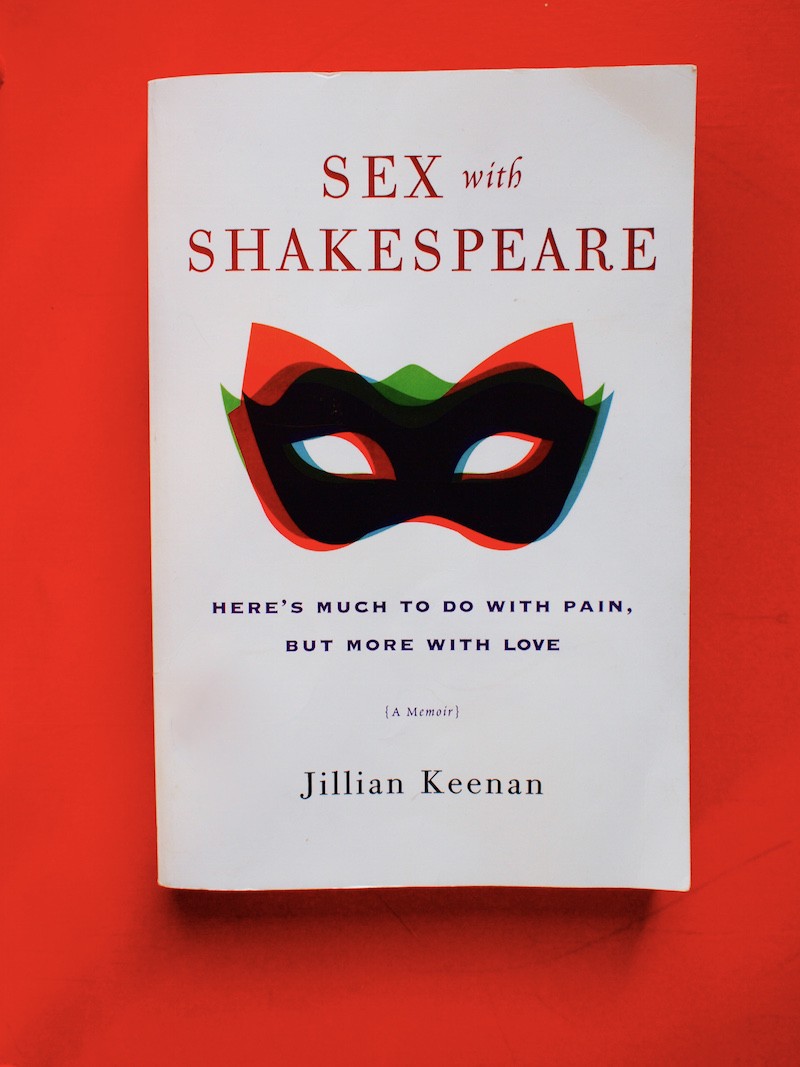 In her insightful and refreshing new memoir, Sex with Shakespeare: Here's Much to Do with Pain, but More with Love (Harper Collins, out April 24), author Jillian Keenan chronicles her long love affair with the Bard and his creations, as well as her experience coming to terms with her own sexual identity. Keenan identifies as a masochist, with a spanking fetish, and considers her kink to be her sexual orientation. In 2012, she published an essay in The New York Times, “Finding the Courage to Reveal a Fetish,” about her spanking obsession, making her something of a luminary and leading voice for her fellow fetishists, one who has notably called out discipling children through spanking as an inappropriate act of sexual assault.

To Keenan, Shakespeare’s works are not the stuff of dry English-class lectures or high-brow staged productions. Rather, they’re vitally relevant to modern life, his characters her intimate friends and mentors. Literature is an interactive conversation.

She’s lived and breathed Shakespeare not only at Western universities such as Stanford and Oxford but in all-female classes in the conservative Sultanate of Oman and with teenage students in famously strict Singapore. In her book, she points out the many (sometimes surprising) instances of sexual commentary running throughout Shakespeare’s work, while characters including Juliet, Caliban, and—very memorably—A Midsummer Night’s Dream’s Helena speak and interact with her, personally and directly. The magical-realism aspect may sound whimsical, but the book does not shy away from serious issues.

With each chapter correlating to one of Shakespeare’s plays, Keenan explores not only her personal experiences (including a fraught mother-daughter relationship and a high-school diagnosis of Multiple Sclerosis) but broader topics of sex, love, culture, feminism, and child abuse, to name a few.

KARLA KANE: This book covers a lot of ground, from stories about your own sexual history and identity to major themes and characters in Shakespeare's work, to the experiences of women in the Middle East and gay men in Singapore. How did you decide to put it all together into this unusual format?

JILLIAN KEENAN: I’ve spent most of my life thinking about two things: Shakespeare and spankings. I guess it was inevitable that after so many years, those two subjects melted together!

What made you decide to reveal your fetish to the world via an essay in The New York Times and subsequent writings and interviews? What has the response been like?

The small picture is that I wrote the essay as a letter to my then-fiancé (now husband). Although I had been with him for almost six years at that point, I had never told him about my fetish. I’ve always found it much easier to communicate in writing than in speech, so I wrote down the things I should have told him years earlier.  The big picture is that I wrote the essay, and the book, that I wish I could have read when I was 15. It would have helped me a lot to learn that I wasn’t the only one, and that there was nothing “wrong” with my sexual fantasies.

You discuss how, when realizing the extent of your spanking fetish, you felt ashamed and conflicted to both enjoy scenarios and interactions that are violent and painful while identifying as a pacifist and feminist. So how do you now reconcile your kink identity with your other philosophical identities?

For years, I had the wrong “enemy” in my sights: I thought my sexual identity was in conflict with my politics. But I was wrong. What is antithetical to pacifism and feminism isn’t my healthy and natural sexual identity—it is the institutionalized oppression of children. It used to be explicitly legal to assault people on the basis of race or gender. Now it is legal to assault them on the basis of age, which is no less abhorrent. The second I identified what is truly disgusting in our culture, I realized what I need to fight against—and it’s not my own sexuality.

Especially unusual is this book’s magical-realism element: Shakespearean characters appear to and interact with you throughout the book, including sexually. What made you decide to explore this writing style/structure?

In my opinion, magical realism is the most truthful depiction of reality. I have a vivid imagination, and Shakespeare’s characters have given me some of the most rewarding friendships of my life. So I thought: why not try to make those conversations as vivid for the reader as they are for me?

What is it about Shakespeare that makes his work mean so much to you?

Shakespeare means so much to me because he never goes away. Every time I have needed someone—every time I’ve been lonely, or scared—he’s been there for me. And the richness of his language means he grows, and evolves, as I do. I’ll never get tired of Shakespeare.

You were diagnosed with Multiple Sclerosis at a young age. How has that affected your life and work?

Being diagnosed with MS so early is one of the best things that ever happened to me. I realized at a young age that I have to say “yes” to everything—even things that scare me—because I might not get another chance. I don’t know what will happen to me, medically, in the future. (No one does.) But I do know that I’ve squeezed every drop of blood that I could out of the healthy years I’ve had so far. I am so grateful for that.

In many ways, the book is a love story, between you and Shakespeare, yes, but also between you and David, your husband. What's it like for your two, having your romantic history laid bare, as well as publishing work about the rather harrowing childhoods you both experienced?

David is incredible. He has been involved with every step of this process and has supported me the whole way. He had full veto power over every word of this book, but he only asked me to cut one (very minor) disclosure—which, of course, I did.

I think it’s important to emphasize that David and I would both describe our childhoods as, in many ways, extraordinarily privileged. We’ve been blessed. But there were also elements of our childhoods that were, as you say, rather harrowing. David and I both feel strongly that the darker edge of parent-child relationships should not be swept under the rug. We’re grateful for the opportunity to share our stories.

As a journalist, you've written traveled the world and covered a range of issues—what do you hope to cover next?

I’ve just returned from my second reporting trip to Niger, where I wrote a story about youth gangs that are vulnerable to terrorist recruitment for Foreign Policy magazine. The Sahel is a fascinating and critical region, and I hope to return again soon!

Any advice for others who feel inspired by your work and wish to pursue their own goals and dreams to see the world?

Apply for grants and scholarships, even if you think they’re out of reach. Email people you admire and invite them out for coffee, even if you think they’ll never write back. In my experience, things that seem like “long shots” rarely are, and people are more generous than you might expect. And I’ve found that when I think the only possible answer is “no,” it almost never is. There’s a “yes” out there somewhere: I just have to hunt it down. 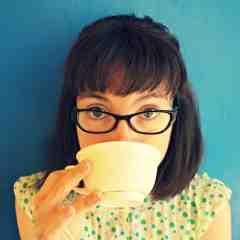 Karla Kane is an arts writer, editor and singer/songwriter/musician. Bitch Media called her music "as informative as it is sunny and fun." She lives in California with her daughter, husband, cats, and chinchillas

Relevant: Ask Bear: Can My Boyfriend and Me (and His Kid and His Ex) Make a Home Together?

by S. Bear Bergman
Adventures in cohousing! A reader asks for advice on moving in with their boyfriend who currently lives with his ex and their kid.