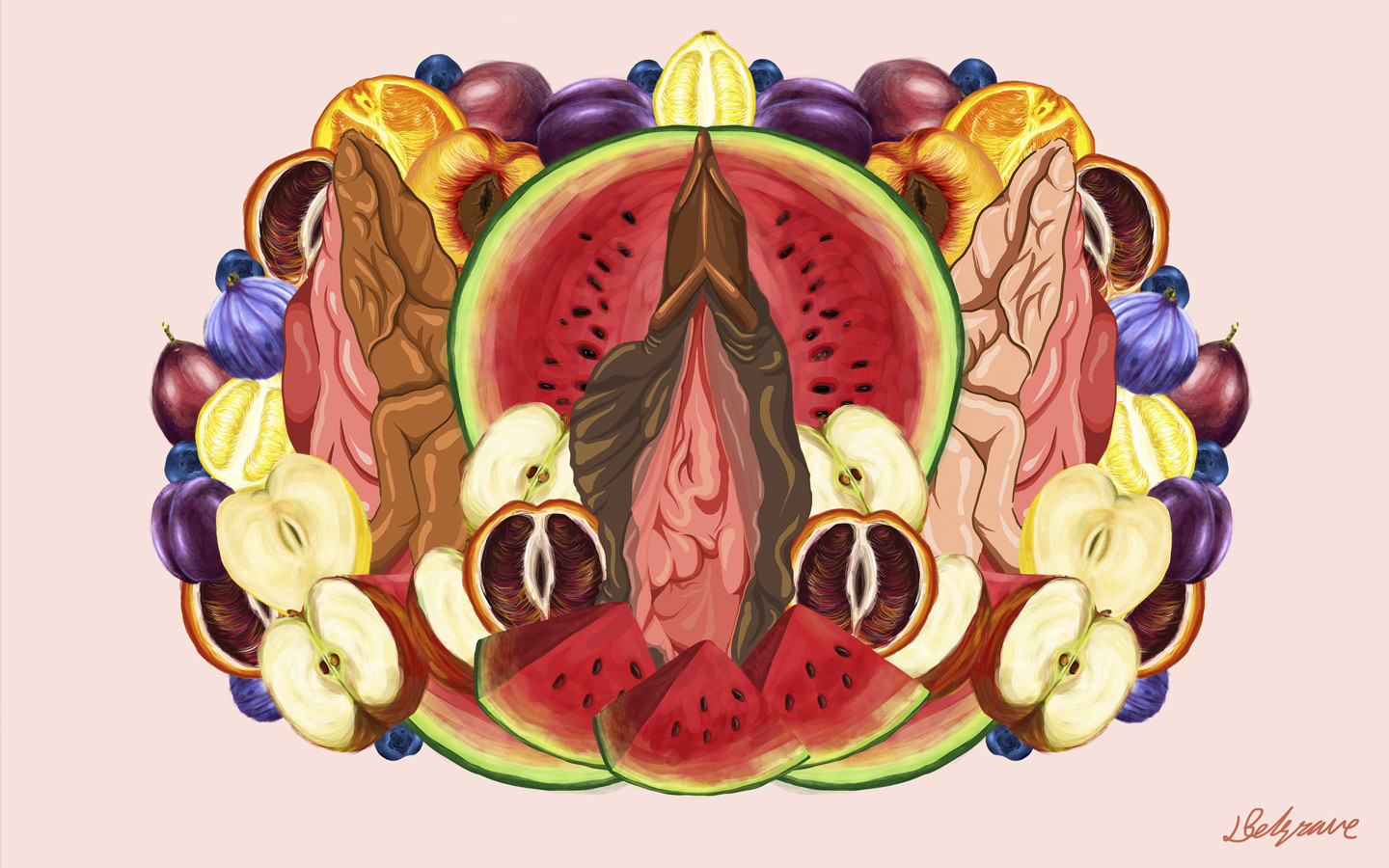 While pleasure should be an integral part of our lives, it can sometimes be more complicated for women of color who may be impacted by the stereotype of hypersexuality. “Guilty” pleasures are sometimes discussed, but what about pleasures that bring us joy? “Pleasure Ninja” Joan Morgan has centered pleasure in her feminist praxis. In speaking with Bitch about why pleasure is an important part of her work, she describes the founding of the Pleasure Ninjas and offers tips on how we can center pleasure in our lives.

She begat this: Hip hop feminism

The late 1990s were important years for Black women in music. In 1998, Lauryn Hill debuted her Grammy-winning masterpiece, The Miseducation of Lauryn Hill. Destiny’s Child also appeared on the music scene. And in 1999, Joan Morgan wrote When Chickenheads Come Home To Roost, a hip hop feminist manifesto in which she declared that she “needed a feminism brave enough to fuck with the grays.” At the time, Morgan was a young journalist looking to delve into two seemingly opposite parts of her life: hip hop and feminism. “I was a feminist and devoutly in love with hip hop and I was in love with hip hop long before I’d ever become a feminist, and for a lot of people claiming those two positions was incompatible,” Morgan says. “So I kept getting asked over and over again, how could I be those two things?”

For some Black women, hip hop and feminism have long been areas of contention. Hip hop has repeatedly been called out for demeaning lyrics and the hypersexualization of women in music videos; one of the most famous instances was the 2004 protest led by Spelman College students against Nelly’s music video for “Tip Drill.” In the video, Nelly swipes a credit card down the butt of a video model. Identifying the messiness while still supporting and loving hip hop is one of the things that Morgan explored in When Chickenheads Come Home To Roost. “When I was writing this book, a lot of friends of people who were my age and younger could find a place for themselves in hip hop, but they never found a place for themselves in feminism,” Morgan says.

There’s an extensive history of feminism being exclusionary and racist, dating back to white female suffragists such as Elizabeth Cady Stanton advocating for the legal right to vote to extend to Black men but not Black women. Black women, however, have had active roles in feminist movements despite these exclusions, such as civil rights attorney Pauli Murray, who coined the term “Jane Crow” to address the sexism that Black women experienced. In Morgan’s book, however, she described not being able to relate to some aspects of the feminism of Black women who came before her, which is why she reasoned that hip hop feminism was better suited for her.

Morgan’s “postfeminist and post–civil rights” generation was the first to directly benefit from the gains fought for in the political movements of the 1960s and ’70s. “There was obviously a long, rich history of Black feminist theory, but how much had actually trickled down to the women I grew up with or the women I went to school with or hung out with and partied with,” says Morgan. “It really hadn’t.” This was the beginning of a larger project about how Black feminist theory could be more prevalent beyond the ivory tower of academia.

I’m glad I got my girls

Morgan didn’t intend to research pleasure when she began her doctoral studies at New York University in 2013. But since she was already exploring the concept of pleasure as a Black feminist practice in public talks, she decided to make it part of her academic work as well. “I decided that my feminist life was a huge part of my life and so it should also guide the scholarly work,” she says. “I also knew that these ideas of pleasure and having a different language for the way that we see Black women’s sexuality [are discussed] in terms of a logics of sexual violence and trauma. But we’re not so well-versed in talking about the ways that we find and engage and create pleasure as Black women.” Morgan also decided to shift her writing practice.

She wrote When Chicken-heads Come Home To Roost in isolation, but this time around, she intentionally curated a space that would allow her to work alongside like-minded Black women writers and scholars. “I wanted us to really brainstorm this idea of Black women and pleasure and then make a commitment to using it as part of our pedagogy, to making sure that it’s present in our coursework and in our discussions,” Morgan says. So she found fellow Black women scholars Drs. Yaba Blay, Brittney Cooper, Treva Lindsey, and Kaila Story and journalist Esther Arman and formed the Pleasure Ninjas.

As visiting scholars at Stanford University in 2013, the Pleasure Ninjas convened to discuss and theorize about a politics of pleasure. It was important to Morgan that pleasure also be centered during their time together off campus. They rented a house, danced, got massages, and “stayed up all night for days at a time.” Over the past five years, the Pleasure Ninjas have published academic work together, continued appearing on panels to discuss everything from Beyoncé to Scandal, and worked collectively to push forward Black women’s pleasure as a feminist ideal.

You can even find social-media posts of the group making their pleasure visible, like when they gathered to celebrate Morgan’s 50th birthday in various countries in Europe. Morgan documented the trip on Facebook and Instagram and was delighted when other people began sharing stories about how they celebrated their 50th birthdays. “My feminism is such a seamless part of how I live my life and how I engage my pleasure spaces that they often just overlap and sometimes without even knowing I’m doing feminist work.” 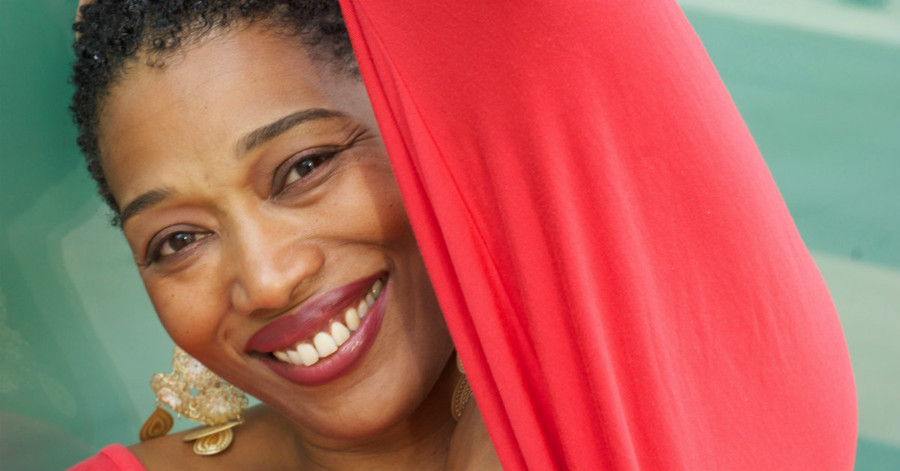 Morgan is a great example of how to integrate feminist work into our whole selves. When she decided to pursue pleasure for her doctoral research, one of her committee members told her, “You know feminists are allergic to pleasure, right?” Morgan says that this is a stereotype with some validity, and one that she’s challenging. “It became very important to live my pleasure out loud, to be unapologetic about the things that I love, including those other women who are the Pleasure Ninjas,” she adds. “I like my shit. I just do. It’s just part of my personality.”

Living our pleasure out loud, particularly during this tumultuous political climate, might not be the easiest thing to do, so Morgan has some advice on how to develop your own pleasure politics: “The first step is figuring out where you feel like the pleasure is missing and needs to be addressed. And then really making a commitment to making sure that you engage it and create pleasurable things and experiences for yourself unapologetically.” Morgan says this can be especially difficult for Black women.

“As Black women, we are generally raised to believe that being a good person means being self-sacrificing and taking care of others first. That means making a commitment to pleasure is often more tricky and challenging than it seems,” she says. “Zora Neale Hurston called us ‘de mules of de world,’ and she didn’t just mean mules for white people; we’re also mules for patriarchy, we’re also mules for the expectations of cisgender patriarchal Black men. And so many of us have watched very strong, very passionate, very committed Black women simply not make it and whether or not making it looks like suicide or dying at higher rates of cancer and heart disease, [or] just being generally unwell. We watched stress kill us, and so I think that this generation of leaders is really aware that it doesn’t make any sense to fight till you drop. We’re trying to fight till we get free. You can’t do that if you’re simply not here.”

It’s sage advice when we’re living under a regime whose policies make life less than pleasurable. But as Morgan reminds us, finding and sustaining pleasure is crucial to living a good feminist life.

Read this Next: Black Feminist Joy: A Photo Essay 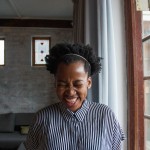 by Maneo Mohale
In a world marked by deeply racist narratives that prescribe Black bodies and bodies of color as visible and legible only through the lenses of oppression, violence, and death, joy becomes an act of vital resistance. 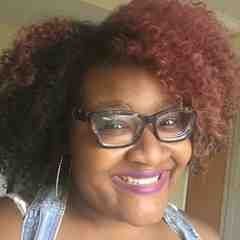 Briana Barner is a PhD candidate living and raising her family in Texas. When she’s not reading all the books, she enjoys listening to podcasts, good music, and traveling.