We Won’t OvercomeJoe Biden Erroneously Sheds the Shadow of Stuttering 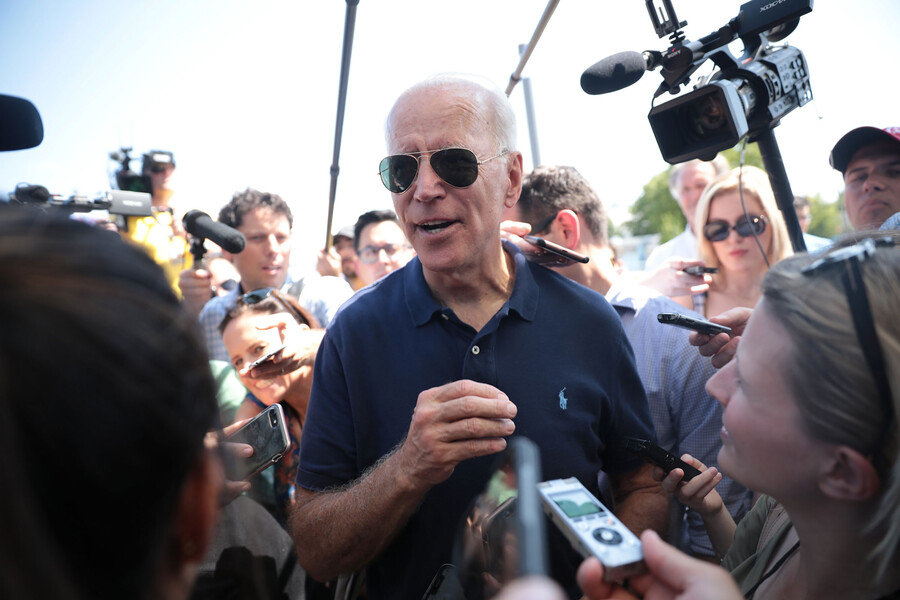 What was once a privileged tidbit among my tight-knit community is now common knowledge: Joe Biden is a person who stutters. When Biden was still Barack Obama’s vice president, his name would sometimes come up during monthly National Stuttering Association (NSA) meetings: “Did you know that Joe Biden stutters?” someone would ask whenever the topic of famous people who stutter periodically arose. “He even gave the keynote speech at the 2004 NSA conference,” another person would chime in. New NSA members were often surprised because Biden “passes” so convincingly—he presents fluently. Nearly all of us at these meetings, myself included, can’t hide our stutters. (Another NSA member once told me that I “stutter honestly,” by which he meant blatantly.) But the revelation that Biden stutters is also surprising to some people because, throughout his political career, he has carefully devised an official story about his stuttering that’s told entirely in the past tense.

The tenets of Biden’s stuttering narrative can be found in the 2004 keynote speech that so many NSA members like to discuss during meetings. In truth, they like the idea that a sitting senator traveled to Baltimore to speak about his own stuttering at an annual convention by and for a bunch of us stutterers—but perhaps they haven’t considered the speech in its entirety. During his speech, Biden explicitly called stuttering “a problem” and encouraged conference-goers to “conquer your demon of stuttering.” Then he made a claim that has become central to his presidential campaign: There are powerful lessons to learn from “the people who stuttered and [have] overcome it.” For people with disabilities, “overcome” is a loaded word. Oxford Languages defines it as “to succeed in dealing with (a problem or difficulty)” or “to defeat (an opponent).”

When we apply this definition in this instance, disability becomes the problem or opponent—something to solve or vanquish. But if we think of disability as it actually is—a neutral characteristic—then the narrative of “overcoming” falls apart: Just as I can’t “overcome” my blue eyes or short stature, I can’t “overcome” my stutter. Nevertheless, the overcoming narrative persists. In his 2014 book Disability Rhetoric, Jay Dolmage, an English language and literature professor at the University of Waterloo, identifies “overcoming”—where a “person with a disability overcomes their impairment through hard work or has some special talent that offsets their deficiencies”—as one of 11 myths that shape disability narratives. One incarnation of the overcoming myth is the “supercrip,” which writer Joseph Shapiro cheekily identifies as “one of the dominant images of disabled people.” When a paralyzed bride rises from her wheelchair to walk down the aisle at her wedding or a deaf valedictorian gives a speech without using ASL, that’s the supercrip in action. We applaud and admire these folks because these achievements prove that they too can be normal.

Beyond reinforcing the fabricated binary of normal/abnormal, celebrations of this kind also establish a clear hierarchy of ability, one where moving via foot is superior to moving via wheelchair, and communicating via speech is superior to communicating via ASL. The other iteration of the overcoming myth is “inspiration porn,” a term coined by disability rights advocate Stella Young, which depicts individuals as inspirational simply for living while disabled. Picture the parapalegic artist who paints with a brush between her teeth or the boy with a prosthetic leg running in a triathlon. We commend them because they have achieved the impossible by living what some consider a “full life.” Since a full life and a disabled life are treated as if they’re mutually exclusive, living fully requires “overcoming” one’s disability. “Life as a disabled person is actually somewhat difficult. We do overcome some things,” Young said at her 2014 TED talk. “But the things that we’re overcoming are not…things to do with our bodies.”

Overcoming disability, if such a thing exists, shouldn’t involve surmounting physical barriers, but rather the stigmas, pressures, and expectations imposed upon us by able-bodied folks. Biden, however, has always championed the traditional ableist notion of “overcoming.” As we see in his 2004 keynote, he’s cultivated an image as a recovered stutterer rather than as a person who actively stutters. In deploying the overcoming myth in his political career, Biden gets to be humanized by his past disability without being discredited for still having it. He projects strength not only by presenting as able-bodied, but by presenting as formerly disabled—if overcoming a disability can be achieved, as Dolmage writes, through “hard work,” then Biden’s fluency is a tangible sign of his diligence, fortitude, and tenacity. In his masterful profile of Biden, writer John Hendrickson—a person who stutters—deciphers Biden’s reliance on the language of overcoming. Hendrickson writes, “Occasionally, Biden has used present-tense verbs when discussing his stutter…” Hendrickson writes. “But in most public appearances and interviews, Biden talks about how he overcame his speech problem, and how he believes others can too.”

If Biden is going to benefit from his history of stuttering, then he also has a responsibility to the stuttering community. But as Hendrickson puts it, Biden’s “underlying message—­beat it or bust—is out of sync with the normalization movement.” Over the last several years, organizations like the NSA have spearheaded efforts to normalize stuttering, treating it as an alternative style of speech instead of an impairment. To be clear: There’s no cure for stuttering—and many argue that stuttering shouldn’t be seen as something to be cured at all. In a 2019 article for The Baffler, Barry Yeoman, a journalist who stutters, writes that a cure for stuttering feels “more like a homesexuality cure than a cancer cure.” In other words, we shouldn’t treat stuttering like a malady, but like a characteristic, or for some, an identity. I understand why Biden identifies as a person who used to stutter rather than as an active stutterer. Like all disabled people, stutterers experience discrimination and prejudice. And stuttering in particular is tremendously misunderstood and seen as a sign of weaknesses spanning from nervousness and insecurity to immaturity and feeblemindedness. For Biden, some critics also frame his stuttering as an indicator of cognitive decline and senility.

To be clear: There’s no cure for stuttering—and many argue that stuttering shouldn’t be seen as something to be cured at all.

People who stutter often discuss how to publicly acknowledge our disfluency. We use terms like “disclose” and “advertise” when discussing how we can tell others that we stutter. As of this writing, Biden has only disclosed retroactively and hasn’t yet claimed stuttering as part of his present identity. During his conversation with Hendrickson, Biden offered what he clearly felt was sage advice: “You can’t let it define you. You’re a really bright guy.” Of course Hendrickson is a bright guy (you can be bright and stutter), but the issue faced by people who stutter is not whether or not we “let” our stuttering define us; it’s whether able-bodied folks continue to exclude, deride, and misjudge us on the basis of our disfluency. So when we look again at the myth of overcoming disability, it becomes clear that it acts as a tool of ableism, putting responsibility on the marginalized individual rather than on the systems that oppress them.

If I consider my own experience “overcoming” stuttering, it has nothing to do with stuttering less frequently—it requires overcoming the shame and fear that I’m conditioned to feel about the way I talk. Promisingly, Biden has taken some steps to rewrite his own narrative. At this year’s Democatic National Convention, 13-year-old stutterer Brayden Harrington delivered a speech about an interaction he once had with Biden. “He told me we were members of the same club,” he said. “We stutter.” (Many Twitter users hailed Harrington as “brave”; while it’s incredibly brave for a young boy to deliver a speech to the nation, it isn’t inherently brave to speak disfluently in public.) This rhetoric, though coming from a secondhand source, is promising for its use of the present tense—Biden didn’t tell Harrington he understood his experience because he too used to stutter. He told him plainly: “We stutter.” In doing so, he positions himself not as a former member of the “club,” but as a current one, right alongside more noticeably disfluent folks like Harrington.

Read this Next: Biden, Byrde, and the Limits of “Toxic Masculinity” Discourse 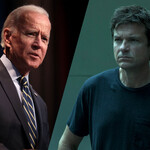 by Imran Siddiquee
For men like Joe Biden, the solution is never to contend with their own role in upholding an oppressive system.