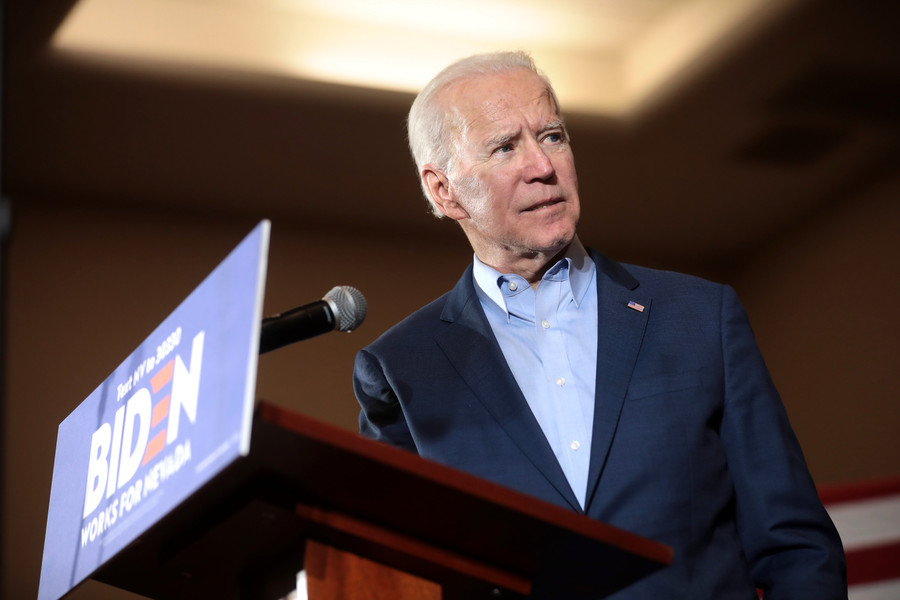 When the New York Times and the New Yorker published devastating reports in October 2017 that exposed powerful producer Harvey Weinstein’s history of sexual violence, I was excited to see such widespread attention on and participation in speaking out against sexual assault. But, as an antirape activist who’s been organizing and educating against rape culture for more than a decade, the rise of the #MeToo hashtag also made me nervous. When an issue becomes more mainstream, the heightened visibility can be both a blessing and a curse. Yes, more people are paying attention, but it also becomes easier for people with less hands-on antirape advocacy experience to take up the most space. That fear was quickly realized on October 15, 2017, when Alyssa Milano was credited with starting the viral #MeToo movement.

Her tweet, which garnered more than 22,000 retweets, appropriated Black survivor-activist Tarana Burke’s work without offering her credit, shifting “me too” from a private act of solidarity and comfort among survivors to a public outpouring of personal trauma. The fight to get Burke credit—and the fact that the appropriated version went viral—exemplified the way Black women’s antirape work has often been erased and ignored. Though Milano’s intentions were admirable, I didn’t participate because—as I explained in a viral October 2017 Facebook post and told NPR affiliate KQED—“I know, deep down, it won’t do anything. Men who need a certain threshold of survivors coming forward to ‘get it’ will never get it.”

Storytelling is an essential part of the antirape movement, but it won’t end sexual violence. Solving a problem doesn’t necessitate that everyone knows the details. Survivors don’t need more awareness; we need a complete overhaul of society’s distribution of power. Prevention specialists emphasize that awareness alone is not enough to stop sexual violence; it must be coupled with education that deepens understanding of its roots causes and the norms, attitudes, and behaviors that enable it. The consequences of that gap are particularly evident in the recent reaction to former congressional staffer Tara Reade claiming that presumptive presidential nominee Joe Biden raped her in 1993. Much of the online discourse has been predictable: Some self-proclaimed Biden supporters immediately began attacking Reade, indulging in stereotypical retaliatory tactics. Others, like Milano, took a more subtle approach in their response: shedding their “believe women” rhetoric and calling for “due process” (without defining it), calling Biden a “good man” (whatever that means), and feigning concern about “destroying innocent men.”

After Mr. Pussy Grabber’s election, waves of women began running for office and survivors fought like hell to keep Brett Kavanaugh from being confirmed to the Supreme Court. There were even a record number of women campaigning for the presidency, furthering the belief that Democrats have invested in the idea that the personal is political and that the private act of committing sexual violence has larger, systemic implications, especially when abusers are aiming for positions of power. When Republicans are on the chopping block, it has been easy for Democrats to condemn them, with Trump, Kavanaugh, and Roy Moore being held somewhat to account. But now, as a consequential election looms, Democrats are facing a similar situation with one of their own, and the question remains: Will they exhibit the same behavior they’ve previously claimed to abhor?

So far, the answer has seemingly been yes. Progressives rushed to attack Reade in an effort to defend Biden. A few conspiracy theories also popped up, though none of them focus on evidence that discounts Reade’s claims. Instead, detractors are leaning into age-old stereotypes about lying, crazy women spreading myths about powerful men for their own gain. For instance, one thoroughly debunked conspiracy theory claimed that Reade was once a guest on Dr. Phil who was seeking help for a mental illness. Not only does this theory imply that Reade was lying because she has a mental illness, but it also contradicts the reality that people with severe mental illness are more likely to be victims of violent crimes, including rape, than those without mental illness.

This trend of gaslighting victims of assault, including Reade, silences them while functioning in a mythical world where America didn’t elect a self-confessed sexual predator. That’s the thing about rape culture: It tells us we’re living in a world where victims are always supported, while also telling us that women are incentivized to lie about their victimhood. The kind of rhetoric being pelted at Reade follows a familiar pattern known as DARVO—deny, attack, reverse the roles of victim and offender. DARVO is a favored tactic for abusers, but it can also be perpetrated by community members. This pattern is particularly pernicious because it has a silencing effect—not just on its target but on other survivors who are exposed to it. Some Biden supporters may believe we should make an exception for the presumptive Democratic nominee, but that kind of thinking leads to a slippery slope. Every perpetrator is someone’s exception and that cumulative effect causes so much damage.

Attacking a victim’s credibility prevents us from having productive conversations that could actually move our culture forward.

Some Biden defenders might feel justified in questioning the timing of Reade’s disclosure, but they’re just laying out the blueprint that allows for other rapists to evade accountability. Even the International Association of Chief of Police’s sexual-assault-investigation manual notes that it’s common for survivors to wait a long time before reporting and that they’re likely to omit details about the assault. So as bystanders, our responses are informed by how we answer these questions: Are we making the world safer for future rapists? Are we repeating the same questions that scare victims into staying silent? We fight rape culture by breaking the cycle. There are ways to respond to personal disclosures without immediately attacking a victim’s credibility.

As Dr. Jennifer Freyd explained in a March 2019 interview with the Chicago Tribune, there are better ways to respond than by employing DARVO and bystanders must always condemn its use. “Even if we say we don’t know what happened,” she says, “we do know how these people are behaving right now, in front of us. And that behavior, itself, causes a lot of damage, to both people involved and to society as a whole. It shuts down the conversation, and that’s bad for all of us.” It’s our duty to avoid and condemn DARVO’s use because survivors are always watching. Attacking a victim’s credibility prevents us from having productive conversations that could actually move our culture forward. Instead of asking, “What evidence shows she’s a liar?” we should consider: Did it happen? What does it mean if it did? How can I engage in a way that challenges a culture that makes this violence too common, and that doesn’t contribute to it? A lot of people who claim to support Reade should ask themselves these questions.

For the past few days, I’ve watched people on social media justify harassing Biden supporters, especially ones that have spoken about #MeToo in the past. What’s the point of calling someone a rape apologist if your behavior also falls on the spectrum that normalizes gendered violence? Just as harassing victims is abhorrent, using a stranger’s trauma as a pawn to bully others is despicable and a barrier to progress. Antirape work isn’t about treating every disclosure as an opportunity for a virtual war. Those who truly believe and support Reade should take a victim-centered approach by focusing on her—not Biden or his assailants—and following her lead.

Hashtags like #MeToo and #BelieveWomen have been incredible rallying cries, but online action must be met with offline action. This includes stepping up in our own lives: Support survivors you personally know, don’t use or excuse rape jokes, and learn about antirape history. Participate in actions that demonstrate genuine concern for sexual violence outside of a national political fight. It takes both internal and external change to create a rape-free world. Antirape activism is about present action that creates the future we need. Individual cases will come and go; the daily reality that victims are silenced and rapists evade accountability remains. That truth must stay in the forefront whenever we talk about Reade and Biden. Our reactions to these situations have an impact that will last long after the 2020 presidential elections. Supporting survivors isn’t about tearing individuals down—it’s about the hard work of building a better, safer world.

Read this Next: Fixed It For You! 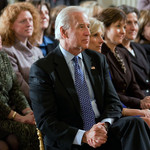 by Rachel Charlene Lewis
"There are a number of women who are qualified to be president tomorrow."
by Wagatwe Wanjuki
View profile »