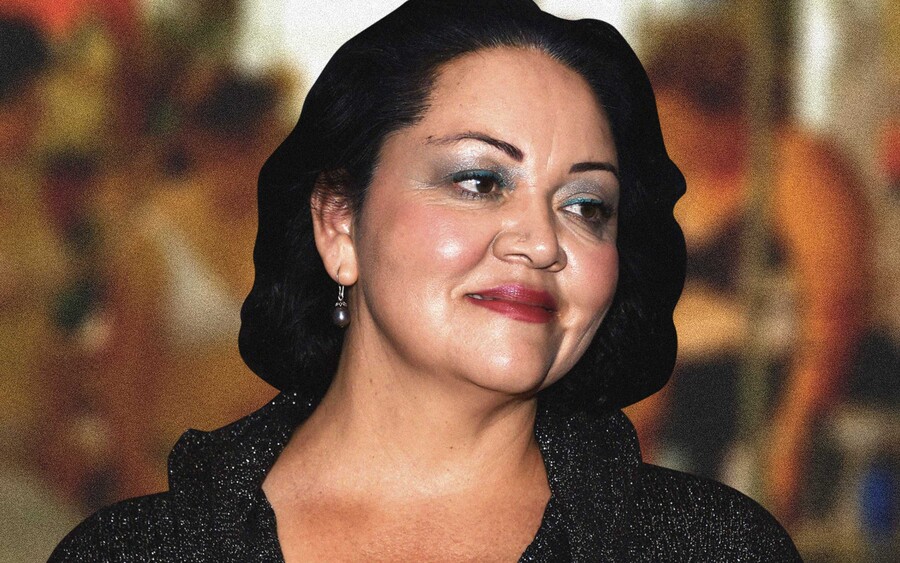 Josefina López’s iconic 1990 stage play, Real Women Have Curves, is celebrating its 30th anniversary this year. In 2002 the play was adapted into a film starring America Ferrera as Ana García, a graduating high-school senior from a working-class Mexican family in East Los Angeles. Ana spends her summer after graduation steaming dresses with her sister, Estela (Ingrid Oliu), and her mother, Carmen (Lupe Ontiveros), in a sweatshop that produces goods for a high-end department store. While working in the factory, Ana must navigate the expectations that her parents have for her future, which involve her getting married, raising a family, and giving up on her dreams of going to college.

Both the play and the film had a massive impact. The film adaptation was called “delightful coming-of-age comedy-drama” by Variety in 2002. Arts and Culture Texas reviewed a 2019 production of the play by the Dallas Theater Center to articulate the similarities that remain pertinent in the play for Chicanas from 1990 to 2020: “As sweatshop workers, they are exploited. As women, they are undervalued. As Chicanas, their immigration status is constantly questioned. At seemingly every turn, these women’s mere existence is questioned.” In a 2017 interview with Entertainment Weekly, Ferrera explained, “What’s special about the film is that so many people can watch it and see in themselves and the dream they have for themselves that their parents, family, or friends didn’t see for them. The specificity of it made it feel universal.”

I was lucky enough to hear López speak at my college commencement ceremony in 2015 at Columbia College Chicago. I was shifting into the world with a writing degree and I was concerned with the trepidation that eats every young artist alive: the realization that making a living in the arts comes with taking a swan dive of a leap of faith into believing in yourself. This idea of faith in oneself is what brings viewers from all walks of life into Ana’s story. We see her at this pivotal moment in her young life alone, writing, taking in all that is stacked up against her yet making a quiet, solitary decision: She alone must make the swan dive, regardless of the fear or discomfort it inspires for those that love her. Real Women Have Curves succeeds precisely because it merges the specific contours of Ana’s life with the universal theme of wanting more than what the world is ready to give you.

López took the stage to accept an honorary degree from the institution and recounted her 30-plus year career and how she navigated expressing her own complex web of truths in an industry that was particularly unfriendly toward everything she represented: Latinas, undocumented immigrants, plus-size women. López relished the crowd with this wisdom: “Your greatest expression of who you are is your greatest contribution to humanity.” López has had more than 80 productions of her stage plays. Bitch spoke with her about the challenges of adapting a stage play into a screenplay, how it feels to see women who reflect your own reality onstage, and the overdue reckoning that the entertainment industry must make with its Latinx creators.

I saw you speak at my Columbia College Chicago commencement in 2015. I internalized an idea you spoke about in your speech: “When you say, ‘I matter because I say so, my stories matter because I say so’… That’s when you exercise your right to be the author of your own destiny.” To me, that meant that no matter where you come from and how many times you are told that you don’t matter, you have to be the one to decide that you do. That was such a momentous message to hear at that time.

That was such a special day for me because I struggled so hard to get an education. I grew up with a mother who was programmed to believe that getting married was the solution to everything because she lived in a time where women could not live in society without men. Her ancestral trauma lived inside of me and played itself out. When I was growing up, women couldn’t get an education or much less live in society with that [ingrained] programming of having so few expectations. My fantasy was always getting a PhD. When I got an honorarium from Columbia, I thought, Wow, this shows that the work that I do has some level of mastery and contribution to humanity. On the day of the ceremony, I wrote basic notes on a piece of paper and, though I didn’t leave my body, I was in a trance, I didn’t even pause. All of the suffering was worth it because I was able to share it. Giving that speech was a very triumphant moment in my life.

The world premiere of the play Real Women Have Curves was in San Francisco in May 1990. What did your life look like two years earlier?

In May 1988 I was finishing initial drafts of the play. I was in New York City in the Hispanic Writers Workshop at INTAR Theatre. I was concerned with getting my green card. I had just qualified the year before for amnesty, so I had to wait a year to be eligible.

In many ways, the play was ahead of its time. It was about body positivity before that term had been recognized and it centered the lives of Mexican women navigating layers of cultural expectations in regard to bodily autonomy, marriage, and educational advancement. What did it feel like when you saw the first stage production of Real Women Have Curves with a cast of everyday women?

I was moved because it was such a beautiful experience to have people cheer for women with average—or larger—bodies. Everytime I see a production, the audience applauds at that moment where the women take off their clothes—there’s this moment of uplift. They don’t want to carry the shame of being in a body anymore. They’re not reduced to being meat. Thirty years later, I get that the curves I’m talking about is the infinity symbol, which is the symbol of the sacred feminine. Society has cheapened our work as women and the message of the play was that all women have curves, we are powerful, we are all goddesses, and we must see ourselves as that. When we’re reduced to being legs and tits and ass, we’re robbed of that power. We give birth to community and ideas, not just children. That hasn’t been valued in a patriarchal system that only values the hierarchy and not the curve, not the wholeness of the circle.

As a child I wondered, why wasn’t I born a man? I was athletic and smart and I thought if I had been born a man, people would have celebrated my creativity, intelligence, and abilities. Instead I was always made to feel—what’s wrong with you? Why do you have to be extraordinary? Why do you have to stand out? Step back, let the boy shine. I was feeling bad about being a woman, especially because I was from a Mexican household where women were thought of as second class-people. I had to write this play to save myself, to heal myself, to see the value in who I was. 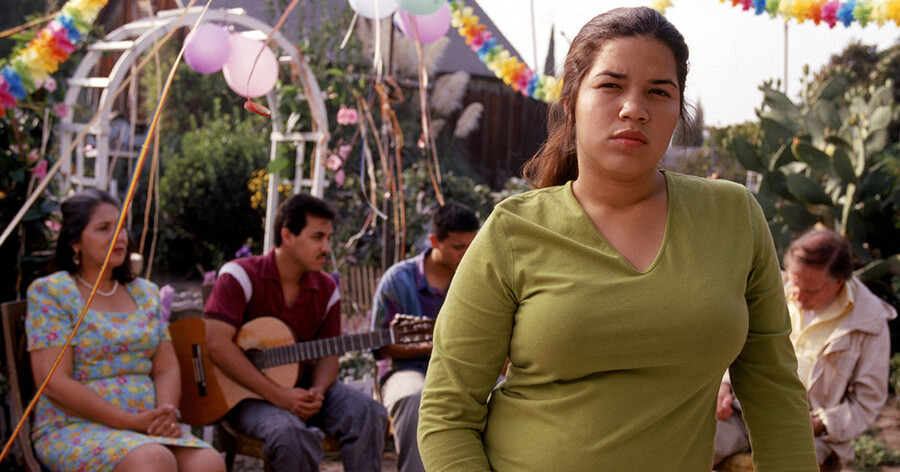 There was a 12-year gap between writing the play and the release of the 2002 film. There are various differences between the play and the film; for example, the film doesn’t explicitly touch on immigration, but the play opens with the presence of La Migra immediately. What were some of the joys or challenges that you encountered as a writer adapting a story from the stage to the screen?

I did three different versions of the screenplay. My cowriter, George LaVoo, brought a new point of view and helped open it up more to be accessible to so many people. In doing that, we had to take the story out of one location. The story is about a woman discovering her worth, so we had to lose the immigration plot. The challenge was that when I tried to sell it, studios wanted to get white women to play Latina women and skinny women to play larger women. The consciousness of the market was not ready. When the film was made, the right version of the screenplay was ready, as well as the attitude to make it authentically. For Hollywood, this movie was historic because it had never cast anything like that.

In October 2020, you signed a petition to advocate for Latinx artists to have more engagement and power in the film and television industries. When you think through the history of screen representation from 1990 to the present, do you think we are closer to a more genuine representation of diverse stories, or do we still have a long way to go?

We have such a long way to go, but it’s the first step. Since I was 17, I’ve been aware of the damage of not seeing yourself onscreen and how that affects your humanity. I felt like an alien, like I was never seen. And when we are seen, we’re the bad guys. I tried so hard to change image and representation. When I hear people talking about inclusion now, I think, Great! I’ve been waiting for 30 years for this. It sucks being a visionary—you tell people what needs to happen and they don’t listen to you. I’m so happy that younger people are ready to say, “Let’s challenge this.” Finally, we are human enough to be believed. Our pain matters now.

The first step is a first step. But they also say, “Oh there’s not enough Latinas with writing experience,” and I think, Shit, am I invisible? I’ve been here. There are so many Latinx writers who have been here and they didn’t get the opportunities because no one was seeing them. It’s nice to see so many writers stepping up and saying, “No, you can’t write about our stories without us.” That’s really important.

by Izzie Ramirez
The rhetoric folks use when talking about the South has got to stop. 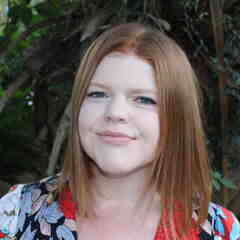 Karen Fischer is a freelance writer currently based in Gallup, New Mexico.