Joss Whedon and the Persistence of Prioritizing Male “Creative Genius” 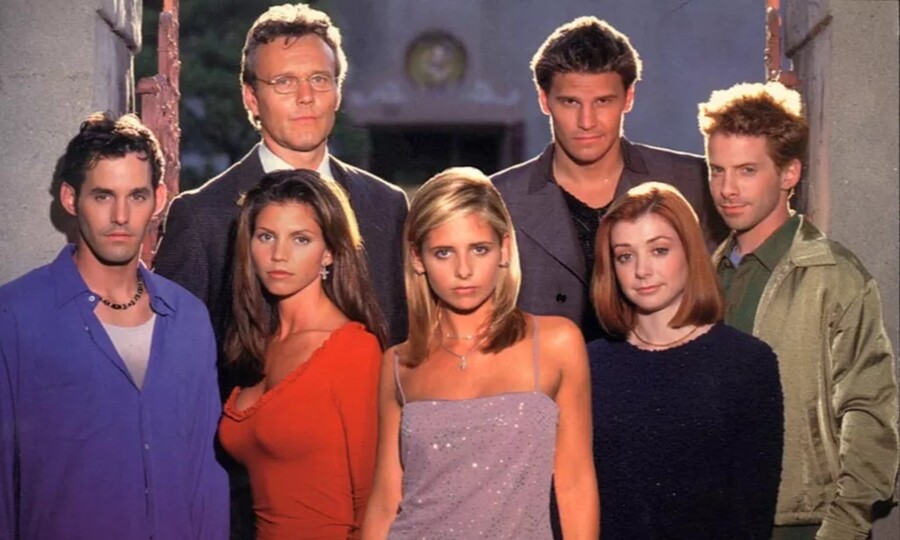 For years, new stories about creator and director Joss Whedon’s abuse of people he’s worked with, specifically women, have been revealed on a near-constant loop. In 2017, following his divorce from Kai Cole, she wrote an essay for The Wrap in which she accused him of being a “hypocrite preaching feminist ideals.” Cole said she felt Whedon used his relationship with her to protect himself “so no one would question his relationships with other women or scrutinize his writing as anything other than feminist.” Ray Fisher, who played Cyborg in Whedon’s 2017 film Justice League, has alleged several times that Whedon’s behavior on set was abusive. Sophia Crawford and Jeff Pruitt, former Buffy stunt workers, were among the first to speak out after Fisher about previous abuses by Whedon.

Now, that thread continues to unspool. This past week, in corroboration with Fisher, Charisma Carpenter, who played Cordelia Chase on Buffy the Vampire Slayer and then Angel until her abrupt departure—when Whedon essentially fired her for getting pregnant—revealed to the public via social media that she was subject to Whedon’s “hostile and toxic” treatment on set. “For nearly two decades, I have held my tongue and even made excuses for certain events that traumatize me to this day,” she said. “Joss Whedon abused his power on numerous occasions while working together on the sets of Buffy the Vampire Slayer and Angel. The disturbing incidents triggered a chronic physical condition from which I still suffer. It is with a beating, heavy heart that I say I coped in isolation and, at times, destructively.”

In light of the details of Carpenter’s abuse, many who have worked with Whedon have weighed in, including Firefly writer Jose Molina, who tweeted that Whedon was “casually cruel” and found it “especially hysterical” to “mak[e] female writers cry during a notes session.” Women from the set including lead Sarah Michelle Gellar, Amber Benson, Emma Caulfield, Eliza Dushku, and Michelle Trachtenberg publicly praised Carpenter for her powerful and painful reflections on Whedon’s harmful behavior. Buffy writer Marti Noxon also tweeted that she “would like to validate what the women of Buffy are saying and support them in telling their story. They deserve to be heard.” Yet while their solidarity is incredible, it shouldn’t be as necessary as it is. It shouldn’t take so many women standing up for one another for society to listen to and validate one woman’s story of abuse. And it shouldn’t be that she goes public not out of knowledge that she will be believed but because she felt forced to defend other survivors’ stories of abuse.

The latest allegations against Whedon are illustrative of the frequent “revelation” cycle that is typical in the cases of many abusive men in Hollywood and other positions of power in society at large. A chorus of individual callouts condemn the abuser just lightly enough that semi-powerful people get credit for doing something, but in the end, there are no consequences that affect his career or help prevent future violence. Instead, despite the stories that come to light, and the buzz around them, victims and survivors of the abuse seemingly never receive the restorative justice they deserve, at least not publicly, and certainly don’t have their experiences centered instead of—or over—the abuser’s. Since the ’90s, Whedon’s career has increasingly thrived all while he’s harmed people with less power and taken away opportunities from the survivors of his mistreatment. Would the near-constant cycle—of briefly and shallowly examining the harms done by powerful men like Whedon, then moving on weeks later only for the cycle to inevitably repeat—even be necessary if we stopped putting white men in charge of projects by default and stopped assuming them incapable of abusing their power until proven otherwise?

Whedon has long been at the helm of blockbuster projects, including several Marvel movies and iconic sci-fi shows like Buffy the Vampire Slayer, Angel, and Firefly. Many fans of these projects, myself included, grew up with these shows and were told that Whedon was the mastermind behind them. We were told that he was bringing a new era of feminism, queerness, and creative liberty in storytelling to the screen. “If there was [a] male film maker in Hollywood you’d feel confident calling a feminist it would be Joss Whedon” began a 2015 op-ed in The Independent. But despite the fact that Whedon, an accused abuser, has been hailed as a so-called male feminist icon, and despite the fact that he was picked to run these projects, it’s simply not the case that he’s deserving of such credits. In actuality, the extraordinary actors, writers, thinkers, and other workers who have made his media projects so special—mostly marginalized people—are the ones whose creative genius we should be paying attention to and uplifting, even if they aren’t the ones whose names are being confettied across the mainstream media.

But our culture at large has failed to uplift the voices of survivors, vet people more properly for earning leadership in the first place, and implicitly trust those who feel uncomfortable on entertainment projects from the beginning. We must stop insisting on prioritizing cis white male “creative geniuses” like Whedon, Woody Allen, Harvey Weinstein, and all the rest—who have abused not only the vulnerable people they’ve worked with but the power they hold that allows them to continue to do so. Despite Whedon’s, and other abusive white men’s, taking up leadership roles and so often garnering praise and recognition, it isn’t Whedon or the like who should have the bulk of the credit anyway. The truth is that the way the industry portrays the creative process—by putting powerful white men, or indeed any one person, at the top of a bill to advertise them as the sole or main creator of a project—is severely flawed.

Could we replace those white male “prodigies” with the prioritization of truth and justice?

These shows and movies wouldn’t exist in the first place without the incredibly talented actors, prop masters, writers and editors, janitors on set, caterers, and all of the other oft-overlooked workers who are treated as irrelevant to the creative genius and success of projects. For example, “The Wish,” an episode in the third season of Buffy written by Noxon, is highly regarded as one of the most brilliant episodes in the entire show. Whedon didn’t touch its directing or writing. In many ways, it’s because of how deeply our society’s violent systems prioritize powerful white men and their intellect that Whedon is still the one who gets credit for bringing more radical topics and storylines to the screen. But like his ex Cole wrote, in reality it has been everyone else who has made these stories possible. Women like Benson, Carpenter, Geller, Alyson Hannigan, and Trachtenberg, and are the brilliant ones who so selflessly put themselves into characters who have touched fans forever and transformed our understandings of ourselves, our passions, our politics. They—not Whedon—deserve the credit for ushering in a new era of creation. The show’s dazzle, its essence, belongs to them.

We need to grapple with the fact that no one’s art, no matter how good or industry-evolving it appears to be, can absolve someone of abuse or poor treatment of others in general. As a former child actor in Hollywood who left sooner rather than later after dealing with only minimal abuses and uncomfortable situations, I still have plenty of close friends who are well-known actors. The abuses I’ve witnessed them endure at the hands of powerful white male “creative geniuses” are horrifying. Now, as an adult, I look on and support them from a distance and am both scared for them and proud to be on this side of the screen as a writer and journalist who can say more than they may ever feel able to.

I and many others have questions for Hollywood about what it would look and feel like if we listened to women and marginalized people about their experiences and believed them over valuing the supposed creative genius of men. Could we replace those white male “prodigies” and their coveted intellect—ultimately an individualist myth that erases the work of the teams behind the projects—with the prioritization of truth and justice? What if we let abusers be abusers without trying to absolve their reputations with acclaim of their art, especially given that there are plenty of geniuses who have not been accused of abuse and deserve a chance in the spotlight? And what if we took away the platforms of abusers the first time we learned about their manipulation of powerful systems against those without power? Imagine if we could instead center and uplift women, survivors of harm, marginalized people, and all of the above: We could build a better world. And I certainly believe we could build an entertainment industry that doesn’t rely on a hierarchy of “genius” men like Joss Whedon remaining at the top and keeping everyone else down.

Read this Next: “Buffy the Vampire Slayer” Empowered Women By Tapping into Ancestral Forces