Joy McCullough’s “We Are the Ashes, We Are the Fire” Honors Rage | Bitch Media

In “We Are the Ashes, We Are the Fire,” Women’s History is Lifesaving 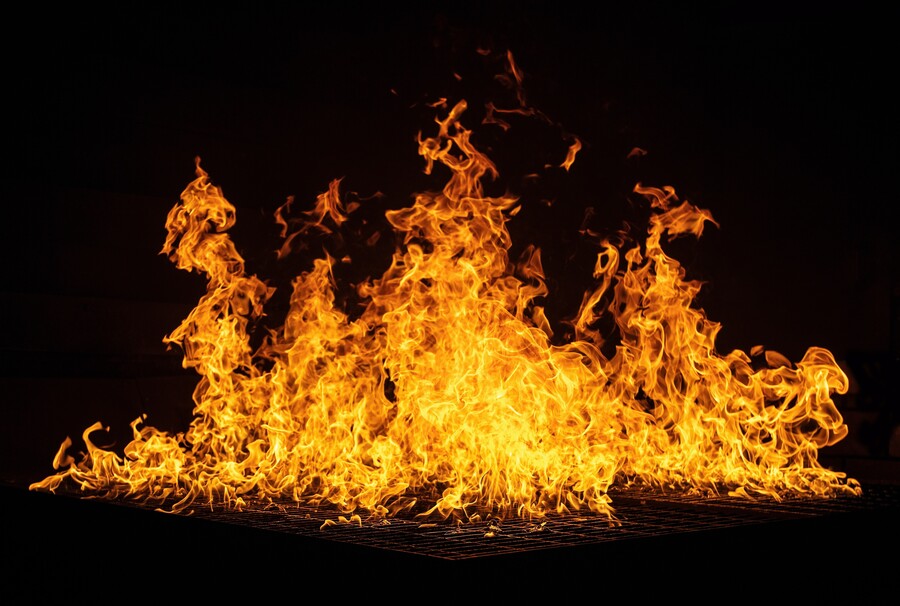 History often exemplifies androcentrism—a philosophy term defined by Merriam-Webster as “emphasizing masculine interests or a masculine point of view”—so when we think about historical figures, we tend to imagine serious-looking white men on the cover of dense books, white men locked in eternal battle in paintings, or black-and-white photographs of Western male politicians giving speeches. Women’s stories are still actively altered, allowed to be lost to time, or left out of the school curriculum and museums that would bring them into the lives of the people who need them. In Joy McCullough’s latest young adult novel We Are the Ashes, We Are the Fire, released on February 9, the author challenges this unacceptable norm: As our protagonist, Em Morales, struggles to heal in the painful aftermath of her sister’s rape, women’s history becomes a vital tool for healing. Learning about and connecting with the stories of women of the past allows her to gain a deeper understanding of what it means to collectively experience trauma—and survive. As a whole, the novel is a meditation on the power of uncovering past heroines, especially for young women who are looking for strength.

Written in a combination of first-person narration and the poetry that Em writes, We Are the Ashes, We Are the Fire follows Em as she is pushed to learn what “woman” and “victim” really mean. The Em we meet early in the novel is brazen and determined to recover on her own, but as the book unfolds, she embraces collective healing, learning from her parents, sister, and friends that asking for support can be more powerful than wallowing in her isolation. We first meet her in the prologue: She’s in middle school, and a pack of boys walks past. She’s shocked when she thinks one of them grabbed her ass. She instinctively undercuts herself, telling herself not to be so dramatic; even at her young age, she has long-associated boys with aggression. After school, she complains about this to her family, sharing that she hopes that boys will become better and less arrogant when they’re in high school, or even college if that’s what it takes. But in a move that prepares us for the violence to come, her older sister and confidant, Nor, tells her not to get her hopes up.

The book’s first chapter proves Nor’s statement: Nor’s subsequent rape takes a serious toll on the sisters’ relationship. Nor pulls away from Em, who desperately misses her sister but drives her further away with misguided attempts to help her heal. As the book progresses, we discover the details of Nor’s assault—and the resulting trial—in pieces. Although the jury eventually finds Nor’s rapist guilty on all counts, the judge decides that the evidence is “unclear” and that prison is the wrong answer for her rapist’s so-called “lapse in judgement.” He is sentenced to time served, and Em finally understands the devastating impact of the criminal-justice system failing survivors. A part of the power of We Are the Ashes, We Are the Fire comes from its ability to pull from real-life events.

What the judge says in this scene closely mirrors what former judge Aaron Persky—who was later recalled from his position—said when he controversially sentenced Brock Turner to six months in jail for assaulting Chanel Miller. So often, judges briefly note the devastating damage on the victim’s life, but they’re ultimately more concerned about the future of the perpetrator. In this novel and others that explore sexual violence against young women, we’re offered painful moments in which art imitates life, tugging at readers’ memories to create a collective understanding—this character’s pain has happened to a woman in real life. These all-too-familiar stories of assault and botched trials are parts of women’s history, but the ways they’re told tend to focus on the violence and notoriety of the perpetrator, often reducing women to someone’s victim rather than a complete person who has been horribly wronged. In this novel, a familiar event is put in a new context where a woman is able to claim and define her own narrative.

Miller herself provides one of the most stunning examples of women reclaiming their history and telling their own stories. Four years after her victim impact statement went viral, Miller released the bestselling memoir, Know My Name, and has since become a public advocate for survivors. Miller told The Cut in 2020 that she expected going public to feel like, “‘I’m going to set into the world with my little sword, I’ll protect my family.’ But it was more like: ‘I’m stepping out in order to be absorbed back in by the masses.’” Miller’s resilience and voice is now a thread woven into the rich and sometimes painful blanket of women’s history, and McCullough honors that in her writing of Nor’s case. In one gut-wrenching scene, Em collapses outside the courthouse and tells a reporter that the verdict made her feel like “learning how to use a fucking sword.” In another moment that nods to real life, Em’s quote immediately makes the rounds on Twitter. This moment, which felt powerful to Em, ultimately leads strangers online to criticize and dismiss Nor’s pain. 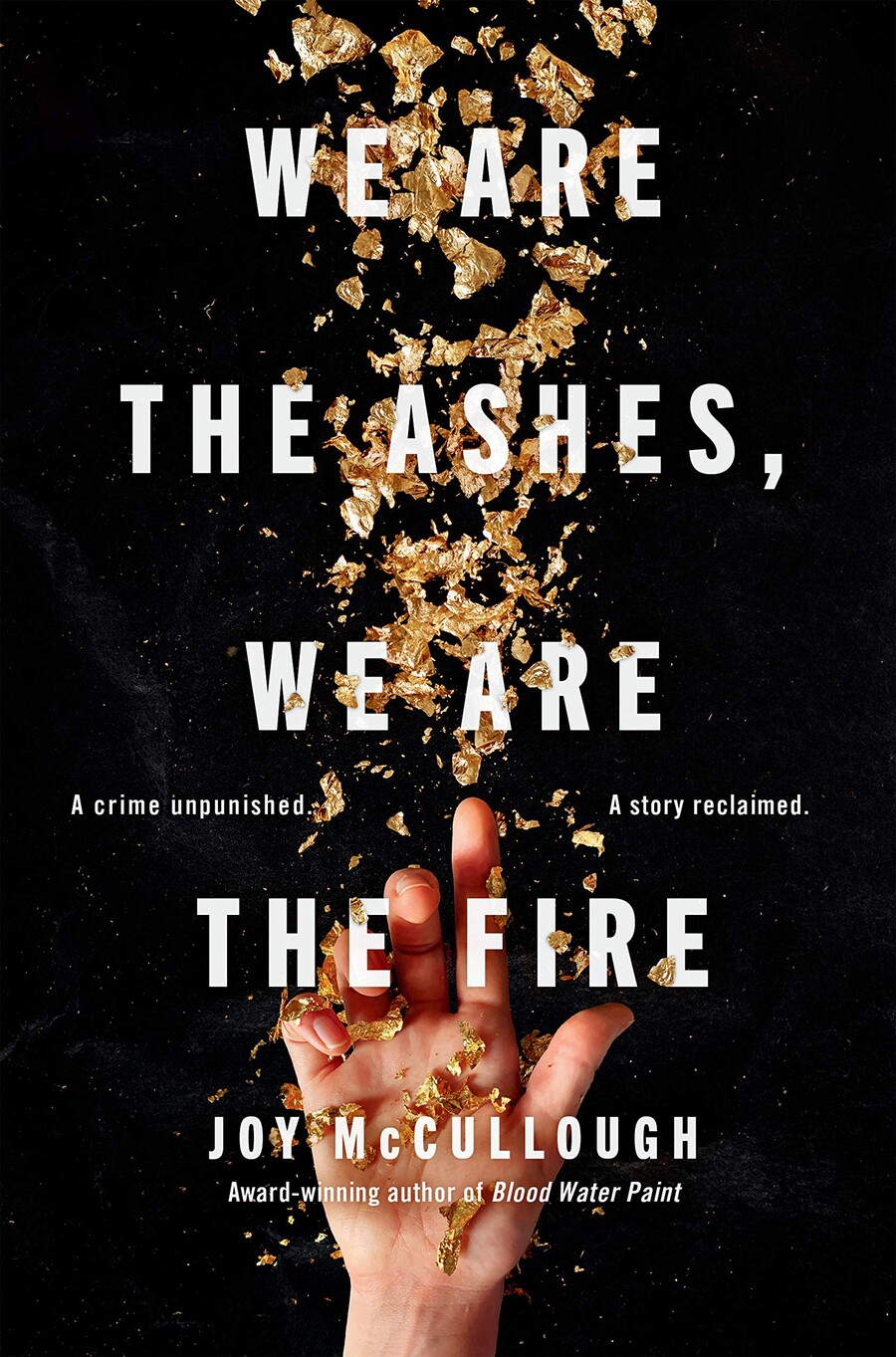 We Are the Ashes, We Are the Fire by Joy McCullough (Photo credit: Dutton Books for Young Readers)

The harsh pushback is the beginning of Em’s fixation on swords and medieval history. One day after school, Em overhears nonbinary student Jess (who later becomes her close friend and number-one source for all things medieval), mention Marguerite de Bressieux, a pseudohistorical French medieval figure, who was assaulted in her castle, along with many other women, by Louis de Chalon, the prince of Orange. To get their revenge, the women joined forces with the king’s army and executed their rapists during the Battle of Autun, unmasking before each kill so the men would know it was their victims who killed them. Em gets lost in imagining Marguerite’s resolve, the respect she commands, and the justice she’s able to deliver. Em feels validated by Marguerite, though it’s worth noting that she learns about this historical figure from another student rather than in school or a museum. Em finds herself itching to write poetry, something she once loved but stopped doing after her male classmates stole her journal in an attempt to shame her. Writing also helps her reclaim her own space and a sense of control. To be clear, Em isn’t a perfect protagonist. At some points in my reading, I found it strange that the novel focuses on the way the case impacted her rather than Nor, especially since Em sometimes criticizes Nor’s path to healing. Shortly after Em’s statement goes viral and Nor becomes frustrated with the new round of unwanted publicity, Em bemoans always being the “bossy, brash” one, calling herself the dragonslayer to Nor’s princess. I didn’t like the suggestion that Nor’s supposed softness allowed the “dragon” to come, essentially blaming her for the rape.

Ultimately though, I related to Em’s unbidden frustration and rage and to the way she became absorbed with Marguerite’s legend, remembering how much I clung to the stories of women like Hildegard von Bingen and legends like St. Agatha when I was in college, learning how to see myself after experiencing emotional abuse and sexual trauma. Their stories helped me create a sacred solidarity with other women who have experienced suffering. When women discover long-hidden parts of our history, there’s a sense of relief and unity. Relief that women have always been as interesting, resilient, and passionate as you believe yourself to be, and unity from uncovering a collective history you never really knew existed. You might feel a little less alone, a little more connected, a little more ready to act. Toward the end of the novel, dejected from learning that Marguerite is presumed to be a legend, Em vents to Nor, who says, “Women were erased from the narrative way more than they were invented.” It motivates Em to finish writing Marguerite’s story. And as we pay more attention to the women that came before us, we continue to write ours.

Read this Next: Know Our Names 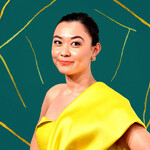 by Kylie Cheung
By recounting her experience, Chanel Miller has helped shatter a norm of silence and stigma in Asian communities. 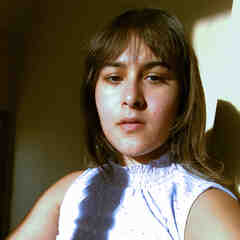 Ashley Bardhan is a writer in New York who covers entertainment, food, sex and other things that people like.