False AlarmThe Tale of JT Leroy Is a Hoax with Layers 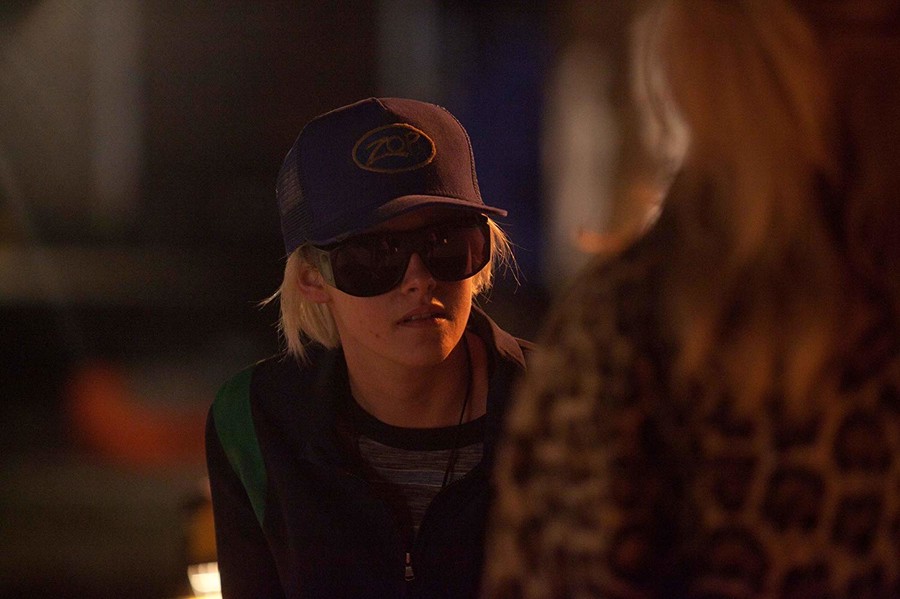 Reviews of Justin Kelly’s fourth feature, JT LeRoy (previously titled Jeremiah Terminator LeRoy), which premiered at the 2018 Toronto International Film Festival, have demonstrated unusual inconsistency. Critics find the film muddled and incomplete, unless they find it sharp and fascinating. Some reviews deem it insightful, while others damn it as shallow. This lack of consensus is more appropriate than it might be with a different film because the jury of public opinion has long been similarly divided on the film’s central figure: the eponymous, nonexistent JT LeRoy.

During the heyday of LeRoy’s fame (the early- to mid-2000s), a great deal of ink was spilled on him. It’s curious that a fictional film about LeRoy has appeared now, so long after the fact, in such a different media landscape: “Truth” is stranger and more elusive than ever, and #MeToo has in some ways altered the traditional public narratives of those who take unfair advantage of others. But great stories and unique figures endure because their significance shifts with the cultural landscape. In 2006, when LeRoy’s true identity was revealed, the story was one of the weirdest tales of deception ever to rock the literary world; now, it fits into current discourses on gender identity, the nature of fame, and the question of who gets to tell the stories of others. Like its subject, JT LeRoy is about so much more than it seems.

Laura Albert found both her subject and alternate identity when, in the mid-1990s, she connected with a psychiatrist on a suicide hotline. The persona she created was an HIV-positive, drug-addicted teenage hustler who had frequently passed as a young woman to turn tricks. Though Albert initially wrote about LeRoy’s life as a therapeutic exercise, the stories turned out to be extraordinary. They passed from hand to hand, and Albert ultimately signed LeRoy’s name on a book contract.

Between 1999 and 2005, she wrote three books under the name and personality of JT LeRoy: Sarah, The Heart is Deceitful Above All Things, and Harold’s End. The first two were critical sensations, and LeRoy himself became an underground celebrity. Fans of his raw, dark, apparently autobiographical writings included luminaries like Dennis Cooper, Courtney Love, Bono, and many other celebrities; unbeknownst to them, Albert recorded their phone conversations with the author. But before long, JT had to be more than a voice on the phone. He needed a body.

JT LeRoy is based on the 2007 memoir Girl Boy Girl, written by Savannah Knoop, who pretended to be LeRoy as part of a plan assembled by Albert, who was then their sister-in-law. Albert needed someone to do readings and take part in photo shoots, but Knoop was terrified to perform the role. Still, once they agreed, their excruciating public shyness and odd behavior in the role of LeRoy brought even more buzz: Why did a kid who used to turn tricks for drugs stutter and hide when asked to read from his books? Why did he only appear in huge, dark sunglasses and bad wigs? Why couldn’t anyone pry him away from Speedie, his weird, pushy, fake-British manager?

“Hoax” was the answer to all these questions and none of them. Albert didn’t create the JT LeRoy persona with fraud in mind; her deceptions rose from fantasy, not arrogance. (For proof, see the excellent 2016 documentary Author: The JT LeRoy Story, which presents Albert as an unwell, obsessive narcissist with little insight and bad boundaries.) After Warren St. John of the New York Times somewhat smirkingly unmasked Knoop as LeRoy and Albert as author, the entire enterprise collapsed, and the famous friends Albert made while she was JT mostly deserted her. She has not published any books since.

Albert’s scheme, seen through a current political lens, has the feel of performance art intended to show something that’s not about her, but about ourselves: what we unquestioningly accept as truth, what we want from public figures.

Albert would later claim that LeRoy was an “avatar,” as opposed to a traditional alias, and that the books are as true as they ever purported to be, since they were sold as fiction rather than memoir. Still, it’s impossible to deny that LeRoy’s persona and authorship spiraled out from deception. When exposed, Albert scrambled to keep the secret, lied to hide the evidence, and, as quoted in Girl Boy Girl, confessed to Knoop that, “The whole thing makes me revert into shame. I feel like I want to disappear.” Her deception might not have been malicious, but it was deliberate. Albert is the firing pin of the JT LeRoy story, but the projectile is Knoop, who admits in Girl Boy Girl to a pervasive uncertainty about why they did such a bizarre thing. From a conversation with Albert: “I said flatly, ‘I don’t feel like any of it has much to do with me.’ And wondered to myself, why was I doing it then?” Later, on a film set: “I felt like a paper cut-out with moving appendages, wishing for words to pop out of a bubble above my head.”

It’s difficult to build a film around a passive figure, and JT LeRoy only partially solves this problem. One strategy is casting. Kristen Stewart is note-perfect as the androgynous, uncomfortable Knoop—alluring in spite of her awkwardness, intelligent and well-spoken when she decides to speak, constantly on the brink of fleeing any room she’s in. And there’s no question about how Albert draws Knoop into the hoax: Laura Dern portrays her with distinctive gestures, labile mood, and fervent eyes, perfectly communicating Albert’s unusual magnetism. The film nevertheless lags in the final third, as Knoop stumbles around in the mess she’s made of her personal life and Albert stews in inappropriate resentment.

Part of the puzzle here is Eva (Diane Kruger), an exotic French actress determined to acquire the film rights to LeRoy’s work. Knoop falls hard for Eva, and the personal, professional, and fraudulent get hopelessly tangled up, both inside and outside the film. Eva is a stand-in for the Italian actor and director Asia Argento, who plays a huge part in Knoop’s memoir as a love object. There’s a red herring here: Some critics have projected failure for JT LeRoy because of its connection to Argento, a prominent early proponent of #MeToo who allegedly abused an underage person herself—a young man she met while filming, yep, an adaptation of the work of JT LeRoy. But Knoop and Kelly wrote the real Argento out of the screenplay well before her own transgression went public, replacing her with the fictional Eva. The layers of truth and performance boggle the mind.

It seems appropriate that  JT LeRoy goes short on guided satisfaction and long on implied ideas, stripping down Knoop’s (and Albert’s) story to make audiences think and ask questions. Did Albert’s lies harm her readers? Was Eva sleeping with LeRoy, or with Knoop? Could Albert’s writing talent have manifested in some way that didn’t involve inventing a new identity? Did JT belong to Albert, or to Knoop, or to both? Was the entire thing about money and self-aggrandizement; or was it something deeper, harder?

It’s especially compelling to take in the contemporary relevance of the story: JT LeRoy, as both a figure and a phenomenon, looks very different to a 2019 audience than it did to one in 2006. The general public is much more aware of nonbinary identities, for example, and Knoop’s LeRoy drag takes on an element of gender exploration, while suspicions about Knoop-as-LeRoy seem like policing gender rather than fraud. LeRoy’s camera-shyness and reticence with audiences come off as not simply odd but aberrant for viewers in a time where a life lived without an audience might as well not exist. And Albert’s scheme, seen through a current political lens, has the feel of performance art intended to show something that’s not necessarily about her, but about ourselves: what we unquestioningly accept as truth, what we want from public figures.

Today, given social media’s long memory and the proliferation of journalism that addresses fraud in many forms, it’s unlikely that Albert could have pulled this off at all. Kelly knows it and the audience knows it—but the characters don’t, yet. As author Nancy Rommelmann wrote in 2008, “[Albert] became famous making sure people did not know who she was, but rather who they wanted her to be.” That’s also the story of celebrities: We see what we want to see in Angelina Jolie, in Anne Hathaway, in Donald Trump. People flocked to LeRoy because he was sensational in many dimensions: young, unfortunate, shocking, humble, talented, eccentric, indistinct. They felt sorry for his terrible past, and they made his present what they wanted it to be.

The LeRoy saga asks what it means when exploitative, soul-baring stories are more saleable when rooted in truth. JT LeRoy reframes this question through Knoop, whose truth the film tells. The control Albert exerted over LeRoy had limits she didn’t understand when she invented him, and centering JT LeRoy on Knoop demonstrates that tension neatly. Knoop has their own story to tell: not Albert’s, and not JT’s, but a thrilling mixture of all three identities. Their story stirs questions beyond the scope of one little indie film, and 2019 is better for it. 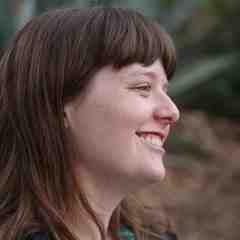 Katharine Coldiron's work has appeared in Ms., the Washington Post, NPR, the Rumpus, the Times Literary Supplement, BUST, VIDA, and many other places. Her novella, Ceremonials, is forthcoming from KERNPUNKT Press in early 2020. Find her at kcoldiron.com or on Twitter @ferrifrigida.