Value JudgmentsA Focus on “Good” Perpetrators is Bad for Victims 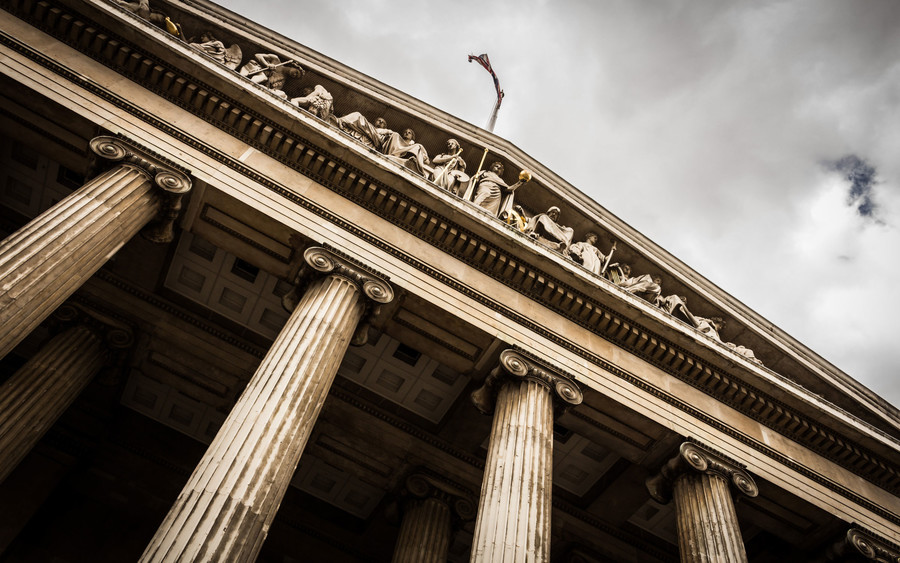 Last week, Judge James Troiano of the Superior Court of New Jersey received a reprimand from the Court of Appeals after he declined a prosecutor’s request to charge a 16-year as an adult for raping an incapacitated peer at a party. The details of the rape are, like those of any incident of sexual violence, harrowing. Court documents reveal that the accused (identified as G.M.C.) and the victim (also identified pseudonymously, as “Mary”) were both at party, where Mary was visibly intoxicated. After being manhandled by a group of young men at the party (which may or may not have included G.M.C., though court documents suggest he was in the room at the time) she was led to another room by G.M.C., who then filmed himself raping her. According to court documents, he then forwarded footage displaying “her bare torso and head hanging down,” to a number of friends, along with a text that read “[w]hen your first time having sex was rape.”

The day after the rape, Mary tried to piece together the events of the night, telling her mother that she didn’t know why her clothing was torn or how the bruises on her body got there. When she learned that the video had been circulated among her peers, she initially tried to quell the situation, contacting G.M.C. and asking if they could just put it behind them. But because G.M.C. not only denied recording the encounter but continued to spread the video footage, Mary and her mother involved the authorities.

New Jersey law allows juveniles 15 years of age and older to be tried as adults in a number of circumstances, including aggravated sexual assault; the court can consider factors such as including the juvenile’s degree of culpability, their maturity, and their criminal sophistication when making the decision. The prosecutor handling the case argued that there was sufficient probable cause to charge G.M.C. with “aggravated sexual assault, as well as invasion of privacy, and endangering the welfare of a child,” and argued that the teen’s “sophisticated and predatory” actions warranted “the elevation of this case via involuntary waiver to the adult criminal court.”

It’s critical to pause here and talk for a moment about the broader implications of charging juveniles as adults. A number of states allow juveniles to be tried as adults for reasons including their age, or the severity of an offense, or simply at the discretion of prosecutors. Advocates for criminal-justice reform regularly discourage this practice because it fuels the already-bloated U.S. prison-industrial complex—and because its consequences fall hardest on people of color in the criminal-justice system.

In 2018,  when advocates pushed for the recall of Judge Aaron Persky, who famously issued a mere six-month sentence to Stanford student Brock Turner (“A prison sentence would have a severe impact on him”), some survivors’ rights and criminal-justice reform advocates cautioned that penalizing leniency in any instance might disincentivize judges to use it elsewhere—which, again, would most adversely affect people of color. Advocates for Persky’s recall, however, argued that the Turner case presented a perfect opportunity to show that leniency towards white, privileged defendants would not be tolerated, and they eventually triumphed: Persky was recalled later that year.

A quick read-through of the court documents in this case makes clear that prosecutors needed only to make a sufficient showing that it met the standard required by law to try G.M.C. as an adult. But rather than addressing those criteria in his decision to rule against the prosecution’s petition, Troiano used the same playbook employed by Persky—and by countless other judges previously—to assert that the assailant’s very future was at stake. Trying G.M.C. as an adult, Troiano said, would have a “devastating” effect on the young man; he also argued that what G.M.C. did was not a “traditional case of rape,” which by his understanding requires two or more males cornering a person in an “abandoned house, shed or shack,” and beating them or holding them at gunpoint.

The 69-year-old Troiano also felt it pertinent that G.M.C. “comes from a good family who put him into an excellent school where he was doing extremely well…He is clearly a candidate for not just college but probably for a good college. His scores for college entry were very high.” Weighing the need for and effects of more judicial leniency requires nuance, and so does the way rape is discussed in the courts. According to RAINN, for every 230 rapes that are reported to law enforcement, only 46 lead to arrest, and only 4.6 of those rapists will see prison time. And while laws enabling prosecutors to try juveniles as adults are far from the answer, that’s not really what’s at issue in this case, or in that of a second New Jersey family-court judge addressed by the state’s Court of Appeals.

Judge Marcia Silva declined, in a 2017 case, to try a 16-year-old charged with raping a 12-year-old as an adult, because, in her estimation, the victim didn’t suffer “serious harm” and that the actions teen who attacked her were not “heinous” since his victim—who, again, was 12 years old—“only lost her virginity and bled.” In a recent Slate essay titled “Why Society Goes Easy on Rapists,” Lili Loofbourow unpacks the singular nature of rape as it exists in our court system, writing,

“You stumble across a case where a man in Anchorage, Alaska, spent no time behind bars for strangling to unconsciousness a woman he masturbated on,” she says. “Then you read about the Texas doctor who went free after assaulting a patient while she was sedated… Then you read about the high- school girl who reported her rape immediately, to no avail—police never even spoke to the alleged attackers.

Loofbourow makes clear that acknowledging the ways rape and sexual assault are routinely downplayed in the courts isn’t about asking for more and harsher punishments for the accused; it’s about the hesitation to admit that rape is an actual crime, rather than a “mistake” or a “bad decision.” The same system that habitually overcrowds U.S. prisons with marginalized people—Loofbourow’s piece mentions a homeless man who was sentenced to three to six years for attempting to buy food and toothpaste with counterfeit money—is also one where rapists, especially if they are, like G.M.C., young white men from “good families”—often see few repercussions for one of the most heinous crimes a person can commit.

Acknowledging the ways rape and sexual assault are routinely downplayed in the courts isn’t about asking for more and harsher punishments for the accused; it’s about the hesitation to admit that rape is an actual crime, rather than a “mistake” or a “bad decision.”

Cases like the latest out of New Jersey confirm that this is a problem far more insidious than one or two bad judges; these are systemic injustices rooted in values ingrained in our legal structures, our schools, and our society. That Troiano and Silva were slapped by New Jersey’s appellate court for protecting accused rapists is a clear reminder that, Perksy’s recall aside, bad judges are still very much on their bullshit and societal attitudes and beliefs about rape are deeply ingrained. We are a country that elected a president who has been credibly accused of sexually assaulting more than 16 women; we are a society that still wonders if “she”—any she, whether she’s a teen or even a toddler—was asking for it; that does not say rape is bad but instead asks, “Was it bad enough to count as rape at all?”

And for those of us who followed the Brock Turner case, or the case of prep-school student Owen Labrie, or the confirmation of Brett Kavanaugh, or the longstanding case against Jeffrey Epstein, there’s déjà vu in all of it. The belief that the wealth, race, class, and perceived potential of an accused rapist—or, in G.M.C.’s case, one who literally names his own crime as rape—is of more value than justice for his victim has long permeated the legal system. And changing that requires more than isolated bursts of outrage directed at the most high-profile cases.

We need to prioritize the voices of survivors and survivors’ advocates, and yes, we need to demand more from our judges; and admonish those who fail to bring rapists to justice. We need a reckoning not only in our courtrooms, but in our law schools, where privilege is capital; in our police departments, where survivors are treated like suspects and rape kits sit untested; in our schools, which fail to offer comprehensive sexual education that includes understanding consent; and in our homes. Survivors deserve a world where they are not only believed but where their trauma is met with empathy, justice, and understanding commensurate with their pain—not a court system that disbelieves and downplays their pain in the name of protecting the privilege of their rapists.

Read this Next: Broken Systems 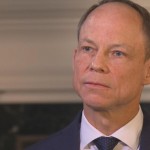 by Caroline Reilly
Judge Persky is just one example of a larger broken system.