Broken SystemsBrock Turner And The Campaign to Recall Judge Persky 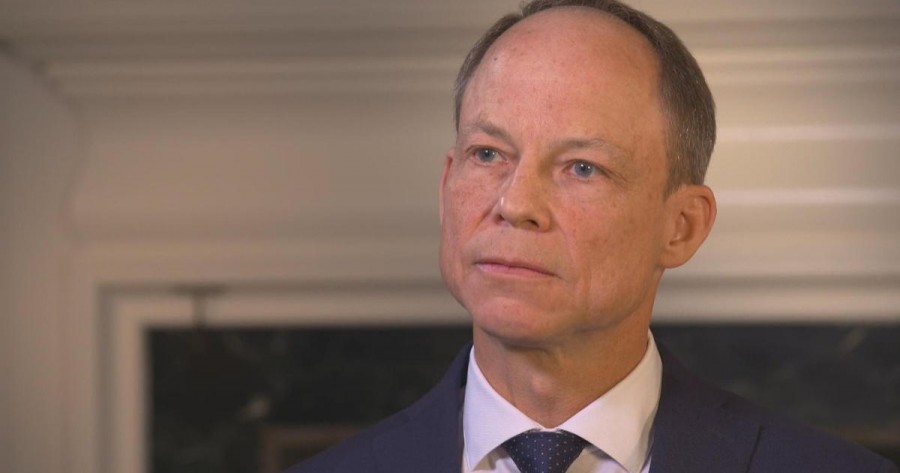 We’ve all heard the reasons that rape is such a hard crime to prosecute: because it can come down to “he said, she said”; because the definition of consent is “too murky”; because DNA and physical evidence are hard to come by; because there are generally no eyewitnesses; and because survivors don’t report. We’re told that it’s because of these things—and not because of, say, systemic misogyny and widespread acceptance of sexual violence as a means of power—that rapists so rarely see justice.

So it stands to reason that the 2016 case against Brock Turner—the rapist who you might know from other publications as an “All-American swimmer” from Stanford University—should have been a prosecutorial dream. There were eyewitnesses; two graduate students saw Turner forcibly raping an unconscious woman, “Emily Doe,” and chased him off. There was DNA evidence present. There was a survivor who spoke movingly about what Turner did to her in a statement that offered raw, breathtaking insight into the experience of a sexual-assault survivor. Doing what no sexual-violence survivor should have to do, Doe implored the court and the public to feel her pain and appreciate her humanity.

The brutality of Turner’s crime seemed impossible to diminish, and news coverage was seemingly wall-to-wall as the trial unfolded. Still, the power of his privilege was on full view as news outlets struggled to shake his gilded veneer—referring to him as the “Stanford swimmer” even after he was convicted. And so, when Turner received a puny six-month sentence for his heinous crime, it was a stunning, if not unexpected, reminder of the way our criminal-justice system regularly puts the well-being of privileged men above justice for sexual-assault survivors

In the wake of Turner’s sentencing, there were pushes to change the system that allowed for it to be so short—including implementing mandatory minimums for convicted rapists—that were met with mixed responses from sexual-violence advocates. But because California law allows for voters to remove elected officials from office through a recall vote before their term is up, a committee of attorneys and advocates began a campaign to recall Judge Aaron Persky, who oversaw Turner’s case. The recall comes to a vote June 5th, but survivors’ advocates are split on its efficacy and its benefits.

“The recall of Judge Persky is sending a message that voters care about sexual and domestic violence, and will hold elected officials accountable for failing to treat these offenses with the seriousness they deserve,” says Michele Dauber, a professor at Stanford Law who is the campaign chair for Recall Judge Aaron Persky.

To illustrate just how laughably light Turner’s sentence is, Dauber explains that Turner was convicted of two counts of sexual penetration with a foreign object of an unconscious and intoxicated person, as well as one count of assault with intention to commit rape, and was found guilty by a jury. This, she notes, is in and of itself rare; cases where the evidence is this overwhelming often result in a plea deal. Turner’s crimes carried a maximum 14-year sentence and a minimum of two years. The prosecution requested six years, considering the victim’s unconsciousness and Turner’s lack of remorse in court as aggravating factors. For this reason, she believes Persky abused his judicial discretion in sentencing Turner to just six months.

Kamilah Willingham, a feminist writer, advocate, and sexual assault-survivor agrees. “Judge Persky’s treatment of Brock Turner exhibited a bias in favor of privileged defendants and a refusal to take sexual and gender-based violence seriously,” says Willingham, who supports the recall. She adds that Persky “is elected and he is accountable [to] the people he serves; it’s important to make a statement that this kind of failure is unacceptable, and the recall law exists to enable voters to make that statement in a very effective way.”

Willingham points to Persky’s long record of mishandling similar cases (which is outlined on the recall campaign’s website) as evidence that his indifference to sexual violence is not an isolated incident. According to the Recall website, in 2015, Persky sentenced a man on child pornography charges to just four days in jail. That same year, his ruling allowed a college football player who had beaten and choked his girlfriend to leave the state and continue playing football, saying that he did not want him to lose this “once-in-a-lifetime opportunity.”

By contrast, Persky oversaw the plea deal for a low-income Latino defendant charged with a crime similar to Turner’s. He sentenced the man to three years in prison.

The details of Turner’s case are harrowing. Emily Doe recounted the evening in her victim impact statement, saying, “I made silly faces, let my guard down, and drank liquor too fast not factoring in that my tolerance had significantly lowered since college… The next thing I remember I was in a gurney in a hallway.” She described being told by a deputy that she had been assaulted and processing that news while undergoing invasive tests and examinations to document her injuries and any other signs of assault. Once she was allowed to shower, she recalls,

“I stood there examining my body beneath the stream of water and decided, I don’t want my body anymore. I was terrified of it, I didn’t know what had been in it, if it had been contaminated, who had touched it. I wanted to take off my body like a jacket and leave it at the hospital with everything else.”

Doe also spoke at length about the humiliating process of trial—enduring questions about her personal life, and having to relive the night over and over. Her statement is a stark illustration of an all-too common reality for survivors—being subjected to a system that blames them and humiliates them, and then bends over backwards to excuse or minimize the behavior of privileged violent men.

Judge Persky is just one example of a larger broken system—one that calls for solutions that consider the nuances of criminal-justice reform and the dire need to better prioritize justice for survivors.

Colby Bruno, a staff attorney with the Victim Rights Law Center)—the first nonprofit law center in the country dedicated solely to the needs of sexual-assault survivors (where I have accepted a summer internship)—says that, unfortunately, Persky is far from unique in his practices.

“On the one hand, this was a remarkably light sentence for an obvious crime, and if you look at that in a vacuum, I would say a recall is in order. But sadly,” she says, “this judge did nothing different than other judges.” Bruno says she has seen judges tell survivors that they weren’t credible because they cried, or that their rape didn’t happen because they didn’t report it. And too often, she adds, the sentencing reveals a concern for the rapist’s future, rather than the survivor’s. She suggests that one interim solution to the larger systemic problem could be setting up courts specifically designated to handle rape cases. “That way, everyone on a jury is educated, everyone presiding over these cases is educated, and everyone prosecuting these cases is educated.”

Bruno isn’t sure that a recall is the best solution, since Persky is just one piece of evidence of how pervasive rape culture is. “For me, the change has to happen on a larger scale. He deserves to be recalled, but I would rather see him lead the charge to get educated and to educate other judges.”

Then there are those who say the recall, like mandatory minimums, would do more harm than good; that it could end up most adversely affecting people of color or function as a deterrent to judicial norms. (Dauber points out that neither she nor the recall campaign endorsed the mandatory-minimum law that was enacted in California following the Turner case.) Persky himself has spoken publicly about the recall saying, “a caricature of me has been allowed to flourish,” warning the recall would have a cooling effect on rulings that were perceived to be controversial. 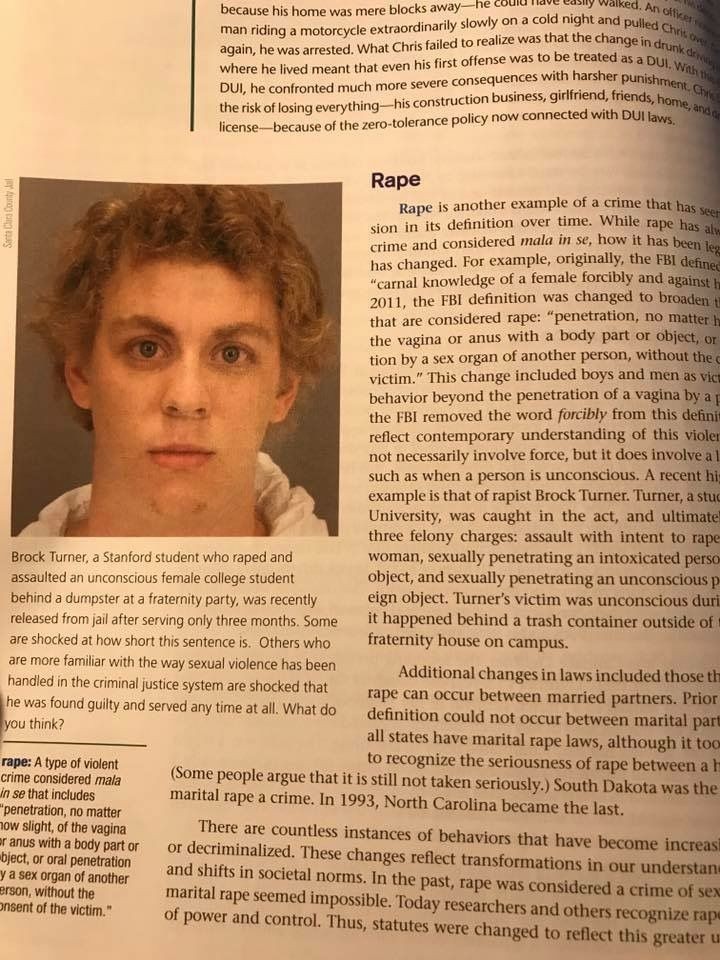 Erwin Chemerinsky, a constitutional law scholar and Dean of Berkeley Law, wrote in an op-ed that the response to Turner’s sentence should not be to recall the judge, but to appeal the decision because judges should be able to decide cases free from the fear that they would be subject to a recall over a ruling that is poorly received. Chemerinsky called Turner’s sentence“grossly inadequate” but believes that “a judge should be subjected to recall only for illegal or unethical conduct.”

Sejal Singh, a sexual-assault survivor and a federal organizer for Know Your IX, says Persky’s decision made her furious: “It symbolized every single person who minimized sexual violence, and every single person who told me that men’s careers and futures are more important than those of the women they harm.” But she too opposes the recall because she fears the consequences of it will fall not on people like Turner, but instead on marginal people of color. Singh points out that Latinx and African American people make up a whopping 70 percent of California’s prison population, and that Turner’s case stands as an example of how mercy in the criminal justice system is already a reality reserved for privileged white men.

She also notes that “the closer judges get to a re-election campaign, the more likely they are to impose harsher, longer sentences—including the death penalty.” These views are not hers alone, Singh notes, and are more widely held among progressives than one might assume: One-third of Stanford Law School’s graduating class, many of whom are involved in a project to represent individuals tried under California’s punitive three-strikes law, signed a letter that opposes the recall. (“Judicial independence is a cornerstone of due process, and an essential prerequisite for a fair criminal- justice system.”) The letter makes it clear that its authors believe Turner’s case called for stiffer sentencing, but also worry about the impact a recall would have on leniency.

Willingham argues that this does not have to be a “zero-sum game” and emphasizes that recall is designed specifically to address privileged white defendants like Turner. “Our system and judges like Persky have too often endorsed the idea that certain ‘types’ of people deserve to be in prison more than others, and those people are more often than not, Black, Brown, and poor.”

Persky is just one example of a larger broken system—one that calls for solutions that consider the nuances of criminal-justice reform and the dire need to better prioritize justice for survivors. Whatever the outcome of the recall, it’s clear is that advocates are ready to tackle these larger issues, no matter where they stand on the recall itself. Brock Turner’s is one of the most high-profile rape case in recent history (just ask the law students who now see his face next to the definition of “rape” in their textbooks) and Persky’s exceptionally light ruling shocked the conscience of the nation. And while it was surely a catalyst for action, it’s hard to say when and if we will see real change.

Put on a Zoot Suit

As Activists, We Build the World We Want—Which Is Still Very Far Off 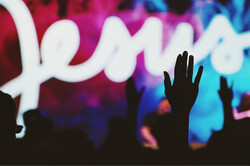