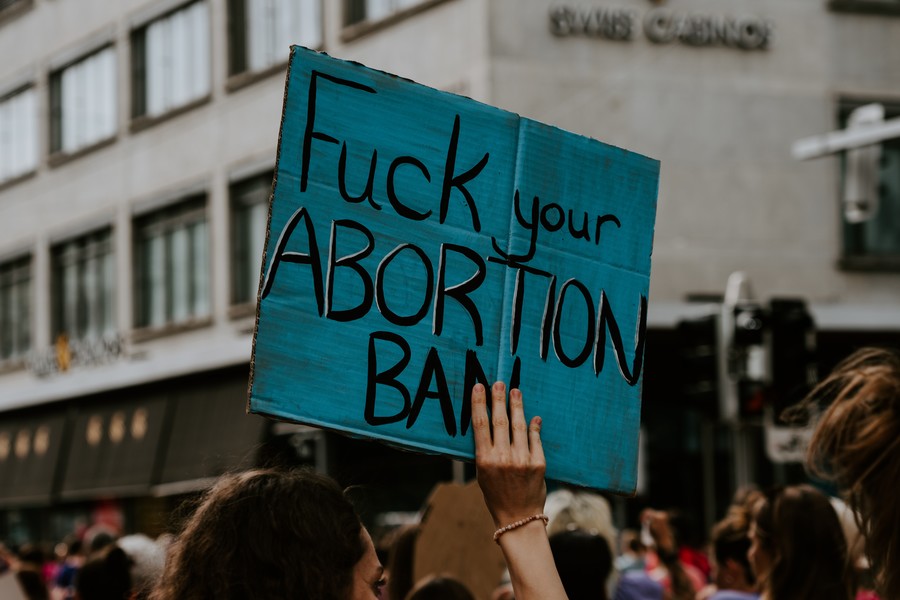 In the early 2010s, native Louisianan Linda Kay was scrolling through Facebook when she noticed a post about anti-choice protesters and harassment. The hostility they expressed took the 70-year-old’s breath away: Kay had an abortion before the Supreme Court decided on Roe v. Wade in 1973, so she has a deeply personal understanding of abortion rights and what is at stake when access to abortion is restricted. Horrified, Kay showed the article to her husband, and said, “They’re trying to end Roe v. Wade!”

At the time, ending Roe v. Wade seemed like an absurd—almost unthinkable—sentiment. The United States had both a Democratic president and a Senate controlled by Democrats, creating a seemingly unstoppable buffer against anti-abortion legislation. While some states, such as Nebraska, flirted with restrictive legislation, no state gutted access in the way later legislation has attempted to. But we’re closer than ever to Kay’s fear becoming reality: Today, the Supreme Court is hearing oral arguments in June Medical Services v. Gee, the first test for abortion rights since Brett Kavanaugh’s 2018 SCOTUS confirmation. The case itself rests on a 2014 Louisiana state law mandating that abortion providers have admitting privileges at a local hospital. While the law may sound benign, it’s one of the many largely unnecessary measures written expressly to make it difficult for abortion clinics to remain open. They’re a “trap,” meant to close clinics under the guise  of “protecting” patients.

According to a recent report from Abortion Care Network, a third of all independent abortion clinics have closed since 2010. Six states now have only a single clinic to service the entire state—including Mississippi, a state that borders Louisiana. The crisis for abortion access isn’t coming in the distant future—it’s here, and abortion funders, clinic staff, and clinic escorts are already finding creative solutions to accommodate this new normal. A ruling against June Medical Services, the corporate name of Hope Clinic in Louisiana, would reduce the number of Louisiana clinics to one, and would further disadvantage the entire Southeast, a region that has been struggling to keep abortion access alive for the past decade.

But grassroots activists in the Southeast aren’t waiting for the Supreme Court’s decision before action; they’ve been preparing for it for years. “In thinking about how we’re planning as an organization [for] whatever is decided in this case, at the end of the day, we’re already living in that abortion-scarce environment,” says Steffani Bangel, executive director of the New Orleans Abortion Fund (NOAF). “Having three clinics in the state to serve [between] 8,000 [and] 10,000 folks who seek abortion every year is not enough. There are [one] million people in Louisiana of reproductive age who might need an abortion right now. And to imagine only three clinics providing that care? It’s already insufficient.”

After being horrified by that Facebook post a decade ago, Linda Kay also sprang into action: She has been a clinic escort at the Women’s Health Care Center in New Orleans for nearly six years. She’s watched as other neighboring clinics have been forced to close, inundating her clinic with more and more protesters. Now, with June Medical Services v. Gee, her clinic is also in danger. Though Kay expressed fear and dismay over the possibility of its closure, she’s determined to continue supporting abortion access, regardless of the case’s outcome. “If the New Orleans clinic closes, there’s no other clinic close [to] here that I can go on a regular basis to escort,” she says. “I’m lucky enough [to] have free time to help with driving people places, maybe taking them up to Jackson, [Mississippi]––that’s only three hours from here.”

That kind of practical support will become even more essential if the TRAP law is allowed to go into effect. In fact, it’s already happening across the region. Jackson Women’s Health, lovingly called “The Pink House” by supporters because of its bright-pink exterior, is the last abortion clinic in Mississippi—and it, too, is  under siege by anti-abortion protesters. If the Supreme Court upholds the TRAP law, Jackson Women’s Health will be the closest option for abortion for many people in Louisiana, though it could also be in jeopardy of closing.

Just because abortion isn’t legal in the state that you live does not mean that the decision you have made for your body…that is not over.

As it stands now, many pregnant people in Mississippi already have to leave the state to receive care. The Mississippi Reproductive Freedom Fund helps provide financial and logistical support to Mississippians who, for whatever reason, are unable to access an abortion in the state. The MRFF’s cofounder and executive director, Laurie Bertram Roberts, has even driven patients to neighboring states herself, determined to make access possible in a region that’s making it increasingly difficult.

“Folks across the Southeast…are already having to travel outside of their home state to receive care,” says Quita Tinsley, codirector of ARC Southeast, a nonprofit that provides financial and logistical support for people seeking abortion care across six states in the region. “A third of our callers have to travel outside of their home state for care.” It’s true in Louisiana, as well. “We have a lot of callers who end up accessing their care in Texas, Alabama, Georgia, [and] Florida, says NOAF’s Bangel. “Not necessarily states you would think of as paragons of reproductive freedom, but places that our callers need to go, and we’re going to continue to do that.” If the Supreme Court rules against June Medical Services, “we’ll have to help people go further distances. We’ll have to help more people get out of Louisiana.”

The fear and anxiety around a negative ruling in June Medical Services v. Gee is very real, and if it does come to bear, a lot of people––particularly low-income people and people of color––will struggle and suffer. But along the way, there will be committed grassroots activists trying to mitigate the struggle and suffering as much as possible. I heard sadness and anger from many I spoke to about the state of abortion rights and the case currently before the  Supreme Court. But not once did I hear anything resembling futility or defeat. When I asked Bangel of NOAF if she would continue doing this work in the face of a Supreme Court defeat, she defiantly answered, “Hell yeah! At the end of the day, the New Orleans Abortion Fund is about helping people access the healthcare they choose. And that choice and the need for access to abortion services is not going to change, regardless of what the Supreme Court decides.”

“Just because abortion isn’t legal in the state that you live does not mean that the decision you have made for your body…that is not over,” Tinsley of ARC Southeast tells Bitch. “For me, with this case and with doing abortion acess work and fighting for reproductive justice, I know that I’m continuing the tradition of the freedom fighting that my ancestors [did] before me. And no matter what happens around laws, I’m committed to fighting for my people and making sure my folks have what they need to live and thrive.”