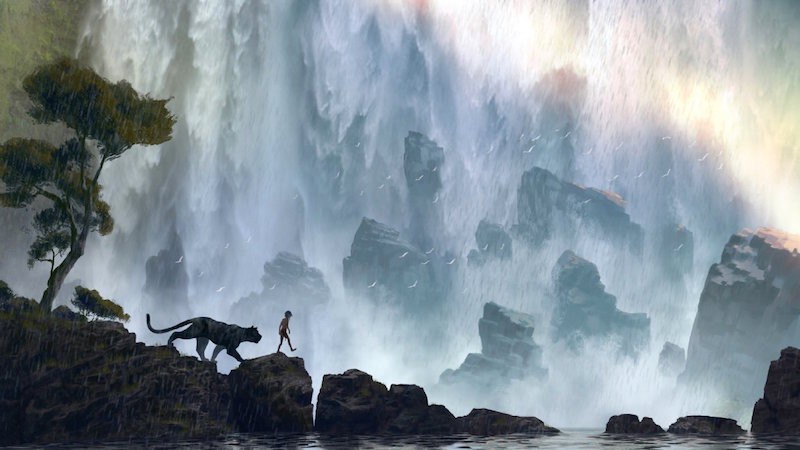 Most of us know the story of The Jungle Book. Regardless of which iteration of the story you read or watch, the gist is always the same: Mowgli, a feral child raised by animals in an Indian jungle, is forced to reckon with his unique identity. Along the way, he confronts a variety of hostile wildlife and humans and figures out where he belongs. As the newest film version of The Jungle Book is currently number one in the American box office, grossing $60 million over the weekend, it’s important to examine how the racial politics of the story have changed with each version of the tale.

The original version of this story appears in Rudyard Kipling’s The Jungle Book (1894), a collection of fables set in the author’s birthplace of India that features Mowgli in eight of them. These stories are also collected separately in All the Mowgli Stories (1895). In those, the feral child is cast out from the jungle by the animals that raised him. His demonstrations of power and mastery over fire intimidate them. (­“[He] thrust his dead branch into the fire … and whirled it above his head among the cowering wolves.”) After using fire to frighten off Shere Khan, the villainous tiger, Mowgli goes to live in the human village. Though he is adopted by a couple, his talents and mastery over wild animals inspire jealousy and fear in the community at large. In time, he finds himself driven out again. Finding no true home in either locale, the boy grows into a tortured young adult. 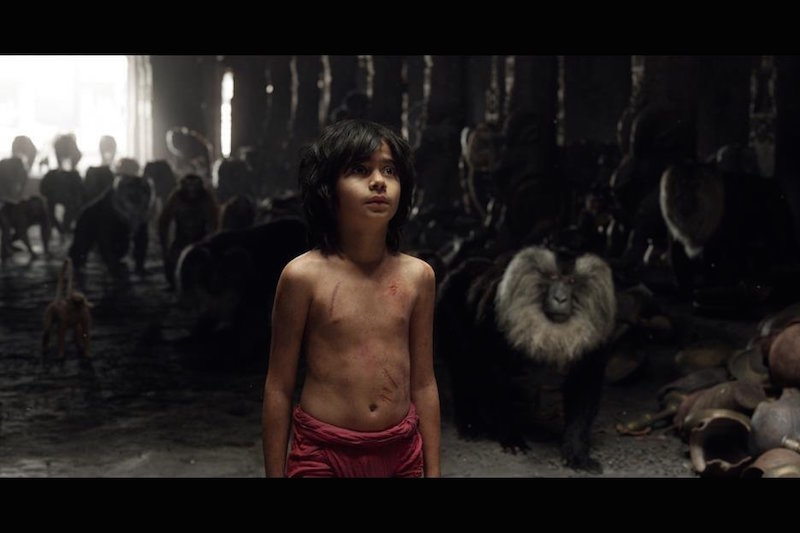 The boy’s story is a romanticized picture of Kipling’s transnational Anglo-Indian context: that sense that having a foot in both worlds meant having a home in neither. Like many of the children born to English parents in India, Kipling was sent off to England at a young age in order to become socialized into the paradigms of the ruling class. In 1989 book Kipling’s Indian Fiction, critic Mark Paffard puts this experience bluntly: “The net result of Mowgli’s astonishing strength and beauty is that he has no natural home or community. The sahib in India suffers the loneliness of a god among mere mortals.” Or in other words, the Anglo-Indian may love the country of his birth, but his clear racial superiority keeps him distant from the general populace.

As scholar and writer Walidah Imarisha cogently pointed out in an interview with Bitch Media last summer, the animated Jungle Book released in 1967 used Kipling’s setting to make a statement about social upheaval.

“We have the women’s rights movement, women liberation movement, we have the beginnings of gay liberation movements, we obviously have third world, Black, Latino, Asian, Indigenous liberation movements happening here and globally, and that The Jungle Book is actually a complete repudiation of all of that. And if you go through, what comes out so clearly when you watch The Jungle Book is … everyone has their place in a hierarchy, and it is once you step out of that place that everything falls apart… Society can’t function unless everyone is in their proper place.”

Set against a climate of widespread social activism centered around ending imperialism, patriarchy, and white supremacy, The Jungle Book seems to be a reactionary work dressed up in vaudevillian whimsy. Do we even need to go over that Dixieland orangutan? Let’s not.

Interestingly, the 1994 live-action Disney film version of the story, Rudyard Kipling’s The Jungle Book, seems to have tried for a more blatantly anti-Kipling ideology by casting the white Englishman Cary Elwes as the poncy main antagonist. The full racial politics of that version, featuring Jason Scott Lee as a grown and sexy Mowgli, will remain unknown to me because it was too unwatchable for me to finish. 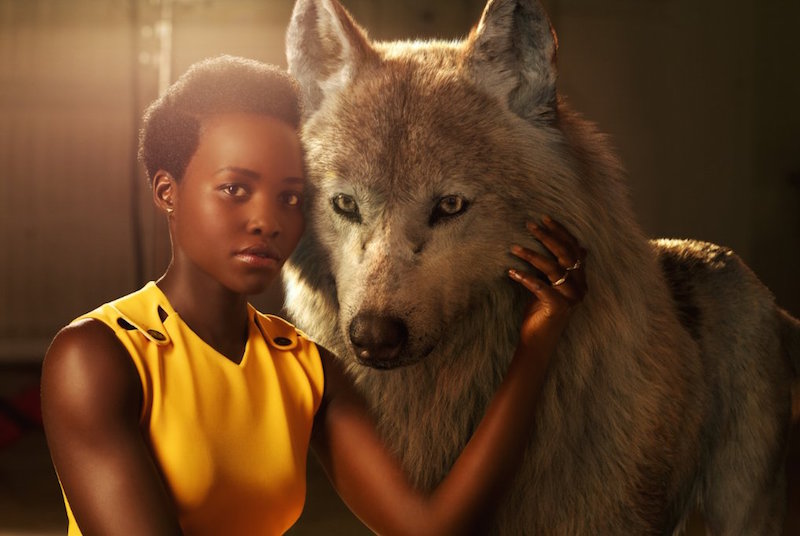 It’s not too farfetched to say that the 2010s present a similar political climate for the new Jungle Book film. The newest version of story includes a star-studded cast: Bill Murray voices the role of Baloo, Idris Elba is Shere Khan, Lupita Nyong’o plays the wolf Raksha, and Scarlett Johannson slithers into the screen as the snake Kaa. Instead of ending with Mowgli’s repatriation into human society, this version of events keeps him in the jungle. He still sticks out, he’s not a wolf, but his difference inspires him to create simple machines to adapt to life among the animals. The film sidesteps Kipling’s original tale of transnational angst in favor of a more multiculturalist “our differences make us stronger” bent.

Read This Next: The Racial Politics of Disney Animals

Read This Next: My Emcee Battle Against Disney Princesses

In this classical journey towards selfhood, Mowgli tries to fit in with all sorts of crowds: with strict wolves, a hungry python, a parasitic sloth bear. All the while, he’s being pursued by Shere Khan, a snarling ball of rage that exists to remind everyone of Mowgli’s difference and potential for jungle-destroying barbarity. To the tiger, the boy is a ticking time bomb who will grow into a man that wields fire, all at once embodying the Promethean fire of Enlightenment and the Biblical fruit of knowledge. Mowgli’s task in this telling of his coming-of-age is to sort through all of those projections of his self in order to figure out where he belongs.

Here, Mowgli’s humanity manifests as an affinity towards invention. It’s painted as soft power; a harmonious power that improves the lives of his comrades. Symbolically, it also doesn’t hurt that his creations come from nature: reinforced vines, palm frond armor, stone blades. His use of fire, of aggressive force, escalates the situation and hurts the community, despite the major tactical advantage it grants him. He chooses of his own volition to abandon fire as a weapon in favor of more defense-oriented tactics, of using the jungle. Whereas in the 1967 movie and original stories Mowgli ties a torch to Shere Khan’s tail, here he tricks the tiger into plummeting into a sea of fire, putting to literal death the idea that his differences are inherently evil and self-serving.

Unlike the boy in the books, the Mowgli of 2016 has no problem deciding where he and his talents belong: Both exist to serve the community that brought him up. No longer the “god among mere mortals,” Kipling’s once-tormented character now finds satisfaction in reciting the Law of the Jungle along with everyone else.

Read This Next: The Racial Politics of Disney Animals

Read This Next: My Emcee Battle Against Disney Princesses