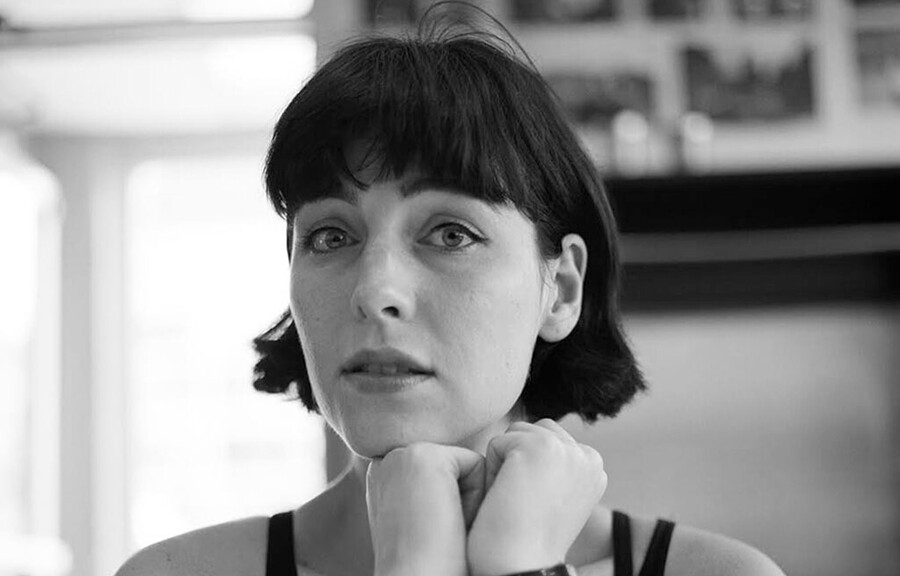 At just under 150 pages, Justine, the debut novel of author and illustrator Forsyth Harmon, is an unfiltered snapshot: We enter Long Island during the summer of 1999 and meet Ali, a teenage girl who lives with her grandmother (and a clingy cat). She applies to a job at Stop & Shop to make some money, yes, but also to be closer to Justine—another teenage girl who Ali feels exists on some other, better planet. “It was like the whole supermarket went silent when she smiled: there was a pause in the fitful beeps of scanned barcodes; the tinny music faded away,” Harmon writes. “Her smile lit me up and exposed me all at once. Justine was the light shining on me and the dark shadow it cast, and I wanted to stand there forever in the relief of that contrast.”

It’s telling that the first image we see is of a girl’s long torso—the book is full of illustrations—because Justine is as much about bodies as it is unrealized queerness. Ali doesn’t just have a crush on Justine; she’s obsessed with her and her body. Their friendship is explosive: Justine teaches Ali violent ways to lose weight, and she introduces Ali to crude teenage boys and the too-often trodden world of obsessing over fashion magazines and their cover models. Ali is in love with Justine, even if she doesn’t quite have the language to explain her feelings. Harmon isn’t just complicating the teen-girl narrative or offering a retelling of the stories we’ve already heard about teen girls and queerness or teen girls and eating disorders. Instead, through its illustrations, language, and risky obsession with bodies, weight, and food, Justine takes us back to a time when books like this one weren’t trying to teach its readers a lesson about right and wrong.

Ali and Justine aren’t growing up in a time of feminist magazines and body-positive cover shoots, and they certainly don’t have an abundance of resources for dealing with issues like burgeoning queerness or post-pubescent weight gain. Justine may weigh very little, but it’s emotionally heavy. It’s a glimpse at the world through Ali’s eyes, as she does dangerous things and has dangerous thoughts. It’s not a book with a happy ending, and I would be remiss if I didn’t note that it’s absolutely loaded to the brim with self-harm and disordered eating triggers. Bitch talked to Harmon about repressed queer desire, the work she’s excited to read, and what comes with writing a book that sometimes hurts.

You both wrote and illustrated Justine. How did you approach illustrating the book?

I began with the illustrations. The story was inside me from the beginning, but I was able to pull up images more easily—renderings of the places and the things that felt integral to the narrator’s world. It was almost like a visual first draft, a mood board. I did those initial illustrations in full color watercolor, and they somehow greased the wheels; from there, I wrote the narrative. It was after multiple rewrites that I saw I was landing on a sort of minimal, economical prose. [When I realized] minimalism was part of the project, I redrew all of those initial drawings.

I had gotten feedback that Ali is a bit uncommunicative and there wasn’t a ton of interiority in the novel, which some readers struggled with. And [in thinking about how images and text can help illuminate one another], I redrew those images and thought about how they might [provide insight into] Ali’s emotions and way of viewing the world. For instance, the images are black and white, which you could think of as being part of a black-and-white way of looking at life. They’re close range—she doesn’t have a ton of perspective. In those areas where I show a sequence of images, I was hoping [they would] start to emote for Ali. When she’s more interested, [for example], a butterfly opens its wings; when she’s having a confusing intimate experience with Ryan, tape unravels. When she’s unable to cry, a piece of looseleaf [is] crumpled. It was a back and forth with illustrations informing the writing and the writing informing the illustrations.

Justine is absolutely a book based in time and place—it’s the summer of 1999 in Long Island. Why did you decide to place Ali and Justine in this time period and location?

The story is definitely [autofiction], and I placed it in 1999 on Long Island because I grew up there, and that was when I came of age. I was called to the project because I experienced things at that time in my life that I wasn’t able to process. I wanted to return to either do-over or process or claim, essentially.

Justine walks an interesting line as a queer book. We don’t outright read that Justine and Ali are in love, are dating, or are more than friends. Why did you choose to convey the queerness of their relationship through Ali’s obsession with Justine?

If we think back to 1999—15 years before gay marriage is legalized in the United States—and specifically about the conservative Long Island suburb that Ali and Justine grew up in, we’re looking at a place that, in this past election, went very Trump. So [there’s] this very conservative [geographical] context, and [in] popular culture we’ve got Beverly Hills 90210 setting up a heteronormative template. [Justine is] a story about repressed queer desire. We see Ali only really recognizing physical sensations of desire and not reflecting on them or acknowledging them.

[For Ali and Justine], the eating disorder is a [way to] bond. Obviously, adolescence is a time of change of the body, [and an introduction to] chemical makeup [and] the way one’s treated by the world. There’s a kind of violent energy that opens up to men and women alike, and a part of the eating disorder is an attempt to [arrest] that narrative and say, no, I’m not interested in making that transition. Then, at the same time, the desire for sex and food are inextricably linked. Ali is in this place where, through this addiction, she’s looking to shut down both the transition to an adult female body and also the desire for another female body.

How did you approach writing about details of disordered eating, like calories, without glorifying them?

Transparently, I also struggled with chronic eating disorders as a younger person. And, as with any addiction, I’m always in recovery. It never really goes away, even if its expression is managed. With this book, I was really looking to observe and record. I didn’t want to make a comment on the characters’ behavior as being either bad or good. I’m just doing my best to convey a lived experience in hopes [that] it would make others feel less lonely. That was my striving intention behind the way I approached it in the text and even [with the illustrations].

This is such a short, unflinching book. I read it one morning over coffee and felt consistently shocked by it. How did you know it was time to write this book, and how did you know when it was finished?

My answer comes in two parts. Some of it, to be honest, was my gut. I tend to have a sense of a general narrative architecture that I execute and follow. Of course, things change in the writing and it evolves. Yet I went through many drafts and still, the shape of the story is something that, for me, presents the same. There was this sense of, yes, this is what I came here to say.

The second answer is I’m working on a sequel (though it’s not quite finished). I’m looking at a trilogy. And the second and third books find Ali 10years later, in her mid to late 20s, [and then] 10 years after that. I look at the larger project as an opportunity for us to [explore] why our first foundational experiences [shape] the experiences that follow: How is it that trauma, specifically trauma that we don’t process, sets a pattern that we live out again and again? And further, if we can see and acknowledge our trauma, how can we actually change? The jury is out for me. I [recently] heard this [phrase]: safe, trace, and erase. We can see who we’ve been up to this point and trace it [back], investigate it—then there’s possible freedom from it. This larger project is about me trying that in my own life, as well as addressing it in Ali’s. 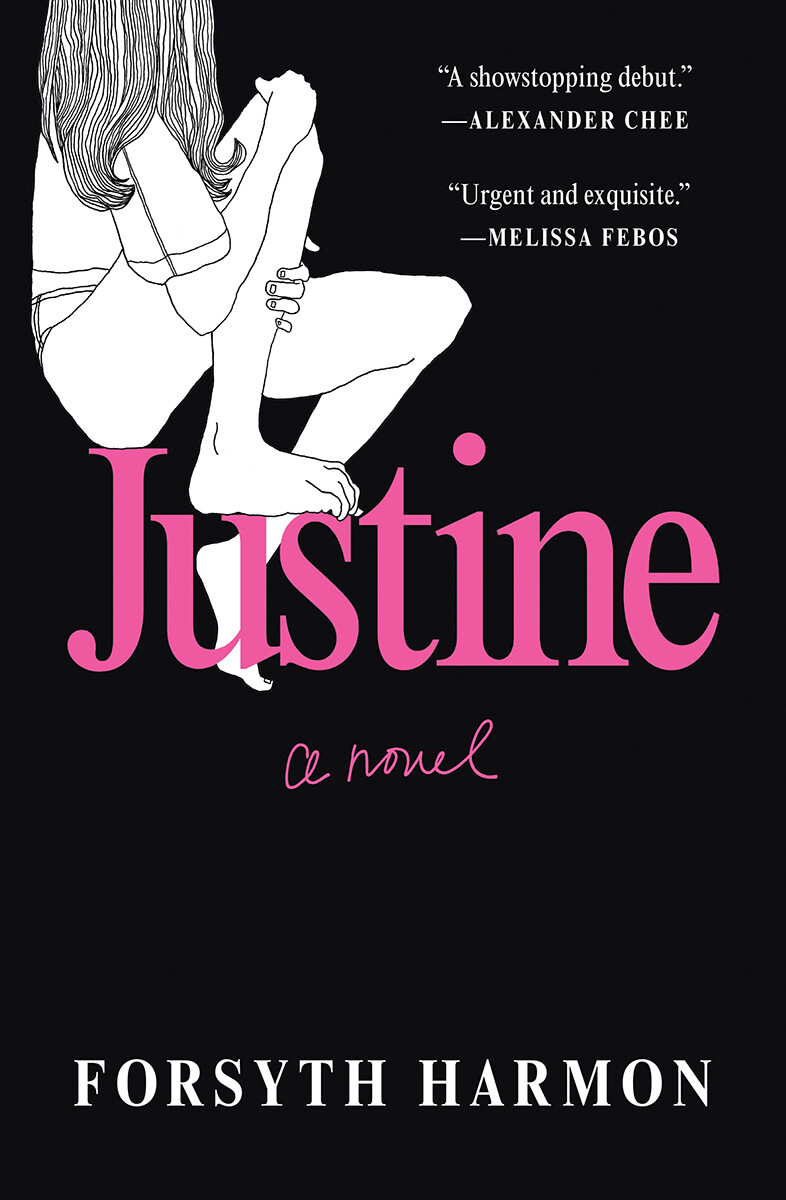 How do you approach projects where you’re the illustrator but not the writer?

I worked with Catherine Lacey on The Art of the Affair, which follows relationships between writers, artists, and musicians in the 20th century. And it’s about [how] art and relationships aren’t particularly straightforward. However, drawing portraits was a relatively straightforward process. I had a list of 100-150 different luminaries of that time, and I executed it, learning a lot about each of them on the way. It was like a beautiful education, in fact.

My forthcoming project with Melissa Febos, her collection Girlhood, coming out on March 30, was also a different process. I started those drawings shortly after I finished the drawings for Justine, so visually they have a bit more in common. The drawings from Justine [are] also black and white, [but Girlhood’s illustrations were] heavily influenced by William Morris and the Arts and Craft Movement, queer zines, and Melissa’s tattoos. It was an interesting process in that I drew fronts of pieces for each essay in the book, a full-page picture image that preceded each essay, and the process was more like sifting for gold. I would read the essay and then think through what kind of imagery could embody that. Because constellations come up multiple times in the book, [I imagined] a kind of constellation to draw the intention across a space. That was a lot of fun. It’s a beautiful book; I really recommend it. [Girlhood] is interesting because it explores a lot of the material Justine does, but it couldn’t do it in a more different way [Laughs.] So that was a great experience, to be able to look at [these issues] from multiple points of view.

What books are you most excited about this year?

I would [especially] like to mention the works of some of my [book tour] conversation partners. Melissa Broder’s Milk Fed just came out and beautifully addresses the relationship between the desire for food and sex. I already mentioned Girlhood. Dantiel Moniz’s Milk Blood Heat [is a] short story collection that also just came out. [There’s] Kristen Radtke’s Seek You, which [is a collection of] graphic essays. I’m also really looking forward to the new Kazuo Ishiguro [novel]. He might be my favorite living author [because of] the way he addresses unreliable narrators who come out of denial. A Pale View of Hills (1990) has served as a model for me, so I’m really looking forward to Klara and the Sun.

Read this Next: “Honey Girl” Is about a Woman Coming Home to Herself 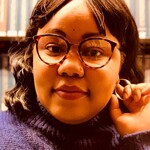 by Evette Dionne
“Honey Girl” is not a romance novel.