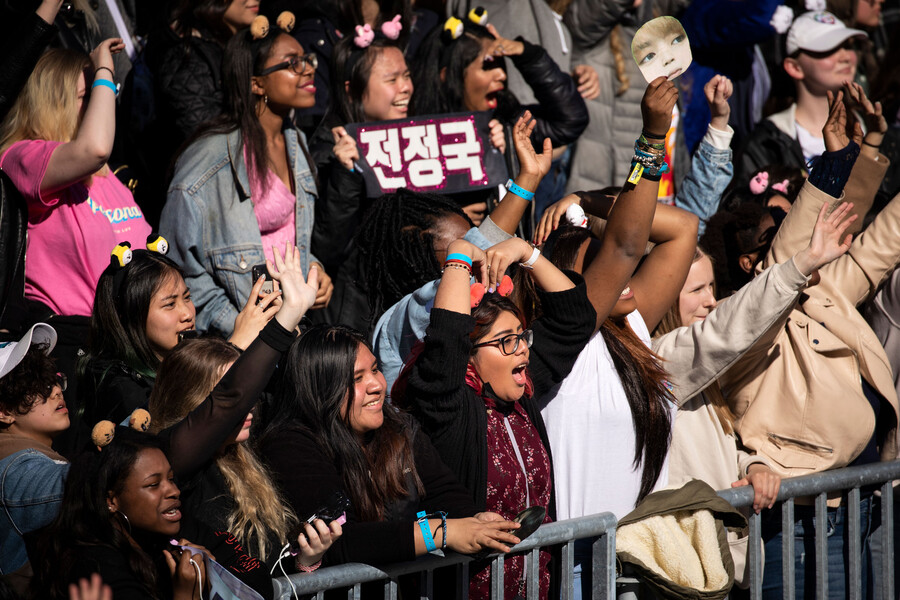 In the midst of a global pandemic, a revolution is happening in the streets and online. Following the May 25 murder of George Floyd—a 46-year-old Black man who died after a white police officer kneeled on his neck for more than eight minutes—people have been participating in a nationwide uprising, emailing their representatives, donating to organizations, and signing petitions to demand an end to police brutality, defund police departments, and tell the world that Black lives matter. Activists, in particular, have been getting creative in their approach to fighting police brutality and digital surveillance. On June 1, as demonstrations continued throughout the United States, the Dallas Police Department asked people to upload “video of illegal activity” from protests through the iWatch Dallas app, which encourages Dallas residents to submit photo and video tips about possible crimes.

The Dallas Police Department got more than it bargained for: K-pop fans flooded the app with fancams—videos of their favorite idols performing onstage—and pictures of artists like BTS, Monsta X, EXO and BLACKPINK. Their direct action shut down the iWatch Dallas app, though the Dallas PD said the app was temporarily down “due to technical difficulties.” (Their tweet about these technical difficulties also received hundreds of fancam replies.) After taking down the police app, K-pop fans used the same tactics to drown out the #WhiteLivesMatter hashtag on Twitter. Their stunt made headlines the world over, with media outlets ranging from CNN to BuzzFeed writing, almost surprisingly, about these K-pop vigilantes thwarting the police. These stories seemed to ask: Who knew K-pop stars were such rebels? Who knew they were so political? When did teenage girls become de facto leaders of the radical left?

Of course, anyone who’s paying attention to how K-pop stans use social media aren’t surprised that they’ve mobilized on behalf of a larger social movement. K-pop stans, many of whom are teenage girls or those in their early 20s, know how much power they wield on the internet. Dedicated K-pop stans from the BTS ARMY, the Monbebe, the BLINKs, and other factions organize digitally to ensure that their idols trend online and secure them streams on Spotify and YouTube. Though they’ve primarily used their power in pursuit of that goal, they enter larger movements with the numbers and organizational skills to have an immediate impact. “The rather strange habit of commenting fancams underneath tweets for attention, that the rest of Twitter sees as annoying, became a tool for good. We were able to engage in a little civil disobedience.” Katherine Perrotta, a 29-year-old teacher and K-pop stan, told Bitch. “While we spammed our videos, we’ve also been sharing petitions, circulating videos of police abusing peaceful protesters, and raising money for bail funds.”

These latest actions are a continuation of the fandom’s commitment to social change: In February 2020, BTS, one of the biggest boy bands in the world, appeared on The Late Late Show with James Corden. Fans were so pleased with the respectful way Corden interviewed the boys that they decided to donate en masse to Magic Breakfast, one of Corden’s favorite charities. In a matter of days, the ARMY raised more than $17,000, largely via small donations, and were able to provide breakfasts for at-need children in the United Kingdom. As Korea Herald reporter Hyunsu Yim noted on Twitter, BTS fan accounts raised awareness for road safety in Bangladesh following the 2018 deaths of two students who were struck by an unlicensed bus driver. And after BTS donated $1 million to various Black Lives Matter groups, their fans matched that donation in just one day, sending money to Black Lives Matter, the NAACP, and the American Civil Liberties Union.

K-pop stans’s clout is so strong, in fact, that actual governments are taking notice: A 2019 report from Chile’s Ministry of the Interior questioned if K-pop fans are behind the ongoing protests over wage and class disparity. The report accused stans of making comments toward the Chilean police that “mainly focus on questioning deaths during protests, frequently mentioning human rights violations and criticizing the silence of the media or blocking social networks.” While K-pop may have given these young people a group to mobilize with, the fandom didn’t make many of these stans political; they were already activists before they discovered K-pop. “Activism has always been a part of my life,” Perrotta said. “My activism journey started when I was 14-years-old and I became interested in the Free Tibet movement.”

Since then Perrotta has been attending demonstrations, organizing sit-ins and hunger strikes, and vocally supporting the Black Lives Matter movement and ongoing fight for LGBTQ rights. “I have adjusted my lesson plans to include teaching about racism and the history of police brutality.” Similarly, Curt, a 24-year-old K-pop fan who declined to use her last name, says that she’s always been political because she was born Black in the United States and moved to Korea as an adult. “I was as active as I could be in the #SayHerName movement [a movement geared toward spreading awareness around Black women victims of anti-Black violence and brutality] and have always fought for the rights of Black girls,” Curt said. Whether they’re learning activism, as 15-year-old Jae, who declined to use her last name, told Bitch (“I only ever started getting political when I decided to become more involved in the K-pop fandom and joined Twitter”), or leaning into their lifelong activist impulse, these different stan factions are using their collective power to raise money and awareness and tackle police violence head-on.

While the K-pop fandom has been praised for their recent actions, there’s been an underlying sense of surprise, primarily because teen girls comprise the majority of the K-pop fan base. Since K-pop exploded in the Western world, thanks to the success of BTS, who have earned four number one albums on the Billboard Hot 100 chart, much of the coverage of K-pop in the mainstream media focuses on its dark side—the grueling trainee camps, the manufactured nature of these groups and their image, and an ongoing mental-health crisis within the industry, marked by the suicides of artists like SHINee’s Jonghyun and f(x) star Sulli. K-pop fans are painted as wild fanatics who only care about their favorite idols, and will ruin critics’ lives on Twitter. It’s no coincidence that this critique is leveled at a predominantly young female fan base.

K-pop stans, many of whom are teenage girls or those in their early 20s, know how much power they wield on the internet.

In a 2015 article for Pitchfork, Brodie Lancaster wrote that “teen girls are the ultimate authorities” in fandoms, but artists aren’t seen as legitimate as long as teen girls are the bulk of their audience. “Pop music is fundamentally about the fans, and when we say things like ‘fame begets fawning praise’ we’re missing a big addendum: it does, except when young female fan bases are the ones stoking the ascent,” Lancaster wrote. “When fame is girded by a swelling teenage, female fanbase immediately, that celebrity becomes false, temporary, and unearned.” Given that, Lancester concludes that teenage girls become a barometer, of sorts: “If they like something you can be rest assured it’s not worth a serious listener’s ear.” What this criticism overlooks, however, is that fandoms are, as sociology professor told the Washington Post in 2014, using their voice to “show that you’re part of a larger group with a common identity.”

That’s powerful—and as we see through the BTS ARMY and larger K-pop fandom, can be used for good. “Society in general is incredibly flippant and dismissive of female power—‘fangirl’ culture has always been so looked down upon,” Perrotta said. “Why is it that male fans of a book series or a band can be as fanatical as they please, but when a girl memorizes facts and figures about her chosen interest and collects memorabilia, she’s ‘a crazy fangirl’? We need to examine the inherent misogyny in that unfair comparison.” Curt agreed, noting that misogyny is the primary reason K-pop’s female fans are so routinely dismissed. “Women and girls have always led the fight for revolutionary acts of change, from the right to vote to the movement for reproductive justice to the eradication of online harassment and bullying,” Curt said.

For Sarah, a 26-year-old K-pop fan from Austria who declined to use her last name, the double standard applied to female fans feels like an unnecessary slight. “Society, in general, doesn’t take young females seriously. They’re even more judgmental toward fangirls, since they have a wrong picture of what we are like in their heads. So of course it comes as a surprise that we’re politically involved.” What’s clear, now, is that the teenage girls and young women fueling the K-pop fandom are doing more than overwhelming social media for the sake of streaming numbers and Billboard position. They’re a political force now that can organize for the greater good, which combats the assumption outlined in the aforementioned Pitchfork article that the “crux of teen-girl illegitimacy is the assumption that they are incapable of the critical thinking their older, male counterparts display when it comes to their favourite bands.” We’ve known for a long time how untrue that sentiment is, and it has become crystal clear since Floyd’s death. “K-pop Twitter has also found its place in this movement,” Katherine said. “We’re all people and we’re all affected by police brutality. Enough is enough, and we want to use our platforms to help.” 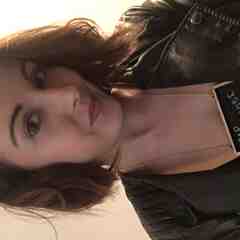 Emma is a freelance journalist from Dublin, who covers entertainment, culture, and LGBTQ+ lifestyle and culture. Her work has been featured in Metro.co.uk, The Guardian, Rogue, i News, Quartz, Vice and the Independent. You can follow her on Twitter @toomanyemmas.

How Do We Move Forward From Orlando? By Supporting Our LGBTQ Familia