Sorry Isn’t for SuckersRe-evaluating the Role of Political Apologies 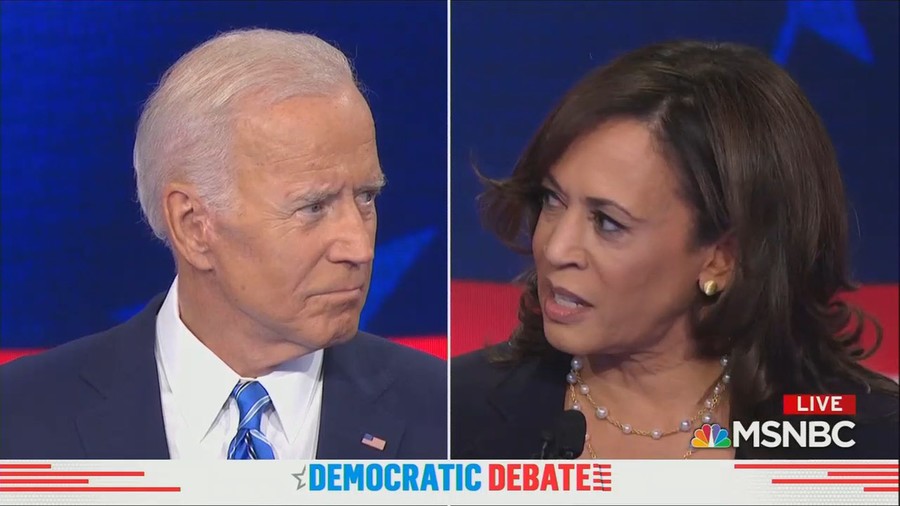 In an April 2019 Fox News appearance, then–Acting White House Chief of Staff Mick Mulvaney had some sharp words for the growing number of Democratic presidential candidates who, like Elizabeth Warren and Kamala Harris, were addressing past errors and policy missteps. Mulvaney mocked the notion that candidates should hold both themselves and each other accountable for past harms; they were, he scoffed, turning the 2020 race into “Make America Apologize Again.” The comment delighted conservatives, who love nothing more than complaining about “PC culture” in response to any suggestion that perhaps people should treat each other with basic decency; more important, though, it underlined the fact that many people of all political stripes think apologies are a sign of weakness.

The idea that a willingness to apologize signals a lack of strength is predicated on the equally entrenched belief that acknowledging harm is for suckers. Mitt Romney’s 2010 book, No Apology: The Case for American Greatness, made this argument right in the title. As the Republican presidential nominee in 2012, Romney presaged Mulvaney’s words by referring repeatedly to President Obama’s engagement with past American wrongs on foreign relations trips as an “apology tour.” Apologizing, the logic goes, gives the wronged parties—which, in the case of apologies like Warren’s and Harris’s, are marginalized people—the upper hand, creating vulnerabilities that can be exploited later. The adage “Never apologize, never explain” exists to remind those in power that both actions open them up criticism that their enemies will leap to use to their own advantage. In the realm of politics, where one thoughtless turn of phrase can occupy the news cycle for weeks, nobody is rushing to put a target on their own back.

But the current conversation about apologies seems less a matter of individual mea culpas than a reckoning with the question of what kind of people—rather than what kind of candidates—Democrats want to be. The question within the question of, “Should politicians apologize?” however, isn’t whether politicians can or should offer them. (They should). It’s about whether they are willing and ready to accept that the words “I’m sorry” are just the opening statement in the longer process of a true, sincere apology—which, incidentally, comes with no takebacks. (Looking at you, Al Franken.)

A good apology starts with a clear acknowledgement of what you did and why it was wrong, using proactive, not passive, language, and avoiding weasel words (“sorry you were offended,” “I’m sorry if my words came across as…” “it wasn’t my intent to…”). It should also include an assertion of what you plan to do to redress the harm, and followed over the subsequent weeks, months, and years with clear evidence that you are doing the work. There should be no expectation, whether expressed or implied, of forgiveness or immediate acceptance from the wronged party. The scope of most politicians’ anxiety about even admitting to, let alone apologizing for, past harms and misdeeds was brought home in last month’s fiery exchange between Joe Biden and Harris on the Democratic debate stage. Harris confronted Biden on his recent boast about successfully working with segregationist senators early in his career, when he supported their policies on busing. “It was hurtful to hear you talk about the reputations of two United States senators who built their reputations and career on the segregation of race in this country,” said the California senator as she talked about being among the second class of students that were bussed to integrated schools as a child.

Biden’s response was swift and defensive. “It’s a mischaracterization of my position across the board,” he said, before taking a swipe at Harris’s problematic history as a prosecutor. In a quick back and forth, Harris continued to dominate, and Biden did not come off well. It took Biden more than a week to dredge up an apology, just in time for an appearance in South Carolina, a critical early-voting state with a large population of Black Democrats. “Was I wrong a few weeks ago to somehow give the impression to people that I was praising those men who I successfully opposed time and again? Yes, I was. I regret it. I’m sorry for any of the pain or misconception I may have caused anybody.” With indirect phrasings like “somehow give the impression” and “misconception,” it was a textbook example of how not to apologize, and wasn’t helped by the fact that Biden focused the conversation on himself and his own record just as he’d done on the debate stage. Biden came off not as apologizing because he felt bad, but doing so because he got caught.

Delivering a good apology might take some practice, but doing so actually shows strength and a willingness to grow. If the Democratic party really wants to rebuild itself into a modern progressive policy leader, some apologizing will be required. The earlier and more decisive an apology, the more genuinely it is perceived—a profound argument for being assertive as early as possible when wrongdoing is identified, even if it’s decades after the fact. Better yet, the apology should be offered before someone has to point out that it’s necessary. When an apology is grudgingly forced or turned into political theater, it shows. The cringeworthy series of apologies Bill Clinton delivered in the aftermath of exploiting his power and privilege in an affair with Monica Lewinsky remain an enduring failure; the former president insisted in 2018 that he didn’t “owe” Lewinsky an apology, feeling he had done his due diligence with other public statements. Donald Trump is even worse at apologizing, regularly issuing sullen, canned statements before doubling down on his original offenses—and, in many cases, demanding apologies from the very people he refuses to apologize to.

Biden has a great deal in common with the man he hopes to follow into the Oval Office; he too remains hotly resistant to issuing apologies, and furious at voters who hold him accountable. Biden’s conduct in the 1991 Anita Hill hearing is a glaring theme in his campaign: As the chairman of the Senate Judiciary Committee overseeing Clarence Thomas’s Supreme Court confirmation hearings, Biden failed to exert control over the Republicans on the committee who subjected Hill to relentless questioning. He also refused to take testimony from three witnesses who were able to corroborate her claim of sexual harassment by Thomas. Hill has made it clear that his hamfisted attempts at apologies are not accepted.

The current conversation about political apologies seems less a matter of individual mea culpas than a reckoning with the question of what kind of people—rather than what kind of candidates—Democrats want to be.

A number of current Democratic candidates have things in their political and personal pasts and present that do merit retraction. Few have taken ownership of their misdeeds with clear, decisive apologies; those who have did so clumsily and only after a protracted period of public backlash. Senator Warren’s mistaken claim to Indigenous heritage, for instance, was  turned into a tool for right-wing harassment of her; when she responded by publicizing the results of genetic testing, Indigenous communities that had already spoken out asserted that she didn’t seem to understand the source of their criticism. For Warren, an unequivocal apology might include a series of meetings with tribal leadership to discuss meaningful changes she could implement—both as a senator and a possible president—to address systemic disparities for Indigenous Americans, along with other terms set by those communities.

Similarly, Pete Buttigieg has been criticized for his poor mayoral record on racial issues and his failure to fully engage with these criticisms. In response, he announced a plan earlier this month to address racial inequality at the federal level, sparking conversations about whether the move is evidence of a genuine desire for reform that moves him closer to rehabilitation, or something more cynical. Harris’s prosecutorial record has been the subject of much discussion as well; her handling of truancy and sex work in particular raises concerns, as does the case of Jamal Trulove, who was wrongfully convicted of murder during her tenure in as San Francisco’s District Attorney. Communities that have been affected have called for apologies, but they also want her to take steps like pushing for criminal-justice reform in the Senate.

Wrongdoing, apologizing, and rehabilitation are the subjects of a conversation that’s currently swirling through news, social media, and popular culture, and politicians, as public figures, need to be part of it. At the same time, care must be taken with the weaponization of demands for apologies as political tools. President Obama, for example, was expected to apologize for a string of minor slights—including wearing a tan suit and holding a coffee cup as he saluted a Marine—when it was clear that what his critics really wanted was an apology for his Blackness. Similarly, we should scrutinize who is being asked to apologize, for what, and how stridently.

Are calls for apologies from older white men with decades of political experience, power, and opportunities for abuse the same as calls for apologies from freshman Representatives like Ilhan Omar and Alexandria Ocasio-Cortez? Does the demand for an apology rest on assumptions about who someone is (a woman, Black, Muslim), or on the facts of what they did (putting children in cages, sexually harassing staffers)? Conventional wisdom says apologizing is a poor strategic move. But conventional wisdom brought us the world we live in now, so perhaps it’s time to take a chance on being unconventional and embracing the transformative power of the well-crafted apology. The most effective way to avoid becoming a target for doing the right thing is to normalize it. Perhaps the upcoming series of debates will offer an opportunity to do just that.

Read this Next: In Defense of “Political Correctness” 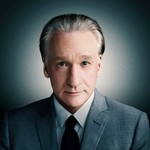 by Tamara Winfrey-Harris
Actually, political correctness is not “flesh-eating bacterium.”

“Libertie” Questions the Nature of Freedom Itself