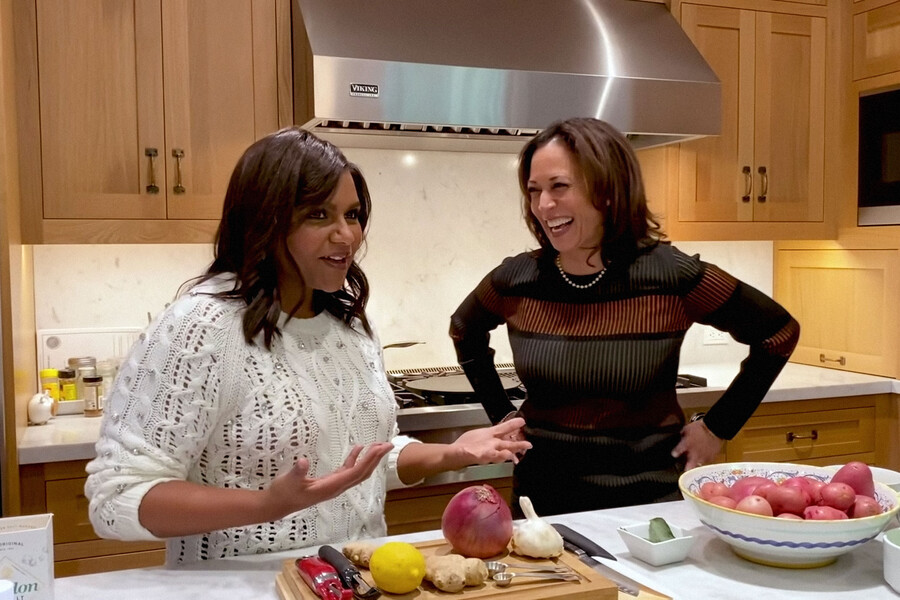 When I was 14, I attended a private school tucked away in a dark-green forest in Delaware, a tiny, mostly white state populated by less than a million people. My school served as a polling location in the 2008 election, when Barack Obama won the presidency with Joe Biden as his running mate. I remember the shiny black vehicle pulling up outside the front doors as us middle-schoolers cloistered on the sidewalk, vying to catch a glimpse of the future vice president as he cast his vote in his home state. I still remember seeing his slightly tanned face and shocking white hair through the car’s dark-tinted glass. As if by trick or coincidence, I was on the cusp of becoming part of an America that had never been allowed for people who looked like me or came from where I came from. Obama’s presidential run promised to change that.

My parents came from Karachi, Pakistan, once ranked the most dangerous city in the world, and I spent parts of my childhood in my grandmother’s apartment in Pakistan. I was visibly brown, I had a Muslim name, and I practiced Islam, scurrying to the guidance counselor’s office five times a day to pray. In truth, I was an impostor in a predominantly white school inhabited by trust-fund kids—but the prospect of having a Black president, the biracial son of a Kenyan immigrant, made it seem as though America was finally accepting those of us who had loitered on its margins for far too long. Kamala Harris, who Biden chose as his running mate in August, has a similar story: Not only is she a Black and South Asian woman, but she’s also the daughter of immigrants. Like Obama, Harris is a politician trained in the language of social justice: While Obama was a community organizer in Chicago, Harris’s parents met at a reading group that became the forerunner to the Black Panther Party and other Black nationalist organizations.

She attended Howard University, a historically Black college, and served as the president of the University of California, Hastings, chapter of the Black Law Students Association. When a photo of Harris in a lustrous cranberry-colored sari circulated widely in Indian media and Desi WhatsApp groups, the sight was all too familiar. She could be our friend, mother, sister, or aunt, giving South Asians a real sense of kinship. It’s impossible not to relate to her journey. Her mother, who immigrated to the United States at the age of 19, was a doctor; my father, who went to Philadelphia in his 20s to do his residency, is a doctor. When I was a child, I dreamed of breaking the same glass ceilings Harris shattered with her nomination. I wanted to be a lawyer, a politician, a diplomat. I wanted to wear a suit every day and wrap my unruly hair in a tightly coiled bun. I wanted to be a girlboss before we had the language for it.

The Biden-Harris ticket reminds of my childhood, peering through the smoke screen of multiculturalism, but I learned early on that there was too high a price to pay for breaking the glass ceiling, for walking in ivory halls where you’re the only face of color. After Obama was elected, I watched him renege on nearly every promise he made: He never closed Guantanamo Bay or raised the minimum wage, and he increased drone strikes in Iraq, Afghanistan, and elsewhere in the Middle East. Harris can’t be criticized for being inauthentic: She was born in Oakland and bused into desegregated schools. Her grandfather in India was an upper-caste civil servant who opposed corruption. But having roots in Black America and India doesn’t necessarily translate to a progressive record, and Harris has criminalized the same people with whom she shares a cultural kinship.

As San Francisco’s district attorney, Harris sponsored a controversial bill that fined parents $2,000 and sentenced them to up to a year in jail if their children became truant. She fought to keep people convicted for other crimes in jail, even after they were proven innocent. She supported the death penalty in California. She acted as most tough-on-crime prosecutors across the country do, even while styling herself as a proponent of criminal justice reform. Though Harris has positioned herself as the hardworking daughter of immigrants, she also supported a 2008 policy that required police to turn over undocumented minors to ICE, which led to the detainment and deportation of more than 100 youth. While running for president, Harris promised $2 billion in funding to Countering Violent Extremism, a program that has been used to spy on Muslims and infringe on every citizen’s right to privacy.

On the foreign policy front, Harris has voted to impose sanctions on Iran, preventing civilians there from accessing life-saving medicines during the pandemic. She also pledged military assistance to Israel at the expense of Palestinians suffering under occupation. Both Biden and Harris have pandered to immigrants, with Harris’s nomination meant to draw in liberal voters concerned with racial justice and the rights of women. As Harris debated Mike Pence, who frequently interrupted her, memes and commentary arose about the pernicious erasure of Black women in professional settings who are cut off and silenced by white and/or male coworkers. Biden dropping “inshallah,” an Arabic expression meaning “God willing,” in a debate was likely a nod to the Muslim community or, at the very least, an attempt to appear culturally aware. The reality is that neither candidate will improve conditions for Muslims or immigrants, but Biden and Harris will weaponize identity and prey on the fears of a vulnerable demographic to secure its vote and appease forward-thinking allies.

The reality is that neither candidate will improve conditions for Muslims or immigrants, but Joe Biden and Kamala Harris will weaponize identity and prey on the fears of a vulnerable demographic to secure its vote and appease forward-thinking allies.

In Notes of a Native Son (1955), James Baldwin writes: “In Harlem, Black policemen are feared even more than whites, for they have more to prove and fewer ways to prove it.” This axiom rings true today for people of color in government or law enforcement who often have to prove their allegiance to the same institutions responsible for our oppression. Not only do people of color in high places embody respectability politics and perform patriotism, but they also violently impose these values on the powerless and on those who decide to reject or challenge white-supremacist institutions. Harris’s ascent to power didn’t come free of cost, and the Democratic establishment would not have cherry-picked her to be Biden’s VP if she hadn’t made significant concessions to what the station requires, including the marginalization of working-class Black Americans, undocumented immigrants, and civilians in countries under U.S. military occupation.

I experienced this same awakening at 15, when I finally chose to leave the private school I attended because I realized I didn’t want to seek patronage in any institution that questioned my humanity and made submission to white supremacy the basis of my success. Today, South Asians are faced with a similar choice: Harris may look like us, and she may come from the same part of the world as us, but what price do we pay for representation? What exactly is lost when someone who looks like us becomes responsible for the suffering of vulnerable people of color across the world, pulling strings from the center of the largest empire on Earth? Representation shouldn’t be rooted in the aesthetic identities of the politicians on the ballot, but measured in whether their past track records and proposed policies will actually benefit marginalized people, particularly communities of color confronting the onslaught of racism and police/military occupation. 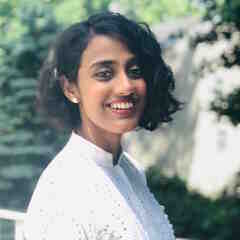 Iman Sultan is a Pakistani-American journalist writing about politics and culture.