“Catfish” Still Has Lessons To Teach Us | Bitch Media

“Catfish” Still Has Lessons To Teach Us 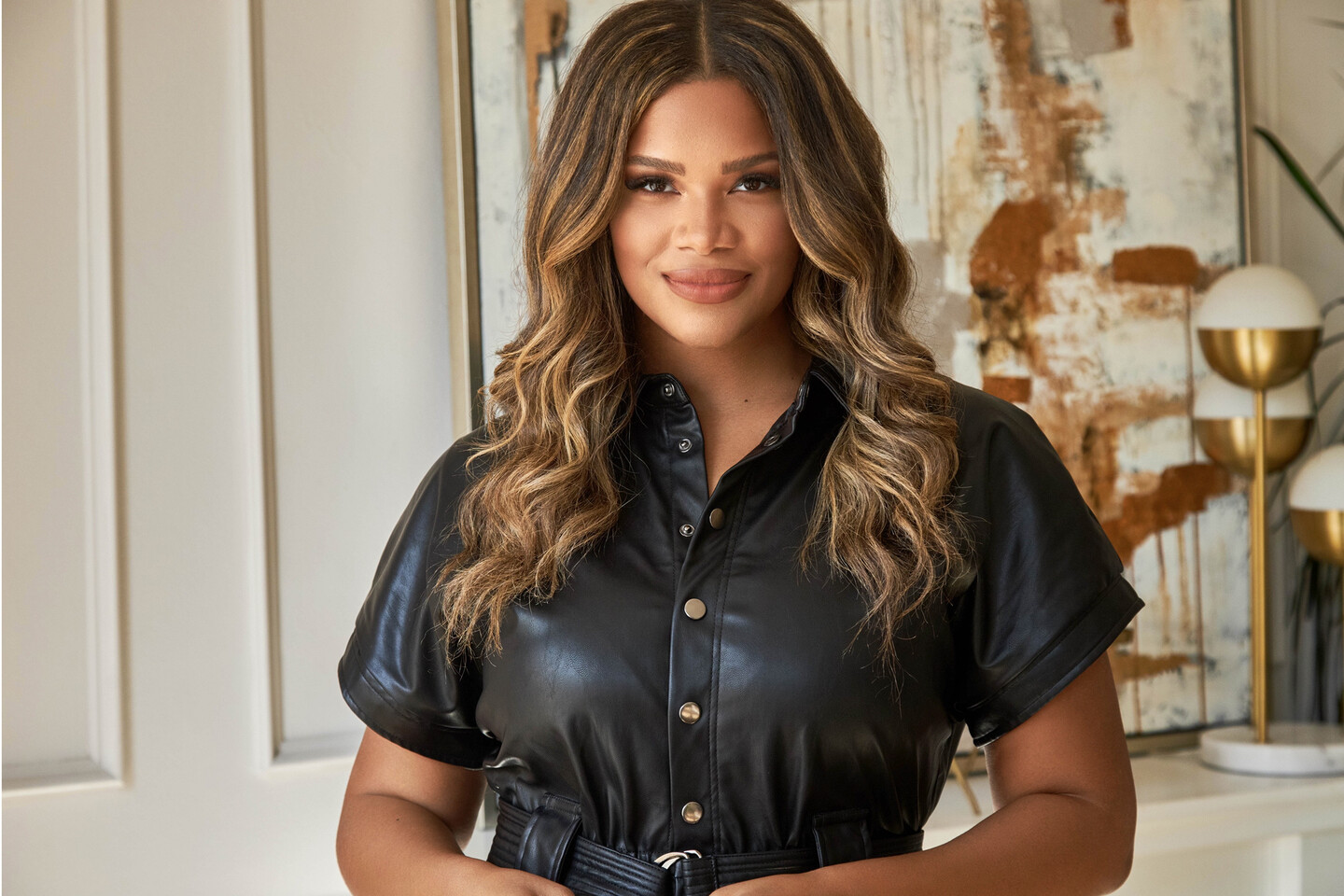 IN 2010, the term “catfish” entered our cultural lexicon through a documentary of the same name. The film follows Nev Schulman as he tries to meet Abby, a child prodigy he met on Facebook, and other folks in her orbit. He discovers that he’s being deceived by Abby’s mother, Angela, an older, married woman who’s catfishing—or pretending to be someone else online—to escape her circumstances. Since 2012, Schulman has been helping other people get answers from the people they suspect are catfishing them on the hit MTV show, Catfish. In Season 8, Kamie Crawford hopped in the show’s cohosting saddle, bringing fresh energy. She pulls no punches as she tries to help guests remove their rose-colored glasses and see the truth about the people they’ve fallen in love with online. She also confronts catfishes, refusing to back down even as they attempt to insult her. Bitch spoke with Crawford about navigating the show during a pandemic, building a trusting relationship with guests, and making peace with the catfishes who’ve tested her patience.

You were a part of the rotating cast of cohosts who joined Nev for one-off episodes after former cohost, Max Joseph, left. How did you ensure you would stand out?

Somebody in the casting department reached out and asked if I would guest cohost a few episodes. I was like, “Yes, absolutely” because I’d been a fan of the show for so long. I could really be myself [cohosting Catfish], and I loved that. It never felt like work. It didn’t feel like any other audition I’d been on for anything else. It was seamless, and it felt very easy—almost too easy, to the point where I was like, Okay girl, check yourself. This isn’t your homegirl’s house. This is a national TV show. It’s my job, but I have so much freedom to let my personality shine through.

How are you handling being the show’s first Black woman cohost?

I’m so glad you asked me that because no one ever asks me that, and it’s something I think about constantly. People don’t understand that there’s an added layer to being a Black woman on television. Look at what happened with Gayle King and that monster of a girl who was trying to come for her. Gayle is extremely good at her job, and you have this individual trying to undermine all of that in a five-minute interview. People come for me all the time [on the show]. I’m used to it [because I’m on] social media; that’s just part of being a public person, but it’s a little different on Catfish because I’m trying to hold [our guests] accountable for their actions.

Across the board, people have an issue with Black women holding [them] accountable. It’s automatically met with retaliation and animosity. When [that] happens, I’m coming from a place of wanting to be gainfully employed, so I try to consider that before popping off. I also know myself: I’m a Scorpio and I’m Jamaican, so once I hit that level, I’m going the fuck off. At the end of the day I know our producers, the network, and everybody on our team is going to have my back. But I still want to make sure I’m holding myself to the standard I’ve set. There have been times where I’ve just turned my computer off and texted Nev like, “I’ll come back in five minutes.” At the same time, there’s a lot of hurt people out there and sometimes they can’t take somebody holding the mirror up to them.

Nev is more optimistic while you’re more of a realist. How would you describe your dynamic?

What you see is what you get. I have five younger sisters, I’m the oldest in the family, and my sisters come to me for advice. I have to keep it real with them. That’s just my default setting. If I see bullshit, I have to call it out. I give anyone who comes on the show the same treatment. You develop a certain kind of bond filming the show with [guests], and that’s what they’re expecting of me. That’s why I’m able to have conversations [to the side], especially with the women who come on the show, because sometimes you need somebody to tell you exactly what they see that you’re not seeing. And sometimes you need Nev to be like, “Don’t give up hope.” It’s important to have that yin and yang. 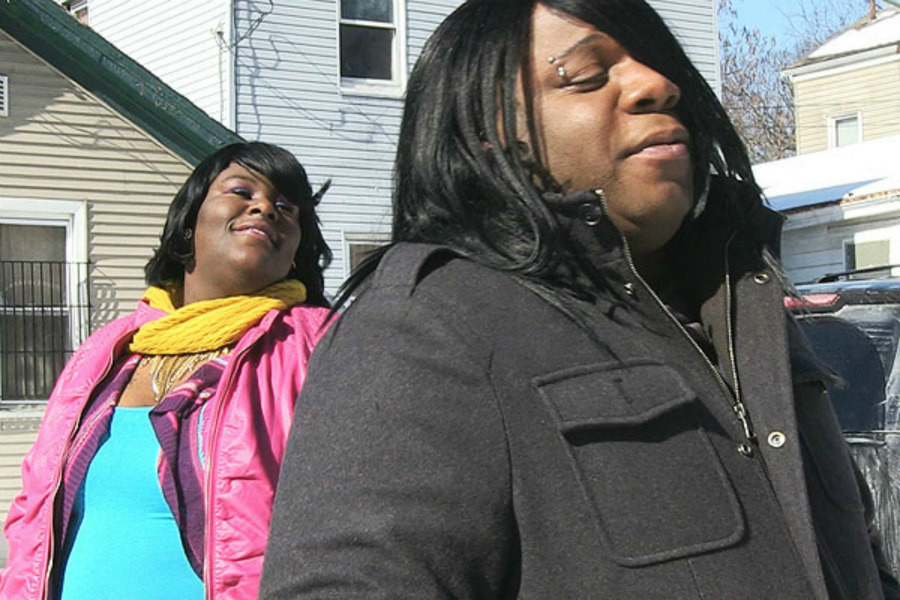 The COVID-19 pandemic forced Catfish to go virtual. How did you and Nev approach filming a show remotely?

It has been trial and error for our entire team, but Catfish is the perfect show for [the pandemic]: Everything we do is through the computer or through text messages. While we miss being able to travel, there’s something to meeting people where they’re at. It just made sense to continue [the show] virtually. I have to give all the credit to everyone working behind the scenes to make everything look so amazing. They’re killing it.

Why are people still being catfished in 2021?

That’s the golden question. There’s no better time than quarantine to really understand why people end up talking to people for long periods of time [without meeting in person]. They’re looking for connection, which we don’t have access to right now. Outside of that, some people have access to other people [through] a yoga class or going to Starbucks, but a lot of the people we’re helping live in towns with one stoplight. They don’t have a ton of friends or places they can really hang out because they don’t want to hang out with the people they’ve known since kindergarten. They want [to be around] new people, they want something exciting, they want something fresh, and if you’re from a small town in Kentucky, talking to somebody in San Francisco sounds super exciting. It’s all about human connection. People just want to be loved and they just want to connect, and sometimes it doesn’t matter what that looks like as long as you’re getting it.

Do you ever foresee a time when people won’t be getting catfished?

No, that’s just never going to happen. It has gotten worse during quarantine, and I only see it getting worse as editing apps become even better. Some people are going to [catfish] for malicious reasons, and other people are going to do it because they don’t feel completely comfortable revealing who they are. I don’t think it’s ever going to stop.

Read this Next: Dressed for Comfort 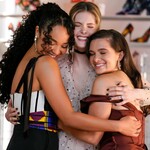 by Addissyn House
The series finale of “The Bold Type” offers an emotional ending.