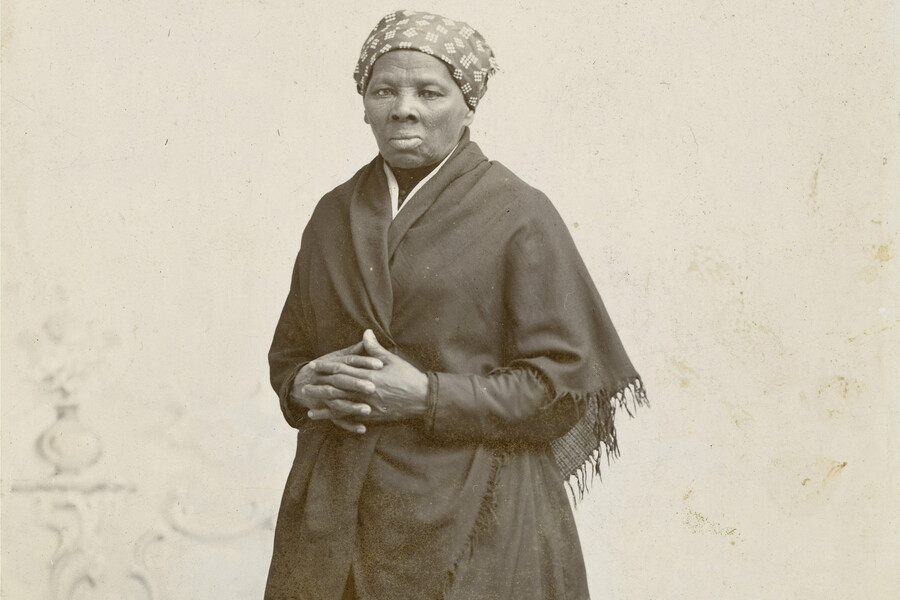 In the final days of the Obama administration, then-Treasury Secretary Jack Lewis announced plans to place abolitionist Harriet Tubman on the $20 bill—where the rebel would replace the nation’s seventh president Andrew Jackson, whose face has been featured on the front of the note since 1928. The proposed feature would make Tubman the first African American to grace a piece of U.S. currency. An unprecedented recognition of a Black historical figure, many Americans expressed excitement about the prospect. Elected officials tweeted their enthusiasm for the plan. “I cannot think of an American hero more deserving of this honor than Harriet Tubman,” tweeted Vermont senator and 2016 presidential candidate Bernie Sanders. The idea for the Tubman bill was especially embraced by those who had begun to protest the nation’s continued celebration of Jackson—a president with a storied history of enacting racist policies against African Americans as well as the country’s Indigenous population—and who viewed his replacement as a mean to righting a historical wrong. Despite all the support for the change, the possibility of seeing this commemorative gesture come to fruition died out once Obama vacated the White House.

With the idea lingering over the new White House, the Trump administration addressed the plan head on by effectively rejecting the idea of removing or replacing Jackson: In 2017, Trump’s Treasury Secretary Steven Mnuchin reneged on Obama’s promise, asserting that the $20 bill was not in need of recasting. Following this announcement, it seemed for a time that the conversation regarding Tubman and the $20 bill had finally been put to rest. Yet, as the White House changed hands yet again, the Biden administration revived the dialogue in its first days, announcing its intentions to revive the Harriet currency project. As per White House Press Secretary Jen Psaki, “It’s important that our money reflect the history and diversity of our country.” And yet, after all this time, the return of the Tubman plan has brought little attention to the implications of commemorating the life of an enslaved woman on the currency of a nation that secured—and profited from—her enslavement.

A number of questions remain, among them: What is the cost of making a formerly enslaved woman the face of currency? What does it mean to consign Tubman to capital once more? In a country where the police were called on George Floyd for an alleged counterfeit $20 bill, what difference would it make for Tubman rather than Jackson to be the face of his undoing? Only a deeper look into the history of Black women, slavery, and America’s commemorative traditions can assist us in answering these questions. Currency as a commemorative medium expands existing dialogues about commemorative works and the nation’s relationship to historical memory. Unlike the grand displays offered by monuments, commemorative coinage and currency present an alternative way of conceptualizing memorial practice. As currency is communal—insofar as it serves as a unifying vehicle for a nation’s exchange of capital—widely circulated commemorative currency stands to reach far more of the American public than a sedentary statue ever could. Nonetheless, as an item of exchange, cash and pocket change are rarely considered beyond their trade value, making their impact symbolic and largely illusory. Ironically, as a site for memory, money’s value remains disputed.

What can be agreed upon, however, is that while Tubman’s representation on U.S. currency would be historic, it is preceded by a much longer history—one that ties traditions of abolition with commemorative practice. A Museum of American Finance exhibition entitled, “For The Love Of Money: Blacks On U.S. Currency”—which featured examples of Black historical figures and events that were “recognized by law through commemoration on United States currency in the form of commemorative coins, medals and medallions”—showcased the varied ways in which Black people have been featured on coins in the United States. Amongst the many coins on display at the exhibition was a set of anti-slavery commemorative coins that read “Am I Not a Man & a Brother” or “Am I Not a Woman & a Sister.” Each of the coins asks a rhetorical question. In keeping with the abolitionist tradition of case-making, the coins use the image of enslaved people kneeling to ask white people to identify with and relate to the plight of the enslaved.

In April 2017, the U.S. Mint released a 225-year commemorative gold coin that features a Black Lady Liberty, marking the first time the iconic figure was ever depicted as non-white on the nation’s currency. Of the coin itself, Zeba Blay wrote in HuffPost about the unique detail with which the new Liberty was depicted. “The coin has a depiction of Lady Liberty like we’ve never seen her: a Black woman with twists in her hair, wearing a crown of stars,” Blay writes. Even this representational gesture is not entirely unprecedented. Black Lady Liberty is preceded by a singular history in which yet another racialized woman was depicted on American coins. As Claire Voon noted in her 2017 essay for Hyperallergic, “as far as circulating coins in use today, just one woman of color is represented among the lot: the ‘Sacagawea’ figure on the one-dollar coin.” Here, Voon is referring to the dollar coin in which Sacagawea, a woman of the Lemhi Shoshone tribe—well known for leading the Lewis and Clark Expedition of the Louisiana Territory—is featured.

Putting Harriet Tubman on the $20 bill in a country where she was bought and sold as living currency both obscures and exploits a figure of Black radicalism.

Despite its lack of popularity in the United States, Sacagawea’s coin has been minted every year since 2000, although it’s rarely released for general circulation. Sacagawea as she exists on the coin is depicted looking onward as her son, Jean Baptiste Charbonneau, sleeps peacefully while strapped to her back. Though it’s apt that Sacagawea’s son is pictured on the coin since he accompanied her on the expedition, the U.S. Mint’s use of her image reveals the ways in which commemorative currency’s relationship to Indigenous women has also been fraught with misrepresentation as well as presumption. For starters, it is important to note that there is no contemporary image of Sacagawea in existence. Rather, the U.S. Mint modeled the face on Sacagawea’s coin after a Shoshone-Bannock woman named Randy’L He-dow Teton.

Without an image, the choice was made to construct Sacagawea’s face according to the likeness of another woman from her tribe. In some ways, this gesture implies that Sacagawea is somewhat interchangeable; a woman whose face is not known and is thus, easily replaced with another’s. According to the proposals for the dollar coin, the Statue of Liberty was originally suggested as the design subject and Sacagawea was later chosen to replace her as the nation’s representative female figure. As if she were Lady Liberty, a figurehead for settler colonialism with no true name, the depiction of Sacagawea on the dollar coin reveals the limits and dangers of embracing state-controlled commemorative practices. Selective memory and erasure are features rather than bugs within America’s commemoration complex. As far as Tubman is concerned, the legacy of slavery only intensifies the potential violence inherent to these national memorial projects.

Born into slavery in the 1820s, Tubman is best known for her commitment to her own liberation as well as liberating others. The conductor of the Underground Railroad and the leader of the Combahee River Raid, which freed more than 700 slaves, she is, perhaps, our best model for the purposes of memory. Tubman escaped her plantation only to find herself consumed with the memory of those left behind. Hers is a story about the political power of remembering. She reminds us that abolition is also a promise not to forget. In this way, the popularization and widespread liberal embrace of the Democratic proposal to put Harriet on the $20 bill reveals, at best, a misunderstanding of her legacy, and, at worst, a gross incompatibility with Tubman’s commitment to Black liberation. Putting Harriet Tubman on the $20 bill in a country where she was bought and sold as living currency both obscures and exploits a figure of Black radicalism. In this way, the government’s efforts to co-opt Tubman’s image violate her once more. To be commemorated by your captors is to be captive for eternity.

Read this Next: Light of Truth 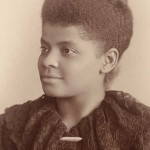 by Jordan Taliha McDonald
Can we reimagine public remembrance as a community-funded endeavor?