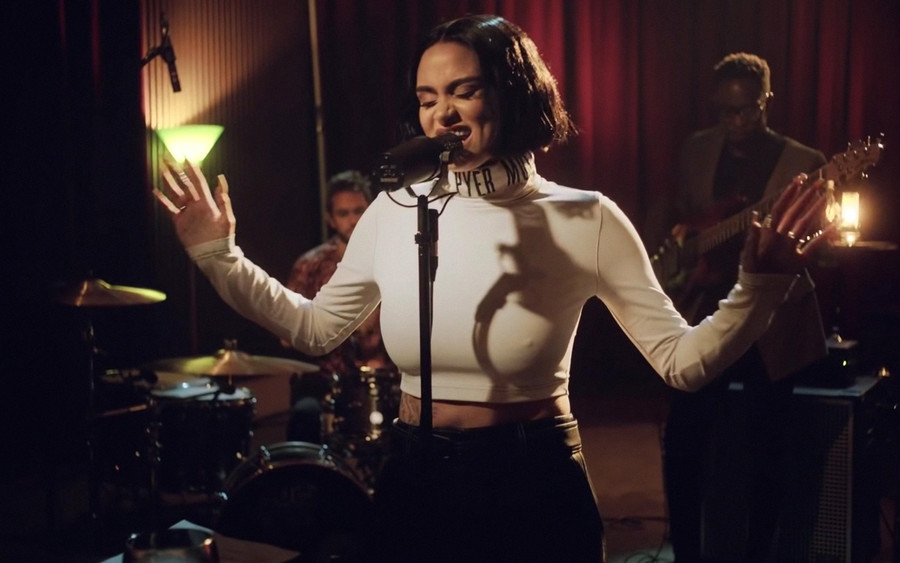 Kehlani has always worn her heart on her sleeve. Across her solo releases, the Oakland-bred singer has bared her deepest feelings about love, life, and heartbreak through vulnerable lyrics that invite listeners to sit with her sound and develop strong connections with her music. Take “The Letter,” a single from her breakout 2015 mixtape You Should Be Here, for instance: The four-minute track captures feelings of abandonment and utter confusion regarding an estranged parent and Kehlani’s desire to better understand why her mom, who struggled with a drug addiction, left her with an aunt. On “As I Am,” the Mary J. Blige-sampled track from her 2014 mixtape CLOUD 19, she sings about her desire to be loved by a partner who understands her while constantly questioning if she’s deserving of that love.

But on It Was Good Until It Wasn’t, her second official album, Kehlani is done with constantly searching for answers to life’s toughest questions. Instead, she fully accepts her personal struggles as stepping stones toward her latest accomplishment: loving every part of herself, including the flawed parts. The album opens with “Toxic,” a dreary declaration on which Kehlani croons about her connection to a relationship that’s no longer serving her. It’s a bold introduction, as she compares her love to tequila (“Don Julio made me a fool for you”) while being incredibly self-aware about the unhealthy situation and how, if she’s honest with herself, she knows she needs to escape from it (“I get real accountable when I’m alone/ I get real about it all when I’m alone”). With background vocals from fellow California artist Ty Dolla $ign, the single features bleak 808s that further evoke the exhaustive energy of the singer’s problematic relationship. More important, however, Kehlani is conscious of her bad choices, which are illuminated throughout the single.

On “Toxic,” she isn’t questioning whether she should leave the relationship, she knows that she needs to, and it’s that level of transparency and growth that sets the tone for the rest of the album. At 25, the R&B singer has endured a lot to reach that revelation about herself and her relationships. And, considering that she’s lived most of her young adult life under the ostensibly inescapable scope of social media’s scrutiny, her personal growth seems even more rewarding. Before her introduction to the national spotlight at 14, Kehlani had already experienced a lot. Both of her parents had substance abuse disorders. Her father died when she was a toddler, and her mother was incarcerated shortly after her birth. After spending time in foster care, the singer’s aunt adopted her. In 2011, she appeared as a contestant with cover band PopLyfe on America’s Got Talent; though the group didn’t win, the appearance helped jumpstart Kehlani’s solo career.

CLOUD 19 introduced listeners to Kehlani’s brand of sunny and nostalgic R&B, with its upbeat production and interpolating of classic R&B jams. It’s a trend the singer continued on 2015’s You Should Be Here, a 15-track mixtape that earned a Grammy nomination. While Kehlani’s vulnerability about the struggles that led to her success shines throughout the mixtape, she doesn’t always trust those feelings. On “Down for You,” a soulful single that features BJ the Chicago Kid and samples Musiq Soulchild’s “Just Friends (Sunny),” Kehlani ponders whether or not she should have a strong romantic attraction to a close friend. On “How That Taste,” Kehlani offers an ode to her haters who doubted her, revealing a side of her seemingly caught up in the common teenage angst that accompanies caring about other people’s perceptions and trying to meet their expectations.

Less than a year after You Should Be Here’s release, this angst spilled over into Kehlani’s personal life, which led to a suicide attempt. In a now-deleted Instagram post about her suicide attempt, Kehlani wrote, “Everyone is hurt and everyone is in a place of misunderstanding. But as of today, I had no single wish to see tomorrow,” she continued. “But God saved me for a reason, and for that, I must be grateful. Cause I’m not in heaven right now for a reason. Kehlani translated that energy of gratitude into SweetSexySavage, her 2017 debut album, which paid homage to TLC’s classic 1994 album CrazySexyCool. Though the album’s sound—heavily influenced by R&B from the ’90s—was a main highlight, the singer still oscillated between honoring her emotions and doubting them. On “In My Feelings,” which samples New Edition’s 1988 hit “If It Isn’t Love,” she constantly questions why she still has a deep connection for a partner who disrespects her.

While “Hold Me By The Heart” is a soothing ballad that explains what Kehlani wants in her next partner, it doubles as a song about toxic codependency patterns, including wanting a partner who will heal her (“Lift me from the ground and use your hands/ To hold me by the heart/ Tell me I’ll be whole again”). Since she released SweetSexySavage, Kehlani’s become a mother and been at the center of another public breakup, but this time, she’s not counting on a new partner to fix her. On It Was Good Until It Wasn’t, Kehlani ultimately acknowledges that only she can heal herself. On “Bad News,” she confronts her relationship fears, expressing that she wants to be in safer situations than the ones her parents experienced. “Serial Lover” is an assessment of the singer’s dating history, where she concludes that she should spend less time finding a partner and more time focusing on herself.

“Open (Passionate),” the album’s final full track, is a beautiful marker of Kehlani’s comfortability. The poetic lyricism in the first half of the song shines as she charts a stream-of-consciousness trail of wondering if she’s being too vulnerable with someone who doesn’t deserve it. Then, the beat switches to a mellow slow jam that features the singer completely opening up to her partner, defying her initial fears while honoring her emotions. It’s this Kehlani that listeners find themselves sitting alongside—a woman who has triumphed over pain, but who still acknowledges her past. Like many young women, especially women of color, Kehlani was forced to navigate a society that consistently aims to decimate her existence. Though the cards were stacked against Kehlani since birth and almost broke her, It Was Good Until It Wasn’t messily chronicles her survival. Kehlani is all grown-up now. And with each album, we’ve been able to grow alongside her.