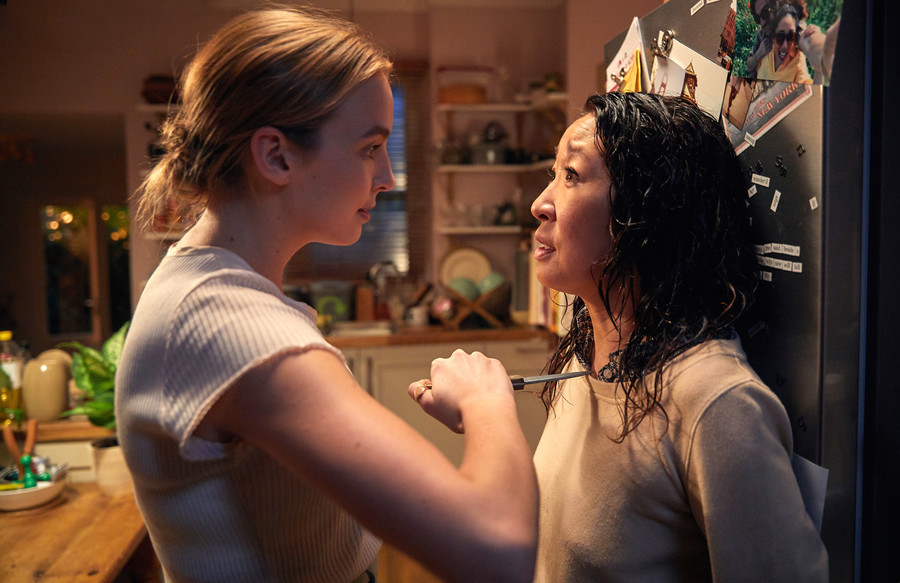 Killing Eve is a feast for the senses and season 2 unfolds like a decadent meal at your favorite restaurant; it leaves you wanting more, but it is never wanting. Jumping off a mere 30 seconds from where we last left our femme fatale and her worthy opponent, Season 2 continues to give viewers a perfect mix of thrilling clarity and confusion that simulates what MI5 officer Eve (Sandra Oh) regularly feels as she hunts the assassin Villanelle (Jodie Comer).

What do we talk about when we talk about Killing Eve? There’s the female psychopath angle, examining why we’re so captivated by a criminal who doesn’t look the way so many of history and TV’s worst murderers look. We gush about Comer and Oh’s perfect performances. We’ve unpacked Villanelle’s bisexuality and Eve’s insatiable fascination with her. But the only description that is fully appreciative of everything Killing Eve has to offer—from the acting, to the writing, to the soundtrack, to the costuming—is that it is sublime. Like the main characters’ ravenous need to dominate each other’s attention, Killing Eve keeps us coming back for more.

Though I consume a steady diet of TV shows and movies about serial killers, Killing Eve—a show about a cold-blooded killer and the detectives charged with stopping her—is a markedly different experience. Perhaps it’s because pop culture about female killers is rare. Her motivations are also seemingly different from those of her male counterparts; while most male killers are motivated by rage or lust, compulsion or perversion, Villanelle seems compelled to kill because, well, we don’t really know. For money? For sport? Because she can?

Glints of Villanelle’s emotions leave viewers wondering if there is a depth that somehow mitigates the detachment of her profession and her acts. She is casual and almost congenial when she’s sitting and eating in Eve’s kitchen. Similarly, Villanelle is friendly with her handler’s daughter—until she shoots him in front of her. It’s easy to slip into the same gray space between revulsion and fascination that Eve battles as she tracks down Villanelle.

Season 2 only widens the gulf between those emotions, further confusing any understanding of Villanelle’s capacity for empathy or sense of right and wrong. To compound the situation, Villanelle is compromised, recovering from her stab wound in a hospital trauma ward. There, she forges what seems to be a real human bond with Gabriel (Pierre Atri), the young boy in the bed next to her who’s been badly injured in a car accident that claimed the life of both his parents. They swap stories about what happened to them and there are moments when her concern for him feels real.

In an engrossing scene that I can’t stop thinking about, Villanelle sits next to him on his hospital bed after having unwrapped the wounds on his face. Gabriel breaks down into sobs, saying he wishes he had died along with his parents in the car crash. He asks if she would want to live like him; with her arm around him she says, no. She reaches around him in a comforting embrace. And then, she snaps his neck.

It is a dumbfounding kill because it is so ice cold; the boy is only 12. It left me wondering: Did Villanelle think she was doing right by Gabriel? Did she feel morally justified in putting him out of his misery? Is it even possible for a person with a tenuous empathy for the human condition to care about a child?

Villanelle later charms her way into the home of a lonely man who she meets at the grocery store; she claims that her “abusive father” caused the wounds to her head. But Villanelle’s cunning is no match for the physical debilitation of her wounds, and when that seemingly harmless man reveals himself to be overbearing and lecherous, we get a rare but poignant reminder of Villanelle’s limitations. She’s trapped in a house where the windows and doors are bolted shut to keep the man’s aging parent—and now her—from escaping, and he has no intention of letting her leave.

Meanwhile, Eve is indignantly keeping her composure at work and with her husband. Unsure if Villanelle is alive or dead (and unsure which she hopes for most), she is immersed in a new case—or is it the same case? The suspicious death of a wealthy public figure catches her boss, Carolyn’s (Fiona Shaw) eye, and the two descend down the rabbit hole with their team in tow.

Is Eve’s obsession with Villanelle or with the prospect of unpacking the psyche of female killers?

The most delicious twist comes in the second episode: This latest kill was not the work of Villanelle but another female assassin who operates contra to Villanelle’s M.O., flying under the radar and killing with anonymity instead of flare. Eve’s giddiness at the prospect of following the scent of another female assassin creates a new puzzle: Is Eve’s obsession with Villanelle or with the prospect of unpacking the psyche of female killers?

Eve struggles to decipher her feelings for Villanelle along with the viewer, but Villanelle, it seems, is steadfast in her feelings for Eve. She tells Gabriel that her “girlfriend” stabbed her and that she has to get back to London to see her—though she knows that finding Eve might be the end of her life and career.

“Your obsession returns,” boasts one of Season 2’s trailers. It is these bafflements and examinations of the innermost and least logical workings of human emotion that leave us, like Eve with Villanelle and Villanelle with Eve, utterly captivated, and make Killing Eve so obsession worthy.

Read this Next: Macabre Desires 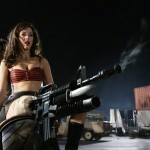