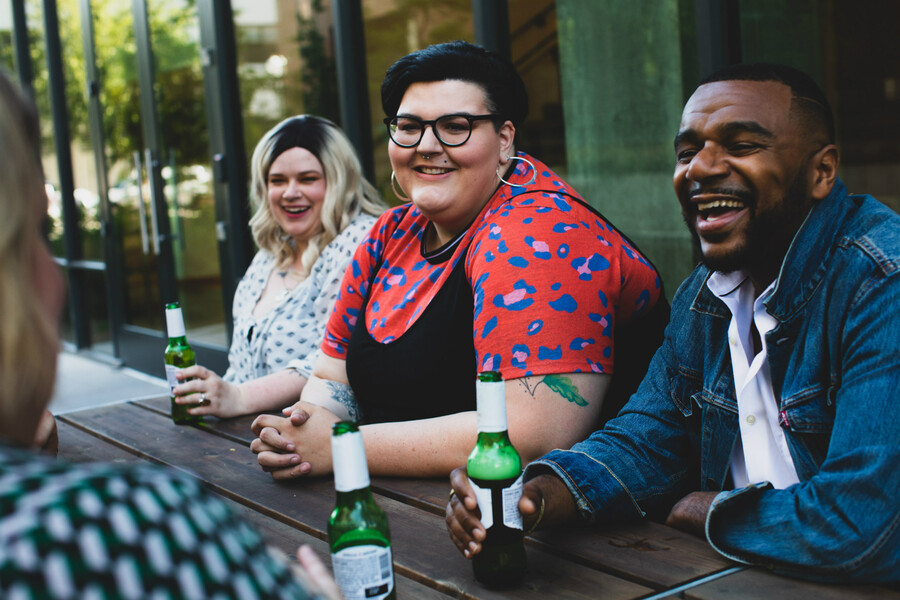 A group of friends drink beer together on a patio (Photo credit: AllGo - An App For Plus Size People/Unsplash)

As the United States approaches the one-year anniversary of COVID-19 and the vast changes it has wrought on everyone’s lives,  I find myself thinking a lot about the women I interviewed for a seminar during the pre-COVID fall of my senior year of college. In a class on long-form creative nonfiction about women, I chose to focus on the daily lives of older single women, a demographic often considered a “problem” in a society that props up marriage as both the gold standard for relationships and a requisite for being a “real” woman. I spent a semester with 10 of these women, biking through piles of leaves to meet them at coffee shops, in gardens, or at their houses. They were all single middle-aged or older women, but within that, they varied widely—some of them were single mothers, some had no children; some were widows, some had barely ever dated; and some were lesbians, some were straight. But all of them were “singled” in some way. Many of them lived alone, and found their family through things like hiking groups, lesbian meetups, or lesbian hiking groups. The one whose stories stuck with me most was Elizabeth*, an older lesbian living alone with chronic fatigue syndrome. Over the course of writing the piece, I got to know her in the cramped apartment she shared with her cat. “That’s a whole ‘nother bag of worms. You know, being older, single, and chronically ill,” she’d sigh. “There’s a lot of things for chronically ill people that assume that you have somebody in the house who can help you with it.”

How is Elizabeth doing now? I almost don’t want to ask, because I know that it was hard enough for her to get the care she needed during non-pandemic times. I’m afraid that I’ll email her and get no response. Recalling my conversations with these women led me to wonder how we ended up in a place where the expectation of consistent care is allocated only to certain kinds of relationships, generally ones that are romantic or comprising parents and children. People whose lives, by choice or circumstance, fall outside those parameters simply don’t enjoy the default expectation of care. The COVID pandemic has laid bare the ways American society presumes that most of us must depend on a singular romantic relationship as the source of all the caretaking in our lives. Romantic love is a resolution, narratively: it’s a happy ending and an assumption of mutual care in perpetuity. But this past year has forced a lot more of us to consider the limitations of that narrative. What happens to those who fall through the cracks of romantic love? Who catches you when the systems intended to secure your survival in growing older assume that you won’t be doing so alone?

These questions, particularly with respect to women, have always been tied to the “problem” of singlehood. But the assumptions at the bedrock of that problem have come into sharp focus amid the logistical challenges of quarantine, of massive unemployment, of access to medical care and vaccines. And the awareness of care gaps experienced by people who are single and who live alone often lives in subtext. What coverage I’ve seen of singles in the pandemic tends to focus on sexier problems like how they’re navigating their love lives with FaceTime dates and socially distant coffee meetups. Coverage that doesn’t center women’s search for a partner—because it’s always about single women—tends to sensationalize their loneliness. One article in The Lily finds an uncoupled woman noting, “At my age, everybody is coupled up, like Noah’s Ark. Here we are at the end of the world, and I am in my apartment for one.” She describes thinking a lot about an article she read when she was younger that described single women dying alone in bathrooms.

Pathologizing women’s singlehood is an American tradition, of course; the Lily article immediately brings to mind the infamous 1986 Newsweek cover story that proclaimed (based on an egregiously cherry-picked study) a college-educated woman over the age of 40 was more likely to be murdered by a terrorist than to find a husband. While it’s tempting to call the later-debunked claim a product of misogynist backlash, it’s also worth remembering that, more than 30 years later, the Wall Street Journal published the article “A Good Man is Getting Ever Harder to Find,” whose (male) author argued that in order to find a suitable mate, the modern woman should simply be less discriminating. Decades of mediated obsession with the “problem” of singledom suggests that there’s plenty of cultural awareness of the way desire impacts how care is distributed. But that awareness remains unspoken, for the most part, obscuring the care gap with fearmongering language that makes the problem an individual, rather than societal one: The onus of “fixing” it falls to the single woman herself, who must find a partner lest she die alone and unloved on her cold bathroom tile.

But the truth is that romantic love was killing us—to borrow a phrase from queer writer and theorist Caleb Luna’s essay of the same name—long before COVID-19. Luna points out that the politicized nature of desire inherently impacts the ways that care is distributed, both interpersonally and systemically. These “economies of care,” as Luna calls them, leave those who do not or cannot fit the social mold of expected relationships without care. Luna, along with writer and professor Jina B. Kim, PhD, (in the interest of full disclosure, Kim is a former professor of mine), cite disability justice thinking at the heart of their theories on how love is killing us. Disability justice understands the political implications of carework—and Kim points out that “desire is political when it becomes a rubric for how we determine who is deserving is care.” This leads to the creation of care economies, which understand care as a commodity that most of us have been taught to dole out along a sort of hierarchy where romantic partners sit at the very top. (This is, of course, a particularly American conversion: Less individualistic cultures put more emphasis on caring for parents and other family members, whereas the vaunted U.S. institution of the “nuclear family” is a colonial institution.)

After a year that’s laid painfully bare inequities and oppressions that have always been there, the systemic change that’s at the core of rewriting love still feels far out of reach.

But Kim is also critical of “the assumption that romantic relationships are always the source of care, renewal, and replenishment”—an assumption that’s starkly disproved by statistics that show rising rates of intimate-partner violence, experienced primarily by women, in quarantine). Whether we’re in relationships or not, romantic love is like most systemic oppressions in that its failures disproportionately impact those who are already most vulnerable to violence that results from systemic oppressions. Meanwhile, the work of care that accompanies romantic relationships is a largely feminized burden that has, again, become increasingly visible during the past year of pandemic life while not being at all new. Decades of feminist theory have emphasized that the societal matter of who is considered responsible for giving care and who is socialized to give it by default is inherently political. (Though it’s also important to note that both theory and practice regarding carework has in recent years has given way to overbroad applications of terms like “emotional labor” that now plague proto-activist online discourse in particular.)

Luna ends “Romantic Love is Killing Us” by asking the question: “Can we care for each other outside of love? Can we commit to keeping the unloved and unlovable alive? Is this a world that we have the potential to build?” Which is to say, can we care for each other without, or despite, desire? After a year that’s laid painfully bare inequities and oppressions that have always been there, the systemic change that’s at the core of rewriting love still feels far out of reach. As inequity plagues the vaccine-distribution systems that will hopefully pull us out of endless COVID “waves” (see: #HighRiskCa), and in the wake of this summer’s Black Lives Matter protests, it’s all too clear that the vague and generally empty promises of “having conversations” do nothing to address glaring lack of actionable steps toward systemic change. The way out offered by Luna and Kim, as well as many others working in this field, is a deeper understanding of the necessity of interdependence in relationships beyond our romantic ones: “With a restructuring of romantic love as comparable to community/platonic/self-love, we begin to prioritize the care and livelihood of entire larger groups of people as equally important as our romantic partner/s,” writes Luna. “For me, friendship as queer praxis begins with imagining and enacting structures of sustained love, care, and intimacy beyond the couple dyad and white nuclear domesticity, and in turn, allowing these alternate structures to transform how we understand love, care, and intimacy,” Kim writes. The desire is there, and I think you feel it too: for love as a horizon beyond survival, beyond the petty desires that reject and wound. Jina B. Kim claims this horizon: “If this is the friendzone, then I’m building a house here.” It’s about time we kill romantic love, before it kills us—and learn how to love and care for one another  without it.

Read this Next: Poisoned Rose 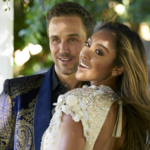 by Oliver Haug
In a time that’s more mediated than ever before, love is a contrived TV show for us all.

Oliver Haug is a writer and recent graduate of Smith College, currently based in Berkeley, California. They have previously written for Ms. magazine, them, the New York Times’ newsletter “The Edit,” and others. They enjoy writing about gender, family, unlikely trans narratives, and Frankenstein.