Double Down: "King Richard" Is an Ode to the Power of Believing in Black Girls | Bitch Media 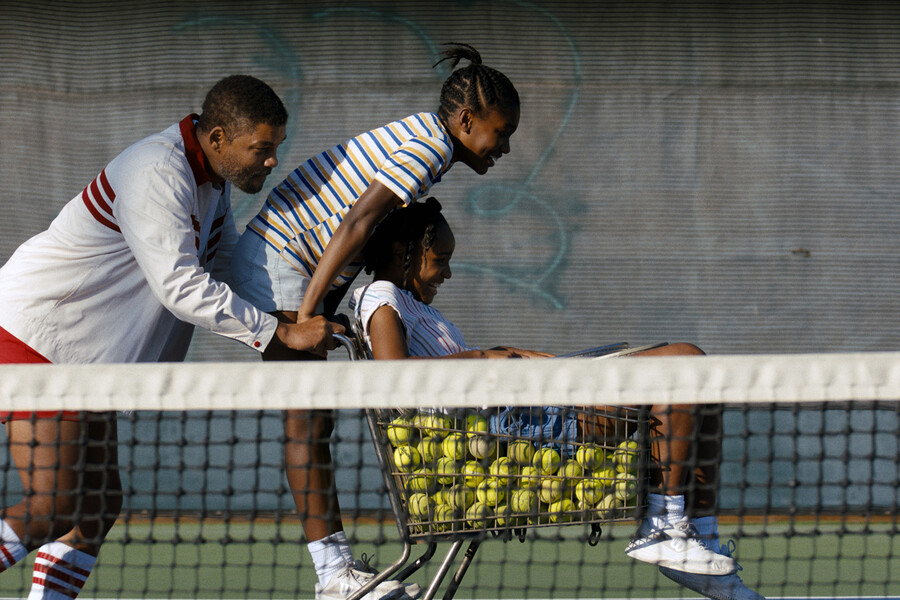 To hear Richard Williams speak is to be spellbound by the voice of a man with stories to tell. And as the father of tennis greats Venus and Serena Williams, he will never be short of eager ears to listen. So it is fitting that King Richard, the new biopic about Richard Williams starring Will Smith (and directed by Reinaldo Marcus Green), begins with narration that honors his raspy Louisiana diction without caricature. Smith does not physically resemble Williams, but embodies his spirit through the stoop of his shoulders and the careful study of voice, bending his vowels like the curve of a country road. From casting to dialogue to scene choice, that same care undergirds the entire film.

King Richard is the remarkable tale of how a Black man born in the Jim Crow South became the guiding force behind two of the greatest tennis players in history. It pulls material from family recollections, memoirs of both Richard Williams and Serena Williams, and various interviews. The film begins with the Williams family living in Compton, California as Richard (Will Smith) tries to find a professional tennis coach for young Venus (Saniyyah Sidney) and Serena (Demi Singleton). Along the way, we learn his origin story as a tennis paterfamilias: Richard Williams decides his unborn daughters will be tennis phenoms after watching Romania’s Virginia Ruzici win about $40,000 in prize money. Because the audience already knows the end of the story in the Williams sisters’ success, King Richard faces the challenge of depicting the how without making it seem too easy.

It’s a test the film largely passes with flying colors. In the vein of other popular sports-centered films that deal with race, such as Remember the Titans or Glory Road, racism functions as a collective antagonist. The audience sees a montage of nameless, middle-aged white men staring blankly at Richard Williams as he proposes to make them rich if they coach his daughters. Gatekeeping—literally and figuratively—in the wealthy, white world of tennis threatens to shut the door on Richard’s plans. Race is primarily a toothless force within the action of the film, however; Richard only describes the racist violence he endured in Louisiana in a scene with Venus.

Still, the film is not completely devoid of violence. Without explaining that Richard Williams chose to move his family to toughen them up in the notoriously rough city of Compton, King Richard underscores the dangers the Williams sisters faced there. Gang members left Richard bloodied, knocking out his teeth and breaking his ribs and nose. He takes the punches without much protest to protect his daughters from the streets. In these scenes, where Williams lies slumped along a cracked, glass-littered tennis court, we are made to understand the film’s true strengths. King Richard becomes a paean to the visionary power of Black fatherhood when his blood is spilled.

Regardless of our knowledge of the happy ending, King Richard succeeds in drawing us to root for the Williams family to beat the odds against them—the specter of both genteel and bloody racism, the gang violence that threatens their neighborhood. In an interview with Entertainment Weekly, Smith lauds Richard Williams for his courage to “try to sustain a dream at the edge of survival.” It is one thing to say your unborn daughters will be tennis champs when you don’t even know how to play tennis yourself. Williams literally put his blood, sweat, teeth, and bones into his vision. Their success lives in the power of his word secured by flesh; never do we doubt the ability of young Venus or Serena. Through Smith’s spirited characterization, we experience Williams as a shrewd, funny, determined, and affectionate father who makes no apologies for who he is or what he wants. He told anyone who would listen that his daughters would one day be great. For him, their very breath evidenced their potential. We understand, then, the source of the dauntless tilt of Venus’ chin when she says in the film, “I’d like to win Wimbledon, as many times as I can win it. More than any man, woman, and Juniors ever did.” That certitude is her inheritance.

Arguably, King Richard’s most electrifying moment occurs a little more than halfway through, in the reenactment of an ABC News ‘Day One’ interview Venus did with reporter John McKenzie in 1994. Richard Williams interrupts the interview when McKenzie presses Venus about the source of her confidence. “You’re dealing with a little Black kid. Let her be a kid and leave her alone,” he snaps. In a 1999 Sports Illustrated feature, S.L. Price writes, “[Richard Williams] says that pro tennis is detrimental to all families but that his is too strong to be damaged by it.” Once again, the visionary prophesied correctly. He was the consummate protector of his children’s physical and emotional well being.

The audience sees a montage of nameless, middle-aged white men staring blankly at Williams as he proposes to make them rich if they coach his daughters. Gatekeeping—literally and figuratively—in the wealthy, white world of tennis threatens to shut the door on his plans.

The ensemble cast of King Richard replicates the warmth visible in any of the countless interviews available of the Williams family, including with their mother, Oracene “Brandy” Price. In her role as Price, Aunjanue Ellis raises perhaps the only criticisms of Richard Williams that restrain the film from complete adulation. She makes mention of abandoned “other children” in an argument, and asserts herself as a key player on the road to their daughters’ tennis super stardom. Richard seems to be right about everything at every turn, but his wife provides a mirror the film does not allow us to gaze into for very long. King Richard also does not question if the Williams sisters felt (as Naomi Osaka does) constrained at a young age to become a “vessel” to their father’s dreams for them, nor does it depict some of Richard Williams’ more controversial training methods.

King Richard ultimately crowns its primary subject with honor for seeing greatness in little Black girls from Compton when no one else would. Williams once told Sports Illustrated, “Most people don’t know nothing about me ‘cause when I’m talking I always talk like I’m stupid.” This film, produced in part by three of his daughters, provides another narrative about the Black, Southern man the media has called eccentric and weird. And in a story about the upbringing of Black children who excelled through the power of vision, love, and effort, King Richard shines a much-deserved light on devoted Black fathers.

Read this Next: Human First 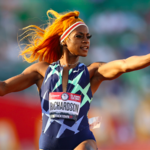 by Njera Perkins
Discrediting Black women athletes is par for the course in sports.