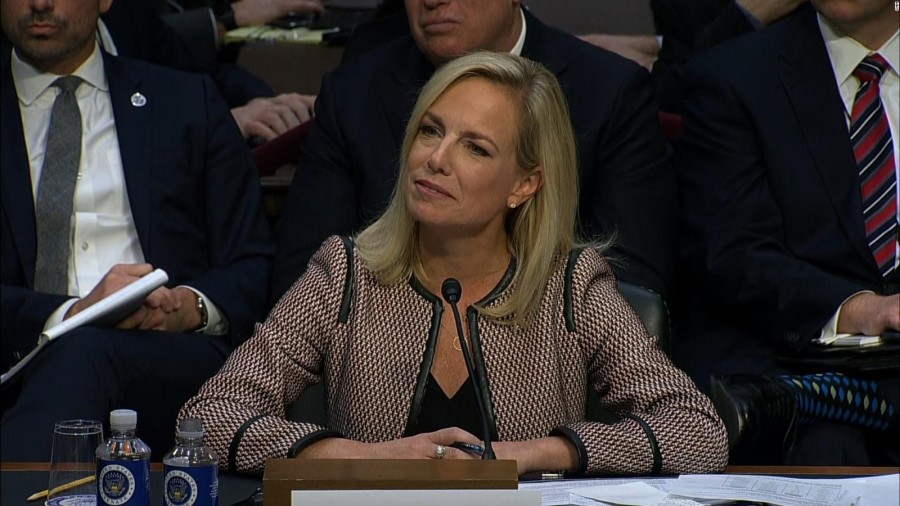 Did Trump say he doesn’t want immigrants from “shithole” countries? Of course he did. Let’s not waste time debating it: The president of the United States is an unrepentant racist. There is no rock-bottom for his racism and bigotry. Every time we think we might have reached it (pardoning and praising racist sheriff Joe Arpaio, calling white supremacists “very fine people”), there’s a whole other level of muck, mire, and hot trash below it.

Every time Trump takes a shit that’s so smelly he feels like he needs to cover it up, a lackey appears to do it for him. This week, that lackey was Homeland Security Secretary Kirstjen Nielsen. She first stopped by Fox News, Trump’s prefered network, on Monday to defend his bigotry. To his credit, host Chris Wallace pushed back and made the point that it’s not credible that Nielsen could be in a meeting and not recall whether or not the president used the word “shithole.”

“It was an impassioned conversation. I don’t recall that specific phrase being used,” she answered. “That’s all I can say about that.”

On Tuesday, she appeared at a Senate Judiciary Committee hearing to answer questions about DACA and homeland security—but mostly about whether Trump called whole swaths of the world shitholes.

Nielsen came to that Senate hearing prepared with a variety of euphemisms to characterize what she heard, including “strong language,” “tough language,” “impassioned conversation,” and “rough talk.” But did she hear the word “shithole”? Would it surprise you to learn that she cannot recall?

Both Republican Senator Lindsey Graham and Democratic Senator Dick Durbin, who were present at the meeting and say they heard the president use the word “shithole,” questioned Nielsen. But Nielsen still could not recall what words she heard, other than that they were rough-and-tumble, lotsa-swearing tough talk. Nielsen finally admitted that she heard “general profanity” in that meeting, but again, couldn’t remember what she actually heard.

Sen. Durbin pointed out that the “general profanity” came from Sen. Graham while repeating what the president had said to disagree with him.

The hearing got even better when Senator Cory Booker and Senator Kamala Harris had their chance to rip Nielsen apart. “Your silence and your amnesia is complicity,” Sen. Booker told her.

Sen. Booker has since said that he believes that Nielsen perjured herself during the hearing:

She was an American citizen under oath before the Senate Judiciary Committee and she pretended like she didn’t remember, she couldn’t remember, what the President of the United States, the Commander in Chief, her boss was saying. She didn’t remember Lindsey Graham, who challenged the president on his vile words yesterday. It was so offensive to me that she lied under oath.

Every day, we are reaching new lows. Characterizing blatant racism as passion or merely “toughness” is low. Perjuring yourself in front of the Senate to protect a bloviating and rotten orange with hair is low. Asking Americans to believe that if the president said the word “shithole,” you might not be able to recall it is low. There is nothing lower than the racism of the president of this country, other than those who knowingly try to clean up his messes with lies.

Relevant: "No Mas Bebés" Retraces the Stories of Mexican Women Who Were Sterilized Without Consent 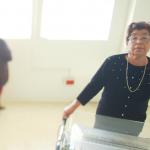 by Emilly Prado
In the 1970s, the LA county hospital sterilized the women after they gave birth by C-Section.