The Seattle Times has compared rapper Komplex Kai to Tupac—easily understood when you listen to his music. Like the late-great rapper, Komplex Kai uses music to delve into and explicate the pain in his life. He also champions justice for marginalized groups, including Native Americans. Much of this stems from his experience as a native of the Tulalip reservation in Washington State, which also shows up in his music.

In this interview, Komplex talks to Bitch about his popular freestyles, the Dakota Access pipeline, and finding his sound.

“Still” has a beat that’s full of bass. What was your motivation for creating the song?

The beat was made by Anno Domini. I told them I wanted a track with a lot of energy, and he delivered it. As soon as I received the beat I knew what I wanted to do with it. It became “Still.”

I’ve been listening to your previous work, including “About the Rez,” which really stuck with me. It sounds very West Coast-influenced, like a beat that Warren G would’ve rapped over, but the lyrics themselves speak to your own experience as a Native. How did you figure out your sound?

[It was] a lot of hours in the studio coupled with a lot of hours of just listening to and studying the music I listened to growing up. I feel like over time your sound will develop if you just continue to work and “paint” so to speak. Your art will take on a life of it’s own and you will grow into the artist you’re supposed to be with a sound that is your own. 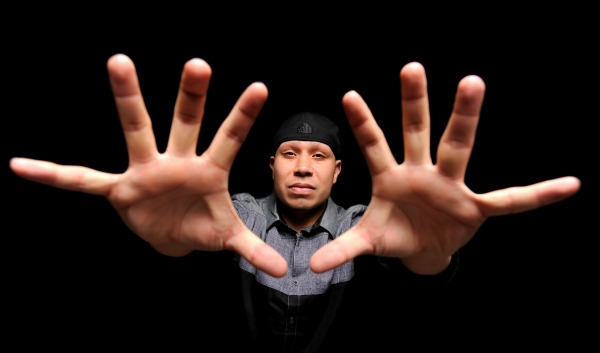 Who would you consider your musical influences? I ask because your flow doesn’t sound like it belongs to any one region. How did you decide on your sound?

Hip hop in general was my musical influence, and I think that’s why my sound doesn’t sound like just one thing. Again though, the West Coast was a huge influence in my early years. I still put on some NWA and Dr. Dre to get me pumped. I’ll still throw on a bunch of Tupac, Eminem, and DMX to motivate me. [Rap music] keeps me on my toes. As far as my sound, I go off what I’m feeling in that moment. I could rap over any type of beat at any given time if I’m feeling it.

When did you know creating music was your calling?

I’ve been writing raps for almost two-thirds of my life, so it was always big to me.  I was probably 15 or 16 [when I knew] it was something that I would never stop doing. I knew [creating music] was for me because of the way it let me express myself and the feeling it gave me. I was writing before that, but I couldn’t get enough of the feeling that creating an album—or at the time a demo with 16 or 17 tracks—gave me.

You seem to draw a lot of your music from your personal experiences, especially being a member of the Tulalip Tribes. On “About the Rez,” you speak about being proud of it. How important is it for you to use your music to highlight Indigenous experiences? Is it something you consciously do?

It’s something I naturally do. Who else am I gonna rep? That’s me. That’s who I am, so I feel in letting everyone know who I am and where I’m from, of course it’ll lead to highlighting some of those things. I am very proud of who I am and where I’m from, and I’m proud to do my part in whatever way I can in sharing our stories and contributing to cementing a place in this game—or just in general—for us.

How can those who aren’t Indigenous become more involved in fighting for Native rights? The Dakota Access Pipeline protests are a good start, but what else can we do to stand in allyship with Native Americans?

I’d say just research and reach out. Treat it the same you would any other cause or fight you believe in. Talk to people from these rez’s, your state or city, have an open mind, and take action on what feels right for you. 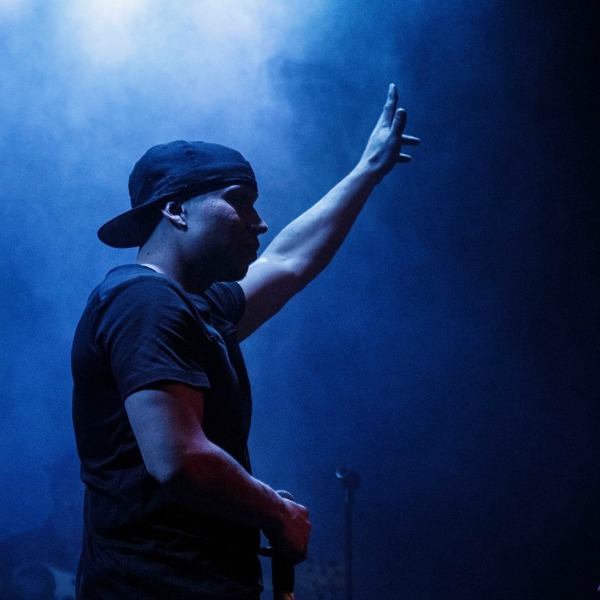 “Do Right” is such a personal song. It really delves into parenting, and some of your regrets and fears. How do you draw boundaries in your music? How do you decide what to share and what to keep for yourself?

I share everything in my music. I guess whether I release it or not is another question. To go back to when I knew [making music] was my calling, being able to express myself was a big part of it. [Music was] my outlet. I write what I feel, and I don’t like putting boundaries on that. There are some songs that have had some real personal issues or information that I’ve held back and kept for my own listening purposes, but during the creation process I never hold back.

Hip hop is sorely missing freestyles, in general. There’s really no place where that’s being showcased. What prompted you to begin releasing freestyles every week?

I think there’s still some cool ones out there. Like Sway In the Morning has some freestyle segments, [Tim] Westwood has had some pretty classic ones. There still could be a lot more though. It was something I did a while ago. My first freestyle Friday on YouTube was done in like 2013, and I didn’t release week two until December 2016, so I definitely took a little break [laughs]. But it felt right when I decided to do week two, so I just kept going. It’s brought me a lot of new fans and a lot of awareness to my music so I’m appreciative of that. A lot of good material also came from it.

What comes next for you in your career? Do you plan to release an album? If so, what’s the timeline for the project.

I’m hoping everything will be wrapped up on this new project before the end of summer. Within the next month, I’ll have more videos to release from the album. That’s what I’m doing now is planning all of that for release along with doing the writing and production of the album, which is a process I never like to rush, but it seems to be pretty free flowing at the moment so it shouldn’t be a problem. [It’s] coming soon!

Editor’s note: This interview has been condensed and edited for clarity.

The surreal and brilliant show Black Mirror forces us to think about the way technology shapes our emotional lives.