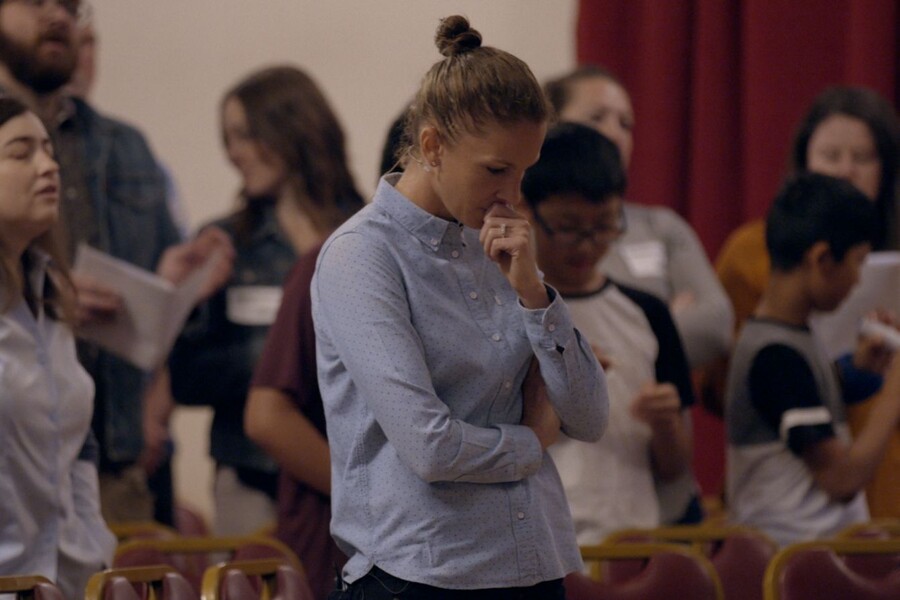 If good ethnography seeks to render the familiar strange, then documentary film succeeds when audiences leave the theater with more questions than answers. Such is the accomplishment of Kristine Stolakis’s debut feature, Pray Away, a retrospective on Exodus International, an interdenominational ex-LGBTQ Christian organization that sought to help people who wished to curtail their homosexual desires. Tracing the parabolic arc of their queer psychologies—from being ashamed of themselves to being ashamed of their actions—Pray Away cracks open the duality of “belonging,” illustrating that it’s as much a vulnerability weaponized by the powerful as it is a transcendent force for personal and collective liberation.

Pray Away offers rich fodder for discussing contemporary social issues such as the politics of sexuality, marriage, and representation; speaking with Stolakis underscores the depth of this documentary’s engagement with questions of community, acceptance, and self-actualization. Pray Away is salient because it not only centers queer subjectivity but demonstrates that these problems are, above all, deeply human.

This is your debut feature film, so I was wondering if you could speak to me about your process and inspiration for the film. What will you do differently in the future?

I came to this topic through personal experience: My uncle went through conversion therapy after coming out as a trans child. This was in the 1960s—every therapist was essentially a conversion therapist at the time. [My uncle] suffered from a devastating series of mental-health challenges—depression, anxiety, suicidal ideation, addiction—as a direct result of his experience. Though I got to know him during a long period of good mental health and sobriety, he ultimately died thinking his mental facilities failed him because of his transness, rather than [because of] the efforts to convert. I decided to honor his life by committing my first film to the conversion therapy movement, and when I started doing research I was struck by the fact that the majority of people who run conversion-therapy organizations are actually LGBTQ individuals themselves, who claim to have changed from gay to straight or trans to cis. It unlocked for me a deep understanding of why my uncle was brought into this; I was able to see the depth of his hope, his trauma, and his self-blame. Making a documentary film about the ex-LGBTQ movement helped me align my interest in power and politics with the conversations about oppression and suffering that are dominating our world right now. For my next project, I’ll be looking into the lives of middle-school girls; I want to interrogate how mental health interacts more explicitly with politics and systems of oppression.

I love how you situate sex and sexuality within questions of community and belonging. It’s particularly  ironic that these queer people find that sense of community for the first time through anti-queer religiosity. Beyond being a testament to sexuality as a social construction, what do you hope Pray Away teaches us about sex and sexuality?

Belonging is one of the most transcendent feelings we can have as humans; its lack can be utterly devastating. I witnessed that firsthand with my uncle—he chose to be celibate his entire life. So to your point, loneliness is deeply powerful; when these individuals find this microcosm within their religious community, they become intoxicated. It functions like addiction—that initial euphoria is replaced with damage and trauma as they get swept up in attempts to change who they are and the internalization of these pathologizing messages about queerness. Searching for belonging can actually manifest self-harm and self-hatred.

I will say one thing I felt the movie did treat as a palliative was marriage. Your movie culminates in discussions of Proposition 8 and ends with a queer marriage, which suggests that  these movements were central to its subjets and their  ultimate processes of becoming. Do you think Pray Away essentializes marriage as a liberatory paradigm?

I want to stress that marriage is central to the film without the film being about marriage. Yes, the film ends with a survivor, Julie, marrying another woman; however, for me, that scene was about Julie finally getting to celebrate who she is with a community of people who love and accept her, no caveats. Marriage was incidental; for Julie, it just happened to be—based on her religious upbringing and personal desires—where she found that sense of belonging we were discussing earlier. Overall, though, I and my team agree on, and have discussed explicitly, the overemphasis on marriage in LGBTQ activism.

At one point in the movie, John Polk, a leader in the Exodus movement, says, “I didn’t feel like I could be honest [about who I was and my self-doubt] because I’m not just sitting here representing myself, I’m representing the whole movement.” The limits of representation are an increasingly tendentious topic right now. How do you think documentary film, and this film specifically, create opportunities to overcome the dishonesty inherent in representation?

This really comes to a head in my film as people’s personal stories are used to represent an incredibly damaging message. That conflation between personal story and movement is a reason—not an excuse—why it took a lot of leaders so long to leave the movement. They feel like personal failures because they know they aren’t going to change but that they represent hope for other people. The problem is that hope is false hope, and it’s easy to get trapped—financially, psychologically, or otherwise. It demands the individuals representing the movement be static; they can’t change. This taps into our larger, persistent culture of homophobia and transphobia. Detransition, for example, has become an increasing point of reference in cultural conversations, including those promoting the avalanche of anti-trans legislation sweeping our country. There are political consequences to personal change; in the case of our film, for the religious right, but also other types of spaces, including progressive ones.

Belonging is one of the most transcendent feelings we can have as humans; its lack can be utterly devastating.

You mention financial entrapment. Where is the money in this? Who stands to gain?

When homosexuality was declassified from the DSM in 1973, a small number of licensed therapists continued to push the now disproven pseudoscience of conversion. Though a largely religious movement, the ex-LGBTQ movement relies on licensed therapists that have white-coat authority and give it legitimacy. That suggestion that [a gay person] is both spiritually and psychologically sick is extremely toxic. It’s incredibly traumatic. I saw this with my uncle. He was an incredibly smart man. I remember combing through his place after he passed away and finding countless psychological brochures and clinical white papers about the “science” of conversion. He lapped up that type of research, and I don’t know if I’ll ever be able to put into words what it was like finding those readings in his home.

This is where the money goes—to the conversion therapists. The leaders of the ex-LGBTQ movement actually sacrificed so much to make the movement a reality. They took second jobs, refinanced their homes—they really believed in it. It’s the therapists, taking on bounties of ex-LGBTQ ministry clients, who need to take a hard look in the mirror.

I want to say that while states can ban conversion therapy, they can only do so for licensed practitioners; they can’t stop religious institutions. The law can only take us so far; true change will require ongoing dialogue and genuine shifts of mind. That is the goal behind Pray Away. 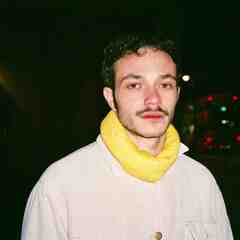 Reece Sisto is a freelance journalist based in NY. He spends most of his free time reading and complaining; for more of the latter, check out his Twitter. He also co-hosts Mind the Gape, a podcast about queer sex and intimacy, available on Spotify and Apple Podcasts.