Queer Representation in Congress Won’t Save Us 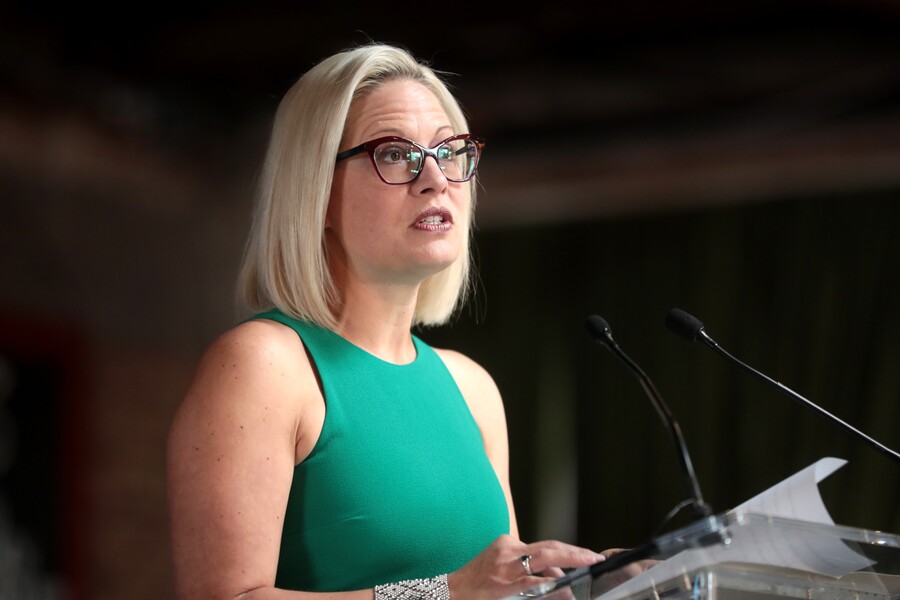 In 2018, Kyrsten Sinema became the first openly bisexual person elected to the United States Senate. Sinema is also Arizona’s first elected female senator and its first Democratic senator since 1995. A result of 2018 midterms’ so-called LGBTQ wave or “rainbow wave,” Sinema’s election was hailed a victory for bisexual people: “To have out bisexual officials be elected to public office signifies that we have made progress in our understanding and acceptance of bisexual people,” bisexual advocate and editor of Bi Women Quarterly Robyn Ochs told NBC News. “Our cultural mainstream understanding and acceptance of lesbian and gay people has progressed much more than our understanding of bi and trans people, and this election cycle has been really important.”

Despite the lofty promises of female bisexual representation in the Senate, last week Sinema was one of eight Democratic senators who voted to reject the inclusion of a $15 minimum wage in the $1.9 trillion COVID-19 relief bill. A video of Sinema giving a thumbs-down to the bill on the Senate floor went viral as enraged commentators remarked how gleefully she rejected a policy that would give 19 million women across the United States a necessary and life-saving raise. Overall, 32 million people across the United States would receive an increased wage if the bill passed. Hannah Hurley, a spokesperson for Sinema, has pushed back against the outrage, saying in a statement to HuffPost, “Commentary about a female senator’s body language, clothing, or physical demeanor does not belong in a serious media outlet.”

The implication here is that noting how merrily Sinema struck down the bill—a bill that Democratic leadership was working to pass through the process of budget reconciliation because it allows them to circumvent the filibuster rule that would otherwise prevent the bill from ever being brought to the floor for a final vote—is sexist. The argument prioritizes Sinema’s personal feelings over the actual lives and livelihoods of Americans; in her own state of Arizona, the minimum wage increase would affect more than 800,000 people, according to analysis by the Brookings Institution. In an attempt to explain her vote, Sinema tweeted on March 5, “I understand what it is like to face tough choices while working to meet your family’s most basic needs. I also know the difference better wages can make…. Senators in both parties have shown support for raising the minimum wage and the Senate should hold an open debate and amendment process on raising the minimum wage.” But her statement begs the question: If she understands how tough poverty is, why didn’t she vote for raising the minimum wage rather than leaving it up for open debate?

Sinema’s vote and the attempts to shield her from the resulting criticism through claims of “sexism” is the latest example of politicians weaponizing identity without considering the material realities of that identity. While Sinema found it appropriate to characterize the response to her vote as sexist, the people in her very own community are in dire need of a higher minimum wage. According to a study by the Center for American Progress, women are disproportionately concentrated in minimum wage and other low-wage jobs and LGBTQ women specifically are more likely to live in poverty than LGBTQ men or non-LGBTQ women. Women of color are twice as likely as white women to work in low-wage jobs, and in an increasingly precarious job market, since most people who lost their jobs during the pandemic were women of color. Also according to the Center for American Progress, a greater share of female same-sex couples have household incomes less than $50,000 than married opposite-sex couples or male same-sex couples.

Nearly one in three bisexual women ages 18-44 lives in poverty, and yet bisexual senator Kyrsten Sinema voted against raising the minimum wage.

Raising the minimum wage would overwhelmingly benefit women and, consequently, it would benefit queer women who cohabitate. According to the Economics Policy Institute, 59 percent of workers whose lives would improve from a $15 minimum wage are women, with nearly one in four of these women being Latinx or Black. According to the Center for American Progress, nearly one in three bisexual women ages 18-44 lives in poverty, and one in five LGBTQ women living alone lives in poverty. While some studies say that $15 an hour won’t be enough for many U.S. families, the raise would have a significant impact on the gender and racial pay gap and start a necessary process of wage redistribution. The current $7.25 minimum hourly rate was set in 2009, which means minimum wage workers have lost about $3,000 a year due to the rising cost of living, according to the Economic Policy Institute. As Sinema uses her identity as a woman to cynically dismiss the very fair and necessary criticism about her vote, women of color and queer women will struggle to make ends meet this month, and for every month in the foreseeable future until the Senate holds an open debate on raising the minimum wage.

While it may have been exciting to witness Sinema become America’s first openly bisexual senator and watch her use of colorful wigs on the floor, her latest vote begs the question: How valuable is bisexual representation in the Senate if the bisexual woman in question is voting against the best interests of queer women at large? What is the use of representation if it does not translate to material changes for the people who inhabit those identities? There’s no use in “trolling” Mike Pence through a blatant display of queerness by wearing a pastel purple wig and a tiger print coat if Sinema doesn’t vote in the best interests of queer women who aren’t white and wealthy. Bisexuality then becomes simply a performance, giving bisexual voters who may have seen themselves in her little reason to support her at all.

The bisexual representation Sinema’s election promised has become empty and even dangerous as she reduces “sexism” to a matter of hurt feelings rather than systemic oppression—far from the first time a white woman has tried to benefit from such a move. The left wasn’t angry at the fact Sinema is a woman or that she voted in a “feminine” way—whatever that means; they were angry at how flippant her vote against lifting millions out of poverty came across when she has openly used her identity as a bisexual woman to stand for positive representation. There’s a human cost to Sinema’s vote, and it’s a human cost that will be most severely felt by the very communities she claims to represent. The real sexism we should be worried about lies not in the hit to Sinema’s ego, but in Sinema’s damage to millions of women’s lives as they struggle to afford housing, feed their families, and pay for healthcare during a pandemic.

Read this Next: What Sarah McBride’s Election Means for Trans Visibility 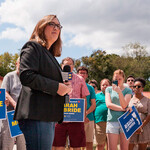 by Samantha Riedel
Even as trans politicians make gains, the reality of political visibility isn’t that easy.