The Lab is Not Neutral | Bitch Media

The Lab is Not NeutralWhy We Need Scientific Literacy 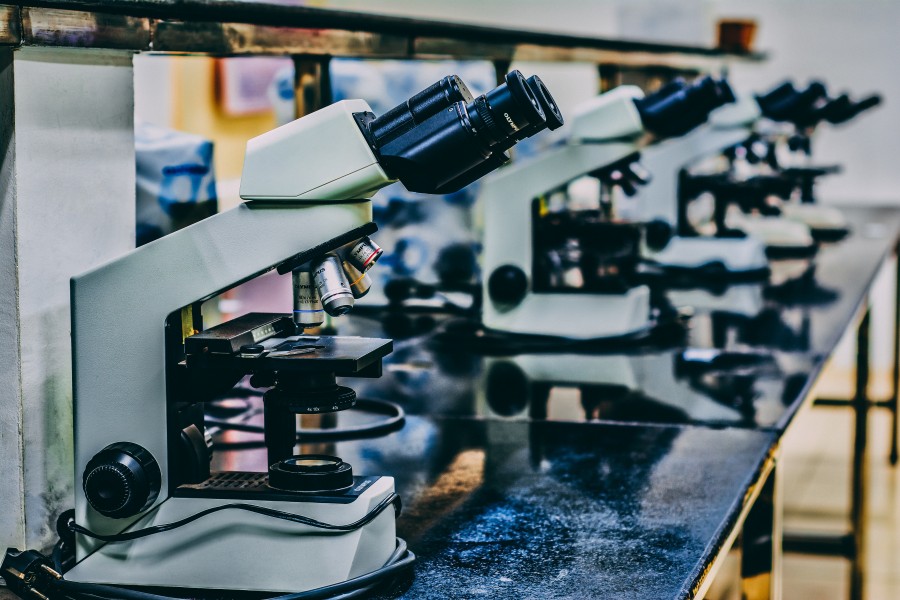 I regularly hear—or overhear—people talk about how ignorant people in the United States are when it comes to science. Michael Moore goes off to Finland to gape at the country’s lack of homework assignments; political leaders on the right demand privatization of public schools because the public ones are failing (they’re not, by the way; like most things in the States, they’re deeply affected by racial and socioeconomic segregation). And the anti-science political climate here has been especially compounded in the last ten years, driven by both Democrats and Republicans (but mostly Republicans)—just look at the way Trump has dealt with the EPA and other organizations since he took office.

Nowhere is there more lamentation than when thinking about science, technology, engineering, and math (STEM) education. Verizon recently decided to give the money from its tax break to schools in the hopes of a more tech-literate future; there’s an argument to be made about the lack of STEM teachers and the ability for those we have to continue their own education. A lot of the conversation focuses on just who receives that education: Girls are still less likely to pursue careers in STEM, as are people of color. All of this compounds into what happens when we’re functioning members of our societies: One study showed that 75 percent of scientists surveyed from the American Association for the Advancement of Science blamed insufficient STEM education for the lack of science literacy in U.S. adults.

Still, the Pew Research Center claimed in 2015 that when it comes to science, the U.S. public isn’t as hopeless as we think. According to them, while both professional scientists and the general public believe that, when it comes to STEM, the U.S. education system is either average or below average compared with other industrialized nations, adults in the United States are actually able to answer, on average, 8 out of 12 questions regarding basic science knowledge. And in 2016, the U.S. National Academies of Science, Engineering, and Medicine reported that community literacy—people learning about issues from their communities and coming together to take action on important issues—is higher than the AAAS scientists give it credit for.

As a former scientist, I spend a lot of time thinking about science literacy—what it actually means, and how to address and teach it—and I think what we do and don’t know, individually and collectively, is ultimately irrelevant to scientific literary. Science literacy isn’t based on the arbitrary amount of scientific information you may or may not know—I learned more about the human body and body decomposition from the TV show Bones than any of my classes—but rather, on how likely you are to question what you’re reading and do further investigation. When we say media literacy, we’re talking about not just accessing media, but also analyzing it. It stands to reason that science literacy should work the same way. And the way I see it, science literacy isn’t about your knowledge. To be science literate is to know how to analyze the “science” you’re presented—to understand the real questions researchers asking, the biases of both the researchers and the source presenting the research to you, and whether the data matches up with what the authors say. Scientific literacy is really a more specific form of media literacy.

And really, this is important because, contrary to popular belief, science isn’t performed in a vacuum. Many people use science as a way to deflect political, moral, ethical, and social questions—because science, they claim, is the capital-T truth. But after spending seven immersive years as a scientist—specifically, a biologist; more specifically, a neuroscientist; even more specifically, a neuroendocrinologist; even more specifically, a behavioral neuroendocrinologist—I can tell you with a lot of confidence that science is as flawed as we are, because science is performed by humans. The projects that get funding, the types of questions we ask, how we ask those questions, the assumptions we bring to the table—all of this is subject to the biases of people, which are shaped by our societies, politics, and inherent worldviews. Science is necessarily political. Science cannot be separated out from the rest of the world.

Think about it: scientific “advancements” have been brought by men—white men. White men who were sometimes scorned by their communities, sure, but white men nonetheless. Anyone who wasn’t a white man was shunted to the sidelines of history, if not erased altogether. Watson and Crick discovered the structure of DNA, right? Wrong. Rosalind Franklin did more than just “contribute” to the discovery—it was her image of the double helix, practically stolen by the pair, that allowed them to pull the rest of the pieces together.

Science is full of these stories. Why was the movie Hidden Figures so groundbreaking? Because it finally pushed past the curtain of whiteness and maleness that shrouded scientific history and achievement. But the fact that stories like this still emerge to great surprise and fanfare is crucial, because our perception of history tells us what to expect. Both women and people of color have been involved in the sciences—we’ve just always seemed like exceptions.

We need to remember this history when we talk about science literacy, because the real problem isn’t that people don’t “know” enough science; it’s that they don’t interrogate what they think they know, and that impacts and limits the things they learn. People assume science, that all-encompassing field, works the way we’re taught in high school, if they assume anything at all. And such science is basic at best, outright wrong at worst: There are more than two genders. Genetics is more complicated than a Punnett square. And the technology that is necessarily intertwined with these advancements does a lot more behind closed doors than we might first think.

Science is not only not neutral, it necessarily cannot be neutral. Just look at the ways science has been used—and continues to be used—to justify racism. Science is regularly deployed to shame and antagonize fat people in the name of health. As a trans person, I’ve been told multiple times that there are only two sexes—a claim refuted by a growing body of research. Science cannot be neutral because the people—and the institutions—who study, fund, and amplify science bring their own biases, histories, and assumptions to its study.

As the 2018 Bitch Media Fellow in Technology, I’m using this mindset to ask questions about the intersections between marginalizations and science/technology. What is the life cycle of a research project? Why are certain research projects funded and others aren’t? What happens to both the general labor force and the scientific one with advances in technology? How does our discourse around and language used for science and technology differ with audiences and intents—and why? Can we address accessibility and advancements in technology without necessarily discussing identity and oppression, especially when talking about disabilities?

Critical analysis of scientific research, especially when it’s learned through science journalism and not via a primary research article, is necessary for the same reason that media literacy is necessary: Without questioning the things we learn through the media, we’re buying into the biases of the reporter, of the scientists. Not everyone can look at data and understand what’s happening, but as readers, it’s also on us to think critically about what we’re being told. Every journalist has a bias, even when “objectively presenting facts.” It’s also true in science journalism, and it’s a side-effect of being human. So when you see that article on how breast milk is causing autism, pause for a moment to question how true that might be. (We even have a great post walking you through how to do that.)

I hope we can have these discussions with nuance and thoughtfulness in a space where people can admit when they don’t know or understand something. Science is hard—the gatekeepers will proudly tell you that—but that doesn’t mean it has to be foreign. Graduate students don’t wake up learning how to read a peer-reviewed journal article or how to ask questions that the scientific method can try to answer; they’re trained over their years of graduate study. Likewise, if we insist our journalists have some sort of rudimentary understanding of the scientific method and statistics, if nothing else, we’re more likely to get stories that aren’t misleading. Journalists might not have set out to be teachers, but it’s the unintended consequences of their jobs.

During my tenure here at Bitch, I hope to ask these questions and be critical together. I hope you come away from my articles wanting to challenge me. I hope they drive you to do you own research. And I hope—really hope—that this critical mindset permeates throughout our culture and to our kids, so that the next generation is prepared to face the technological advancements of the future with it in hand.