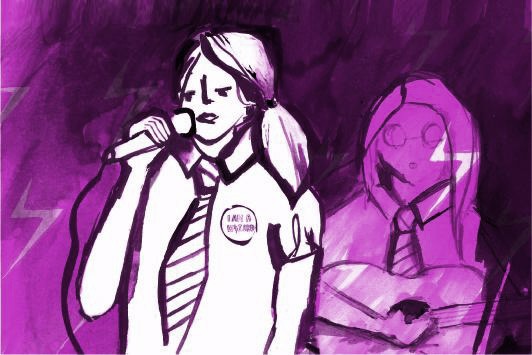 You only have to look to the history of Star Trek– inspired music—ranging from surf-punkers No Kill I to the Klingon heavy-metal band Stovokor—to see that fantasy and science- fiction fans have made music devoted to their obsessions for generations. Nothing in the history of fandom, though, can compare to wizard rock, a thriving subculture of musicians and fans devoted to Harry Potter–inspired rock 'n' roll. But don't let the name fool you: It's witches, not wizards, who dominate this scene. More than half of the hundreds of musicians and the vast majority of wizard-rock fans are girls and young women; “wrockers” write and produce their own records, organize hundreds of concerts each year, create and sell their own merch, and participate in social justice and charity work. “From the get-go, I think the majority of our fans were teenage and college-aged girls,” says Paul DeGeorge, who, along with brother Joe, began writing and performing as Harry and the Potters in 2002. “And then as wizard rock started to grow, it seemed like a lot of those girls were like, 'Well, I can do that, too.'” For girls and women, the attraction to wrock is about more than making music: Women have also been largely responsible for cultivating the community. Freya Fridy, editor of Wizrocklopedia, wrock's online hub, notes, “There is someone for everyone to relate to. Tying it in with your real life isn't that difficult, even though it's a completely different world than ours.” More important, though, wizard rock provides a supportive and noncompetitive space. “The whole DIY aspect of the community lets people try it out without feeling pressured,” says Fridy. But plenty of DIY communities, especially within the indie music scene, are male-dominated and less than female-friendly. The difference in wizard rock is the sheer number of women and girls making the music, and the extraordinary amount of encouragement wrockers and fans provide each other. Many men who are involved in wizard rock actively support their female peers, and the vast majority of wrock music avoids demeaning or stereotypical treatments of women. Wizard rock has also paved the way for Twilight rock, a small but growing collection of musicians and bands devoted to making music inspired by Stephenie Meyer's bestselling series. Mostly made up of solo acts and acoustic bands who sing from the perspective of the novel's many characters, Twirock is overwhelmingly (and, given the book's fan demographics, unsurprisingly) dominated by women. Katie Parr of the band Bella Rocks! says, “Obviously, Twirock is a branch of wizard rock. We're still in our young stages, but we are related to them in almost every way.” But Twilight rock doesn't seem to have the momentum that wizard rock had at the same time in its history, leaving one to wonder if Twilight's female-dominated readership hinders the growth of its fan-based musical movement. Most wizard and Twilight rockers will acknowledge that the treatment of women in their source materials is problematic, and some wrockers have also raised questions about gender issues in the scene. While the majority of wizard rockers are women, the biggest names in the movement tend to be male groups, including Harry and the Potters and Draco and the Malfoys. For the most part, all agree that this is a function of age and opportunity: These are well-established bands who can tour and promote themselves full time. But when Tina Olson, who performs as DJ Luna Lovegood, raised questions on a popular wizard rock Facebook group about gender issues—why, for instance, so many headliners are male and why many popular female groups tend to replicate mainstream standards of beauty—many wrockers responded defensively, and some even suggested that raising questions about gender and popularity was antifeminist. By and large, most wrockers are adamant that questions like Olson's simply shouldn't be put to their community. And sisterhood is not quite as powerful for female Twirockers as it is for wizard rockers. Although there's no open feud, and a few wizard rockers even have Twirock side projects, Twirockers are often received in the same way that the public tends to characterize all Twilight fans: as screaming, silly girls. And wizard rock and Twilight rock rarely share the same stage. A recent AccioCon convention attempted to bring the two fandoms together and featured musicians from both movements, but it was not enough to convince wrockers that Twirock is as meaningful and community-minded as wizard rock. Still, there's something very powerful happening here. The short-term result of these movements is a growing collection of music for young women written by their friends and peers, as well as an ongoing discussion about the role of women in the stories that inspire them. The long-term legacy, though, could end up being something altogether bigger: As these women wrockers move beyond the worlds of fandom, they'll take their musical and entrepreneurial skills with them, and that just might equal some awesome, real-world magic.

This article was published in Consumed Issue #44 | Fall 2009 Subscribe »

Thank you for putting so much of our heart and soul as a community into this article. I want to make it clear to any and all readers outside of the Wizard Rock Community that you really hit the nail on the head here. While we would love for everything to be sunshine and daisies all the time, there is still conflict on occasion (as seen by the discussion brought up by Tina Olson) but in the end, this community is learning to see the value in these more rigorous discussions. At least, I certainly believe it is as a whole.

So thank you for seeing the women in Wrock for who they truly are and what they represent and for portraying it so beautifully here.

Interesting article. I'd agree that the reason most of the big wrock bands are male is because those guys were mostly established first and have more time to devote to it, but there are plenty of girl bands I'd put at the top tier - I'd call the Moaning Myrtles one of the top 5 biggest names in wrock, and the Parselmouths, Butterbeer Experience, and RiddleTM are three other very well respected female wrock bands. As per Tina's question about female wrockers replicating traditional standards of beauty, should girls like Lauren, Nina, and Kristina (and others of course, all you wrock ladies are lovely :)) apologize for being talented and beautiful? Attacking them because they are good looking girls is really silly and I would completely agree with the anti-feminist sentiments... I think the wrock community as a whole, girls and guys, is great about looking outside of what people look like and instead seeing their talent and what they offer the community. I really don't think wrock is sexist in the least.

Also, I wouldn't call twirock a type of wizard rock because, well, there are no wizards in Twilight. Regardless of the fact that some of the twirockers want to attach themselves to the wrock scene, so many HP fans are so adamantly anti-Twilight that it won't work out too well in the long run. If the Twilight music community is going to sustain itself, it will have to develop it's own fanbase. Many HP fans, like myself, see Twilight's main relationship as unhealthy and find many, many problems in the series. It kind of bothers me to see the two lumped together, to be honest, because while I feel like Harry Potter has morality and literary merit I can stand behind, I feel like Twilight lacks pretty much any redeeming qualities whatsoever.

Tammy, I am so glad that you came upon our bit of the HP fandom, and did a piece on it. <i>Bitch</i> is one of my favorite magazines while Wizard Rock is my favorite past-time. It means a lot to me that someone would recognize and commemorate not only the hundreds of fangirls (who <b>do</b> make up a large part of the community), but the dedicated and talented female musicians who perpetuate gender equality and female power/empowerment (be it by lyric or demonstration) within the Wizard Rock community, continually inspiring other women to do the same.

First off, I think this article is really well written, I don't know how involved you are in this particular fandom, but usually people who write articles about Wrock either make it sound like some silly little thing a [fairly small] bunch of teenagers are doing to pass the time, or they focus solely on the Big name Male bands.

But one thing I want to point out is, I don't think a lot of the female wrockers do "replicate mainstream standards of beauty" While I would never say that they aren't attractive, because they definitely are, but a lot of them, like Kristina and Lauren, wear little to no makeup, Stephanie and Lena have both dyed their hair funky colors that I wouldn't consider "mainstream," and Lena shaved her head last year. How do any of these things "replicate mainstream standards of beauty?"
When I think of people who conform to societies standards for beauty, I think of people who are overly fake, overly tanned, and overly skinny just to look pretty, just to conform, just to get guys, but these wrocker girls never seem anything but genuine to me. 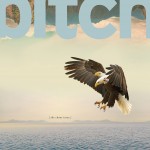