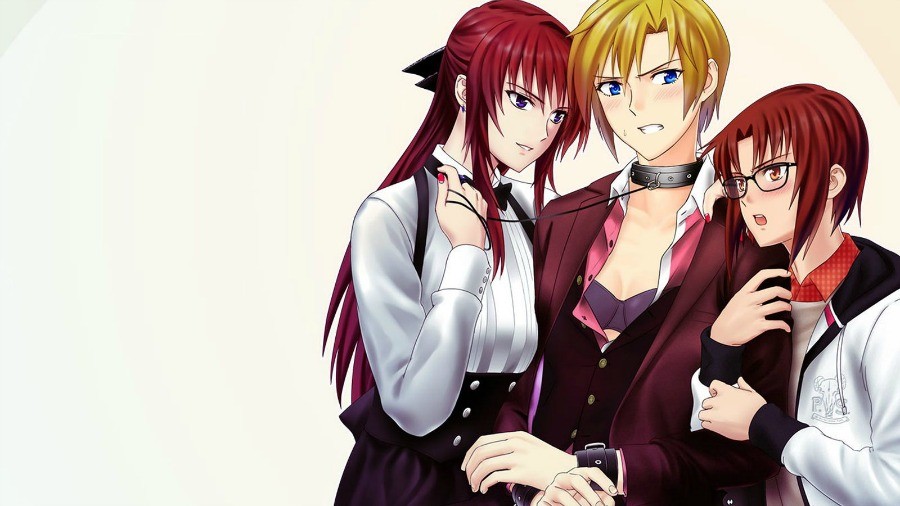 “All power exchange must be negotiated” are the first words cast beneath the silhouette of a woman tied up by an unseen lover in Ladykiller in a Bind, the latest game from developer Christine Love. Ladykiller in a Bind is a visual novel, a genre of narrative-focused video games that focus on a player’s interactions within a written story—often featuring characters whose personalities must be explored or conquered to progress. Visual novels such as Danganronpa, We Know The Devil, and the Ace Attorney series are consumed more like traditional novels than chart-dominating action games, like Call of Duty or Assassin’s Creed, and are text-heavy with a character focus.

Ladykiller in a Bind, however, is funny, sexy, queer, curious, gripping, thought provoking, sincere, and earnest—a shining example of what draws players to Love’s work. This core idea is underscored by Ladykiller’s erotic scenes, which prompted positive headlines when the game was released on the Steam digital-game marketplace in January. All power exchanges must be negotiated—whether it’s the exchange of political power for votes, the bartering of favors and debts, or the freedom to be vulnerable in relationships. In a hostile industry, Love as a game developer is pushed to exchange her safety for the freedom to tell her own stories. 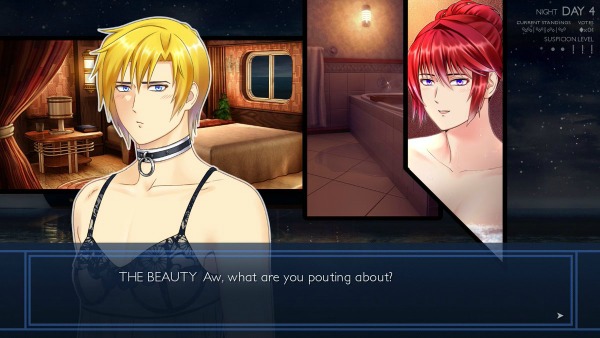 I had my first experience with Love’s work in December 2011, when a friend sent me a link to one of her first games: a small, hard to find game called Digital: A Love Story. I wasn’t sure what to expect when I ran the program, which my friend told me I needed to play immediately, but I found a digital love story that really stuck with me. The game began simply enough: A soft tune played in the background as I explored a computer interface from the late ‘80s. I used a modem—authentic, ear-grating screeches and all—to dial up a Bulletin Board Service, grandmother of the modern web forum, and then I made a friend.

It was all a scripted part of the game, but I’d developed a genuine bond with this nervous, entirely fictional, amateur poet. She was honest and shared her concerns, anxieties, and hopes with me, but just before I could click a button to tell her what she needed to hear most… something went wrong. The BBS crashed, severing our only method of communication. I was crushed, and that sorrow—authentic, surprising, and all too familiar for someone who grew up connecting with people online—urged me to find her again. I’ve been enthralled with Love’s games ever since.

Six years and three game releases later, Love has become an indie darling: In March, the Independent Games Festival, the videogame equivalent of the Sundance Film Festival, recognized Ladykiller in a Bind with the 2017 Excellence in Narrative Award. She is unabashedly queer and femme, which gives her games an honest quality that is deeply refreshing in an age where blockbuster games dominate the market.

“Now more than ever, it’s important that we keep making art for each other,” she tells Bitch. “I feel like just existing right now, and making reminders that it’s okay for us to be here, and to support each other is pretty radical. I think that’s the most important thing. I wouldn’t be where I am now if not for those who supported me, and I hope that we can continue to do that for others.” 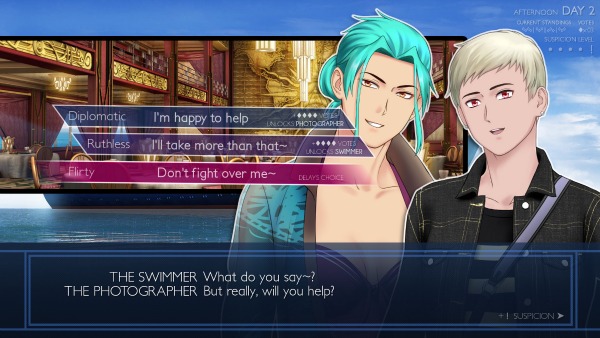 While some “inclusive” works are cranked out in months, Ladykiller took three years to create (and due to its explicit sexual content, it took an extra three months for Steam to release it). The games that preceded it, referred to as the Hateful Days pair—2012’s Analogue: A Hate Story and its 2013 sequel Hate Plus—were painstakingly built, with a desire to tell stories that feel honest. Characters and events in Love’s games are messy and complicated, and that extends to the player: You aren’t playing as a dynamic, perfect action hero—in Ladykiller you play as a crass, punky young woman who just wants her bike back, and who doesn’t mind kissing and taunting few cute girls on the way to getting it. There aren’t always satisfying resolutions to problems, and often the only option is to make the best of a bad situation. True to life, balances must be felt out and found to survive.

“As audience sizes increase and everyone’s a little more on edge given the political climate,” Love says, on the topic of balancing sincerity with the need for survival, “you start to worry about exposing yourself too much. I don’t know how you balance that. I think we’re all learning about how to cope within the current environment.”

As radical as Ladykiller might sound on paper, the game doesn’t go out of its way to make waves. It aspires to be good and worthy of players’s time and money, but Ladykiller is built to remind users, particularly female and queer users, that it’s fine to simply exist. It doesn’t attempt to make grand, sweeping gestures or deliver an epic story, but is, instead, a jovial, sex-positive adventure with queer characters, built by and for a queer audience. Typically, players interact with visual stories by selecting dialogue choices or actions at predetermined points, but Love plays with that concept to twist and explore ideas in her games: Ladykiller’s player action runs at the same time as interactions with its characters, as opposed to after.

This lends a natural rhythm to Ladykiller’s writing, emphasizing a tug-of-war of tension and release that’s become a core trait of Love’s games and makes her stories feel real. It becomes easy to lose yourself as you play, particularly while digging through the journal entries and ship logs of the Hate games, which examine the regression of women’s rights during the Joseon era of Korean history.

Today—in business, in politics, and in media—attempting to profit from “diversity” and social justice has become a nasty trend. The desire for representation, to look into culture and feel acknowledged, is being exploited to gain favor with marginalized audiences. Recent game releases like Mass Effect: Andromeda are rushing to appeal to these audiences and their wallets, but in seeing them as ‘other’ and failing to give their representation enough time or thought, efforts have fallen flat. In stark contrast, Love has spent a almost a decade writing stories and developing games about queer relationships that don’t paint them as shameful or alien, even when doing so had the potential to damage profits.

Her games explore the ways that we connect with one another while reminding players that it’s okay to be themselves. To be queer in Love’s work is to be human, with a trait that is part of you without defining the whole of you. That’s refreshing. 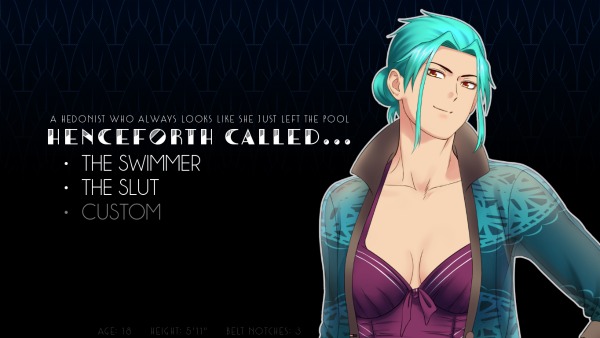 Love’s games are exploratory, but they also function as escapes — a concept she’s explored across multiple games, whether that escape comes from an online life, a refusal of truth, or the tight embrace of a rope knot. Speaking from personal experience, I’ve used Love’s work to help victims of abuse practice communication skills and reconnect with concepts. And that idea of escapism is put under the magnifying glass in Ladykiller, whose enigmatic villains preach and work towards a certain brand of “Revolutionary Escapism.” At first glance, one might consider them a self-parody of Love herself.

Love, however, taking time to relax and reconnect with games after Ladykiller’s release and run around the convention circuit, laughs away the idea. “In my mind,” she says, “escapism as [Ladykiller’s villains] portray it is all about safe pockets. Less revolution, more safe spaces. I think that extends to anyone who makes art — particularly about being queer. I don’t want to change the world, just make a space for others.” 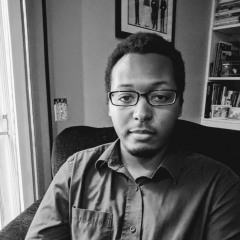 Blake Flournoy is a freelance writer/editor with a mind for media criticism. They’ve never seen Seinfeld, and wasps make them cry.

Relevant: Pokémon NO: How the Game Can Be a Venue for Harassment 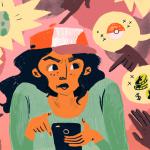 by Samantha Riedel
Street harassment is nothing new, but Pokémon GO creates a new avenue for harassing people in public.