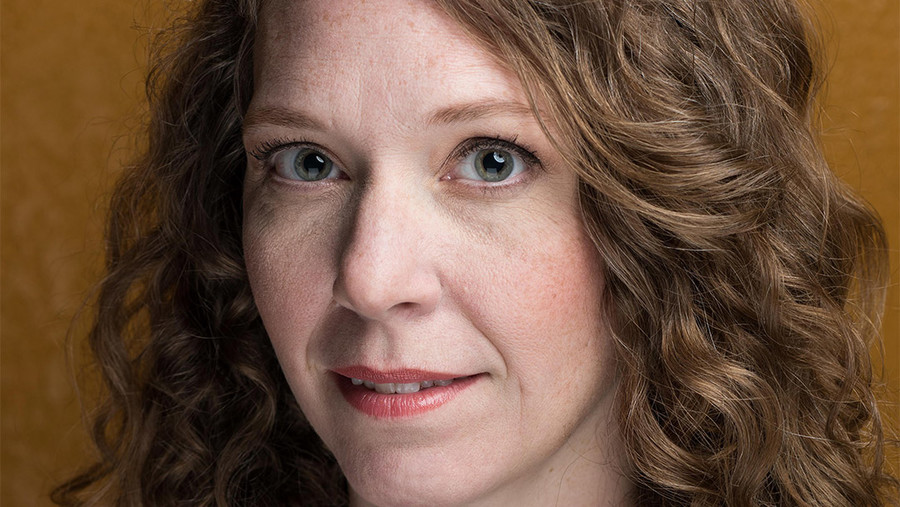 Have you ever fantasized about blackmailing a rapist or knocking the daylights out of someone who has hurt you? Revenge fantasies and female rage are as old as human beings, though the latter has only recently begun receiving some much-needed positive attention from books such as Soraya Chemaly’s Rage Becomes Her: The Power of Women’s Anger and Rebecca Traister’s Good and Mad: The Revolutionary Power of Women’s Anger. These books shed light on the emotion women have been taught to suppress, and thinkpieces have popped up in mainstream media outlets like the New York Times and Elle that give voice to a phenomenon that has long simmered.

Of course, women have every right to be angry—and have for centuries—and the dawn of the #MeToo movement, the election of a sexual predator into America’s highest office, and the revelations of harassment and abuse by powerful men in the entertainment industries have all helped women’s rage reach a critical mass. Silence and obedience have given way to a deep well of anger; thus the complex work of dismantling a central tenet of patriarchal culture—shame—has begun in earnest. But one doesn’t need to look further than the recent appointment of Brett Kavanaugh to the Supreme Court or Jacqueline Dixon being charged with murder in Alabama for fatally shooting her abusive husband, to see that women still don’t receive fair trials—in actual court or the court of public opinion. As a culture, are we fully invested in seeking justice for women who have suffered at the hands of men?

The narrator of Amy Gentry’s timely new novel, Last Woman Standing—Dana Diaz, a self-described short, stacked, Latina stand-up comic—would certainly say no. Gentry began writing the book “before the #MeToo tidal wave,” and though she’d heard rumors about predatory men in the stand-up scene, she was “unaware of some of the worst offenses by famous comics.” Dana’s career has been punctuated by violence that’s painted as depressingly common; she’s been raped, drugged, and groped, and understands each violation as “a dirty joke with me as the punch line.” But she muddles through, sticking to “safe” jokes about her hometown and her body, and hoping for a big break.

Last Woman Standing opens with Dana hovering in a place of denial, telling herself—as women often do—that “nothing happened,” and pushing away the past in order to survive. She doesn’t see an alternative until she meets Amanda Dorn, a striking blond computer programmer with an intriguing proposition: to enact revenge on the men who have abused her, Dana, and other women. As the two women establish an uneasy alliance based on shared experiences with “guys like that,” Dana finds herself unable to say no to helping Amanda. And with Amanda’s influence, as well as a borrowed blond wig, Dana finds a voice for her rage and takes the comedy world—and herself—by storm with her aggressive, provocative alter ego, Betty. Betty is “pretty and ugly…pure, terrifying, amoral and animalistic… She made earrings out of real ears. She drank out of the toilet. She thought a manicure was a cure for men…”

Like Betty (and arguably, Dana and Amanda), all the female characters in Last Woman Standing are “types.” There’s Laurel, the harried owner of the stationary store where Dana works, so desperate to save her ailing business that she hires a man who eventually pushes her out; Ruby, a snarky and astute femme coworker; Becca, a beleaguered (and abused) girlfriend; Kim, a fellow stand-up whose oeuvre consists of “awkward stuff that happens during sex;” and Dana’s mom, a peppery, hardworking immigrant who dotes on her daughter and sees more than she lets on. They are the kind of women you might expect to see in a romantic comedy, but each bears the weight of ill treatment in a male-dominated culture. Dana remains loath to hear their revelations until the ubiquity of abuse becomes one of her driving forces.

At first, Dana plans to adhere to Amanda’s provided scripts. But it doesn’t take long for Dana to release the full weight of her anger while seeking retribution. Both women use physical and emotional violence, intimidation, blackmail, theft, and shaming as part of their vengeance. (Though their actions seem egregious at first, consider that the same means have long been inflicted upon women for no good reason.) Last Woman Standing roils with a rage that yanks its characters through an increasingly twisted plot like a riptide. Grappling with each new discovery in the novel mirrors recent all-too-familiar experiences of struggling to understand how so many powerful men could have committed such atrocious acts without consequence. 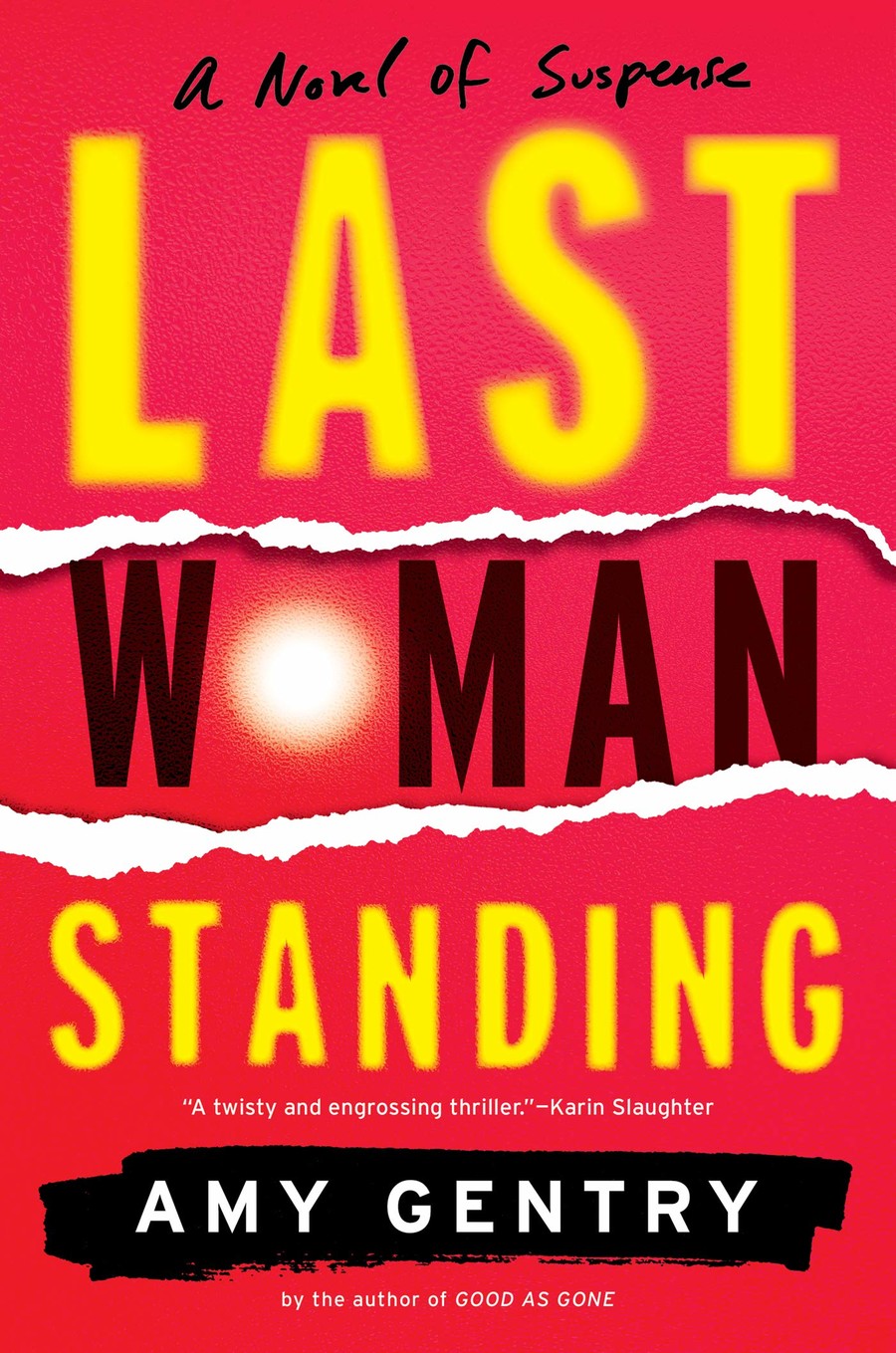 How could the truth have been hidden for so long? Why do so many women keep quiet about what they’ve suffered? Is it safe for women to speak out about abuse? Are they validated when they do? Throughout the novel, Dana yearns to warn others about the men who have violated her, but time and again she fails. It’s these failures, and the accompanying shame, that so potently fuels her rage even as she comes to question Amanda’s vengeful—and increasingly bloody—machinations. Amanda’s plan hits a snag when she sends Dana on a final mission that hits much too close to home. Dana attempts to run away, to hide in the “safety” of her denial once again. But Amanda, like the subconscious, refuses to retreat into silence. She is out for blood, and she will get it at any price.

As Dana tries—and fails—to escape, she is forced to see a reality she has long denied. She takes her brutal revenge, but it is Amanda who takes the fall for it. Society loves a scapegoat, after all. In the novel’s denouement, Gentry further exposes the complexity of the lived experience of women, this time through society’s opinions surrounding a very public court case. A fascination with women who retaliate violently against men who abuse them isn’t exactly new: Film often finds inspiration in these heady waters; real life has given us vigilantes from Phoolan Devi to Lorena Bobbitt. And though both Dana and Amanda are ultimately punished—one socially, the other psychically—neither woman repents because both are hanging on, as best they can, to their rage.

As Dana’s voice develops over the course of the novel, she deepens into a new type; she moves from a feisty, if self-conscious, realist to a self-protecting opportunist. Given all she has gone through, it’s hard to blame her. One of the things Last Woman Standing asks of us is to accept the places where rage takes women—and one of those places is power. Is our current culture ready to do the same? The fictional world may be campier, tidier, a magnification of the precipice where women, as a community, now stand. And power isn’t always pretty. What will happen if the world continues to dismiss women’s anger? What will happen as we take matters into our own hands? Last Woman Standing offers one possibility. Flawed though it may be, it holds a startling glimmer of truth.

Read this Next: Turning Up The Heat: Eight Great (and Not-So-Great) Female Buddy Comedies

by Andi Zeisler
The reviews of the recently released The Heat, the new film from Paul Feig (of Freaks and Geeks and Bridesmaids fame) about an...