Baby SaviorMotherhood Is Not a Form of Redemption for Career Women 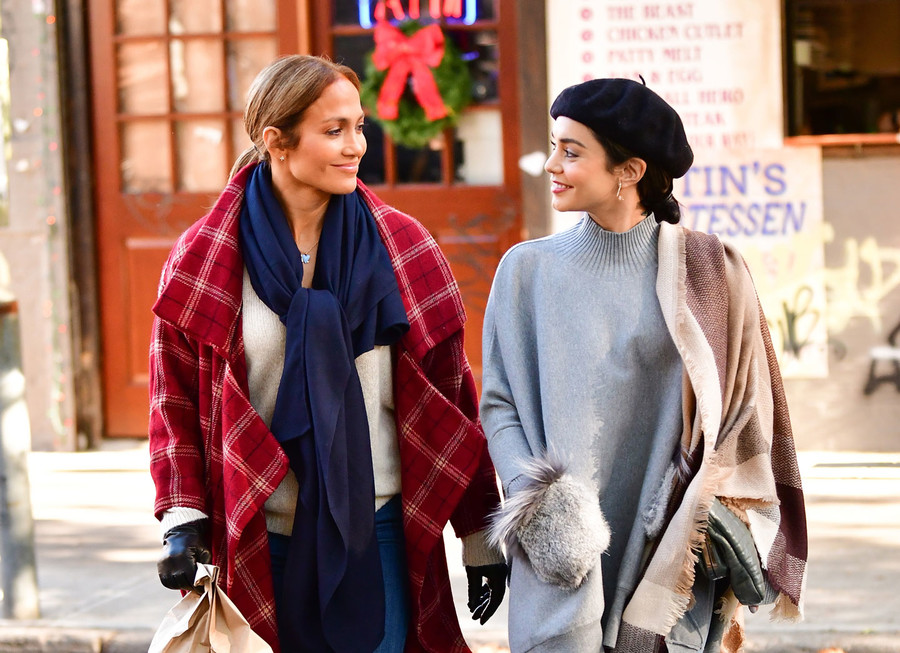 Second Act, a December 2018 romantic comedy starring Jennifer Lopez and Leah Remini, didn’t top the box office or earn critical acclaim, but it did add to an age-old narrative in which an unmarried woman is saved from a sad, lonely existence by becoming a mother. Lopez plays Maya, a 40-year-old assistant manager at a big-box store who is sick of younger, less experienced white men being promoted above her because she doesn’t have a college degree. When Dilly (Dalton Harrod), the teenage son of her best friend, Joan (Leah Remini), overhears Maya ranting about her dissatisfaction, he secretly creates a falsified résumé and Facebook page for her—one that claims she’s friends with Barack Obama, once climbed Mount Kilimanjaro, and has an MBA from Wharton Business School. She is swiftly headhunted for an executive role at cosmetics company Franklin and Clarke, where she plans to come clean about the deceit once she’s proven her expertise.

Second Act’s less-than-original plot could have provided an opportunity to explore the ways that systemic discrimination keeps working-class women of color from professional advancement. Instead, it goes with a twist that’s as sentimental as it is improbable: When Maya is asked to collaborate with her boss’ daughter Zoe (Vanessa Hudgens), who also works at Franklin and Clarke, the younger woman reveals that they’re more than coworkers—she’s the daughter Maya gave up for adoption more than 20 years earlier. From there, the movie shifts from a flawed but entertaining self-improvement narrative into a sappy, simplistic adoption-reunion story whose main goal seems to be to keep Maya from becoming a childless, work-obsessed bitch—a fate that Hollywood has long deemed worse than death.

Second Act echoes one of the strands in Garry Marshall’s execrable 2016 ensemble film Mother’s Day, in which Julia Roberts plays Miranda, a jewelry designer for a home-shopping network who shakes her head ruefully when a waiter asks if she has any plans for Mother’s Day. When beleaguered mom of two Sandy (Jennifer Aniston) interviews for a job at Miranda’s company, she asks Miranda if she has any kids and receives the curt reply, “Career. Keeps me busy.” But before long, the daughter Miranda gave up for adoption tracks her down, which rescues Miranda from both further eating-establishment embarrassment and the prospect of a life without descendants.

Pop culture’s preoccupation with fixing single, aging career women seems to have expanded over the last three decades, as birth rates have dropped and women have taken on more prominent roles in the workplace. But it’s been Hollywood gold since the 1980s, when hit movies like Baby Boom, Working Girl, and Broadcast News delighted in portraying successful women as desperate. The heroine of 1987’s Baby Boom, for instance, was J.C. Wiatt (played by then– 41-year-old Diane Keaton) a no-nonsense New York City advertising executive. “I am a tough, cold career woman,” she tells her boss, which is how you know she’s about to be schooled on the real meaning of existence: motherhood. She inherits a distant cousin’s baby following a tragic accident, and after a brief attempt to keep up her old life, she gives in.

Soon J.C. has relocated to Vermont, remade herself as a more palatable, stereotypically feminine businesswoman—one who runs a baby-food company, has Laura Ashley curtains, and begins dating the local vet, all of which viewers are encouraged to consider improvements to her life. The late 1990s revisited the pop-culture binary of career or motherhood. Though Ally McBeal’s title character (Calista Flockhart) was only in her early 30s when the show went off the air in 2002, she was already an outlier among her married-with-children law-school peers. Being single and facing down the possibility of not having a family panicked McBeal so much that she regularly hallucinated a terrifying dancing baby. In order to assure viewers that McBeal wouldn’t be childless, the show’s final season brought McBeal a surprise biological daughter, the result of an egg-donation mishap a decade before. In other cases, the course of events are a little more traditional.

In 2016’s Bridget Jones’s Baby, our diary-keeping heroine turns 43 and shortly afterward finds herself pregnant. Bridget isn’t sure if the pregnancy is the result of a one-night stand with her ex, Mark (Colin Firth), or of a festival fling with Jack (Patrick Dempsey), a tech billionaire she’s just met. After a few minor misunderstandings (such as Bridget being mistaken for Mark and Jack’s surrogate at the baby group all three attend), the baby is born, his mystery father revealed, and Mark and Bridget get married—just in case their conventional heterosexual future was in any doubt.

Pop culture motherhood is often used to shorthand the idea that we should care about characters who were previously coded as unlikable or threatening. Last-chance motherhood is a narrative device meant to normalize them and, in many cases, to keep them from challenging the status quo. On the final season of House of Cards, President Claire Hale (Robin Wright) learns that she’s carrying her despicable late husband’s baby. Her discovery would be surprising enough even without the fact that she’s in her late 40s and has terminated her last three pregnancies. This dramatic shift in priorities is explained by the fact that producing an heir ensures she can keep her husband’s assets, and the show has fun with the idea that pregnancy has softened borderline-sociopath Claire’s hard-nosed image and sent her approval ratings through the roof.

If the use of motherhood to validate women was just a silly pop culture trend, it might not matter—but it both reflects and reinforces a real-life stigma.

But the show also plays into this stereotype, using her new maternal urge to try to position Claire as the new, more sympathetic center of the show—a tough sell, considering she once poisoned a man because he knew too many of her secrets and then had sex with him until he died. Making her a mother also ensured that for all her steely self-reliance, she wouldn’t end up alone. Women without children are perceived as selfish and are therefore portrayed as pariahs, cat ladies, or bunny boilers. Only death stops Alex (Glenn Close) from pursuing Dan (Michael Douglas) and his family in 1987’s Fatal Attraction; losing her husband and baby puts 1992’s The Hand that Rocks the Cradle’s Mrs. Mott, played by Rebecca De Mornay, into a homicidal rage; and in a spectacularly ahistorical piece of editorializing, Elizabeth I (Margot Robbie) tells the titular character in 2018’s Mary Queen of Scots, “I was jealous. Your beauty, your bravery, your motherhood. You seemed to surpass me in every way.”

If the use of motherhood to validate women was just a silly pop culture trend, it might not matter—but it both reflects and reinforces a real-life stigma. “Parenthood as a Moral Imperative? Moral Outrage and the Stigmatization of Voluntarily Childfree Women and Men,” a 2017 study published in the journal Sex Roles, found that people who choose to be childfree spark “moral outrage” in others, who judge them as being “significantly less psychologically fulfilled.” I’m familiar with the phenomenon: I first said I didn’t want kids when I was 11, and in the 29 years since, innumerable friends, acquaintances, and strangers have told me that I’d be better off with a baby.

While adopting or giving birth to a much-wanted baby is a wonderful thing (as is reuniting with biological family, assuming everyone gets along), parenting isn’t automatically a life enhancement. The prevailing cultural wisdom that presents motherhood as transcendent and not having children as repugnant is an insult to the complexity of both identities. It hardly needs to be said, but no similar dichotomy exists for male characters between bachelorhood and being a socially respected, morally upstanding citizen.

There are many stories that could be written about single women without children in their 40s, 50s, and beyond who don’t turn into stalkers or spend every night with a bottle of Pinot and “All By Myself” on repeat—from the joy of escaping lifelong responsibility to the loneliness of a life that doesn’t conform to societal expectations. But rather than mining this fertile ground for innovative and nuanced possibilities, Hollywood churns out the same lazy stereotypes. The real shame isn’t that some women will never get a Mother’s Day gift—it’s that we don’t have nearly enough relatable pop culture about the realities of women’s lives, regardless of their reproductive status. 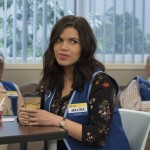