In “Late Night,” Comedy’s Whiteness Is a Backdrop for a Love Story 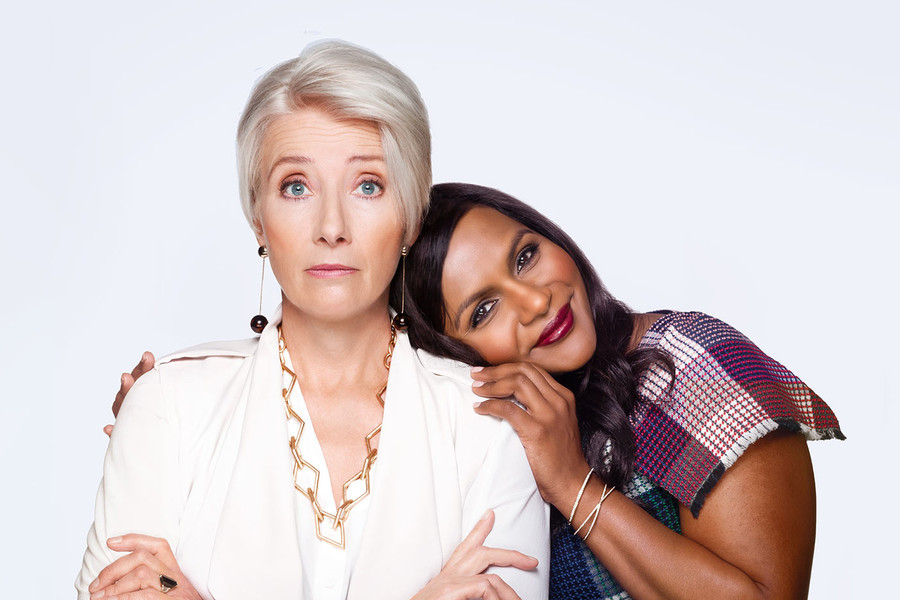 It’s no secret that cisgender white men dominate late night or that shows that attempt to shake things up, like Chocolate News, The Nightly Show with Larry Wilmore, The Rundown with Robin Thede, and Busy Tonight are quickly canceled due to a combination of low ratings and lack of network support. Out of the 12 late-night television series currently airing, only one (Full Frontal with Samantha Bee) is hosted by a woman and only three (The Daily Show with Trevor Noah, The Patriot Act with Hasan Minaj, and Desus & Mero) have nonwhite hosts. Late night hosts aren’t the only ones lacking in diversity: Recently, in response to the June release of Late Night, a recent film marketed as a reckoning on white men in writer’s rooms, the Los Angeles Times conducted a survey about late-night writers rooms. The survey found that Full Frontal and freshman late-night series Desus & Mero are the only shows even close to achieving gender parity. (Forty-five percent of Full Frontal’s writers are women and 44 percent of Desus & Mero’s writers are women.)

Full Frontal, Desus & Mero, The Daily Show, The Patriot Act, and Saturday Night Live are small drops in a much larger bucket carried by white television executives who seem fine with a comedy landscape that favors what’s familiar over taking risks. As a comedian, I’ve watched my colleagues of color, queer colleagues, and female colleagues scrambling for the few writing spots in late night. There is an understanding that there are few slots available for us on each show and the likelihood is even slimmer that we’ll get to produce or host a show of our own. This leaves us skeptical, especially when it seems like women of color are the last to be considered for jobs.

Late Night, directed by Nisha Ganatra and written by the film’s star Kaling, appeared to be a movie that would tackle these issues. One of the movie’s trailers opens with, “She was the first female late-night talk-show host on a major network, winning 43 Emmy Awards,” before transitioning to a female reporter asking Katherine Newbury (Emma Thompson) if she thinks women can be funny. “Funny is funny,” Newbury responds, before the reporter retorts, “As long as you’re white, male, and from an elite college, like your writing staff.” Based on this trailer and others, Late Night seemed to be promising a conversation about mainstream comedy’s lack of racial and gender diversity. In practice, however, late-night television’s lingering problems were a backdrop for a much lighter rom-com instead of socio political satire.

The film follows Molly (Kaling) a chemical plant worker who finesses her way into the writer’s room of her favorite late-night comedy show, Tonight with Katherine Newbury, hosted by her temperamental idol. Newbury knows her show has become boring and stiff, but she’s hesitant to make the changes necessary to improve it. Instead of giving the show a much-needed gut renovation, she decides to make a diversity hire instead. Molly brings a fresh perspective, but Katherine rejects her new writer’s more female-centric humor. Molly’s pushiness and inexperience makes her despised in the room, especially by monologue writer Tom (Reid Scott) who speaks at length about how unqualified he thinks she is. In classic cinematic fashion, everyone eventually learns how to work together to save the show.

Stylistically, Late Night is the sort of story that could only be written by Kaling. The film takes a fraught workplace environment and softens it, breaking down each character to their deepest neuroses. This approach comes to no surprise from a writer who was once the only woman and the only person of color writing for The Office. In Kaling’s world, white cisgender male writers aren’t racist—they’re just insecure. The elitist Ivy League monologue writer isn’t a classist pig—he just feels threatened by people outside his social circle. Molly isn’t underqualified—she’s just underestimated by a white comedy establishment that is afraid of the truths she brings to light. And Katherine doesn’t hate other women—she’s just afraid of how emotionally vulnerable women tend to make her feel.

Late Night borrows a lot from Emma, Pride & Prejudice, and some of Jane Austen’s other famous works. Like Emma, Katherine is a wealthy and somewhat sheltered woman who believes herself to be a worldly mentor figure to a woman she perceives as naive and impressionable. Of course, her instincts are wrong and she has to learn from the very person she looked down upon. Elements from Pride & Prejudice lie more in the side plot of Molly and Tom flirting caustically while assuming the worst about each other. The rakish staff writer Charlie (Hugh Dancy) often gets between them, which creates a classic love triangle fueled by misunderstanding and miscommunication.

Late Night isn’t interested in the cultural implications of Molly and Katherine’s relationship or late-night television’s lack of diversity.

The Austen worship comes as no shock to fans of Kaling’s sitcom The Mindy Project. The primary will-they-won’t-they of the series is also based on Emma, or more specifically, the Emma-inspired film Clueless. There, Mindy (Kaling) has a caustic relationship with coworker Danny (Chris Messina) that mirrors the one between Cher (Alicia Silverstone) and her stepbrother Josh (Paul Rudd) in the hit film. Mindy and Danny’s romance brings to light the more uncomfortable undertones within the romantic dynamics of its predecessor, namely the rampant negging.

In her first major foray into writing for the big screen, Kaling holds onto her affinity for caustic, negging romance, focusing this energy on the creative partnership between two very different women. As Katherine, Thompson takes on a role usually reserved for the likes of Colin Firth—stuffy, intelligent and arrogant with just enough charm to make people love her. On the other side, Kaling’s Molly is the sort of bubbly, emotionally naked character that Reese Witherspoon is usually tapped to play. Katherine is posh and condescending while Molly is bubbly and emotionally honest to a fault. Together they form an unlikely bond hampered mainly by Molly’s inexperience and Katherine’s resistance to opening up and making her comedy persona more personal.

Late Night isn’t interested in the cultural implications of Molly and Katherine’s relationship or late-night television’s lack of diversity. The film is personal instead of allegorical, focusing instead on Katherine’s emotional journey back to the top. All the while, Molly doesn’t grow much at all. Her dream job simply falls in her lap, forgoing the possibly compelling journey that it would take to get it in the real world. While the film provides a look into how the few diverse voices that enter the industry manage to work within it, it’s ultimately a love story in the foreground with an obscured, bittersweet backdrop. And as with many romantic comedies, it prioritizes a happy ending above all else.

Read this Next: College Students Don't Want to Hire Racist or Homophobic Comedians. Why Is That a Problem, Exactly? 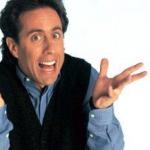 by Leela Ginelle
The media continues to call millennials "infantilized" and "coddled," but to an observer the opposite appears true.