These 9 Latinx Women Are Taking Over Pop | Bitch Media

9 Latinx Women Who are Taking Over Pop 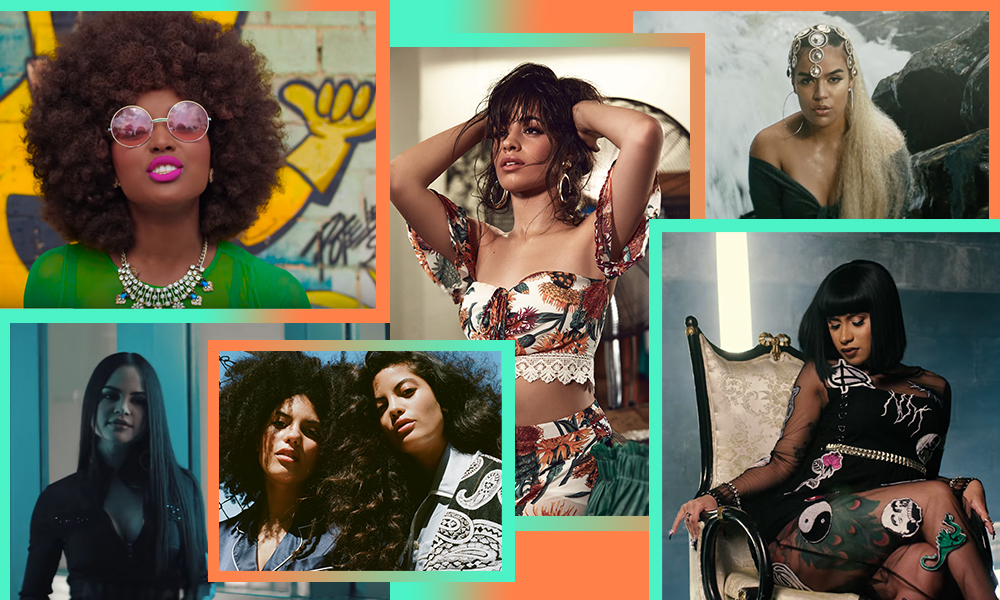 Latin pop is taking over. “Despacito” was the song of the summer and reggaeton stars are crossing over with mainstream pop hits. But it’s Latinx women who are getting ready to completely take over pop. Check out these nine stars who are—and are going to continue—dominating the pop charts.

Becky G stole scenes in the second season of Empire as Valentina and made history playing the first queer superhero in a blockbuster film as Trini, the Yellow Power Ranger in the 2017 Power Rangers movie. But it was her self-assured, playfully tongue-in-cheek performance in the hit Latino pop duet “Mayores” that truly brought the spotlight to her, with the song peaking at number three on the Billboard Hot Latin Songs chart. Becky G released a five-song album back in 2013, but all of her songs since have been singles. I can’t wait to see what she brings on her first full-length album.

Amara La Negra is the breakout star of Love & Hip Hop: Miami and landed a multi-album record deal hours after the show premiered. She’s faced an unbelievable amount of bullshit as producers have mocked her hair and skin color, watchers of the show accused her of wearing Blackface, and the hosts of The Breakfast Club tried to gaslight her, but Amara La Negra isn’t backing down. Her amplification of Afro-Latinx issues has the internet roaring for more, and her gorgeous voice and Dominican tunes are going to take over.

Karol G (no relation to the previous G) hails from Colombia and is smashing through sexist standards in reggaeton music. The genre has primarily been occupied by men, but Karol G is making waves and collaborating with huge players in the game along the way—her debut album Unstoppable hit number two on the Billboard U.S. Top Latin Albums chart. Her hits “Casi Nada” and “Ahora Me Llama” are anthems for anyone sick and tired of an annoying ex.

No one can deny that Cardi B is a star. Cardi B was a regular cast member on the VH1 reality television series Love & Hip Hop: New York before signing a record deal with Atlantic Records. Her debut single “Bodak Yellow” hit number one on the Billboard Hot 100 chart, becoming the first solo woman rapper to occupy that seat since Lauryn Hill in 1998 (that’s how much of a star she is, and if you haven’t seen the moment when Cardi B learns she hit number one, please do). She completely stole the show in the remix of Bruno Mars’s song “Finesse” (above) and  collaborated with Ozuna on “La Modelo”—and she’s only getting started.

Princess Nokia is a superhero. She threw her soup on a Subway racist, raps about being a Yoruba bruja, and hosts the Smart Girl Club podcast, where she dissects urban feminism. Her debut studio album 1992 Deluxe is full of smart and catchy-as-hell songs about her artistic influences and growing up in New York.

Seeing double? Ibeyi is twin sisters Lisa-Kaindé Diaz and Naomi Diaz—”Ibeyi” means “twins” in Yoruba. The Diaz twins were born in France, but spent their formative years in Cuba, and they perform in English, French, Spanish, and Yoruba. Naomi plays the traditional Peruvian/Cuban percussion instruments cajón and Batá drum while Lisa-Kaindé sings and plays piano. You might’ve seen them in Beyoncé’s musical-dreamscape Lemonade, but you should be listening to their newest album, Ash.

Natti Natasha is another reggaeton musician who’s reached a huge level of success without having released a full-length album. She’s collaborated with the major musicians (mostly men) in the genre, and the stage is set for Natti Natasha to come into her own. Come through, Natti!

Lauren Jauregui hit stardom as a member of Fifth Harmony before striking out on her own in 2016. She’s openly bisexual and has appeared on Halsey’s song “Strangers,” which Halsey describes as “a love song for the LGBTQ community.” She has only released two singles as a solo artist, but it’s clear that she’s preparing for something big, and I’ll be there when it happens.

The music video for “Havana” actually made me cackle-laugh—it’s too funny. Camila Cabello is also a member of Fifth Harmony gone solo—and big. Her album Camila debuted at number one on the Billboard 200 and “Havana” hit number one in both the United States and the UK. She lived in both Havana and Mexico City before moving to Miami as a child. I really feel like she should have her own telenovela. 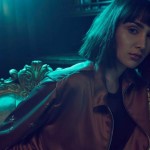 by Evette Dionne
Only six women have been nominated in the Grammys “Producer of the Year” category.