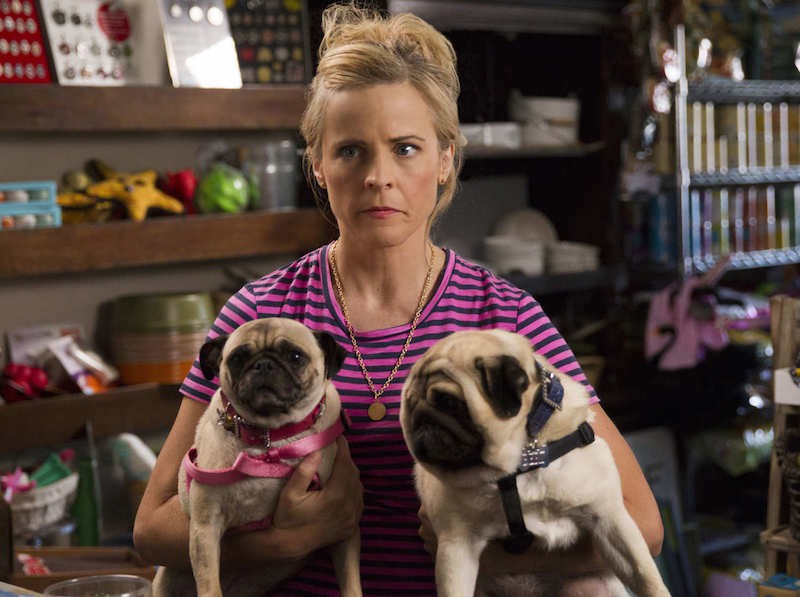 “My best friend’s husband Paul was obsessed with death, so, naturally, I was drawn to him,” says comedian Maria Bamford early in the first season of her new show, Lady Dynamite. In this scene, Maria is doing crafts with Paul when she finds a picture he drew of himself with a long rope around his neck.

“That’s a drawing of me trying to hang myself,” he says, “but I made the rope too long, so I’m just standing. I fucked it up like I fuck up everything.”

Lady Dynamite, created by Mitch Hurwitz (the creator of Arrested Development), and Pam Brady (who’s best known for her work on South Park), is a surrealist, fictional version of three periods of Bamford’s life. Each episode of the show weaves together scenes from Maria’s distant, technicolored past, before she was hospitalized for hypomania and severe depression; her blue-tinged time in an outpatient psychiatric hospital; and the more realistically colored “present,” which begins right after she’s gotten out of the hospital and moved back to Los Angeles.

Maria never divulges specific thoughts or plans of suicide, and her fascination with death is mostly kept to passing comments about not wanting to be a person anymore. The constant presence of death and suicide through these offhand comments and jokes could easily seem callous. But to me, they’re the show’s most realistic part. 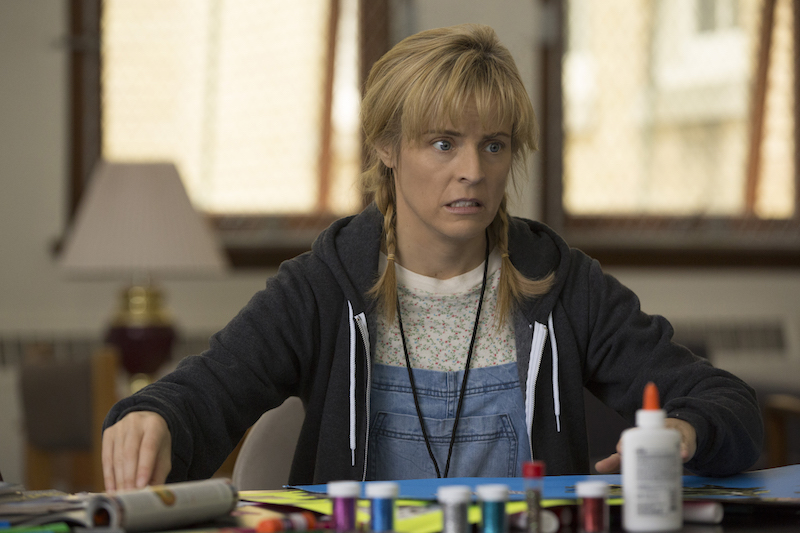 Maria Bamford plays a version of herself in a psychatric hospital doing arts and crafts.

I think about death constantly. Though I’ve never been suicidal, necessarily; in fact, my intense fear of death is what drives nearly all of my anxiety. Some days, I can’t even sit in the passenger seat of a car because I’m certain another driver will come barreling into the road and crash into me, killing me instantly. I’m almost always certain something terrible is about to happen to me and that the terrible thing will result in my untimely death.

But when things get really bad—either the anxiety or the depression, as I’ve been blessed with both—I think about how nice it would be to just not be. To suddenly disintegrate and let my atoms meet dirt.

I started watching Lady Dynamite when the first season was released on Netflix back in May, but I only made it through a few episodes. It had only been a couple of months since my mom had spent a week in a psychiatric hospital, and I was still deeply shaken by the whole experience. I stopped watching the show for awhile; it all felt a little too real.

The reason my mother’s hospitalization continued to upset me so greatly had little to do with her, though. I was concerned about her—not that I let on; I kept my sadness and worry to 45-minute cry fests as I drove to and from the hospital—but her struggles with depression weren’t new to me. She’s been open with me about her depression for as long as I’ve been old enough to understand it. So while I was worried, I was still confident she would be okay.

Once she was back home, though, I still didn’t feel better. I didn’t really want to be alive, either, but I wasn’t able to admit that I needed help yet.

Despite the fact that I grew up talking about mental illness, I still didn’t want to accept that I, personally, was suffering. Instead, I cultivated sadness like it was a fashion accessory that would never go out of style. I thought being sad made me more interesting, but more importantly, I thought it made me more creative. I assumed that if I was happy, whatever that meant, I’d have nothing interesting to say. Maria experiences a form of this dilemma in Lady Dynamite; her hypomania makes her miserable and unable to connect with others, but it also drives much of her work. Her agent and employers want her back to her hyperactive self, so they tell her to stop taking her meds.

This stigma—that creativity requires sadness and suffering—is perpetuated extensively by the idea of the “tortured artist.” Writers like Virginia Woolf, Sylvia Plath, Anne Sexton, and David Foster Wallace are treated like martyrs for the written word. They killed themselves, sure, the world says, but look at all the great work they produced first, work that certainly wouldn’t have existed if they hadn’t been suicidally depressed. That they died only further corroborates the “proof” that to make good art, especially art about mental illness, you must succeed in seeking death. 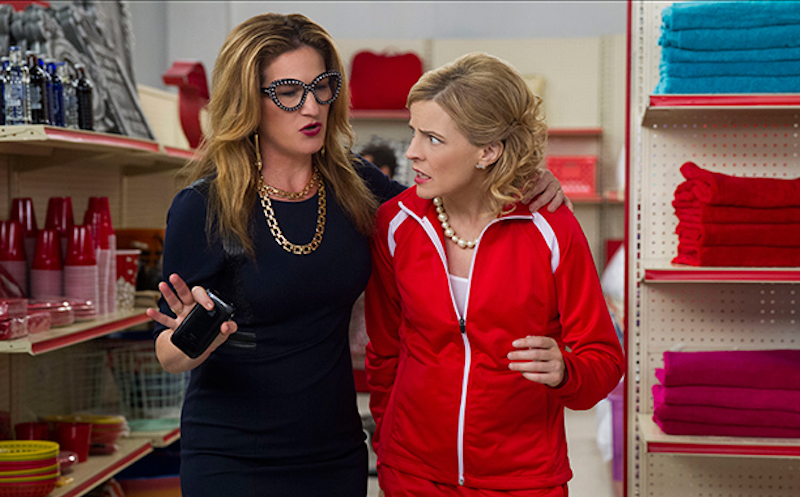 Despite what imperfect pop culture portrayals want us to believe, the realities of mental illness are much more nuanced than this. The experience of living with a mental illness, and of adjusting to treatment and psychiatric medications, cannot be distilled to a couple ever-present symptoms. Not all days are good, but they aren’t all dramatically horrific, either.

Irresponsible depictions of mental illness also encourage us to treat it with a seriousness that forces a distance between people who live with mental illnesses and people who don’t. These likenesses insist that people with mental illnesses are inherently fragile and must be handled with kid gloves. But that completely ignores the perhaps uncomfortable fact that mental illness and its treatment can be profoundly funny at times. For the first two weeks I was taking medication, for instance, I woke up every morning in pools (yes, multiple) of my own drool.

Laughing about our own struggles is a way to cope. It’s a defense mechanism, a salve. It’s a chance to regain control when the overwhelming feeling is the total loss of it. In Lady Dynamite, Bamford manages to find humor in things like suicidal ideation and falling asleep at work because her new meds make her drowsy.

But the show goes even further than this. It takes the unstable, ludicrous realities of mental illness to their extremes and presents an entire world that’s a little… off. The people in charge of helping Maria make major life decisions—her agent, her real estate agent, and her life coach—are three different women all named Karen Grisham. A date treats Maria to a surreal, minute-long fart. Maria’s car radio speaks to her in therapy lingo. Most delightfully, there are pugs with German accents.

This is also a world in which mental illness is an acceptable topic of conversation, where it’s something that is okay to talk about and yet is never someone’s defining characteristic. Later in the season, Maria pays a kid, Josue, to hang out with her so she can feel more comfortable around kids before a standup set at a children’s benefit. When Josue’s friend says that Maria is “fucked up” and “seems crazy,” Josue defends her in a hilariously unbelievable manner. “Maria’s a really terrific woman who’s done a lot of work on herself. I think we stigmatize mental illness in this country. And that’s not cool.”

It’s a world that wants to discuss mental illness openly, which Bamford has said is a major influence on all of her art because talking about it makes it less of a “freak-show thing.” That desire, ultimately, is the show’s greatest asset.

A clip from Dean Martin’s “I Don’t Know What I’m Doing” closes out every episode, often right when Maria gets her resolution and thinks she’s solved a problem. “I don’t know what I’m doing,” Martin’s accompanying singers croon, “more than half of the time.”  The juxtaposition is a perfect representation of mental illness: an uphill battle that never really goes away, even when it is improving—so you might as well laugh at it.

When I finally asked for help, a nurse gave me a standard screening for depression. After I answered almost every question with “nearly every day,” she paused, then stumbled over her words: “We’re going to get you the help you need.” In the moment, I found her reaction odd. Does she think I’m going to off myself right here? And anyway, doesn’t everyone feel this way? As Maria’s friend Susan says, “Isn’t this just what it’s like to be an adult?” Then I went home and retook the test online so I could see my actual score. Seeing severe depression flash on the screen felt like winning the world’s saddest video game. I laughed then at the banality of the nurse’s statement and my assumption that everyone was this miserable.

At the end of the season, Maria feels markedly better than before, but she’s still, as she tells us throughout the show, a “work in progress.” Wellness, she reminds us, is a process, a slow one at that. I’m still getting used to my medication and I’m not even close to 100 percent. If I ever am, I imagine it won’t be for a while. And I still don’t know what I’m doing well more than half of the time. But now, I can laugh about it, and I’m hopeful that something maybe not brighter, but better, is up ahead.

I want to say thank you for this article. I felt really really close to what you have written and it makes me feel less alone.
I'm also watching Lady Dynamite: I have started doing it in a very difficult moment, when my mental illness got really bad. It really helped me a lot to deal with that difficult moment.