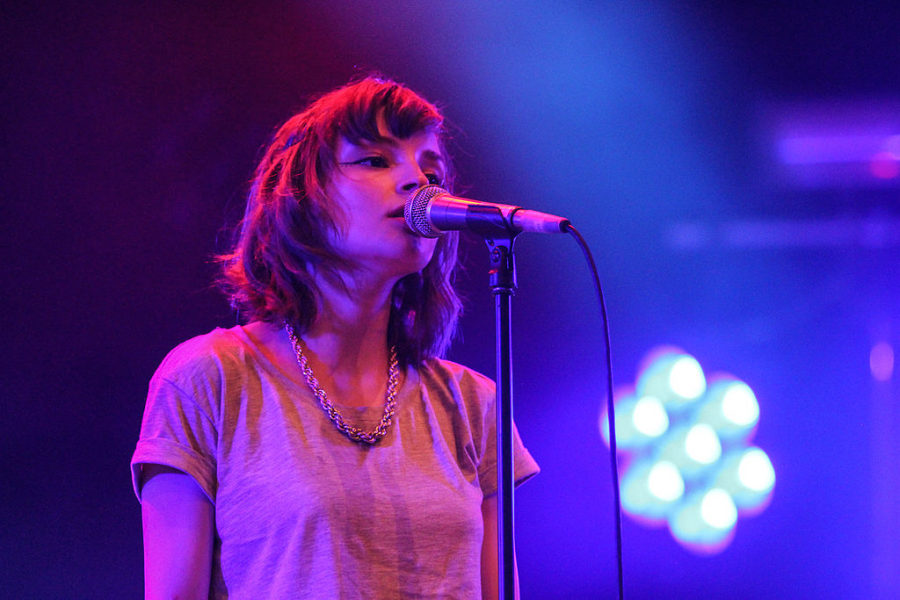 Ethereal electro-pop band CHVRCHES debuted their second album last week. The Glasgow group fronted by singer Lauren Mayberry became internationally known for their first album—thanks in no small part to their grueling, constant touring schedule. The new 11-track album Every Open Eye kicks off two months of touring around the United States and UK. Here's the video for their song “Never Ending Circles”:

But with their wildly devoted fanbase, CHVRCHES has also become the target of misogynistic bullies. Mayberry spoke up in a widely read column last year about the toll that the constant stream of sexist comments takes on her. “Why should I cry about this?” wrote Mayberry. “Why should I feel violated, uncomfortable and demeaned? Why should we all keep quiet? Women are spoken to like this every day, and not just those deemed to be in the public eye.”

Mayberry recently got the chance to discuss these issues with none other than Corin Tucker of Sleater-Kinney. Go check out their whole conversation in Interview magazine, but here’s the exchange that struck me the most:

CORIN TUCKER: I think that you've brought a lot of awareness and activism to people's minds about sexism, online misogyny, and you seem to be a really natural leader and public speaker. Would you ever consider going into politics in the future?

LAUREN MAYBERRY: Oh god. For me, I enjoy working with people. That seems simplistic, but whenever I'm distressed, angry, and want to feel like something can be done about something, it feels better when you surround yourself with people. I think I'd rather work with a grassroots organization than in politics. I'm not sure I'd be the best politician because I don't think I'm good about tactfully tiptoeing around questions in the right way.

TUCKER: Maybe in 20 years we won't need to tactfully tiptoe around things.

MAYBERRY: I did an interview today with a reasonably respected British journalist and he actually asked me in the interview, “Do you think you'd like to take some time out of music in the next few years to focus on your personal life? I don't know if you have a partner but have you considered how you would juggle children with touring?” I had never been asked that question before. I was like, “Well that's not really your business, pal.”

TUCKER: Do you think a male musician would ever be asked that question?

MAYBERRY: Well, I didn't want to scream on the phone at him. In my head, I was like, “I'll find a polite way of getting out of it.” I figured if I was like, “Dude that's incredibly rude, condescending, and offensive,” then I'm going to get tired of [being] that person who does that all the time. It's inevitable that people are going to find out about my natural, god-given feminist rage. People are like, “Why are you angry all the time?” It's like, I'm not angry. I'd like to think I'm a reasonably nice person, but unfortunately when those conversations come up, it does make me angry. It should make people angry. I did wonder in the interview if this guy was real-life trolling me.

I love that point about not being an “angry” person—but when bullshit happens, of course you’re going to get angry! You have a right to get angry. The “what’s going to happen when you have babies?” question does sound like it’s straight out of a parody of what questions men ask female artists. It reminds me all-too-eerily of this satirical “Men Who Rock” feature in Seattle newspaper The Stranger. I hope we don't have to wait 20 years for women to be able to play in bands without facing sexism like this!

Relevant: Once Again, Not a Single Female-Fronted Band Headlined Coachella 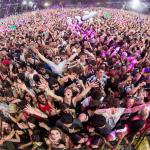 by Sarah Mirk
The last time the festival had a female headliner, it was Bjork—almost 10 years ago.