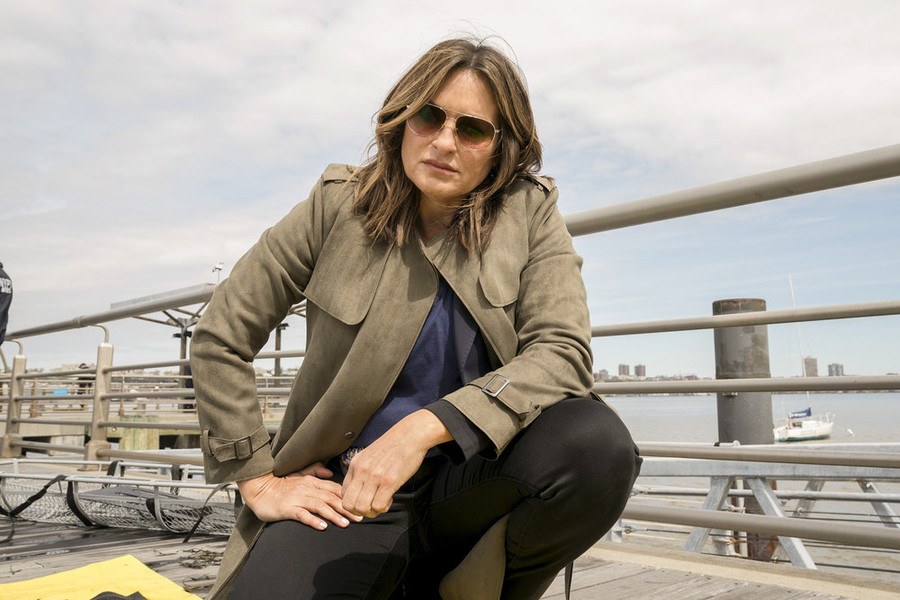 Marginalized people are often bombarded by the misguided message that our proximity to pain is one way to gauge our worth, so finding joy in anything, even the pop culture we consume, can be perceived as a radical act. And few things compare to the joy I feel when I hear the “dun dun” that signals a new episode of Law & Order: Special Victims Unit (SVU), the longest-running prime-time series on TV. SVU, which centers on four detectives working at Manhattan’s Special Victims Unit, follows a basic formula: No matter who the actors are, there’s always also a squad captain, resident psychologist, lead medical examiner, and a district attorney who work alongside the detectives to solve crimes and prosecute perpetrators.

Their personal relationships and struggles are intertwined with the case-of-the-week, and though there have been multiple shifts in the core characters, the formula for the show has remained the same: Nearly every episode opens with the discovery of a victim. SVU is called in, and as they work the case, they uncover a twist or two that deviates from the expected motive or outcome. In Dick Wolf’s formulaic world, victims are always believed, cops are dedicated to catching bad guys, and justice is always served, no matter how long it takes. It’s almost ironic that marginalized people, including Black people, non-Black people of color, and survivors of sexual violence so closely follow the show, given the ways that the justice system leaves them out.

In a way, though, SVU offers a form of healthy escapism for people affected by unjust systems, as being able to see justice unfold onscreen can serve as a stress release for the show’s dedicated fanbase, who meme, study, and closely follow the show on NBC and channels that run rerun marathons and know every beat of the iconic theme song. These devoted viewers aren’t necessarily looking to submerge themselves in a fantasy world where they’ll be believed. Instead, they’re searching for reprieve from a world that constantly reminds them that it would rather see them suffer than receive justice. Earlier seasons didn’t shy away from addressing these disparities in the criminal justice system: In the Season 3 episode “Rooftops,” Detective Fin Tutuola (Ice-T) confronts Captain Donald Cragen (Dann Florek) about the lack of support that the media and the police force provides to Black girls who are victims of violent crimes. “If this were happening on the Upper West Side, the police would be all over it,” Tutuola says. “Instead, you have four cops on it. Does that look like justice to you?”

SVU has also addressed the inequalities that rape victims face both within the world of the show and in real life. In Season 9’s “Undercover” episode, Olivia Benson (Mariska Hargitay) goes undercover at a women’s correctional facility to root out a corrupt guard, and while on this case, she’s sexually assaulted by the culprit. She begins wrestling with her newfound status as a survivor, and in future seasons, Benson regularly attends therapy. In the Season 12 episode “Behave,” Vicki Sayers (Jennifer Love Hewitt) is raped for the third time by the same perpetrator, leading Benson to confront the rape-kit backlog that plagues many real-life survivors. Along with her partner, Elliot Stabler (Christopher Meloni), Benson tracks Sayers’s case across California and New York and similar cases in Chicago and Los Angeles.

Houston has a backlog of 4,000 rape kits; Birmingham has 2,000 rape kits untested; there are 4,100 untested rape kits in Phoenix; and, in Detroit, Benson discovers that there are 16,000 rape kits, and only 1,200 kits have been tested. This episode, in particular, persuaded Hargitay to bring offscreen awareness to the prevalence of America’s rape-kit backlog. When Benson later becomes a lieutenant and the leader of the Special Victims Unit, she wrestles with the grayness of the justice system because it conflicts so deeply with her personal beliefs about violence, especially sexual violence. In the Season 19 episode “Info Wars,” Benson’s personal limits are tested when a conservative pundit with views that oppose hers is sexually assaulted at a college campus protest.

“Martha, I am not a fan of yours and I think that your views on sexual assault are reprehensible, but you are a survivor and I really want to help you get justice,” she tells the victim. “Then how about you drop the armor? How about you start talking to me like a human being, not a media personality? Can we do that? Can we… can we just talk?” As SVU’s landmark anniversary approaches, I’m reminded that the show’s success isn’t based on how it has changed the social landscape but rather the sense of reprieve it can offer to its most vulnerable audience members. And in an age when pain and trauma are almost inescapable, the opportunity to step into humanity and experience release via an imperfect and at times problematic television show is a luxury that’s not nearly afforded to enough people.

Though worthy of critique, SVU’s ability to transform traumatic experiences and turn them into sensationalized entertainment isn’t completely negative. In fact, even as more recent seasons have fumbled in their interpretations of hot-button issues such as domestic violence, Gamergate, and Black Lives Matter, there’s still comfort in seeing attention drawn to issues that are otherwise twisted and placed under an unnecessary microscope. The racial and gender dynamics of the show continue to be a controversial point for the show’s legacy. Though it tries to give nuanced discussions of violence across racial and gender lines, a majority of SVU’s survivors continue to be white women.

Additionally, recent seasons have shifted to focus on the squad’s biases, even seeming to lean in favor of colorblind ideologies that fall short of giving characters of color the same care afforded to white characters. This is particularly true for the episodes that centralize Black survivors of violence, as opposed to non-Black people of color, although recent seasons have included similar missteps in the portrayal of racial nuance. (Season 20’s “Zero Tolerance” episode serves as SVU’s commentary on immigration and xenophobic immigration policies that target Latinx communities.)

In an age when pain and trauma are almost inescapable, the opportunity to step into humanity and experience release via an imperfect and at times problematic television show is a luxury that’s not nearly afforded to enough people.

Examining who is seen in the role of the survivor—and whether they are sympathetic or imperfect, and how the detectives’ personal biases impact the survivor’s case—greatly impacts the show itself. In “Funny Valentine,” which is SVU’s commentary on Rihanna and Chris Brown’s domestic violence case, the show falls short of extending the same sympathies towards singer Micha Green (Tiffany Robertson) after she experiences domestic violence at the hands of her rapper boyfriend Caleb Bryant (Roca). The episode ends with her death and the audience is left on a note of melancholy and victim-blaming, for if Micha had only accepted SVU’s help in putting Caleb on trial and sending him to prison—playing right into the white saviorism trope, mind you—she would still be alive.

“Spousal Privilege”—a Season 16 case following domestic violence between a prominent football player and his wife—follows a similar pattern. At the end of the episode, there’s more judgment than sympathy directed toward women survivors who don’t conform to the show’s understanding of what a “victim” is supposed to look and act like. Despite holding its biases out in the open, the show also doesn’t shy away from necessary critique and acknowledging the imperfections it portrays. And in turn, it does a better job of opening much-needed dialogue on the state of violence and social justice onscreen.

Still, viewers know that most episodes will end with perpetrators being held accountable for the harm they’ve committed, and survivors taking the next step toward healing. Even when marginalized folks understand better than anyone how elusive these neat resolutions can be for folks that look like us, seeing evidence of it existing at all is a comfort. No matter how dark the world gets, our spirits can be reinvigorated by the reminder that light always exists. For better or worse, SVU commits to the cases that are raised in the show and take them with as much seriousness as they can muster. And that’s a standard that I’m happy to hold my “guilty pleasures” to.

Read this Next: Olivia Benson Believes Me