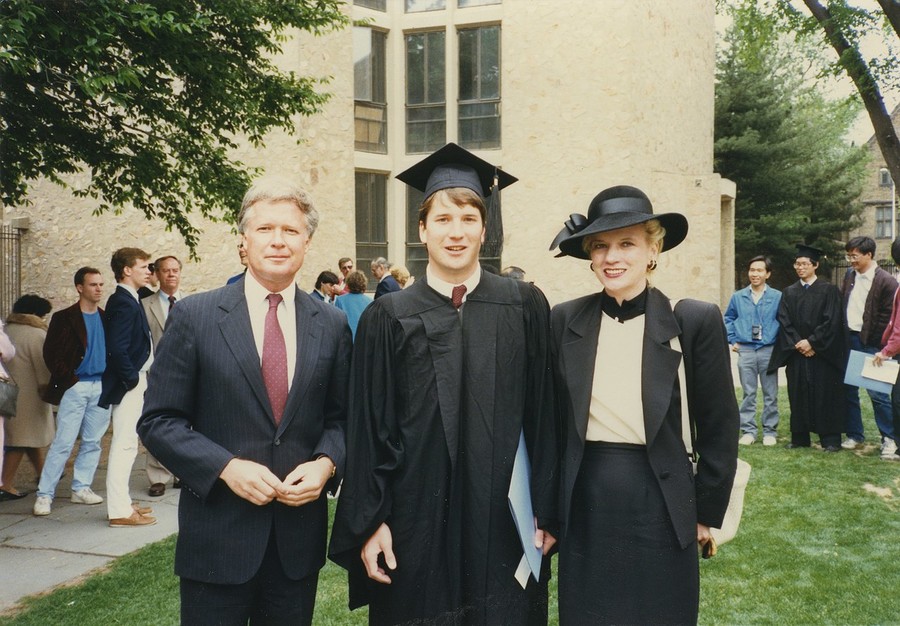 Applying to law school was weird. In 2015, I wasn’t sure I wanted to be a lawyer, but I knew I wanted to pursue a career in public service, maybe as a researcher or a policy worker or a journalist, and law school seemed like the smartest track. During the process, the most common advice I received was “go to the highest-ranked school you’re accepted into.”

I was a straight-A student graduating college with honors at the top of my class. But the unimpeachable benefit of an “elite” education didn’t initially appeal to me. My mother was the product of public schools, and the private high school I went to was wrought with politics, racism, and, frankly, bad teachers. Still, I was told law school would be different, and some jobs wouldn’t even look at your resume if you didn’t attend a top school. So when, to my surprise, I got into almost every school I applied to, I took the advice. I passed on scholarship money and the programs I had my heart set on and committed to the highest-ranked school I got into.

Law-school culture, as I would learn, is also weird. During orientation, we sat through nerve-racking seminars about time management, networking, and career building. Toward the end of orientation, the whole incoming class poured into a big lecture hall for the event many of our stomachs had been churning over: the character and fitness talk. We listened as professors and administrators told us about some states asking about our mental health on the bar exam, certain kinds of treatment or diagnoses possibly impacting our eligibility, and lawyers being  held to a professional code of conduct that would govern our lives the whole time we practice.

Brett Kavanaugh is the product of elite law-school culture, among many other toxic-waste-like catalysts (a life of privilege, toxic patriarchy, ascribing to conservative politics, having literally no moral compass). During his confirmation hearing on September 27, after Dr. Christine Blasey Ford publicly recounted him allegedly assaulting her during a high-school party, he went on and on about being admitted to Yale, how he worked so hard to get there, and how he studied and rose to the highest levels in the government. I didn’t know whether to burst into tears or roll my eyes until I made myself too dizzy with rage to keep listening.

It’s not that an elite education like the one Kavanaugh received, and like the one I’m receiving right now, is inherently bad. It’s that the privilege imbued in such an education can give rise to the righteous assumption of inculpability, that elite is somehow synonymous with morality. And it’s a self-perpetuating phenomenon: Every time Kavanaugh used Yale to virtue-signal his goodness, somewhere another student just like him looked at that and thought they too were safe from reproach.

But Kavanaugh’s facade of being a perfect student at a top-law school doesn’t fool me because I know students like him, who leave nasty comments about how all lives matter on Facebook and then sit in the row in front of me in constitutional law, or who wear NRA baseball hats to our federal-appeals-process class on the same day as a national gun-violence walkout. I know students who drink excessively and post about it on social media, but are also quick to advise against declaring your politics in case a future client won’t approve. When Kavanaugh invoked his Yale education, he was hoping people would only see the gilded image of these institutions that persists in our society. But beneath the veneer of elitism is a culture obsessed with its own superiority, mired by a stifling dynamic that disallows basic human conditions while enabling and protecting the most privileged among us.

Just months after orientation, for example, I sat in a Professional Responsibility Class reading about people who had their bar applications held up for seeking inpatient treatment for mental health, or for posing nude for a men’s magazine. Juxtaposed against this culture of suffocating perfection were regular parties where excessive drinking seemed to be the main event and there were whispers of hard drug use. The hallways were full of judgmental comments about peers who wore low-cut tops and adult students literally shushing other adult students when they mentioned marijuana or used profanity at lunch.

For all the grandstanding about morality and character, the law is no exception when it comes to suffering a scourge of sexual harassment and violence.

Unsurprisingly, law school is a cesspool of privilege: admitted law students are overwhelmingly white and students of color are most commonly admitted to lower-ranked law schools. While women are the majority of admitted law students, they make up only a third of the profession. And the number of women and Black lawyers decreases the higher up the professional ladder you climb. Meanwhile, lawyers are more likely to suffer from depression, but concern over bar admission and widespread stigma makes students reticent to seek help. A 2014 Yale Law school study found that over 70 percent of their students were dealing with mental-health issues, and that many students were not seeking treatment because they feared their confidentiality would be violated.

Dysfunction in law school and the profession as a whole is no secret. In a 2015 article in the New York Times, students and professors lamented the focus on high-paying firm jobs that demand long hours, saying that students often find themselves “redirected” from public-service work thanks to the pressure to get hired at a big firm. And it’s no coincidence that studies show lawyers who work in public-service jobs are happiest, though they make less money. (Still, many students graduate law school with too much debt for a public-interest salary to be a tenable or appealing option—a quagmire that creates its own set of privilege-based issues.)

For all the grandstanding about morality and character, the law is no exception when it comes to suffering a scourge of sexual harassment and violence. Consider former Judge Alex Kozinski, who stepped down from his position on the Ninth U.S. Circuit Court of Appeals, in 2017, when allegations of sexual misconduct surfaced about him. Yale alums have also spoken publicly about problems in the prestigious clerkship application process and demanded to know if Yale was aware of Kozinski’s pattern of abuse, which of course brings us right back to Kavanaugh. Recently, Yale law school professors and clerkship committee members rightly came under fire for telling students Kavanaugh liked his clerks to have a “certain look” and to “look like models.” I couldn’t help but think of that as I listened to Kavanaugh insisting that he couldn’t be a sexual predator because he was such a good student at a fancy school.

Watching the hearing last week, I remembered that orientation session about being an upstanding citizen. I thought about conversations I’ve had with friends, worrying that seeking mental-health treatment or even sending a dirty text could come back to bite us, all while men like Kavanaugh partied and assaulted their way through their education. And I thought about double standards and how privilege dictates the set of standards to which we are held.

How "Fargo" Captures the Sad Realities of Toxic Masculinity