The Laws Are Struck Down, but the Tragic Impact of Texas's Abortion Laws Remain | Bitch Media

The Laws Are Struck Down, but the Tragic Impact of Texas's Abortion Laws Remain 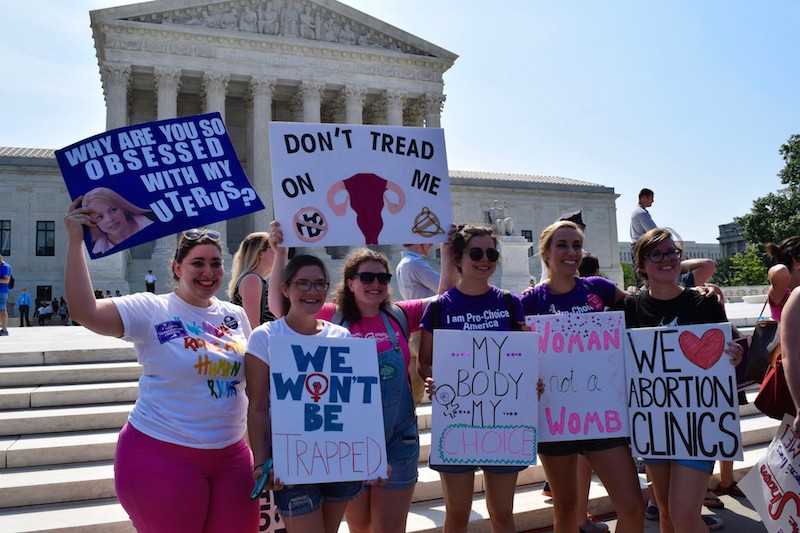 Reproductive rights advocates are still doing a little victory dance after yesterday’s win at the Supreme Court. In a 5-3 decision in the case of Whole Woman’s Health v. Hellerstedt, the justices ruled that Texas’s abortion-restriction laws are unconstitutional. But what does the decision actually mean for Texans and for abortion rights around the country?

Despite the Supreme Court’s decision, there’s no undoing some of the damage that Texas’s controversial bill—called HB 2—has already wrought. The bill, passed in 2013, bans abortion after 20 weeks and requires clinics that provide abortions to be built like hospitals—those changes would have cost clinics $1 million or more to implement. Instead of facing those facility changes, many clinics closed their doors. It’s impossible to gauge the human impact of abortion-clinic closures across Texas. Before the laws were passed, the state, which has a population of 27 million people, had 41 abortion clinics. Dozens of clinics shuttered, leaving only 18 clinics open today. As the Supreme Court struck down the law, I was thinking about all the needless suffering HB 2 caused in the past three years for the people who live with threats of violence because they perform abortions, the undocumented women who lived in fear of being stopped by border patrol while driving hundreds of miles to the closest clinic, the people who performed DIY abortions at home. The laws that made these terrifying situations is now null, but that doesn’t mean their tragic impact just disappears. 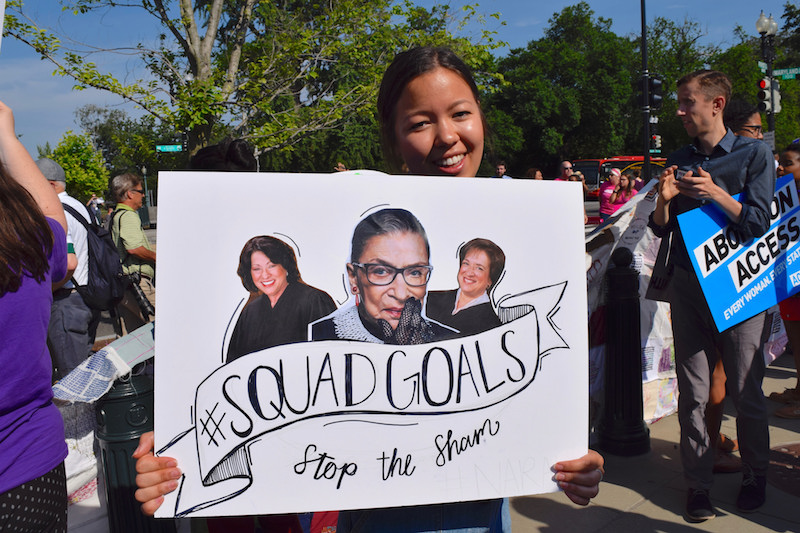 Some love for Justices Sotomayor, Kagan, and Ginsburg outside the Supreme Court yesterday. Photo by Jordan Uhl (CC)

Plus, it could take years for shuttered Texas abortion clinics to get up and running again. As Emily Crockett reported at Vox, reopening a clinic can cost “hundreds of thousands of dollars,” and clinics will have a hard time hiring back staff who were laid off en masse three years ago. “People often say, ‘Are you going to reopen if you win?’ And it’s not just a matter of will or gumption,” Amy Hagstrom Miller, the lead plaintiff in the case and the CEO of the Whole Woman’s Health clinic, told Vox. “Philosophically, my answer would be, ‘Hell yeah.’” But the financial barriers might stop many clinics from opening up again.

Texas’s laws aren’t an anomaly—they’re part of a very effective nationwide campaign to chip away at abortion access. Instead of attacking abortion rights at the federal level, right-wingers have realized it’s easier to roll back access to abortion via Republican-controlled state legislatures across the country. That means the ruling in the Whole Woman’s Health case paves the way to repealing similar abortion-restriction laws around the country. As this New York Times map shows, half of the states in the country have laws on the books similar to Texas’s unconstitutional measures.

There’s already good news on this front: This morning, the Supreme Court declined to hear cases involving similar abortion-restriction laws in Wisconsin and Mississippi, which had already been declared unconstitutional by a lower court. The laws had threatened to close Mississippi’s sole remaining abortion clinic. This morning’s announcement means the laws will have to be struck down.

After yesterday’s news, Nancy Northup, president and CEO of the Center for Reproductive Rights, made clear that the next step was fighting abortion restrictions across the country. “This tremendous victory renews the promise of Roe v. Wade for the next generation. We will not stop fighting until access is restored for all women in the U.S,” she said in a statement.

It’s a sad political climate when the big news we have to celebrate is the repeal of laws restricting our right to reproductive healthcare. Wouldn’t it be nice to celebrate the expansion of rights instead? The right-wing strategy to chip away abortion rights state by state has made reproductive rights advocates play an expensive and politically dicey game of whack-a-mole instead of being able to put time, energy, and money into making abortion and birth control more safe and accessible for all. What would it look like if organizations like Planned Parenthood and the Center for Reproductive Rights didn’t have to spend so much time playing defense? We’d very likely have better sex education nationwide, much better access to long-term contraceptives like IUDs, and lower unplanned pregnancy rates. In short, we could actually move forward rather than having to fight tooth and nail so we don’t take big steps back.

by evmaroon@hotmail.com
One judge has blocked unconstitutional laws banning refugees and making abortions much more difficult to obtain.