What, like It’s Hard?The Enduring Legacy of “Legally Blonde” 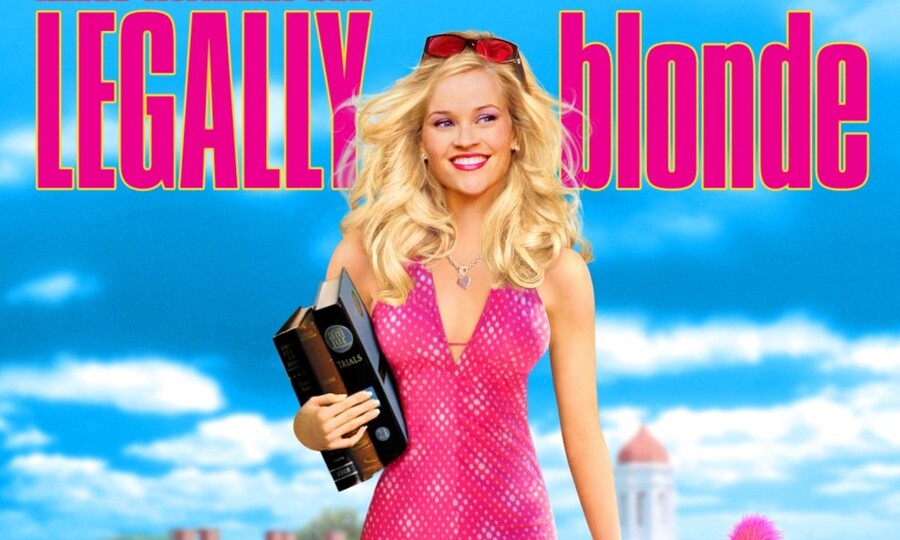 When Legally Blonde (2001) hit screens in 2001, it was simultaneously praised and critiqued. Jessica Winter, then a writer for the Village Voice, claimed the film was a “junk food movie striving to be nutritious,” sarcastically praising protagonist Elle Woods (Reese Witherspoon) for her ability to “memorize facts, smile big, and look into people’s eyes.” (Roger Ebert, on the other hand, said the movie was “impossible to dislike.”) Twenty years later, we can better sympathize with and understand Elle because the mainstream media has made greater strides in recognizing the ways in which we all suffer at the hands of misogyny and the male gaze: She’s not a tool of the patriarchy; she’s in the fight against it. Much like we can revisit our treatment—and, more broadly, the media’s treatment—of women in pop culture, we can also revisit the way we responded when we first met bubbly, blond Elle. On the surface, Legally Blonde is simply a feel good movie about a woman who does a silly thing by following an ex-boyfriend, Warner Huntington III (Matthew Davis), to Harvard Law School after he dumps her for a “more serious” woman. In an amusing turn of events, however, she excels at Harvard and eventually uses her knowledge of hair treatments to solve a murder case.

It’s worth noting that Legally Blonde was directed by a man—Robert Luketic in his feature-length directorial debut—despite the screenplay being written by two women—Karen McCullah Lutz and Kirsten Smith. Luketic’s directing may have been why a movie like this was able to get off the ground: With a male director, a movie about a seemingly dumb yet ultimately likeable blond isn’t a threat to male audiences or male industry leaders. It could also explain why Legally Blonde didn’t go farther in its radicalism, preferring, instead, subtle subtext to paint the wider political picture. What some critics, especially female critics, knew to be true at the time of its release, and what we understand even more now, is that Legally Blonde is a deep exploration of how men perceive women, the ways in which women demonize other women for the ways men perceive them, and the trap of being the “whore” versus the always pure “Madonna.” Elle taught a generation of women to not give in to the ways they “should” be and encouraged them to ask, “How do I see myself?”

Legally Blonde tacked traits that were (and still are) often mocked or criticized by mainstream media onto the singular Elle and her heart of gold. The film was released during a difficult time for women in the public eye: The early 2000s were wrought with misogyny, both internalized and externalized, and our pop culture reflected that. Any woman who went from “pure” to “sexually active grown woman” was terrorized in the press. That was the norm. Legally Blonde came out a few years after the very public (and brutal) Monica Lewinsky scandal, in which then-President Bill Clinton was caught taking advantage of his White House intern. Lewinsky quickly became a nationwide laughing stock, which lasted for nearly 25 years. Yet, while some wagged their fingers at Clinton, he came out of the scandal relatively unscathed. If we put Elle in a line-up with other women of her time—Anna Nicole Smith, Paris Hilton, Britney Spears—or any celebrity that crossed the “line” of what was considered “acceptable” female behavior, we see that the media treated her character the same way it treated these female celebrities.

Legally Blonde was sold as a tale of empowerment meant to challenge these misogynistic norms, alongside films like Erin Brockovich (2000), Bend It Like Beckham (2002), and She’s The Man (2006). In the early 2000s, women, famous or otherwise, were being told to find empowerment while also being constantly attacked simply for being women. Like Elle, women were expected to be feminine, but not too feminine for fear of not being taken seriously, or worse, being taunted, harassed, or assaulted. Notions of what a woman “should” be play out most obviously in the relationship between Elle and her foil, Vivian (Selma Blair). Vivian and Elle are at loggerheads for the majority of the film. Warner, who is little more than a pathetic trust fund kid (yet hot by early 2000s standards of white attractiveness), is the object of both of their affections. He is, however, decidedly unworthy of either woman. Warner tells Elle that she’s not smart enough to go to Harvard (despite getting in on her own merits) in order to justify dumping her because he considers her “too dumb” to be the future wife of a politicial hopeful.

Their breakup encapsulates the film’s broader message. While dumping her, Warner explains, “I need to marry a Jackie, not a Marilyn.” Elle responds, “You’re breaking up with me because I’m too…blond?…. My boobs are too big?” In this scene, we see that, on some level, Elle knows which box she ticks. Now, 20 years later, we can unpack these categorizations and call them what they are: misogynistic and whorephobic (whorephobia is at the root of the Madonna-Whore complex). While some viewers may have sympathized with Elle, many did not (e.g., Winter’s review). Our responses to her character illustrate our individual reckonings with misogyny and the male gaze. We repeatedly see the ways Elle is punished for embodying the exact characteristics women are expected to embody. As the film nears its end, Professor Callahan (Victor Garber), who has acted as a leader to Elle’s cohort of students, betrays Elle’s trust. He makes a pass at her by placing a hand on her thigh. Vivian catches a glimpse of their physical closeness and assumes Elle has been sleeping with Callahan the whole time. This assumption undercuts any work Elle had done in convincing the other students, Vivian included, that Elle has real value beyond her looks and her sex appeal.

In one fell swoop, Elle is not only harassed, but also has the harassment weaponized against her. In the end, though, Elle comes out on top—she ultimately decides for herself who she is. Legally Blonde hasn’t simply stood the test of time;it remains relevant because of its prescient discourse around mainstream (and non-mainstream) feminism. It influenced a generation of young people, myself included, to take their lives into their own hands and refuse to bend to limiting, threatening gazes and gender requirements. Despite sexism from the likes of Warner and Callahan, and being failed by women like Vivian who chose to make snap judgments, Elle values herself. Eventually, Elle and Vivian come to their senses, kicking Warner to the curb and becoming friends. Elle solves the aforementioned murder, graduates at the top of her class, and doesn’t change herself to achieve her dreams. She was as powerful 20 years ago as she is today. Watching it now, one thing becomes clear: It’s not that Elle needed to be different. It’s that, perhaps, we’re only now able to recognize and honor her power.

Read this Next: Unpack Your Whorephobia 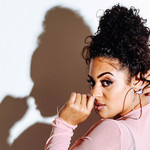 by Raquel Savage
What Sex Workers call “hoe aesthetics” are being incorporated and appropriated into declarations of liberation.