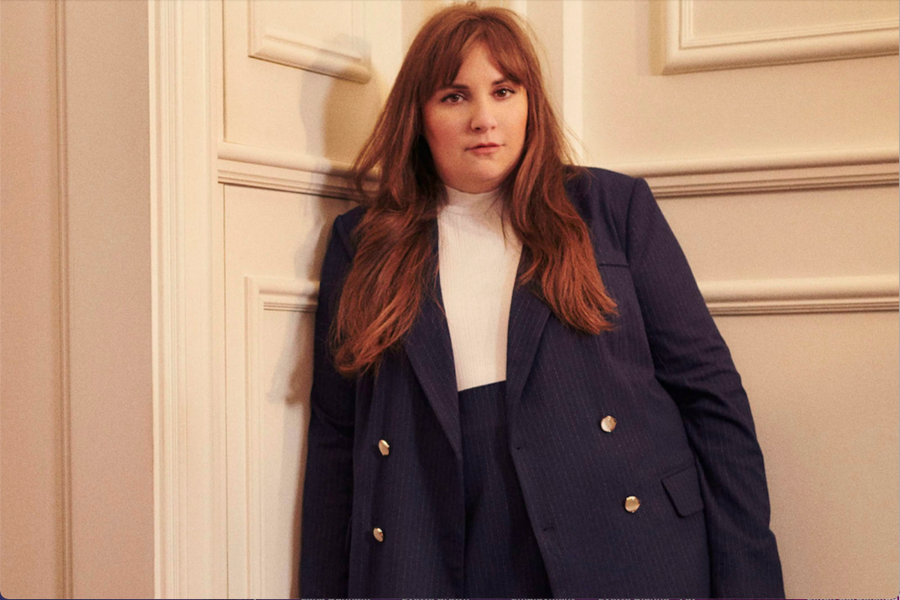 The pandemic has been a wild ride for fatphobia. From weight requirements that determine  which COVID-19 patients get access to lifesaving care to constant messaging about how to avoid gaining weight during lockdown, the past year turned up the volume on the ambient hum of fatphobic, body-shaming discourse. So perhaps it was only a matter of time before actor, producer, and director Lena Dunham chimed in as only she can. On April 6, she announced a capsule collection of luxury clothing for “plus-size bodies” for  the L.A.-based online retailer 11 Honoré. At first glance, the collaboration seems like a positive rejoinder to the incessant stream of cultural messaging we’ve been receiving about fatness. After all, everyone deserves the dignity of being able to walk into a store and shop for beautiful clothes designed for their bodies. And yet, this launch misses the mark in several key ways, reminding us, once again, that we can’t shop our way out of fatphobia and diet culture.

For starters, Dunham’s five-piece collection only goes to a size 26, three sizes bigger than the rest of 11 Honoré’s “size inclusive” clothing line. This might seem inclusive to straight-sized folks—many clothing lines stop at size 10 or 12, though the average pant size for a woman in the United States is between a 16 and 18—but in reality, this size range is actually offering up the bare minimum. Other plus-size brands, including Torrid, go to a size 30; Lane Bryant sells clothing up to a size 38/40; and eShakti goes to a size 36, with the option to create custom measurements for specific items. Claire Willett, a Portland-based lesbian playwright, novelist, and grant writer says Dunham’s launch “feels a lot like someone wants credit for being inclusive without still veering too far from conventional beauty standards.” Beyond the size limitations, Dunham’s line has a steep price point. Prices run from $98 for a tank top to $298 for a jacket, sparking even more questions as to how accessible and inclusive she’s aiming to be.

Ashely Tisdale, a Black feminist scholar from South Florida, wonders, “If Dunham is aiming to resist fatphobia, who can afford to join her?” That’s not the only concern: While prominent fat liberation activists loudly say the word “fat,” champion every aspect of living in a larger body, and push for the broader world to respect and accommodate fat bodies, Dunham seems to perpetuate an age-old shame and self-loathing. In the New York Times feature that attended her clothing collection’s release,  Dunham makes sure to mention that her recent weight gain is due to an adrenal insufficiency she developed after having COVID. To be clear: It’s awful Dunham experienced irreversible health consequences due to America’s failure to contain the pandemic. But her explanation for her weight gain, coupled with disparaging comments about her newly bigger body—bemoaning her “triple chin” and “gut like an old man”—read like a subtle way of saying she didn’t cause her weight gain like other fat people did.

Jordan Underwood (@jordallenhall), a plus-size model and fat activist, pointed out in an Instagram thread to their 16,000 followers that Dunham is casting judgment on elements of fatness while she herself is on the smaller end of being “plus” at a size 14. In the caption, Underwood says Dunham is infecting fat liberation with her “own self hatred and projection.” Dunham’s critique of the body-positive movement in the feature was similarly off base, calling it for “the privileged few who have a body that looks the way people want to feel positive.” There’s indeed room to critique body positivity—namely the way it has been co-opted by white women, and worse, the way it’s often weaponized against Black women. But calling it for the privileged few who “look like Kim Kardashian” is a statement that’s perplexing at best and damaging to the work of fat, queer, and Black fat activists at worst. Marianne Kirby, author and fat liberation activist, unpacked Dunham’s critique of body positivity (bopo) on Twitter, writing  “Fat liberation and bopo are not privileges. They are SURVIVAL MECHANISMS in a world that wants to erase fat bodies.” Dunham is not only further perpetuating fatphobic stigma in her discussion of her own body, but she’s also riding the coattails of the fat liberation and body-positive movement while completely disparaging it in the process.

That hypocrisy leads EJ Hutton, fat, queer, nonbinary writer and editor based in Seattle to say Dunham’s launch “feels very convenient and performative” and that Dunham isn’t considering the lived experience of “being a fat person, and to have been a fat person for the majority of your life.” It’s also worth considering why we haven’t outgrown the need for specialized plus-size lines, and whether such launches further marginalize fat bodies. As an alternative, we could imagine a world in which considering fat bodies while designing clothes would be an assumed norm rather than a lauded achievement worthy of being written about in the New York Times. Plus-size lines, then, are a double-edged sword—simultaneously granting access to those long forgotten in the fashion world while perpetuating the notion of fat as “other.” As Willett told me, she and many others dream of a future in which “a size 30 woman and a size 4 woman could walk into the same stores and go shopping together.”

True body positivity means moving beyond the idea that women above a size 12 need special clothes in a separate store that hide their bodies and mask their fatness. Not to mention, the dignity of buying clothes merely scratches the surface in terms of dismantling fatphobia. Inaccessible clothing is not a personal issue, but rather one element of a systemic, structural problem. Much like sexism and racism, fatphobia is baked into our society, poisoning every facet of daily life. While the freedom to dress and move through the world comfortably is undoubtedly important, so are legal protections, public policies, and social awareness that consider the daily and long-term impacts of fatphobia. Researchers across disciplines have noted how the stigma against larger bodies impacts people of all ages in the workplace, schools, and healthcare.

We can’t simply cloak fatphobia in beautiful fabrics or shop our way out of a widespread, deadly stigma.

Fatphobia makes it more difficult to get a job due to discriminatory hiring practices based on body size, and once you have a job, it’s legal to be fired based on weight in every state but Michigan. In terms of healthcare, the responses from prominent doctors to Krispy Kreme’s free doughnuts for vaccines initiative last month pointed to a larger bias among medical professionals. A 2015 study found that weight-based stereotypes are rampant among medical providers, and that these beliefs can lead to fat people receiving lower quality healthcare. So while many believe that having a larger body size puts you at risk for a slew of illnesses due to biological factors alone, the social aspect of being fat is deadly in and of itself. The cumulative stress of these individual experiences with fatphobic stigma over time lead to worse health outcomes and even a decreased life expectancy and hurts women of color the most, as fatphobia combines with misogyny and racism.

We can’t simply cloak fatphobia in beautiful fabrics or shop our way out of a widespread, deadly stigma. It’s great that Dunham has begun the baby steps of loving her newly larger body, but we can’t mistake her for the voice of fat liberation—especially since she can barely say the words herself. Dunham says this launch is only the beginning, and that she will soon expand to swimwear and pajamas. If this is the case, she first needs to extend the sizing options, and then perhaps read up on the legacy of fat studies and fat liberation that made her project possible in the first place. Fatphobia expands beyond feeling stifled in Spanx at a red carpet event, as Dunham recounts; it’s an ideology rooted in white women’s desire to be viewed as separate from Black women and one that has detrimental consequences for people across every facet of life. In the meantime, we can all dream up a world in which clothing options beyond a size 10 is not breaking news, but rather a yawningly mundane part of the backdrop.

Read this Next: Doughy Distraction 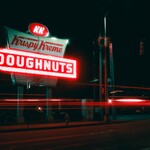