Across Time7 Lessons “Pose” Teaches Us about Survival 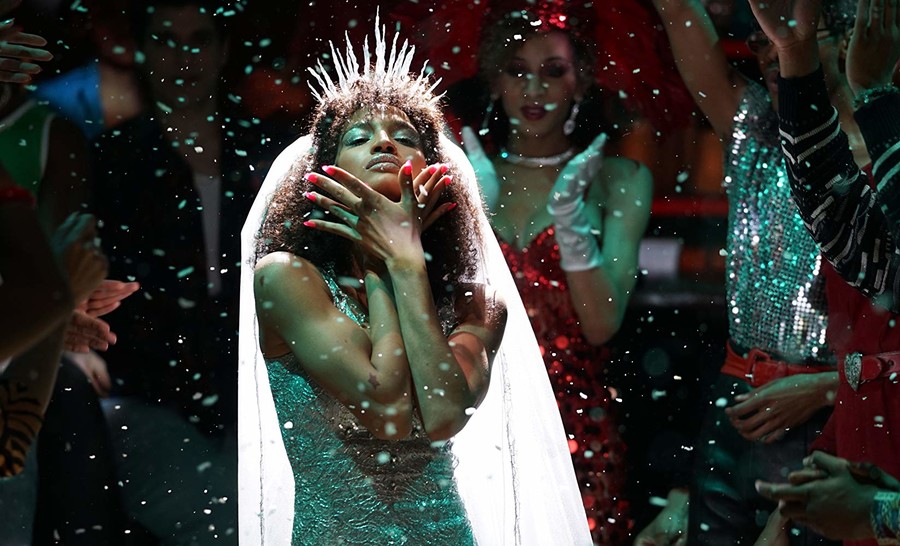 Pose broke new ground when it hit FX in summer 2018. Ryan Murphy and queer boricua screenwriter Steven Canals’s epic drama about New York City’s late ’80s ballroom scene not only stars an extensive cast of trans women of color and Black and brown queer people, but also has an array of talent from those communities, including Janet Mock, consulting, writing, producing, and directing the show. (Mock is now the first trans woman of color to write and direct a TV episode.) Overnight, people who’d long been denied accurate and respectful representation created a new standard for telling rich, genuine stories. Beyond the optics, the first season, which grappled with HIV/AIDS, trans fetishists, and even the impact of NYC’s real-estate boom, is really good. Pose exists in a New York that is long gone, but it sometimes feels like our queer and transcestors are using the show to send us messages across time.

I can only imagine the sacrifices you’ve made to be here, but it’s never a bad decision to choose yourself.

Elektra Abundance (Dominique Jackson), the legendary mother of the House of Abundance, knows that gender-confirmation surgery will ruin the transactional relationship she has with her sugar daddy. When she cries during her final consultation, her sympathetic doctor reminds her of the importance of choosing herself. “You will feel free. I’ve seen it with my own eyes and I marvel every time.” While all trans people don’t need to have gender-confirmation surgery to “feel free,” taking ownership over our bodies and destinies is a message that should resonate with all of us.

We do not have the luxury of shame.

House mother Blanca Evangelista (Mj Rodriguez) has to occasionally push her kids to achieve their dreams. Her first son, Damon (Ryan Jamaal Swain), fantasizes about attending the New School for Dance but intentionally misses his application deadline, thanks to a bout of imposter syndrome. Blanca drags him to the school and implores the dean of dance, Helena St. Rogers (Charlayne Woodard), to let Damon audition. When Damon protests, Blanca tells him that big dreams sometimes require taking big risks, but “we,” which could mean queer and trans, low-income, Black and brown folks, “don’t have the luxury of shame.” People who aren’t often afforded first chances are rarely given second ones, so Damon—and many of us—have to take opportunities when we can.

There’s a difference between inspiration and distraction.

After being awarded a scholarship, Damon splits his time between performing at balls and taking classes, but when he’s late to a rehearsal, St. Rogers talks with Blanca about his priorities. Damon has God-given talent, but commitment is his key to success. Some artists assume that we can commit ourselves to a number of different projects, and some of us can pull that off. But many of us have to master one task instead of half-assing them all. As Octavia Butler once wrote, “First forget inspiration. Habit is more dependable. Habit will sustain you whether you’re inspired or not. Habit is persistence in practice.” Perfecting your craft takes focus and dedication.

You can waste opportunities if you’re not 100 percent ready to take advantage of them.

When Damon lands a role as a background dancer in an Al B. Sure! music video, and is then invited on tour, Blanca attempts to slow his roll. Though she believes that touring will derail him from his professional dancing career, she lets him decide his own path. You never know when opportunities will arise, so it’s important to always be prepared. An opportunity that might seem big now might derail a bigger opportunity in the future. Don’t just build your résumé; build a legacy.

Life comes for all of us, and it comes hardest for the ones who think they’re above it all.

Though Blanca has left the House of Abundance to form her own house, she still visits Elektra as she recovers from her gender-confirmation procedure. Elektra is Pose’s antagonist, an emotionally abusive mother who treats her children like subjects instead of kin, and Blanca has been on the receiving end of her cruelty. She’s also the only one who visits Elektra in the hospital and uses the opportunity to give Elektra tough love. Superiority can’t comfort and support you.

None of us win when one of us gets beat down.

Elektra has to return to sex work and sleeping on park benches after sugar daddy kicks her out. When Blanca finds out about her situation, Elektra is surprised that she doesn’t revel in seeing her down. Blanca, a champion of the ballroom community and all the struggling, marginalized folks that make it the special place it is, reminds her that a loss for one person is a loss for all.

You have given Damon something that will allow him to soar in this world: self-worth. As long as he knows his life has value, he will be unstoppable.

In the Season 1 finale, St. Rogers tells Blanca that Damon’s scholarship is being renewed. St. Rogers also explains that many of her students’ have rich parents who use all their power to grant them access, but they still don’t succeed because they don’t know their worth. If your value is solely attached to what you can attain, then it won’t take much to bring you down.

Read this Next: House Mother Rules 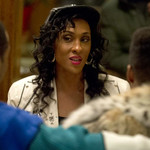 by Dr. Jon Paul
We must return the love and protection that trans women of color give us.