What Does it Mean If Ellen DeGeneres Isn’t Nice? | Bitch Media

A Queer Icon, a Terrible BossWhy It Matters That Ellen Can Be Both 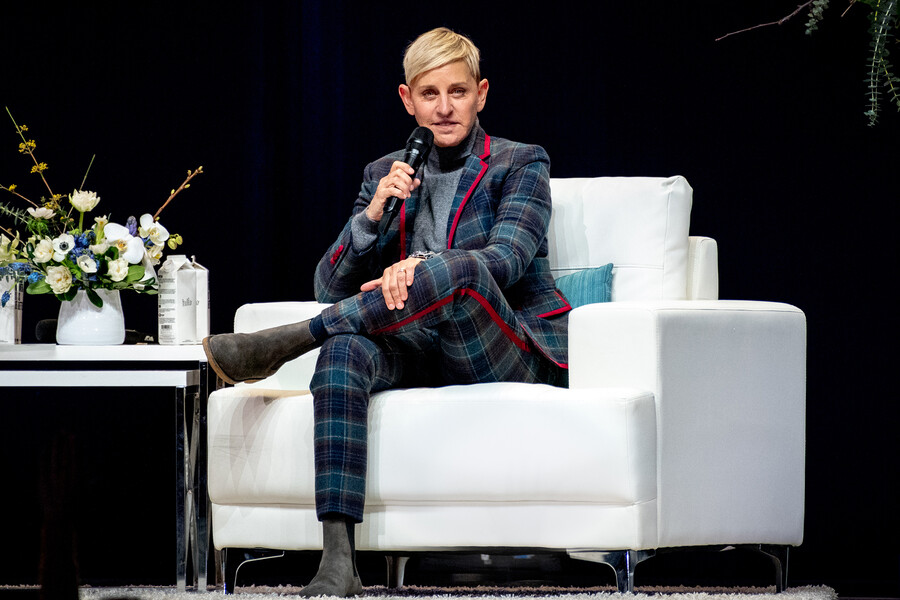 On August 4, Amanda Kerri wrote a piece titled “So We’re Canceling Ellen Because… She’s Not Nice?” for The Advocate. In the piece, Kerri posits that it’s unfair to cancel Ellen for what she calls not being “nice.” Too, Kerri argues that cancel culture has run amuck—an all-too-common argument especially by those working in media these days—and that if we want to cancel Ellen, we have to cancel actors who do blackface, and politicians who run campaigns where racism and sexual harassment run rampant. Two days later, LGBTQ Nation published a similar piece titled, “Ellen doesn’t have to be nice to you. She’s not your mom,” in which writer Pablo Asin insists that Ellen has done so much for LGBTQ acceptance that she’s earned the right to be a jerk to employees. “Ellen DeGeneres is without a doubt the celebrity who had done the most, ever, to advance the fair treatment of the LGBTQ community,” the LGBTQ Nation piece reads. “She’s also one of the most successful women in Hollywood. But this year a bunch of mediocre people have been trying to get her canceled for the crime of being a woman who is not nice enough.”

The pieces appear to be largely in response to reporting from BuzzFeed News reporter Krystie Lee Yandoli, who published a story about the “toxic work culture” at Ellen. Some, like Kerri, argue that it’s not Ellen’s fault if there’s a culture of disrespect and even abuse at Ellen. After all, she can’t be in all rooms at all times. But it doesn’t seem like such toxicity is a workplace anomaly—it’s the norm. “Most of the former employees blamed executive producers and other senior managers for the day-to-day toxicity, but one former employee said that, ultimately, it’s Ellen’s name on the show and ‘she really needs to take more responsibility’ for the workplace environment,” Yandoli wrote. The former employees interviewed by BuzzFeed detailed straight-up racism (one Black employee mentions being told that she’d likely be confused with another Black woman), sexual harassment, and retaliatory firing of employees who took personal leave. And, of course, there was the fear of speaking up about such behavior and being blacklisted: After all, it’s one thing to stand up to a toxic workspace; it’s another to stand against a brand built on wholesome kindness.

Two sentiments stand out in the responses to Yandoli’s piece and the more general Ellen-is-mean discourse. One is the idea that those attempting to push back on criticism of Ellen are doing so because niceness just isn’t that important; the second is that Ellen deserves more from us because of the strides she made for the LGBTQ community (assuming, of course, that assuming you believe that there is a monolithic LGBTQ community to begin with). “You seriously can’t get mad at her for not being as nice in real life as she pretends to be,” Kerri wrote. “You’re not as nice in real life as you pretend to be.” It’s worth sitting with the concept of niceness, especially for someone like Ellen: Sure, she came to show business in a far more homophobic time, but she’s extremely wealthy and extremely white. It doesn’t matter much if the average person isn’t extremely nice, but we’d sure like the people in charge of our livelihoods to be nice, or at least kind, or at least not interested in looking away as our bosses torture us.

As Constance Grady wrote in Vox in 2019, after Ellen was criticized for palling around with former president George W. Bush, “Is uncritical niceness to people who have made the world a worse place a good and admirable thing?” What does niceness seek to do when wielded by someone whose entire brand centers around presenting a generically nice, unthreatening lesbian who can remind viewers that gay people are just like them? In the United States, nice white people have either been violent themselves or allowed violence to occur right in front of their faces for hundreds of years, and it’s done little for the people around them who were experiencing that violence. It’s cool that Ellen’s 15-year presence on daytime TV made the straight moms of middle America less afraid of lesbians, but did it translate to material gains for LGBTQ people themselves? Is it any easier for trans women to get access to housing and employment? Are there protections in place for queer women who experience hate crimes and abuse?

Representation is always important. But it wasn’t so massive and game-changing that she deserves to be propped up and saved from criticism by fans. Regarding niceness, when I think of Ellen, I think of toxic positivity. Healthline defines toxic positivity as when “negative emotions are seen as inherently bad. Instead, positivity and happiness are compulsively pushed, and authentic human emotional experiences are denied, minimized, or invalidated.” The aligning of Ellen’s brand with toxic positivity seems true given that Yandoli’s reporting found that employees felt they had to pretend to be happier than they were while at work specifically because of Ellen’s brand of “niceness.” Nice people are supposed to be happy people—even at work, and even when they’re being mistreated. Nice people don’t speak up, and they definitely don’t say anything that would upset the face of niceness.

And that extends to the allegations of mistreatment at Ellen that were specifically about racism behind the scenes. In a July 2020 SELF essay titled “I’m Tired of Seeing Toxic Positivity in Response to Racism,” Tonya Russell explains that silence to preserve niceness can be especially violent when used as a tool against people of color. “As a rule, toxic positivity undermines the pain of others. Now especially is not the time for it,” Russell explains. “Grappling with the very real harms of racism in this country doesn’t feel good, but neither does toxic positivity to a hurting person.” If we continue to prioritize not only the feelings of white women, but the brands that are their livelihood over the experiences of Black people and people of color, we can’t act as if we really care about those who are being hurt. Instead, it just becomes the status quo, and more of the same.

If you aren’t able to challenge so-called queer icons, what happens when one harms you?

Asin’s LGBTQ Nation piece insists that “Ellen wouldn’t stand for” a toxic workplace, writing, “If a producer got handsy with a staffer in front of Ellen, he’d be gone.” But we can’t know that for sure. DeGeneres being a lesbian doesn’t mean she’s incapable of abuse, or that she’s inheretly nice or kind. This line of thinking is one factor that makes intracommunity abuse so easy not only to get away with, but to mask and justify. If all lesbians are incapable of abuse, how can you be abused by one? If you aren’t able to challenge so-called queer icons, what happens when one harms you? But we know that this violence can, and does, happen. The Centers for Disease Control and Prevention’s 2010 National Intimate Partner and Sexual Violence Survey found that lesbians, gay men, and bisexual people, reported violence at the same or higher rates as straight people.

What The Atlantic called the “same-sex domestic violence epidemic” in a 2013 piece is “silent.” Queer people can and do hurt other people. And even though this seems like an extreme take considering that Ellen, specifically, is not being accused of domestic violence, it’s the line of thinking that Ellen’s a lesbian, and so she must be harmless, that becomes a blanketed cultural understanding that lesbians are harmless. It only makes it more difficult for people to see what they’re actually experiencing. It’s nothing new for people to try to justify the bad behaviors of white women—yes, even queer ones—jumping to protest that they’re just being silenced because of sexism, or homophobia. So often because of this supposed-community that we’re a part of, and because of a general lack of representation, the message is that we should be grateful for what we have. And I am grateful for the queer people who came before me and made it easier for me to exist.

But I’m also deeply disturbed by the idea that paving the way means silencing everyone who follows in your footsteps. Rather, we get to be critical. It’s absurd that it feels like you’re failing your own community by holding them accountable. We should be able to critique Queer Eye’s classism, RuPaul’s apparent fracking empire, and anything else queer without feeling like we’re failing ourselves, and each other. As Kerri acknowledges, Ellen will be just fine, at least financially. What would canceling her actually look like? Is it even possible? I’d vote no. But it’s absurd to think that Ellen’s groundbreaking career means we can’t hold her or other queer celebrities and icons to respectful standards, particularly in the workplace. Kerri is right that none of us are perfect. But recognizing our own flaws isn’t meant to justify them; rather, it should make those of us who hold any power over others look inward just as often as we look outward.

Read this Next: In Favor of Straight White Viewers, “Queer Eye” Lives in the Middle Ground 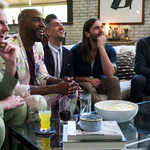 by Rachel Charlene Lewis
Many straight women love and enjoy “Queer Eye.” Does it hold the same weight with queer women?